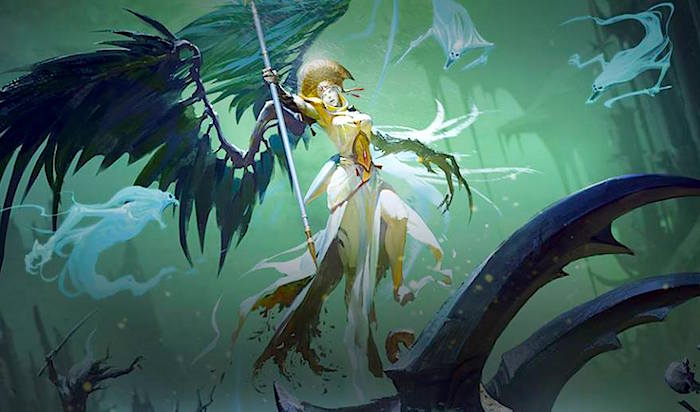 The Tabletop Spotlight is on Alarielle The Everqueen!

Our Friends at Dragon’s Lair Comics & Fantasy brought over the new “Centerpiece” model for the Sylvaneth Army – Alarielle The Everqueen and we were very impressed with it!

I know not everyone is a fan of this kit, but Michael and I both thought it was crazy good. The Beetle is really, really impressive! I loved all the little details on it with the extra twigs and leaves. Plus the underbelly had a surprising amount detail. The Horns are MASSIVE and the shell looks really cool, too. I know a lot of folks are comparing it to a Carnifex but really, this model is so different I just don’t see it – and I have 11 Carnifexes in my Tyranid Collection. I have a problem. 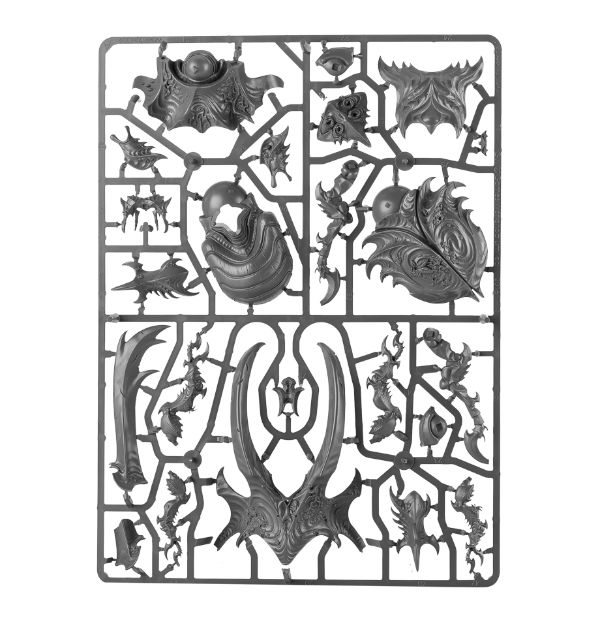 Alarielle herself is also an outsanding sculpt. The wings are really impressive with all the details you could see. Her actual body is also highly detailed – it’s basically an oversized single pose model – and it’s very clear she hasn’t been skipping leg day! Her Withering Talon had is also cool and I thought it was a nice touch. 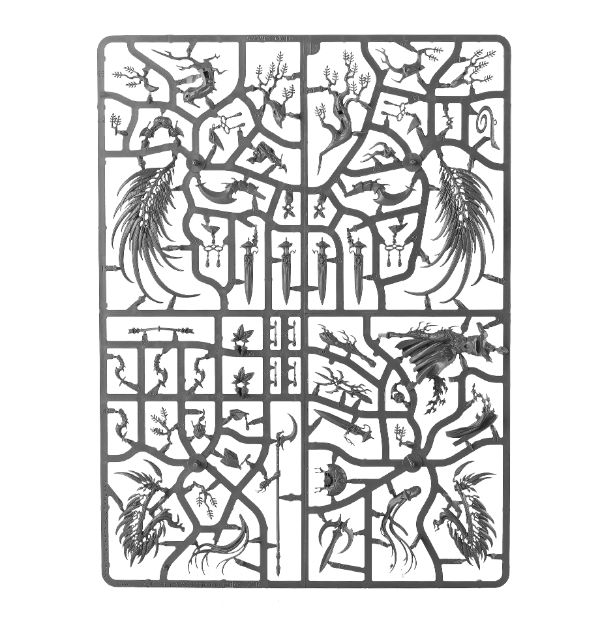 I think both models look really good on their own but they look incredible combined. As always, GW manged to cram a LOT of stuff on two sprues and it’s a very technically impressive kit. The cuts on the model are all really well done and the plastic kept all of that detail.

Overall, this is a fantastic kit – If you’re playing Sylvaneth this is the model you buy as the crown jewel of the army. Much like Nagash, The Celesant-Prime, and Archaon Everchosen, this is the anchor model for a range. These aren’t cheap kits by any means, but you only need 1 in your collection and they are outstanding models.

You can also check out GW’s full painting tutorial for this model if you want an even closer look at it built and assembled:

Alarielle The Everqueen is in stores right now. So go check it out!

Reborn from the land she loved in a soaring crescendo of hope, fury, loss and exhilaration, Alarielle the Everqueen is an ancient and powerful being. She is the goddess of life magic; where she treads, atop her immense wardroth beetle, new blooms scream forth in a riot of colour, strength and passion. She scatters soul amphorae across the Mortal Realms, each containing magical pollens that can coax new sylvaneth from the ground, or choke her enemies. The only match for the courage she instils in her allies is the hatred she feels for her foes – Alarielle the Everqueen burns with a fierce need for vengeance, and her enemies would do well to run.

This multi-part plastic kit contains all the components needed to assemble Alarielle the Everqueen, riding her gigantic wardroth beetle – a living battering ram covered in moss, fungi and decorated with soul amphorae and other trinkets. She wields the Spear of Kurnoth in one hand, and her other arm ends in the dreaded Talon of Dwindling. 79 components in total, with an appropriately huge Citadel 160mm Round base.

Author: Adam Harrison
Writer, Editor, Texas Native, and Austinite for 15+ years, Adam covers all things Tabletop Gaming. Which includes Warhammer 40,000, Age of Sigmar, D&D, Board Games and everything else that involves dice, boards, cards and a table. A hobbyist, player, and collector of miniatures and games, Adam's current obsession are his Death Armies for Age of Sigmar, his Blood Angels and Tyranids for 40k, and his ever growing Arkham Horror: The Card Game Collection.
Advertisement
Age of Sigmar AoS Order Games Workshop Miniatures Tabletop Spotlight Unboxing Videos
Advertisement 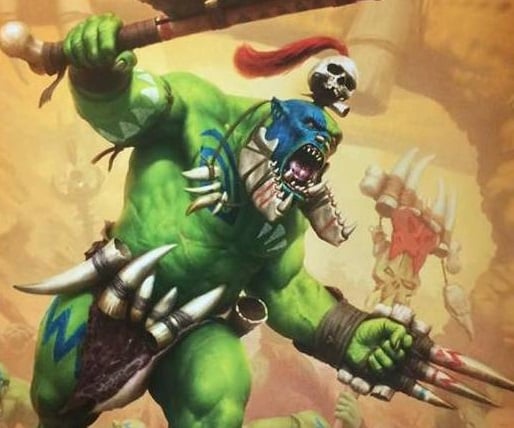