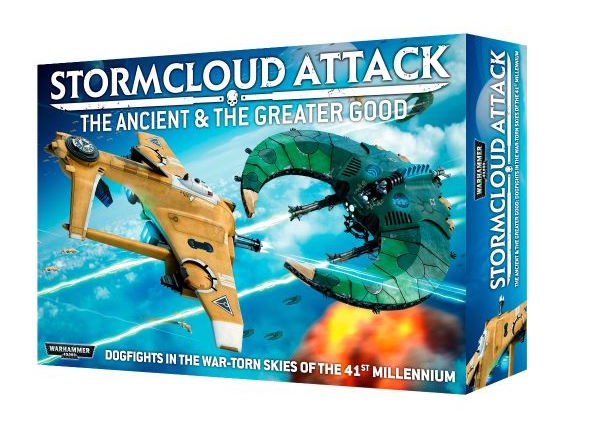 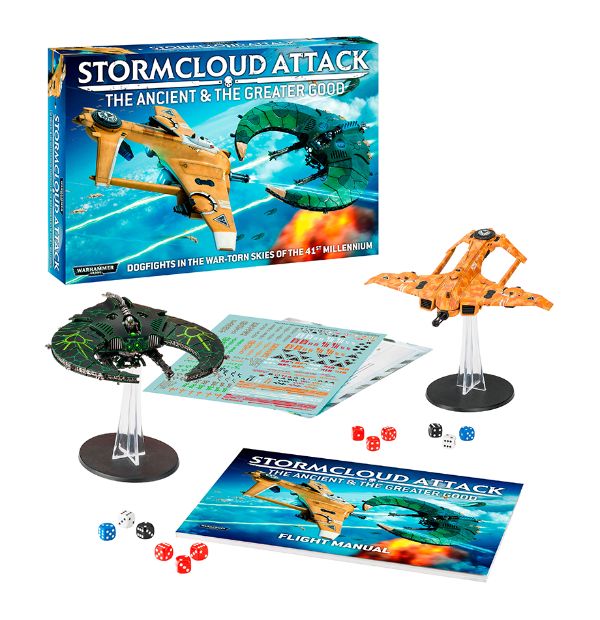 The Tabletop Spotlight is on Stormcloud Attack – It’s time for Dogfights in the 41st Millennium!

Games Workshop launched a brand new flyer game this past week: Stormcloud Attack. Evan from Dragon’s Lair Comics & Fantasy brought over one of the three different boxed sets to show off what exactly you’re getting into with this new game:

First off, I want to say I was skeptical at first. We’ve seen Games Workshop do this with other games like Imperial Knights: Renegade. If you were like me you were expecting this to be a bundle that was just a way to buy two flyers cheaply. You’re not wrong because it is a way to get two flyers at a discount – but this box comes with a whole lot more.

It shouldn’t be any surprise that the two kits in the box are the two plastic kits from Games Workshop. This particular set has a Night Scythe and a Tau Razorshark. Those two models have been out for a while and they are exactly what you’ve come to expect. What I didn’t expect was the rule book that came with the kit: 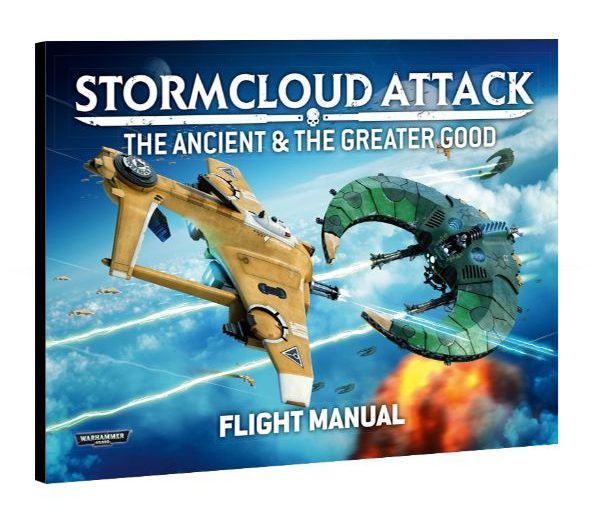 The Flight Manual has all the rules as well as a ton of color schemes and background for each of the two Flyers. There were some very interesting Necron paint schemes that caught my eye for sure. But really where this book shines is the new flying game. We go into quite a bit in the video but I will say I was surprised.  The rules for movement were so simple I thought I had missed something. You actually use the blue dice as your “direction” and then adjust the flyers position with that. It really is that easy. I thought maybe I forgot some type of movement guide or apparatus, but no – you just move the die around.

The game also has a unique engine power mechanic. This part can take a some getting used to but it has a handy reference sheet so following along is pretty easy. Most turns you’re going to move/move/fire or some other type of combination. And speaking of firing, combat is slightly different as well. The weapons, while probably very familiar to 40k Vets, have different stats and ranges. Along with firing arcs, it makes for some interesting aerial acrobatics to get your shots off.

The comparison to X-Wing or even Aeronautica Imperialis is a fair one – this game is similar but plays a lot different. After poking around with the rules a bit I’m not sure if I miss the maneuver templates or not. It’s not a bad system by any means; it’s just different.

One last thing I wanted to mention was that if you have a friend that already has a bunch of flyers they can also play this game with you. Every flyer on GW’s website has a free PDF with rules to use in this new Stormcloud Attack game. I’ve mentioned this before but I wanted to really stress that point: Free Rules for Existing Flyers! 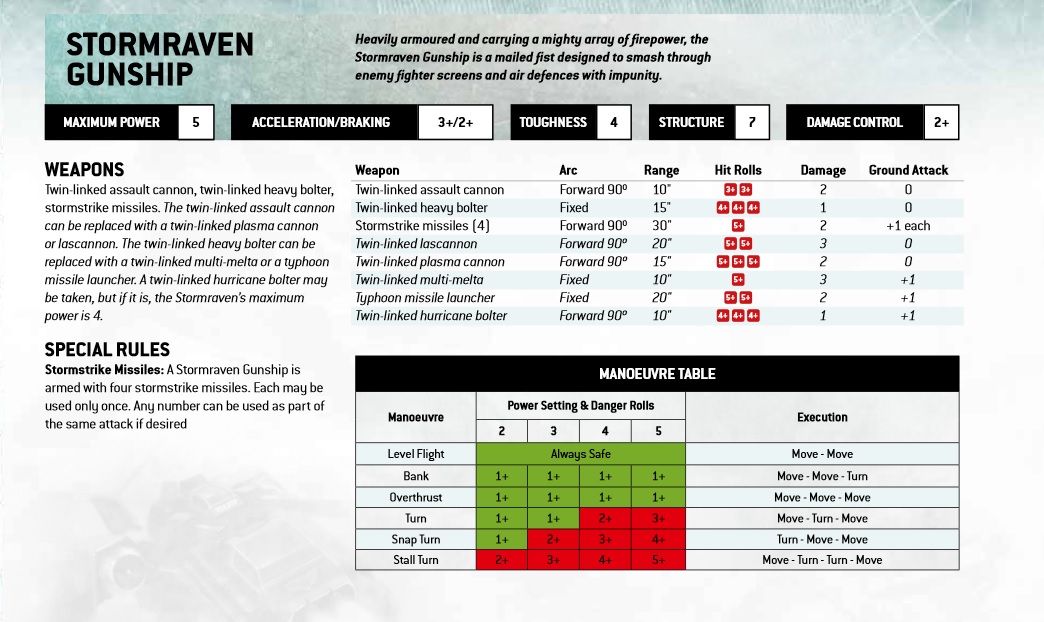 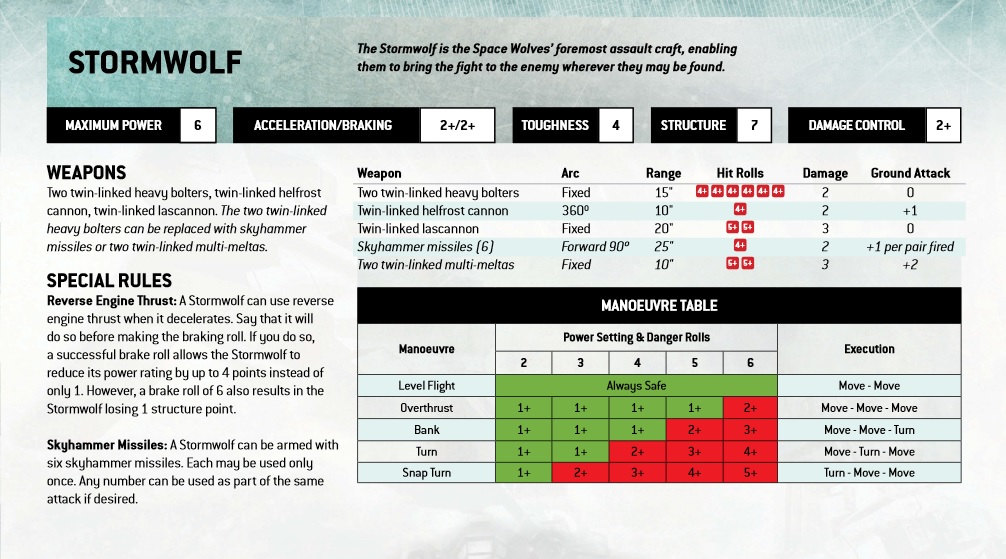 If you’re really into Flyers or if you’re just looking for a different way to play with flyers you already have then check out Stormcloud Attack – you just might be presently surprised like I was. 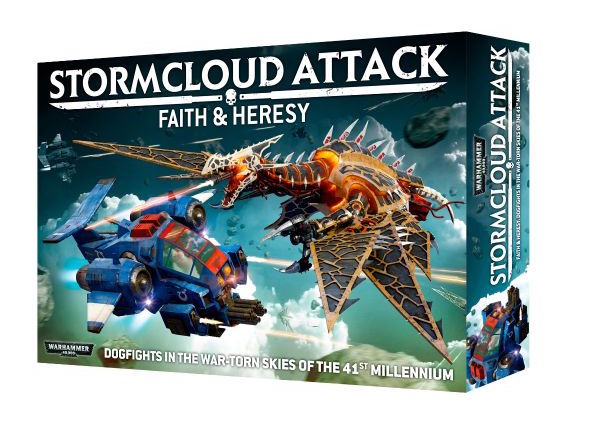 Stormcloud Attack: The Eldritch& The Beast $100 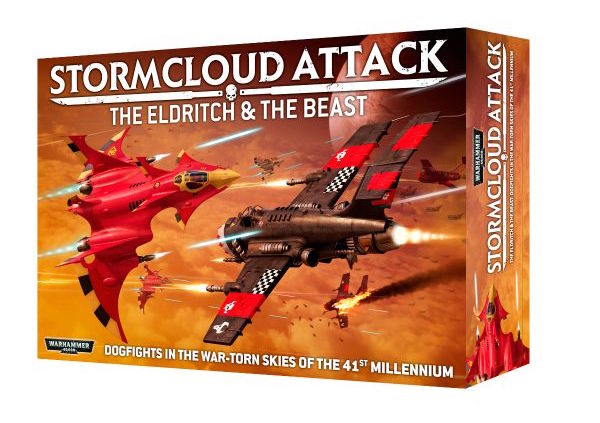 Stormcloud Attack – Give it a shot and let us know what you think!