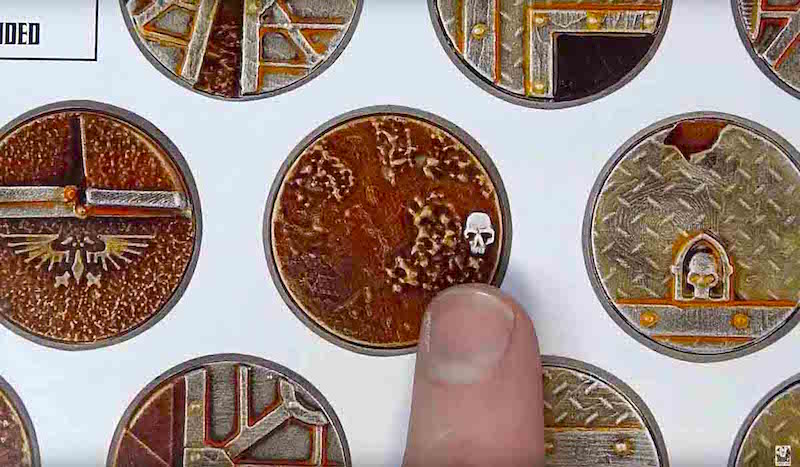 Let’s show off the bases GW released at an obscenely low price. However, do these bases pass the quality test?

I think this is a great value but in my opinion overall, but form every appearance, the details look a little flat? They just don’t appear to be what is on the box.

That being said, I’m still going to give them a chance!  Today I’m going see how they look after I paint these with the box recipe; will the magic  shine through?

I’m going to show off about four of these using the box recipe. 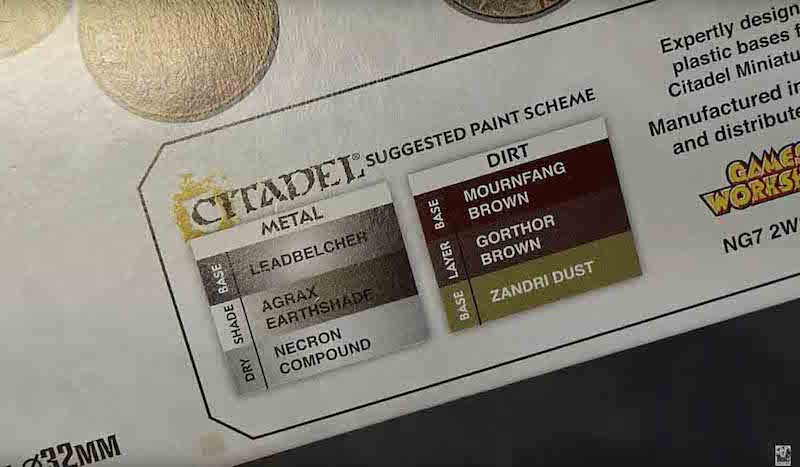 However, what they don’t show you, is that they use a fiery dragon red, it’s not the Ryza Rust because that’s a dry and hard to thin down. (I got that tidbit out of the White Dwarf). 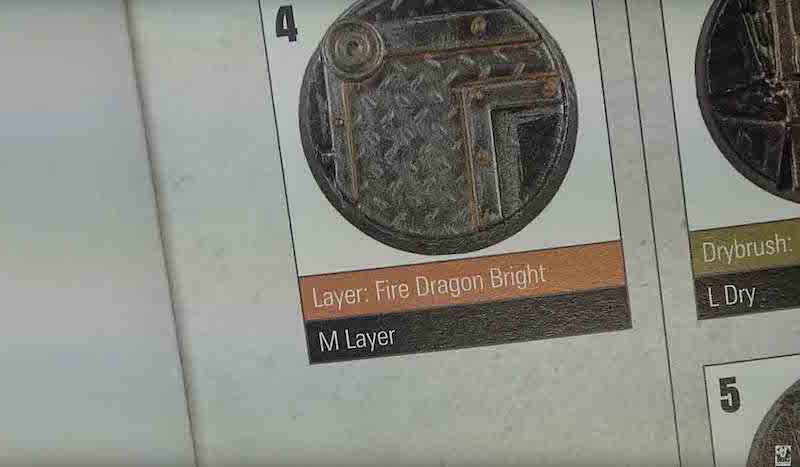 Note: The new metals need some shaking, they separate really fast, that’s normal, just make sure you shake it before you paint if you’re using the new paints.

Sidebar: There’s 10 bases but they mirror imaged them to make 20 different bases. It doesn’t really detract from anything but… yeah… I missed that in my original review.

I went light on the primer as best as I could but you can see how it’s a bit lacking in detail depending on the base itself. 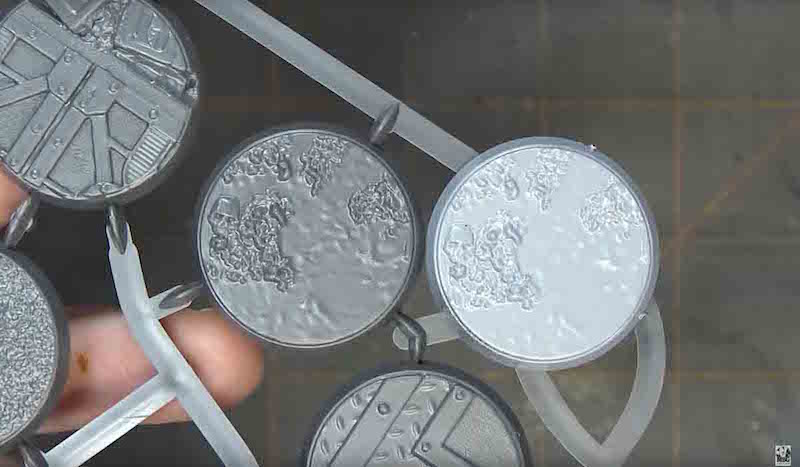 Pro-Tip, if you’re working with some lines, you can use these chisel tips and lay it on smoothly. It’s not what games workshop recommends but it’s in my wheelhouse so if you’re looking for something different try the chisel tip versus the big poofy base coating brush. 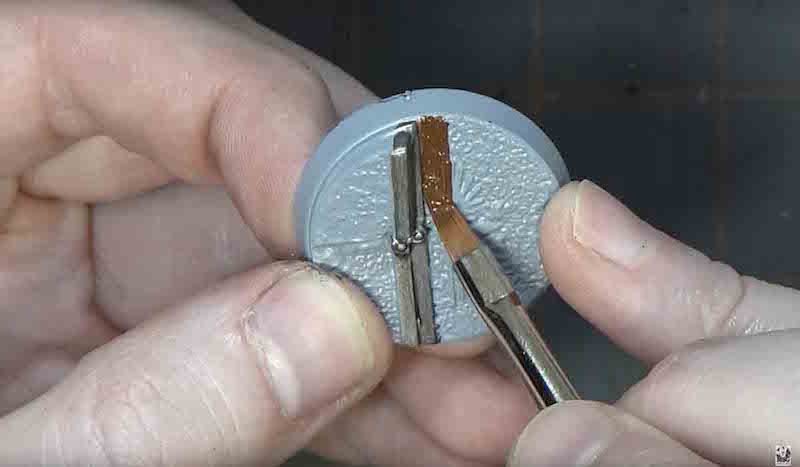 Note: Do what YOU do. Work in a way that works best for youmnot what some YouTube video like this one tells you, or GW, or anyone.

After the base coat of brown, you can see some of the brush strokes in it, which, in my opinion is due to the fact that there’s no detail in it. I’m going to take my brush and hit it again, I’m doing thin strokes but it’s so flat that it’s hard to get the level of detail to really pop. I’m not going to go over the skull yet, just the flat parts. 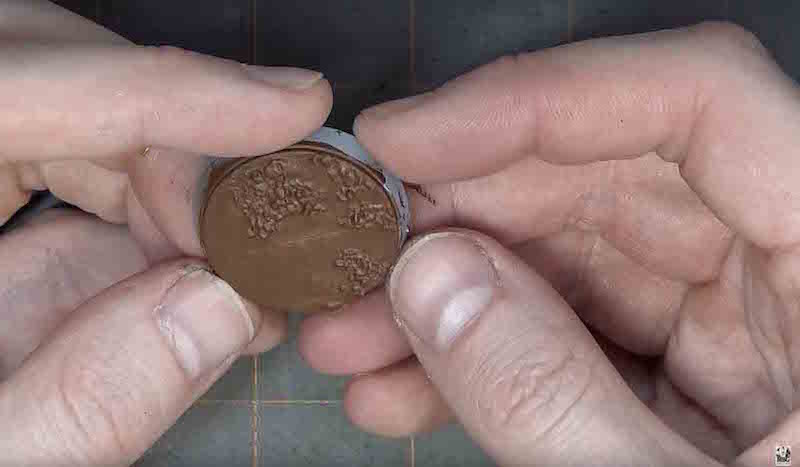 Pro-Tip: Dry brush the metal first THEN dry brush the dirt, so you don’t get the metals on your dirt but you get the dirt’s on your metal.

Note, if you notice your paint coming off when you dry brush you’re not alone. That happened to me and I feel like it’s due to the lack of detail in these bases. I know I’m bashing these bases a lot, them being flatter does help the models stick to the base, but it’s kind of disappointing to see such difficulty in just the basic hobbying department because of it. 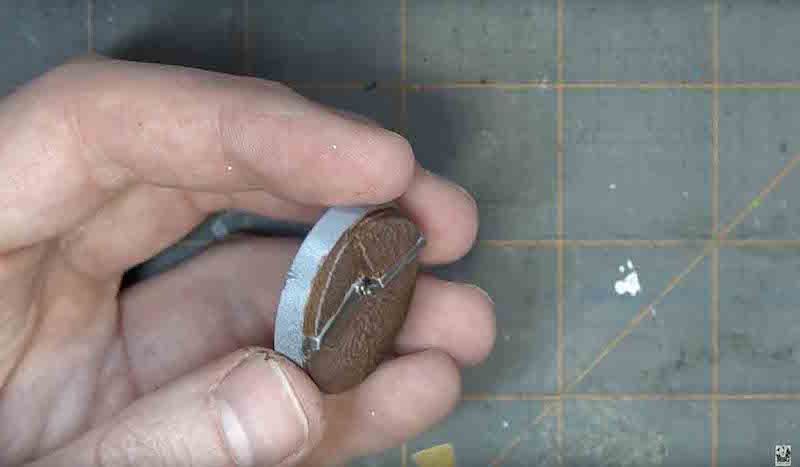 After the dry brushing, I’m not terribly impressed with the lack of details. So now it’s on to the wash. Again, I’m using the chisel brush to keep the wash away from my dirt and helping manage my pooling. 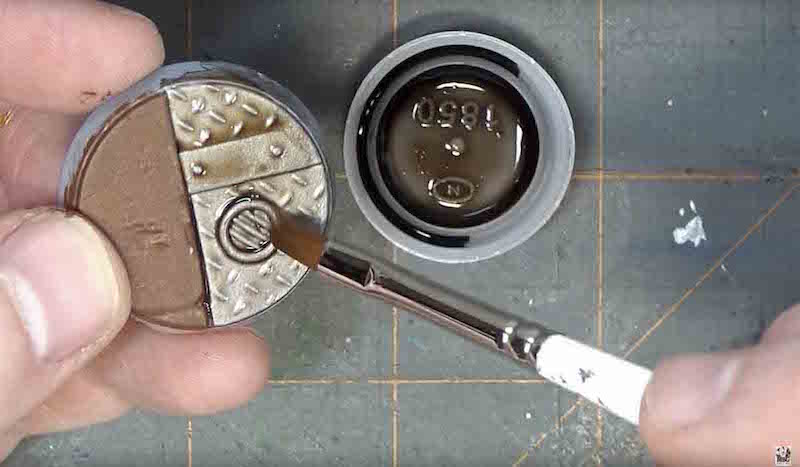 I’ll be honest, I’m looking at the box and I’m looking at the base and I’m not really seeing these colors pan out. At the end you can see the browns aren’t the same. Maybe they’re not giving us the full scoop on the back of the box, which, from a beginning hobbyist perspective, it’s a bit off-putting. I went hard in the paint on the dry brushing and I didn’t get the same level of detail that’s on the box. 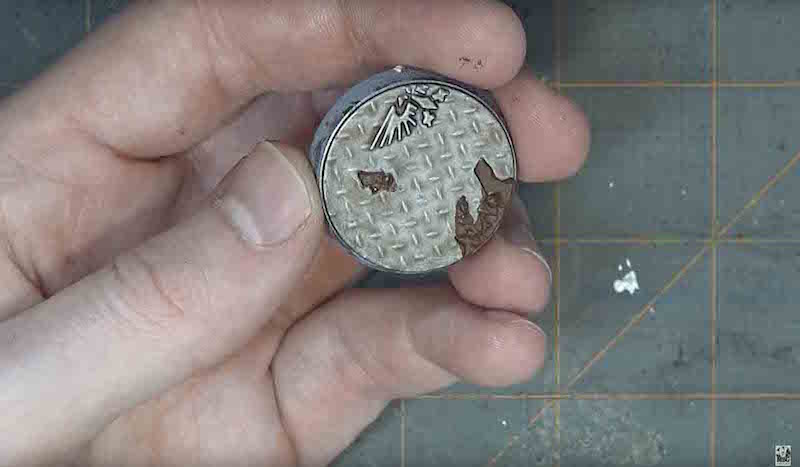 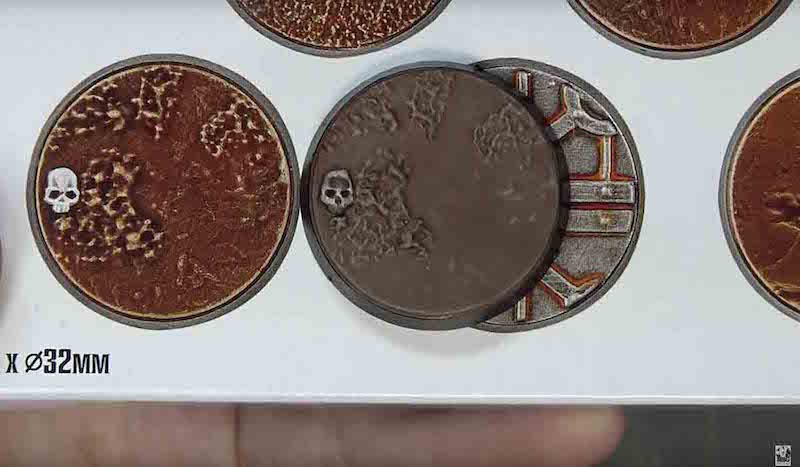 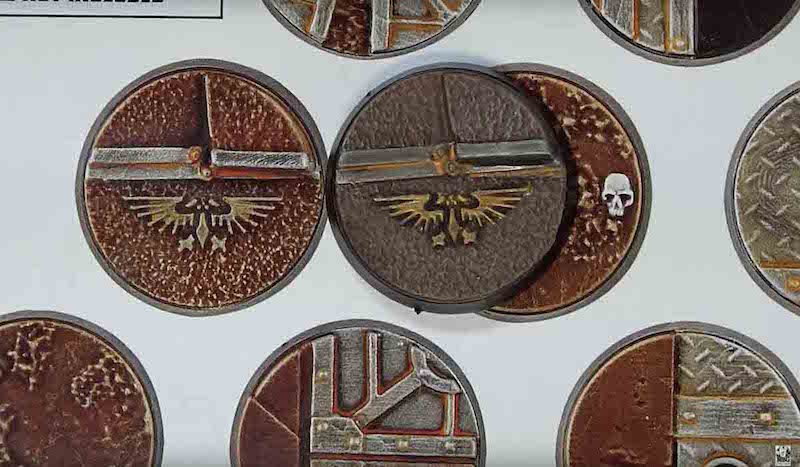 It’s still a great deal, 60 bases for 33 dollars but I’m not sure that the detail is there. It’s a good product, it’s a great find, I’m just disappointed in the level of detail and the recipe from the back of the box isn’t the same.

Author: Robert B
Robert is a veteran tabletop and miniatures gamer, and writer with over 20 years of experience. His specialtiesies are the worlds of Game's Workshop's Warhammer. He began writing for BoLS In 2010.
Advertisement
Game Tutorial Painting Terrain Videos
Advertisement 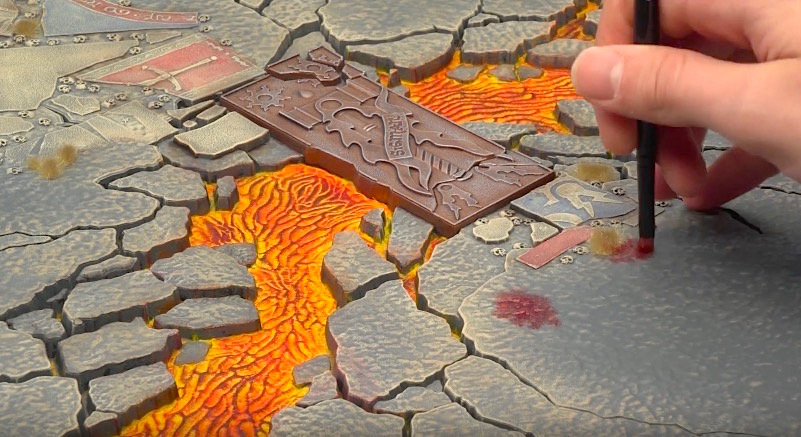