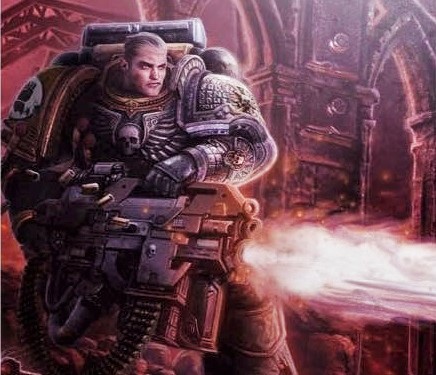 The Birth of the Deathwatch is HERE – Part 9 of The Beast Arises Series “Watchers in Death” is available from Black Library! 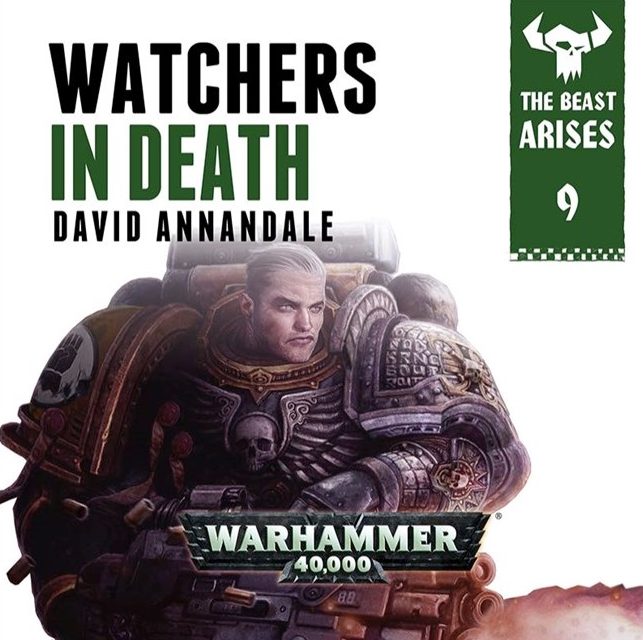 Brute force has failed – and drastically so. The assault on the ork home world has ended in disaster and new tactics are needed. But will Koorland’s new force – his so-called “”Deathwatch”” be effective?

READ IT BECAUSE
It chronicles the birth of a beloved Warhammer 40,000 force and shows the Imperium in transition, finally learning from their mistakes in order to move forward to – hopefully – victory.

THE STORY
The attempt to hunt down and kill the orks’ leader has ended in catastrophe. The Imperium is reeling from the loss of so many beloved heroes, and the military forces of mankind have been reduced to tatters. Koorland now knows that brute force is not the answer – but how else can the orks be fought? In a radical move, he creates small, mixed Chapter units of Adeptus Astartes – compact teams that will hit the enemy hard and fast, and with deadly accuracy. With armour painted the black of mourning, the new strike teams become known as the Deathwatch. But will this be enough to tip the balance, or does the Imperium need to discover other new means to defeat the orks?

It’s a little surprising to see this book out now. We had a fairly accurate time-table of when these books were coming out thanks to Amazon and this one wasn’t scheduled to come out until next week. Watchers in Death is book 9 out of 12 in the series with the final 3 coming out later this year.

If you don’t know what’s going on in the story so far…Well, it’s been a WILD ride. To set the stage we’ve got the largest WAAAGH! ever recorded in Imperial History being led by an Orkish Monstrosity. There is a Primarch involved, Space Marines, Eldar, Imperial Guard, Adeptus Mechanicus, a bunch of CRAZY fleet battles, BILLIONS of civilians conscripting into a massive offensive and an Ork DEATHSTAR! This series has been over the top Grim-Dark action.

It’s also been leading up to the Formation of the first “Deathwatch” units. It’s almost like Games Workshop planned to have this book coincide with the release of Codex:Deathwatch…

Oh and one last thing: The Cover is available as a print! 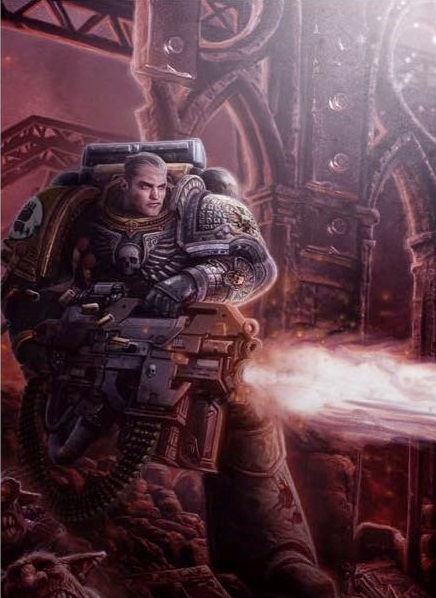 An iconic image of a Deathwatch battle-brother, emblazoned with the golden shoulder pad of an Imperial Fist, forms the cover of the ninth volume of The Beast Arises. And now you can have this depiction of a black-clad alien killer on your wall!

This print is one of a series of premium quality Gallery Prints, selected from amongst the very finest Black Library art adorning the covers of recent and forthcoming titles.

The Gallery Print is printed on 260gsm Linen White paper and is supplied in a card-mount frame, ready to display. It’s part of a limited run of 50 copies and is only available direct from Black Library.

There are only 50 of these prints available from the Black Library. Better move fast if you want to get your hands on one…

The Beast Arises – but so do the Heroes of the Imperium!