The GW Facebook page just put up this 40K teaser and it ties together a lot of the recent rumors and mini images we have seen: 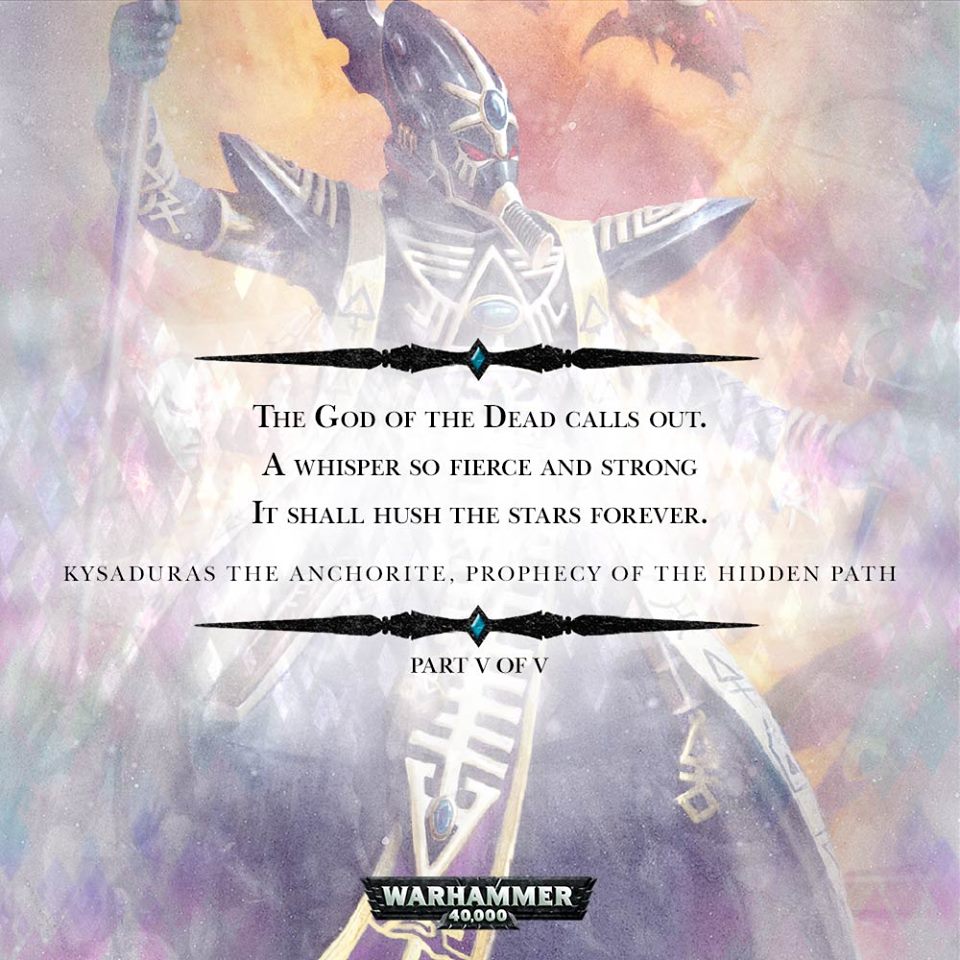 The God of the Dead Calls out.

Ynnead is the Eldar God of the dead and when the dead come calling it’s typically not good for the living.

A Whisper so fierce and strong it shall hush the stars forever.

Well that doesn’t sound good…It’s the last part of the Prophecy of the Hidden Path and it’s ending on an ominous tone.

This whole prophecy has been teasers and hints at what’s to come. This week we’ve seen references to the Harlequins, Craftworld Eldar, Dark Eldar, The Eldar Dead, the Avatar, all united in some manner – targeting a “Dark Goddess” to save their race. Oh and of course we’ve had references to the Rhana Dandra officially kicking off.

Get ready folks, it’s going to be a fun ride! 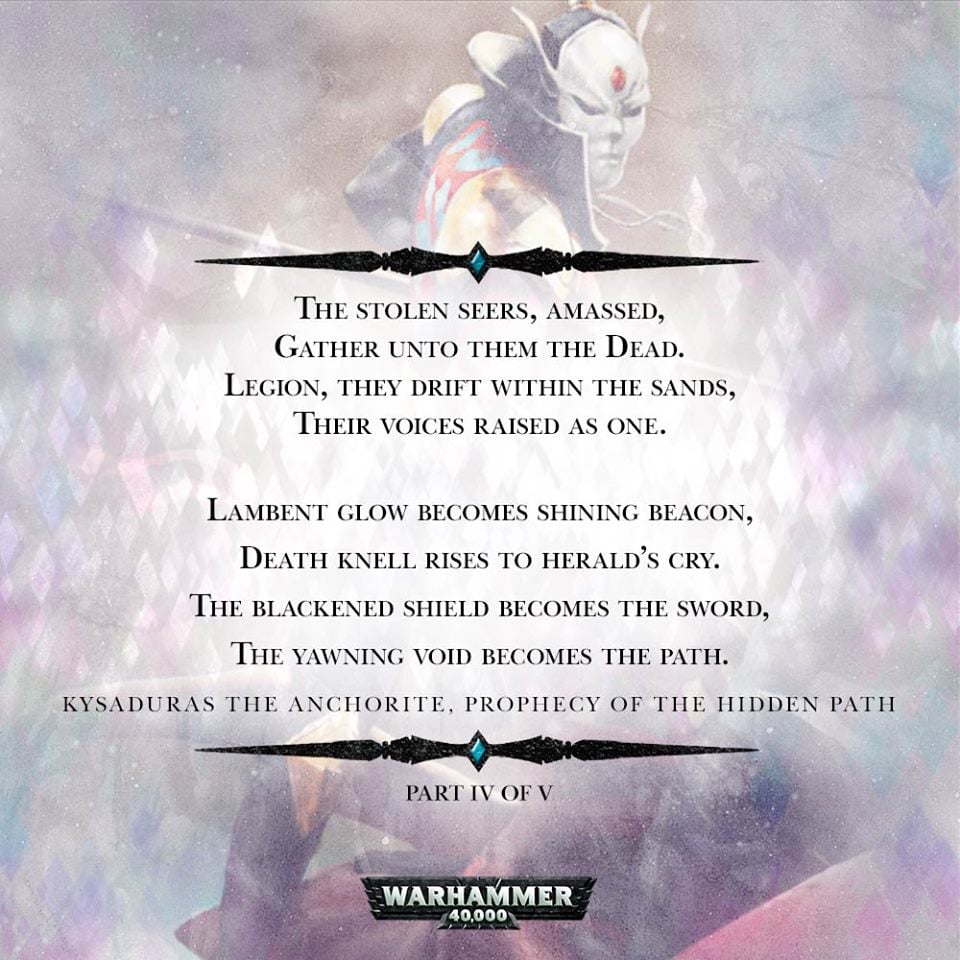 Sounds like Farseers or Warseers (or perhaps other psychically inclined folks) are gathering the dead – and the Eldar dead are in Spirit Stones.

It sounds like a big psychic choir of some sorts. Hmm…

Well that sounds a lot like the Astronomicon which is what the Imperium feeds psykers to and enables the Imperial ships to navigate the warp.

The Blackshields are the Deathwatch members who have no chapter markings for various reasons. This sounds like it could be a reference to them. Another theory is that the Guardians (because Shields = Defense = Guards) of the Ulthwe Craftworld will have to go on the offensive in some capacity. And it makes sense because Eldrad is their leader…

The second part about the “yawning void” is puzzling as well because that could be a reference to warp travel or maybe it’s a reference to the Eye of Terror, the only place in the Galaxy that has been ripped open and the warp fluxes there. And if that is the case, that makes sense with the Ulthwe being involved.

It sounds like the Psykers and the dead are going to have to go into the Eye of Terror and start something BIG. 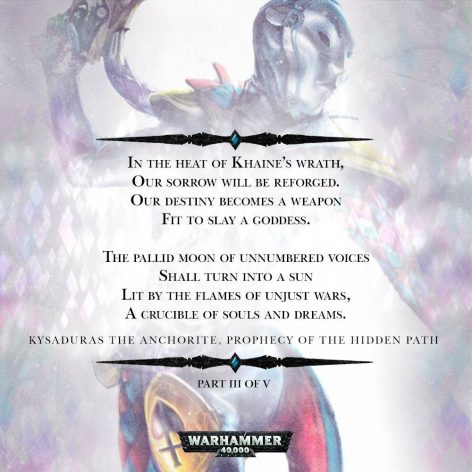 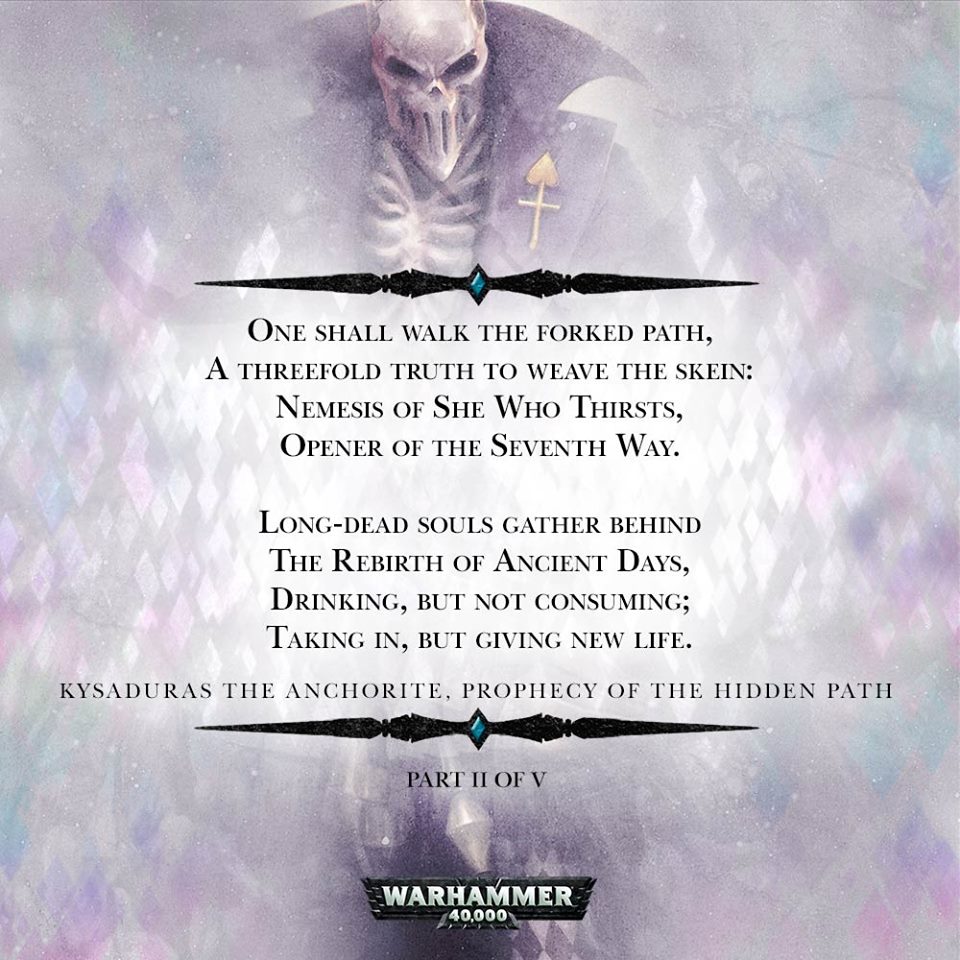 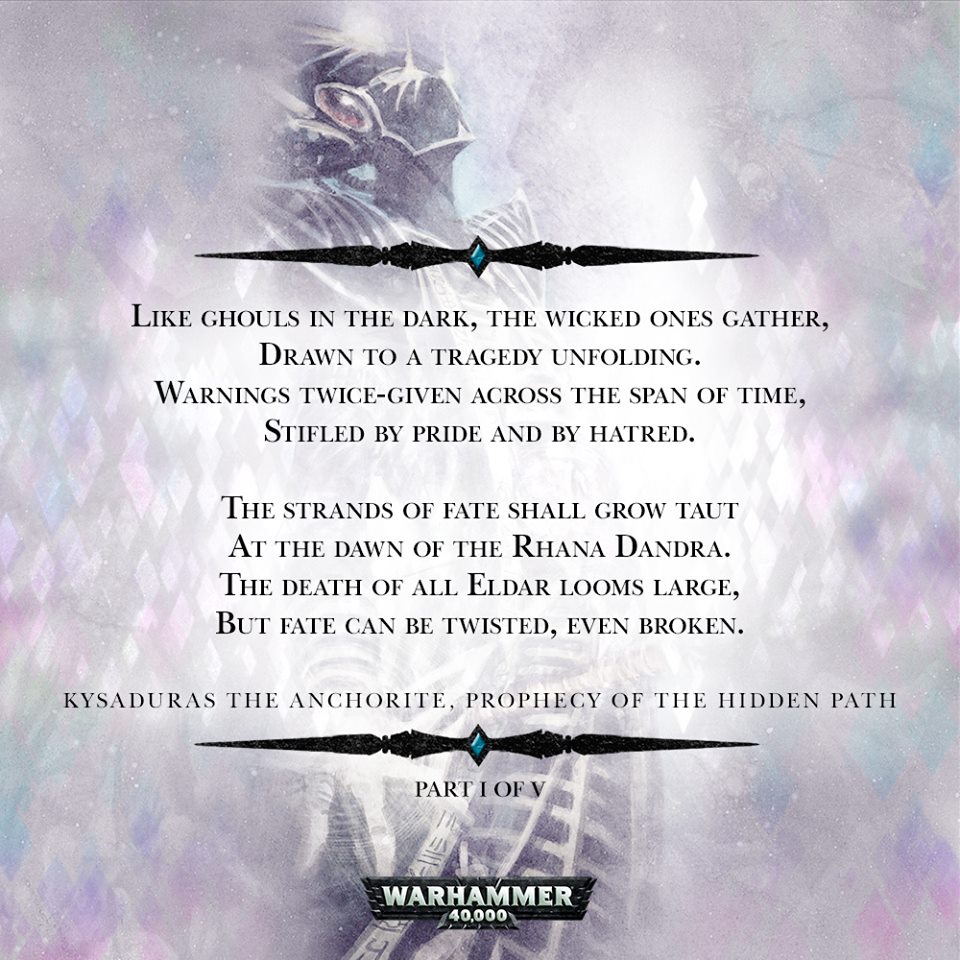