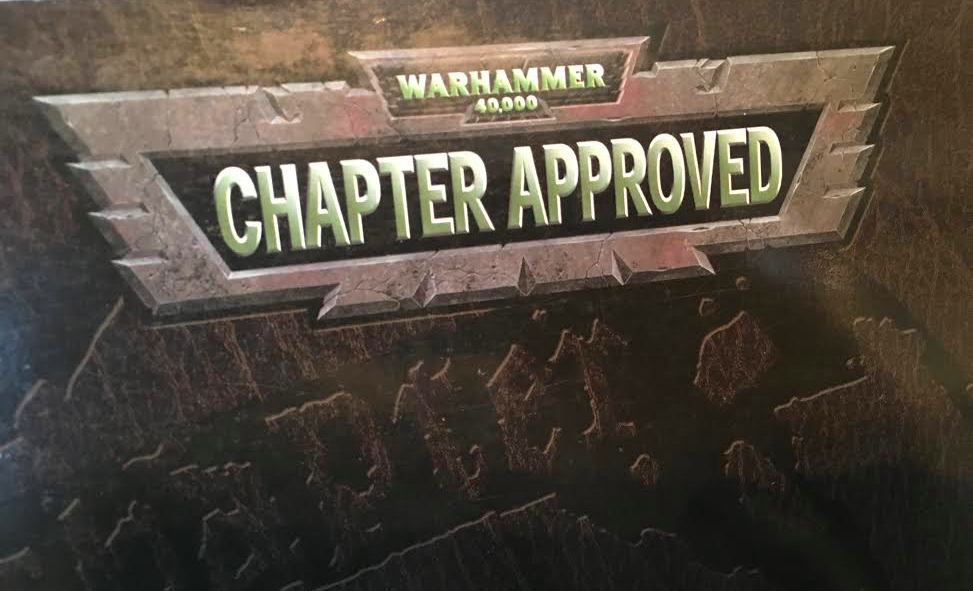 Come along on a trip in the cat-tub time machine! Today, we’re going deep, in the annals of history to bring you another 40k Flashback!

The Chapter Approved book was a very interesting book because it was sorta the foundation that cemented the bridge between 2nd and 3rd edition which was a much bigger game and the rules needed a tweak.

Games Workshop was very responsive back then with the game as there was 3.5, 4th edition, and vehicle trial rules, which all went away when 5th edition came out. It sorta seems like we’re seeing this all happening again with the new FAQ’s and people whispering that we may see a 7.5 edition or 8th edition in the near future. I think we can all agree today’s game is clunky and needs some tidying up.

Chapter Approved was collected by Andy Chambers; this is the second book of the Astronomicom. A lot of the rules, FAQ’s, and letters to the editor where wrapped up in this book. It shows the dedication of the team to keep track of everything. 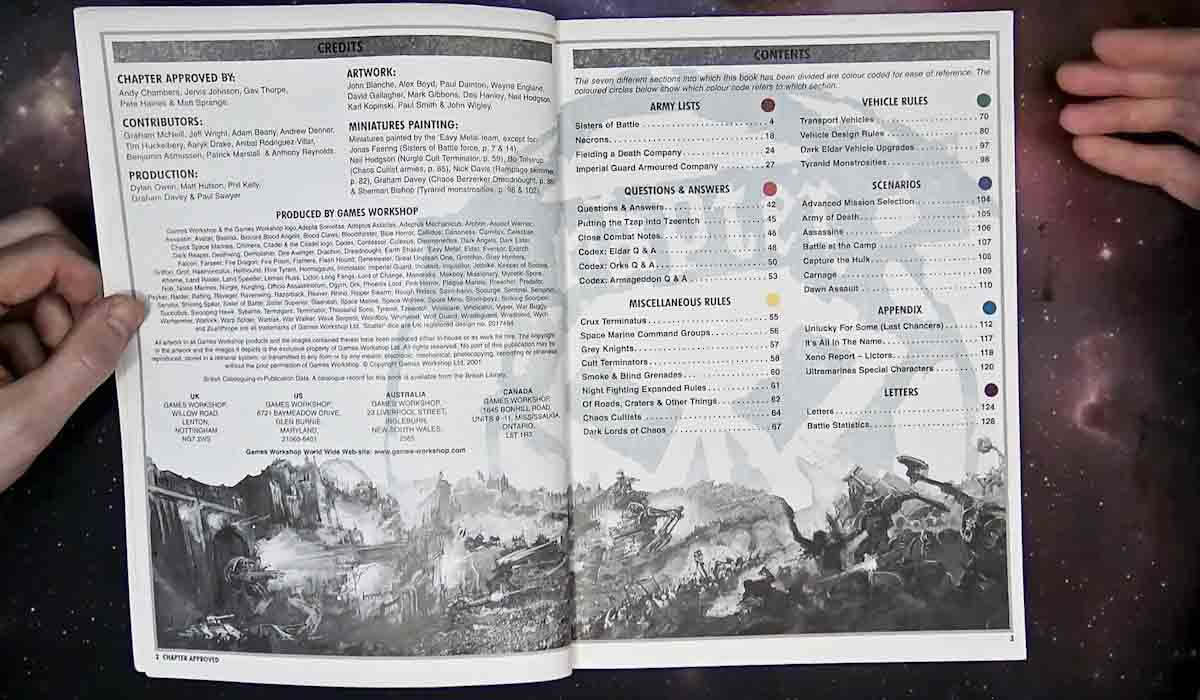 You’ll notice the Sisters of Battle and the Necrons, 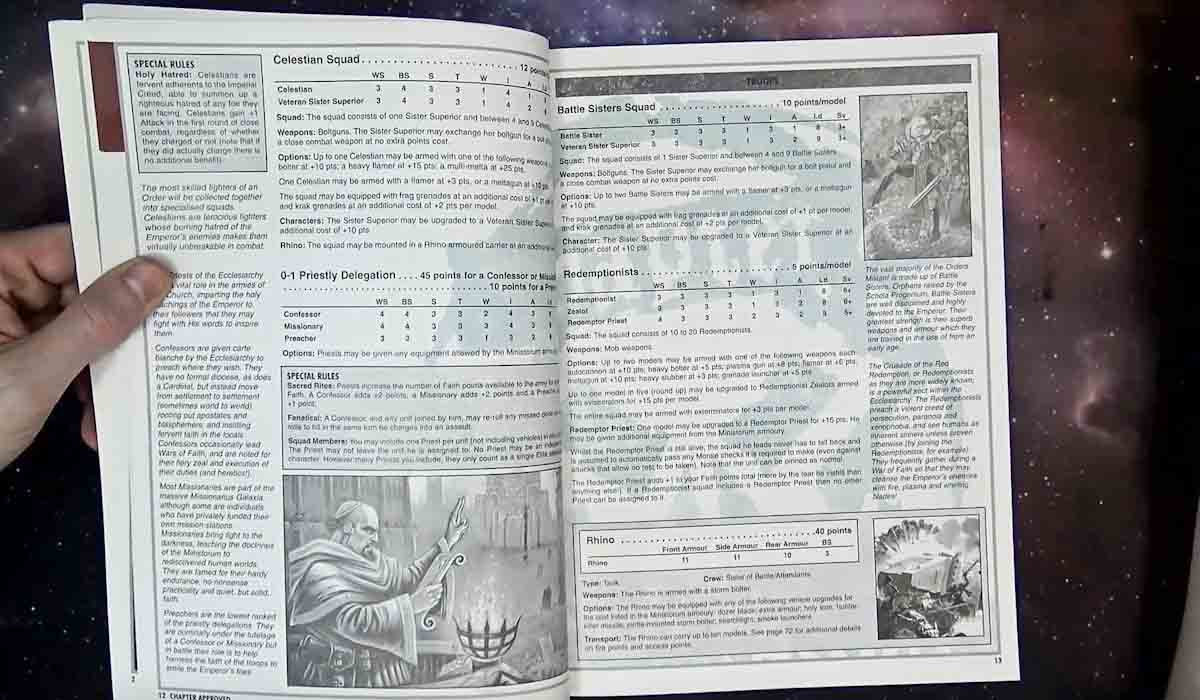 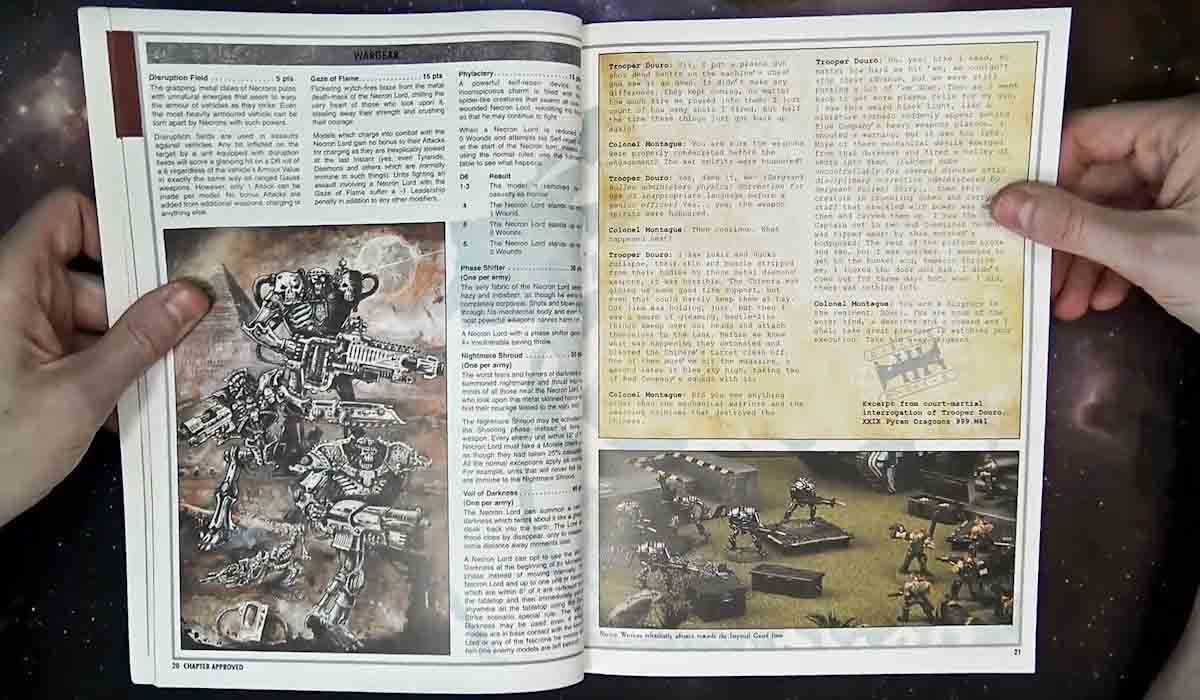 And yes, Sisters have always been the red headed step-child of GW, it’s not new lol.

Death Company, which was really rough and competitive list, and an IG Armored Company which let you bring a lot of armor with a lot of Strength 10 and that was boogey man back then; you weren’t playing around if you brought that list; Jervis Johnson wrote this and it still gives me nightmares. 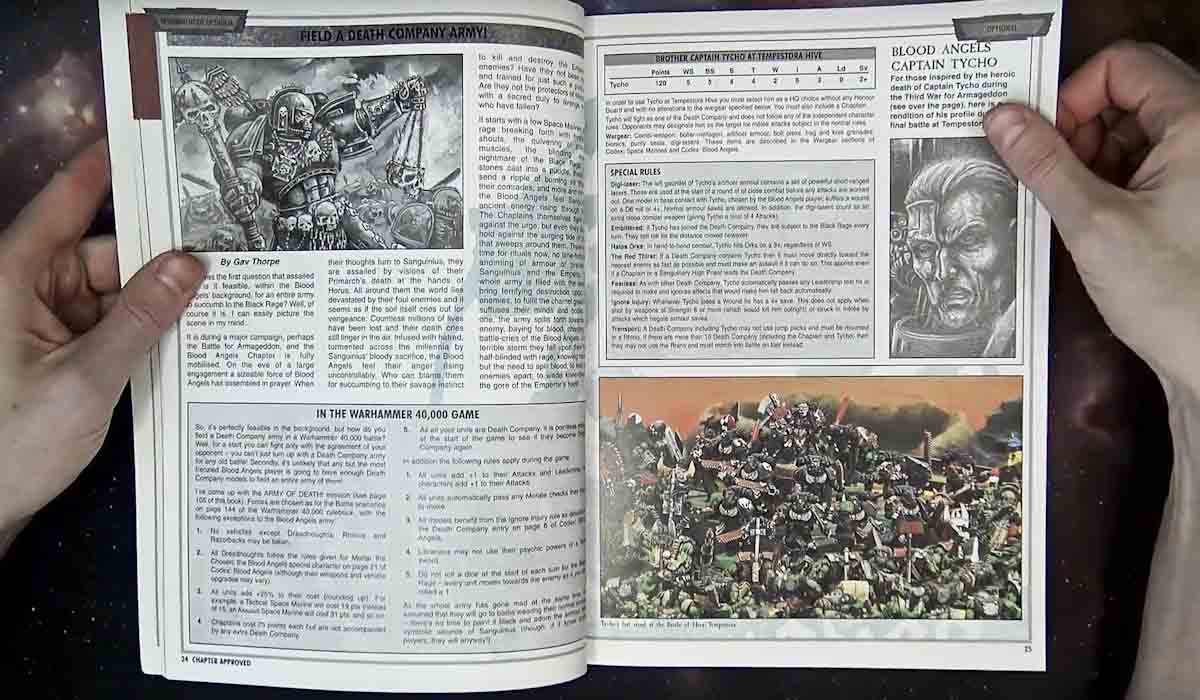 They also had a bit in here about the Crux Terminates. In the transition between 2nd and 3rd a lot of people stopped taking Terminators because they weren’t very durable so they needed to added in a 5++ save which they did via the Crux Terminatus and this book (collected from a White Dwarf). There’s a lot of different things in here like smoke grenades which actually provided line of sight blocking. 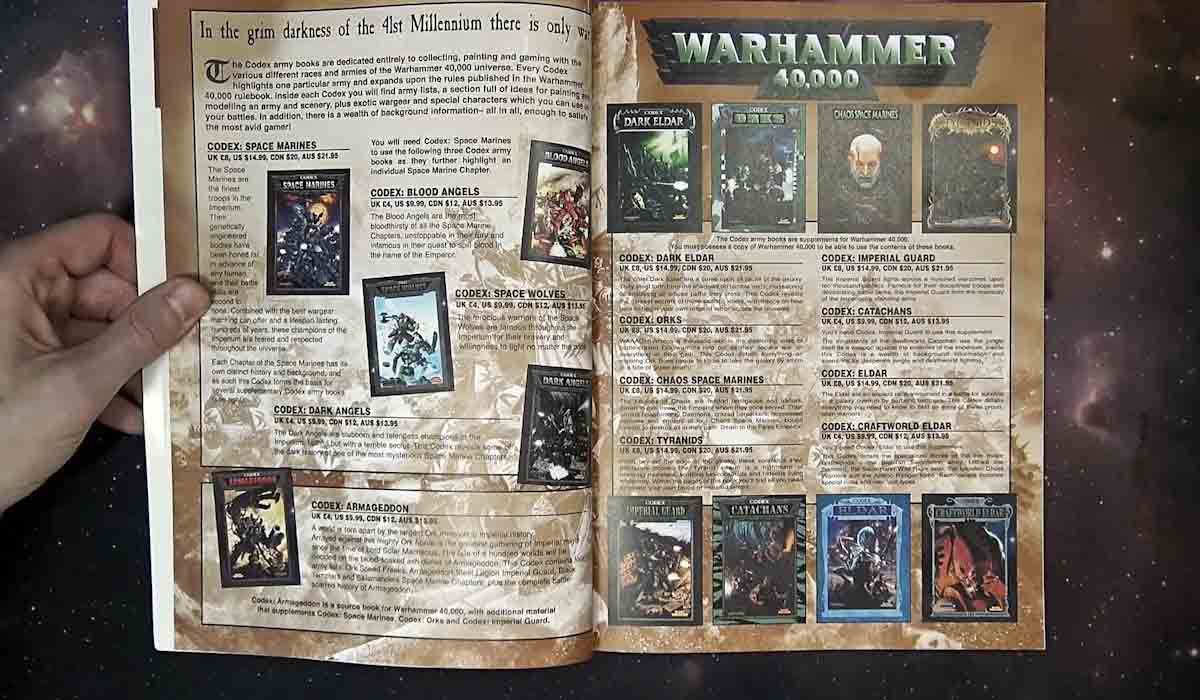 They had plenty of rules clarifications for lots of models like the Land Raider. 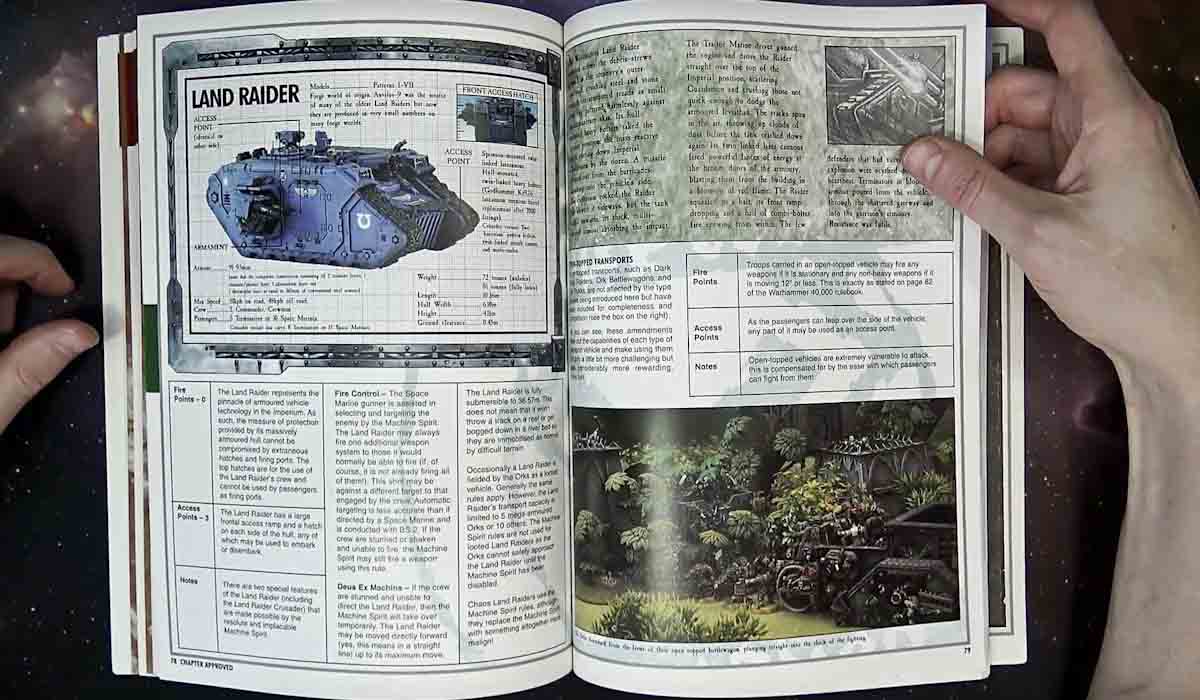 They also came out with a bunch of Dark Eldar upgrades for them because the rules team realized they weren’t punching at their weight. 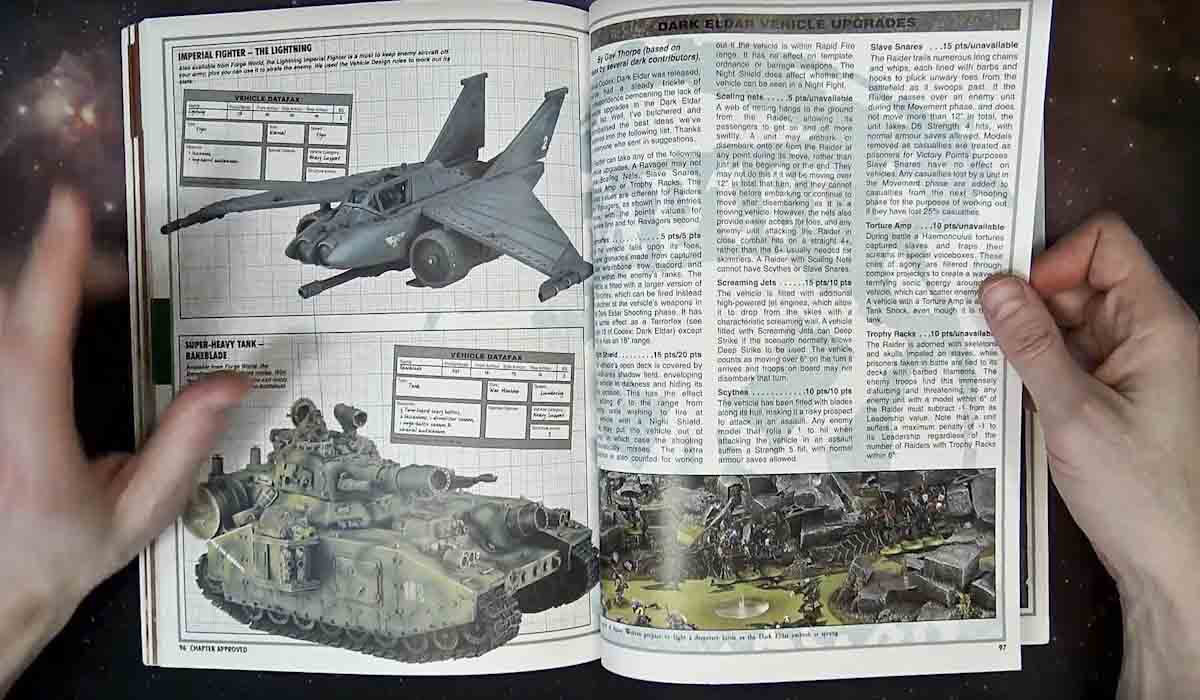 Even the graphics, like this one for the last chancers, had rules! 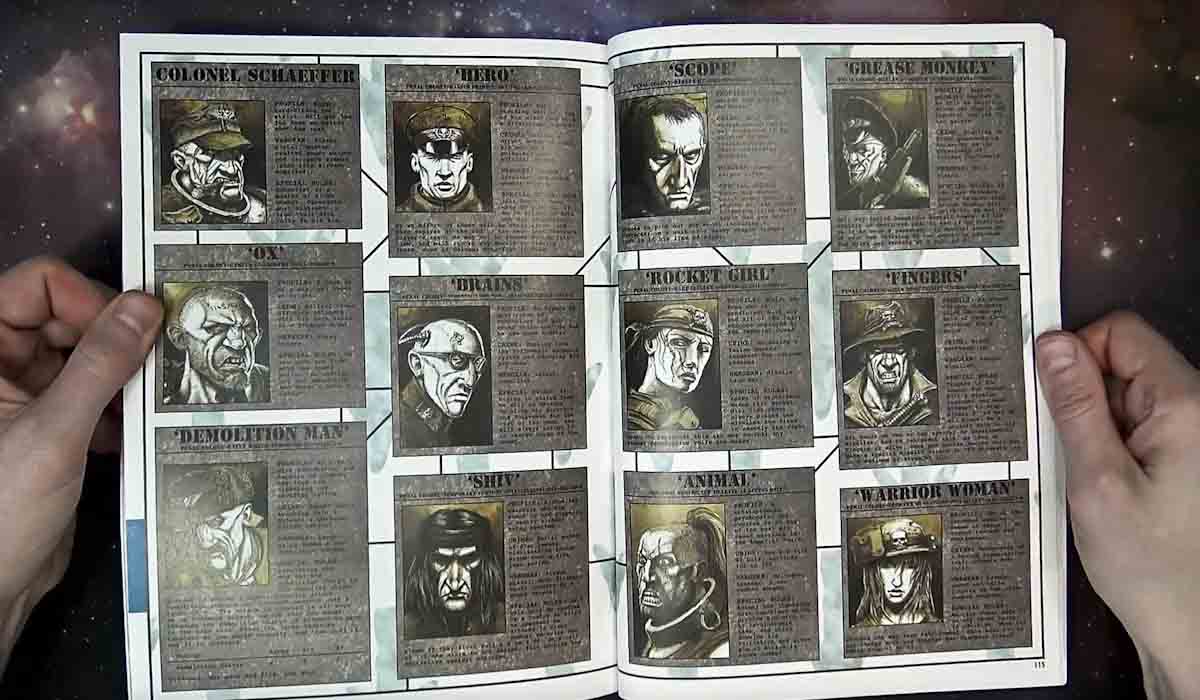 Here’s Ancient Helevectis that you could get with the Skulls program and he was pretty cool. 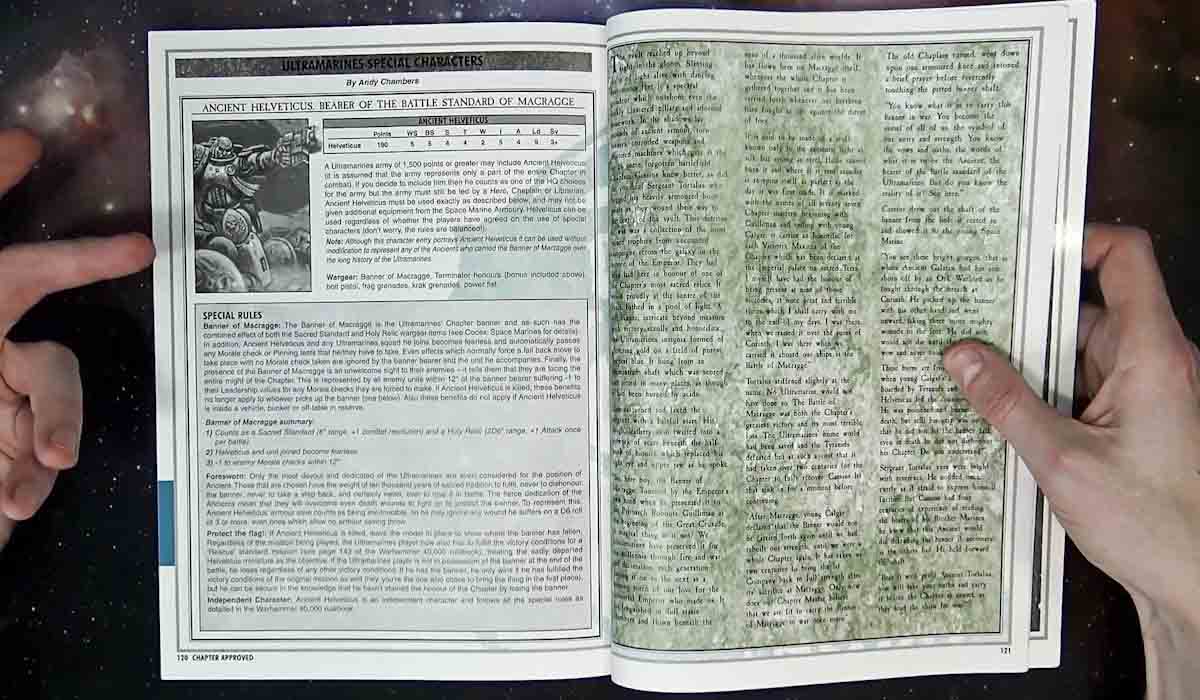 Chaplain Cassius and Captain Invictus was also in here and had some neat rules. 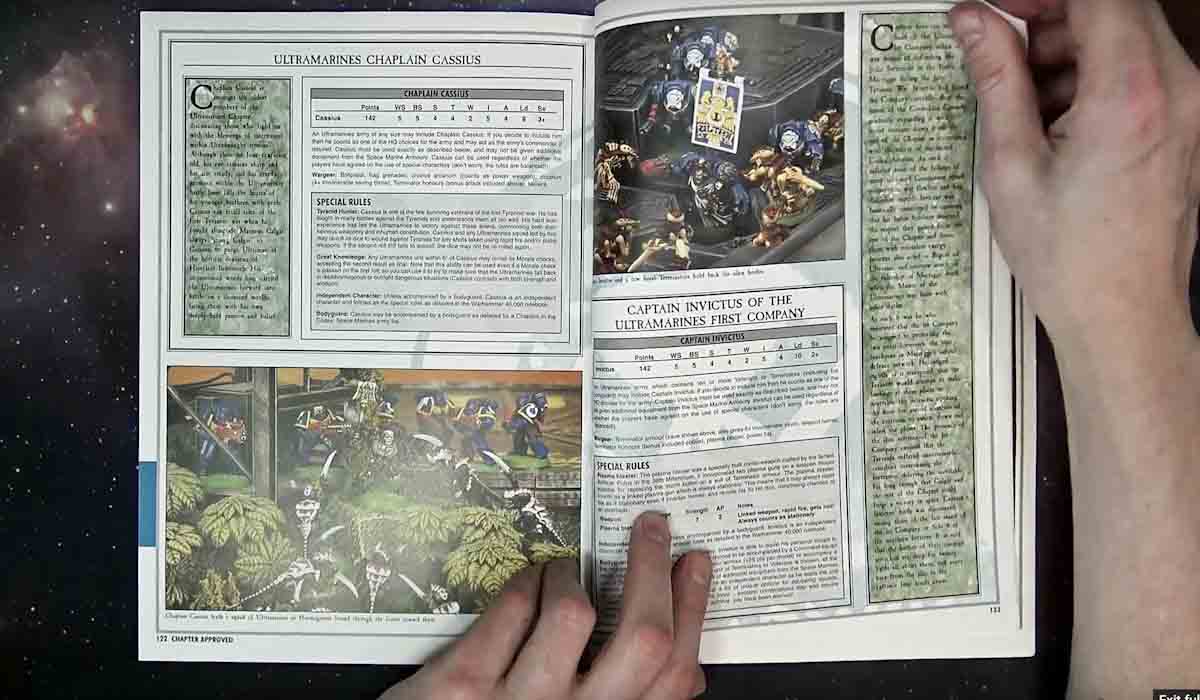