The shortlist for Astronomy Photographer of the Year is out – and the finalists are out of this world.

It’s time for the Insight Astronomy Photographer of the Year award. This year’s batch is filled with awe inspiring images. Winners will be announced on September 15th, and they will displayed in a free exhibition at the Royal Observatory Greenwich’s Astronomy Centre starting on the 17th of September.

Michael Jäeger (Austria) Comet Lovejoy soars through the night sky in a green haze with an ion tail in its wake. The image shows Lovejoy appearing to lose its tail on 21 January 2015. 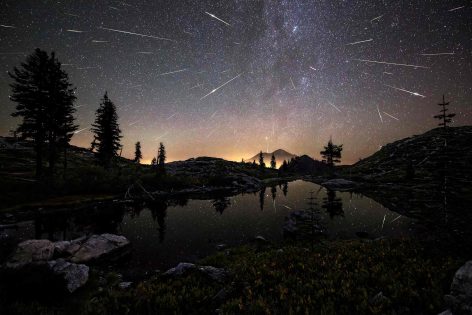 Brad Goldpaint (USA) The Perseid Meteor Shower shoots across the sky in the early hours of 13 August, 2015, appearing to cascade from Mount Shasta in California, USA. The composite image features roughly 65 meteors captured by the photographer between 12:30am and 4:30am.

Nicholas Roemmelt (Germany) The celestial curve of the Milky Way joins with the light of a stargazer’s headlamp to form a monumental arch over the Cimon della Pella in the heart of the Dolomites mountain range in northeastern Italy. 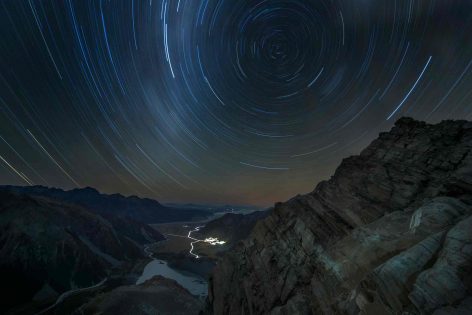 Lee Cook (UK) Taken from Sefton Bivouac, the oldest hut in Mount Cook National Park, New Zealand, star trails spiral over the majestic mountains of the park and the seemingly peaceful village below. 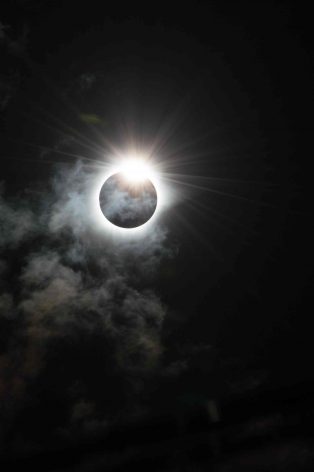 Melanie Thorne (UK) The dramatic moment that our star, the sun, appears to be cloaked in darkness by the moon during the Total Solar Eclipse of 9th March 2016 in Indonesia. The sun peers out from behind the moon and resembles the shape of a diamond ring, caused by the rugged edge of the moon allowing some beads of sunlight to shine through in certain places.

Take in the Full Gallery on Space.com