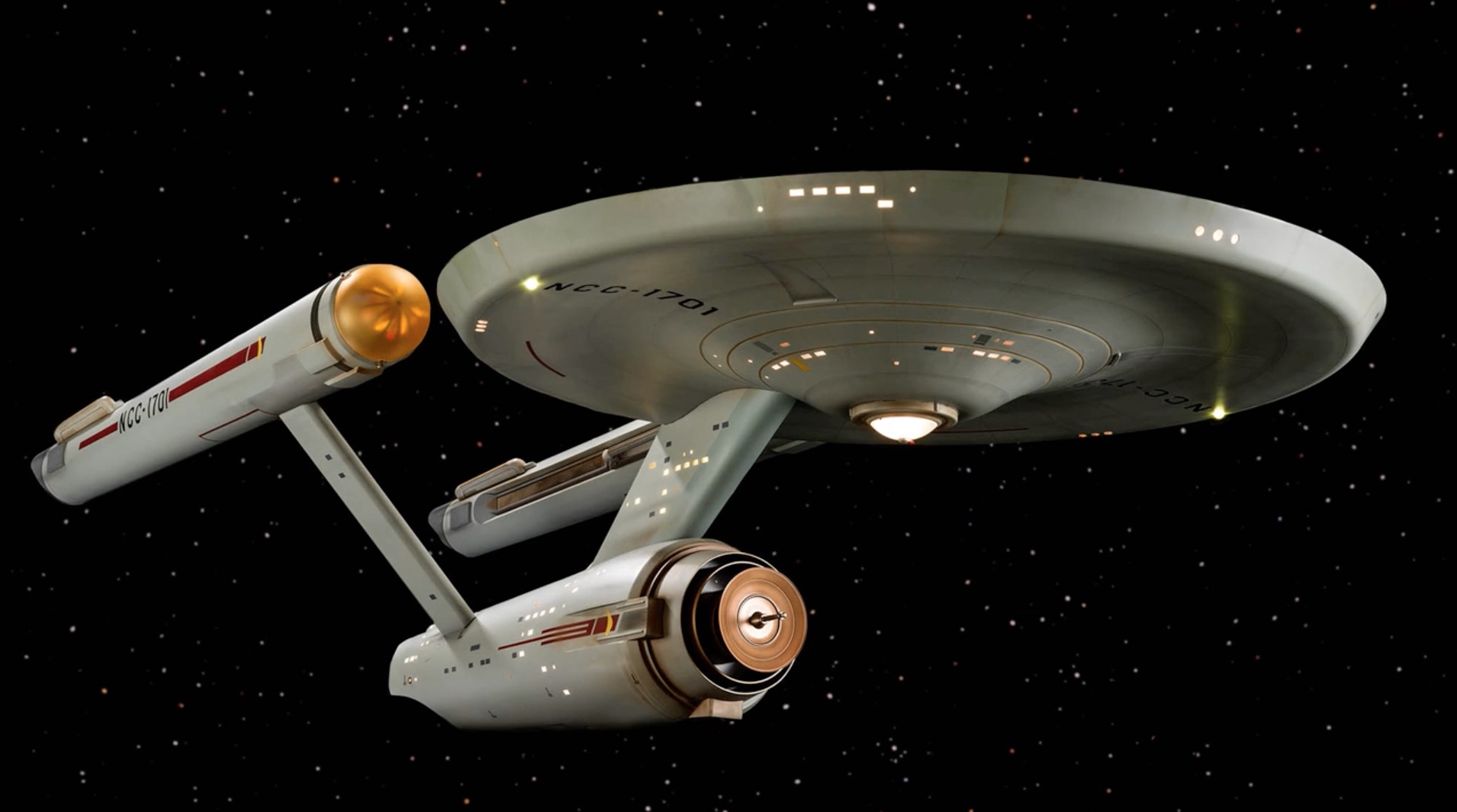 The original Enterprise is returning to the Smithsonian just in time for Trek’s 50th Anniversary!

The 11 foot model – that appeared in all 79 episodes of the original series – has been in the National Air and Space Museum’s collection since 1974. It was removed from display in 2014 to be restored in time for Star Trek’s 50th anniversary in September. A lot of research and imaging has been done the research portion of the project to prepare for the physical restoration.

The team is a who’s who of special effects and miniature artists:

It was x-rayed by some folks from the National Zoo in order to build a map of all of the interior and electronics to plan the safest way to take the ship apart.

In addition to internal scans the ship was examined using XRF spectrometry to gain insight on the metals used on the exterior structures, and shot in infrared to pick up details under the paint. You can see pencil marks from the original construction that aren’t visible to the naked eye.

The paint has been painstakingly matched to repair damaged sections and the paint on the saucer is being fully restored. Which is covered in this fascinating video – if you thought matching the look you got 7 years ago using Devlin Mud was hard, take a look at what they had to do to color match the Enterprise…

The model is now on display in the Boeing Milestones of Flight Hall at the National Air and Space Museum location on the National Mall in Washington, D.C.

Conservation: the final frontier. These are the voyages of the starship Enterprise. Its five-year mission with the Smithsonian: to explore strange new worlds, to seek out new life and new civilizations, to boldly restore where no man has restored before.