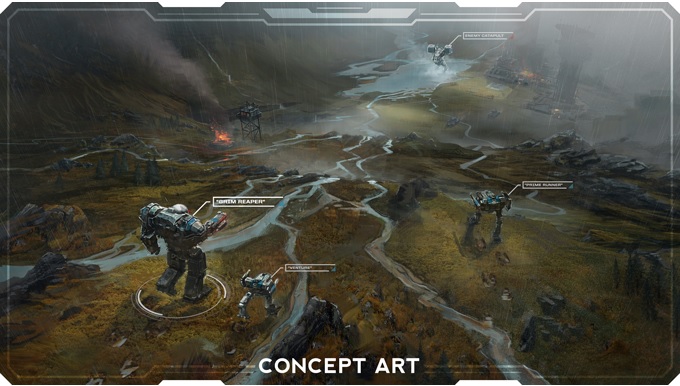 BoLS gets some play time with the SUPER-PRE-ALPHA of the new BattleTech Demo at GenCon 2016!

Hey BoLS Fans, AdamHarry here and I wanted to share this all with you because it’s something very near and dear to my heart: Battletech. Full disclosure: I backed this game already. I’ve put my money down and I want to see this game succeed. I’m totally biased already because I’m a fanboy of this game. But that shouldn’t matter because from what I saw of this super early pre-alpha game it’s already off to a better start than a lot of other “finished” games. Take a look:

At GenCon 2016 I got to do two major things. I got to meet Jordan Weisman which was a real pleasure! He’s the guy who created BattleTech and MechWarrior. Because of him I started my path down the long, long road of tabletop wargaming. BattleTech was and still is my first love of tabletop gaming. I still remember watching the old cartoon on Saturday mornings or bugging my dad to get the next, newest MechWarrior PC game. It was the first game that really got it’s grip on me through all the various media and it’s been a life-long love affair with giant death robots. What can I say, I’m a robot-romantic!

The second big thing I got to do was play this game! Why is this such a big deal? Well it’s the return of classic BattleTech to PC in what’s probably the closest approximation of the tabletop game, but with modern bells and whistles. Sure there have been other games and sites that have tried to replicated the gameplay but this takes classic BattleTech Lance combat and drops it in to an awesome Turn-Based system by game designers and developers who know the property better than anyone!

The game play is already GOOD. The initiative system works really well and I like how they broke-up the turns and movement between the faster, lighter mechs and the larger, slower mechs. The combat was pretty simple but because of the randomness and percentile system it felt like you could make better shots. That’s a big part of the MechWarrior universe – Managing your shots. Why? Because of the Heat, baby! This game also has a heat management system which is a carry over from the tabletop too. You can Alpha all you want, but you’ll end up baking when your mech shuts down to cool off.

There are just so many little things I liked about what I saw and for me, backing this game was well worth it! Harebrained Schemes won me over with their Shadow Run reboot (also a game I backed and love). And now I can’t wait to manage my own Mercenary Company in this new BattleTech game.

In the mean time, I’ve been brushing up on my MechWarrior piloting by playing MechWarrior Online, which by the way, shared their AWESOME Mech models with HBS to help them along with development. I couldn’t believe it at first, but it was a really great thing to do. By sharing those assets it allows for HBS to not spend resources on re-developing those same models but it also allows them to have a visual consistency between both games.

I hope that if you’re a fan of BattleTech you’ll take a look at this game. It’s already in a really good spot and the game is funded. HBS has delivered before and I’m positive they will deliver again. I’ve already put my money behind this game and I’m confident they are going to ship something eventually – unlike some other kickstarted projects. I’m not being paid by them, nor do I speak for their company. But if you want to get in on this game then go pre-order/back this game while you still can for cheap!

One last thing – one of the cool things they did for Backers was to show off the Mission that folks at GenCon were going to get to play. I was luckily both a GenCon attendee AND a backer. But since then, they have added it to their youtube channel so here is the full mission: 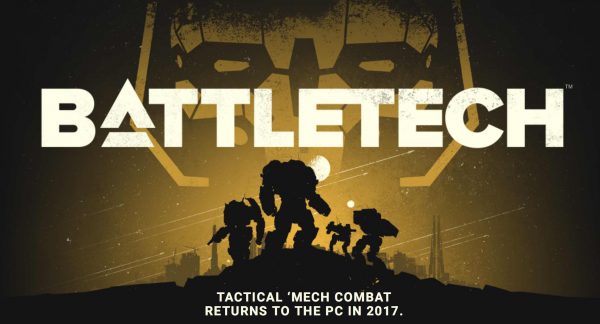 Jordan Weisman, the creator of BattleTech and MechWarrior, is back with the first turn-based BattleTech game for PC in over two decades. BATTLETECH will feature modern turn-based combat, PVP multiplayer, and a story-driven, Mercenaries-style campaign set in the 3025 era of the BattleTech universe.