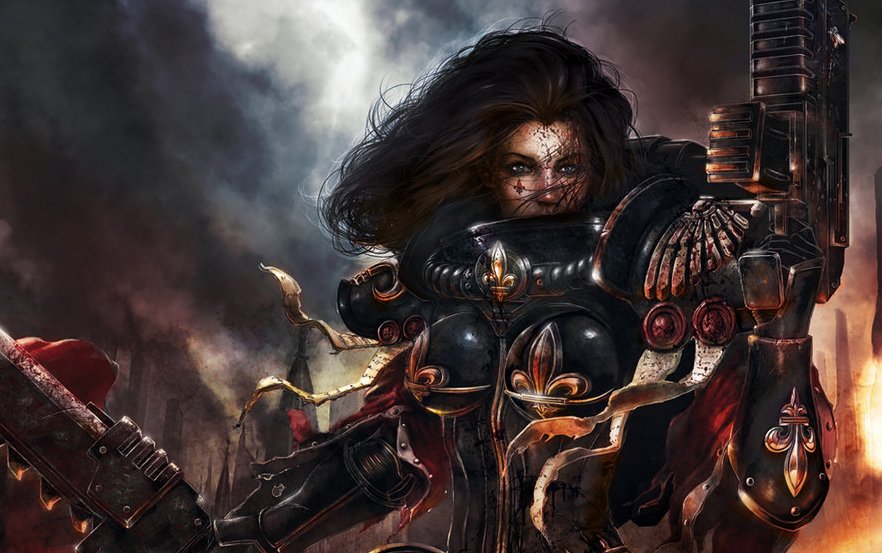 Yo Dawg, Kennny Boucher with a West Coast Guerrilla Style Battle Report! Today, we’re raiding a listeners house to play this one out!

Today, we’re bringing you a Long War First! I’m officially raiding a Veteran’s beats lab and throwing down. If you’re looking for the army list, hit the video becuase we start going over both lists in the first minute of the video (specifically the 00:01:04 mark.) We also go over each army bit by bit and a full  full pre-game analysis so we encourage you to check it out. I’m loving that Raven Guard army! 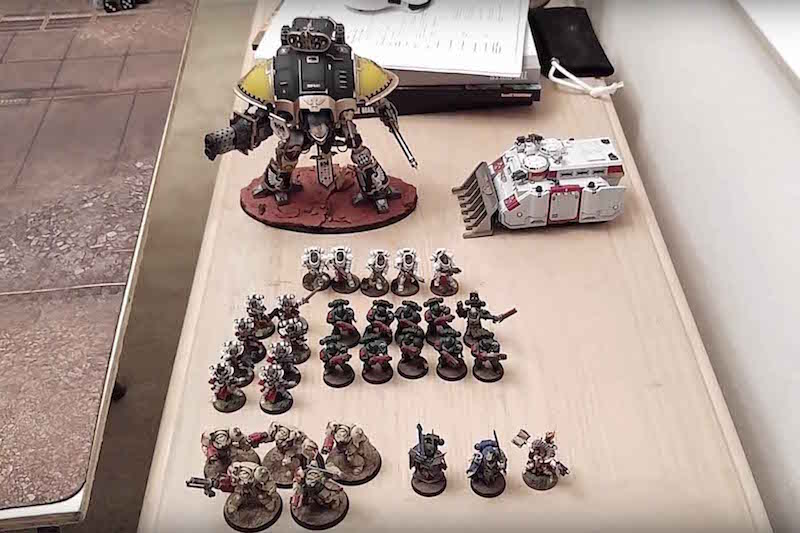 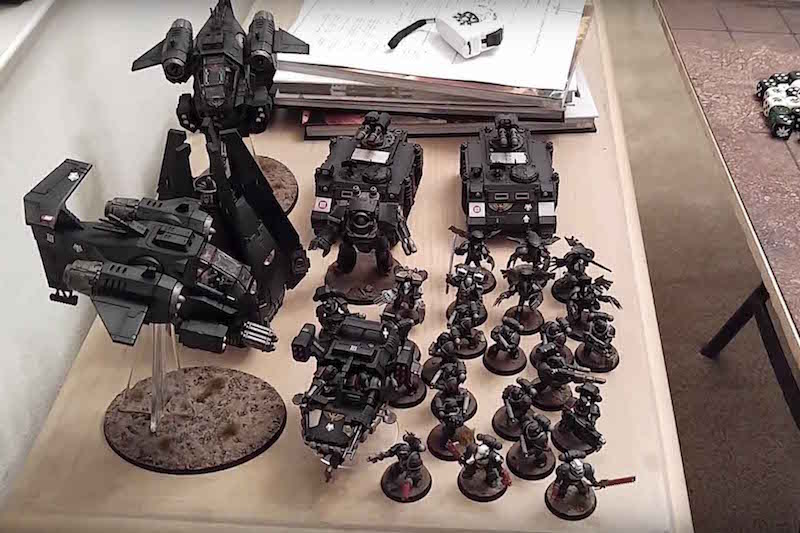 Aaron: In the first turn I’m just trying to drive up with the razorbacks, hit your flank and get into your backfield. The drop pod scatters off the objective by just a few minutes, which hurts the objective holding, but it was safe thanks to line of sight. 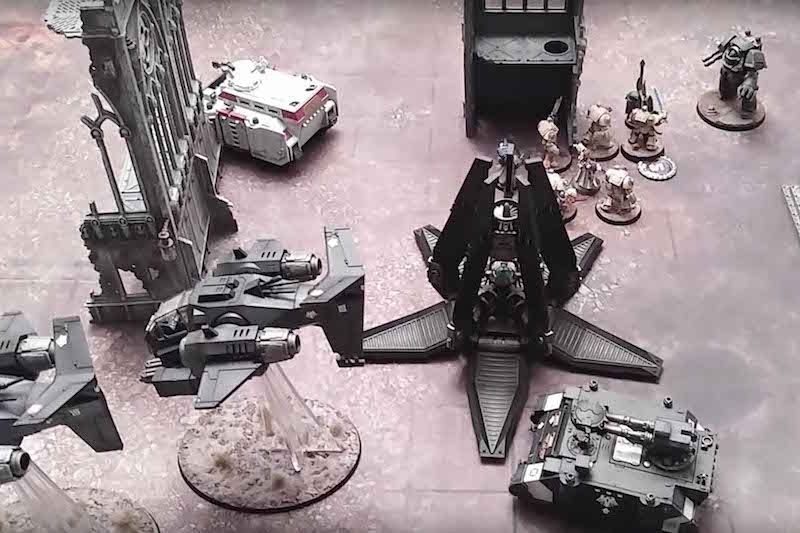 Kenny: In my turn, the Terminators use the Sisters to leapfrog into position by swapping positions thanks to; drumroll please. 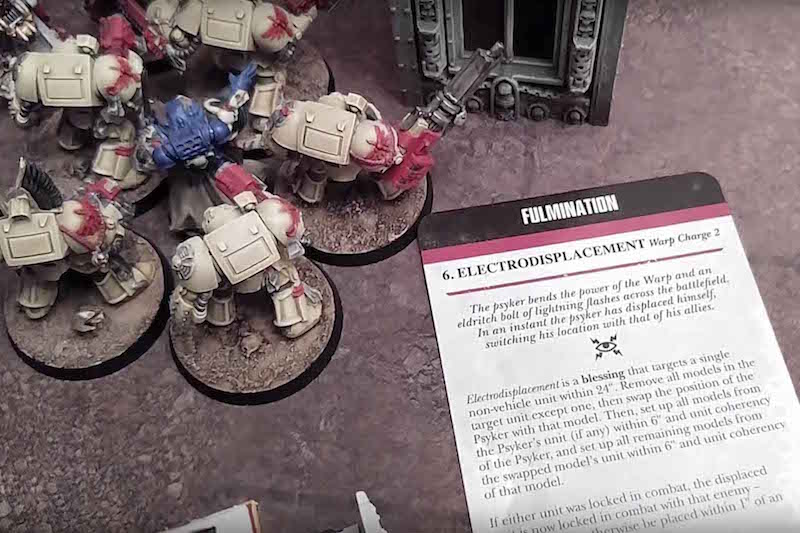 Kenny: That’s another Long War First. This power let’s me get the tactical squad on the objective that thought it was safe into assault range. Meanwhile, on the flank the Knight’s Thermal Cannon gets a direct hit on the razorback. 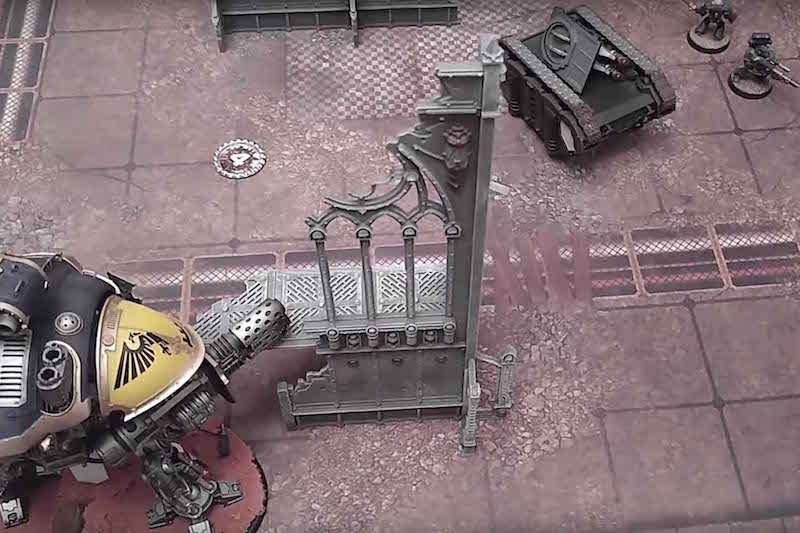 Aaron: In my turn, the storm talons arrive and get into position to hose down some Sisters.

Kenny: Meanwhile, the storm talon’s turret, thanks to it’s 360 degree arc, is able to shoot at the Terminators and go for that chainfist that was toe dragging in the back. Unfortunately, the play didn’t pan out and the chainfist survived but it was a solid move.

Aaron: In assault phase I slay his warlord but my Contemptor basically gets fisted to death. 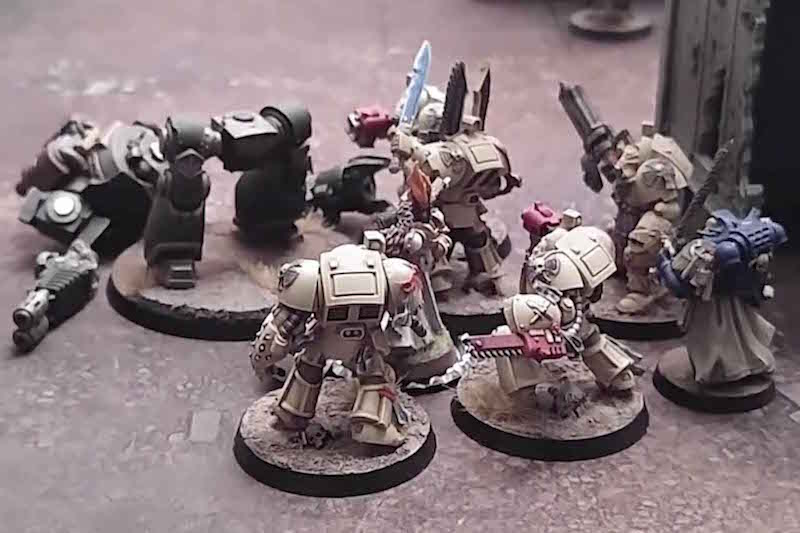 Kenny: I ended up rolling exactly three 5’s on my penetration results, turns out you do good if you roll well. Next, I go after the other razorback because it’s in a dangerous position. In the assault phase the Knight rolls a 6 versus the vanguard vets and does the ceremonial murder shuffle.

Aaron: As soon as I put down those vets I knew they were going get got, basically, I was caught slipping’.

Kenny; That’s just a classic case of there not being a good unit to assault into; my knight was able to play goal keeper and keep the squishy parts of my army safe. 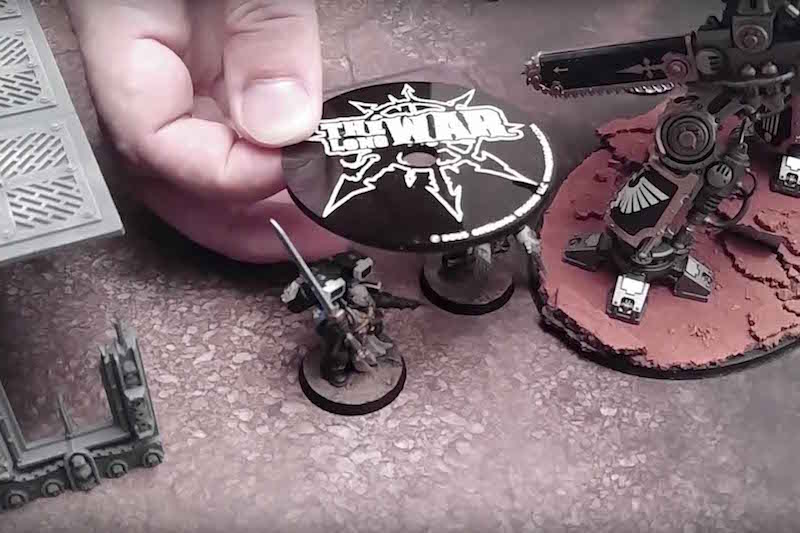 Aaron: I thought I had a better shot, after the electro displacement, at getting into those squishy sisters but I had to go through that knight.

Kenny: 12 inches is just so fast on a model that big.

Aaron: One of the storm talons does some work on the sisters and goes into ongoing reserves. Then my other storm talon fires it’s frags and then the assault cannon.

Kenny: I love the technique of using the blasts first.

Aaron: It’s just one of those things that you learn when you fire the assault cannon first and realize you could have gotten more hits with your templates if you had fired with it first and you just don’t forget it.

Kenny: Back in my turn I fire the thermal cannon into the hovering storm talon and blows it up because Aaron can’t roll a jink save to save his life.

Aaron: No, no I cannot. But in my turn the Storm Talon comes back and mops up the Canoness and the Sisters on the objective. 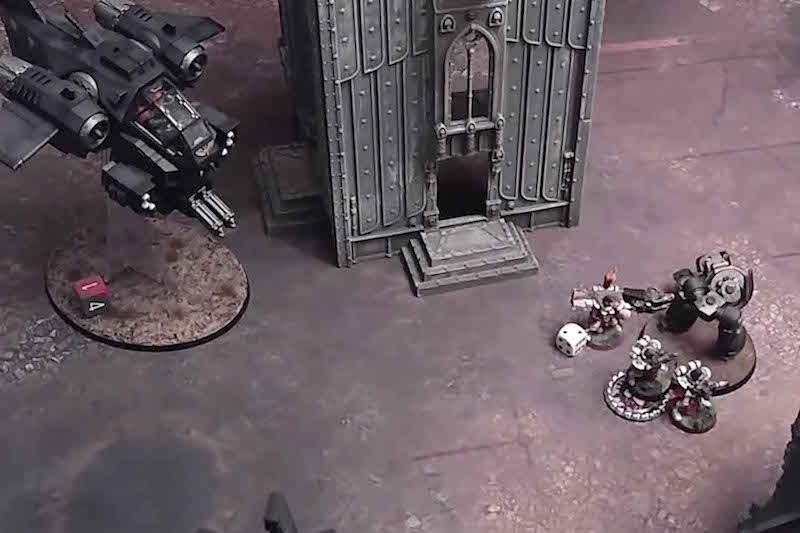 Kenny: I thought I was doing some sweet tactics by separating the Cannoness from the terminators but turns out, he had the tech to clean up those toughness 3 sisters. Then going into Turn 5, the knight runs into the backfield and does an endzone dance. The sisters pop a faith point to try and take out the tacticals who have run into the backfield but fail to kill them. And the two tactical squads can’t kill each other to push them off the objectives so we split those objectives as well.

Aaron: It didn’t turn out like it does in the books. 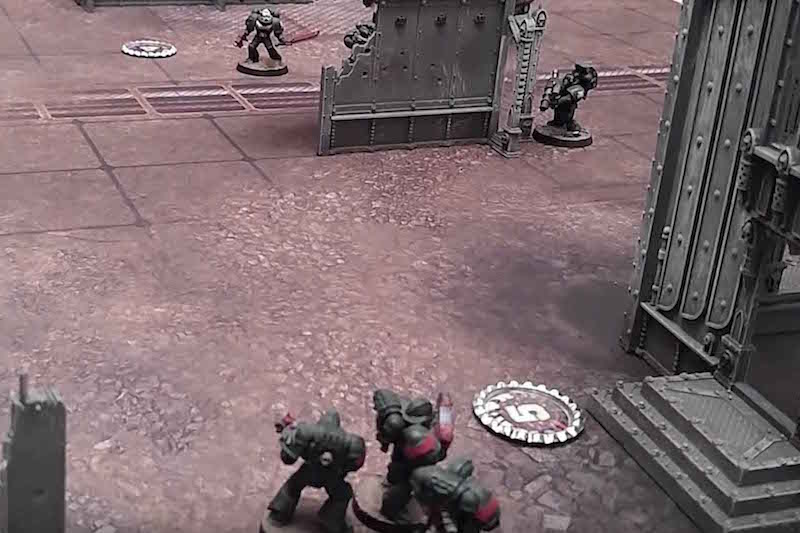 Kenny: Objective Two is covered in corpses but no one got the objective but I’m able to get the center objective. 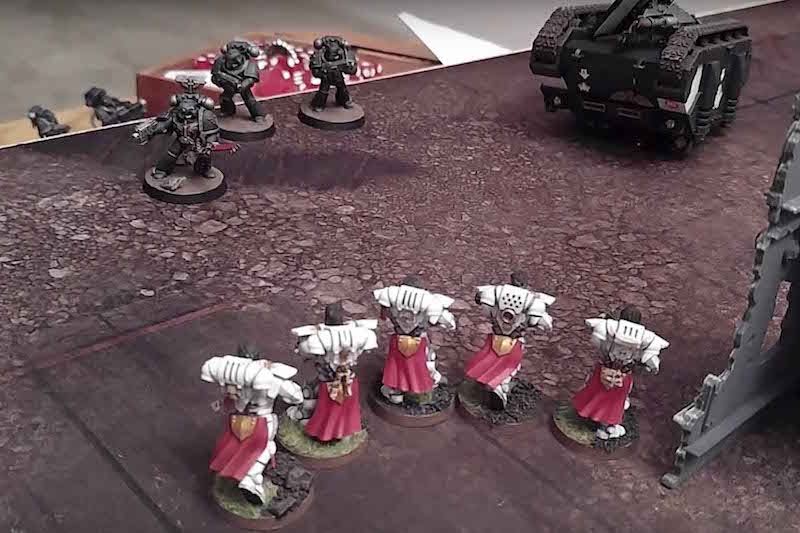 For the full post-game wrap up hit the link and watch the video!

40K: Gates of the Devourer - Titans vs Bugs 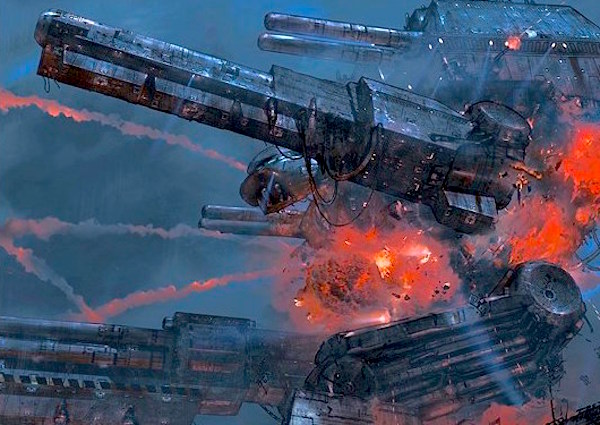