Fantasy Flight Games does a deep-dive into the new Large Ship for Scum & Villainy – check out what the Shadow Caster can DO!

We took a look at some of the options that the Shadow Caster brings to the table. Now, FFG has pulled the covers back and we get to see what else in under this ships hood. 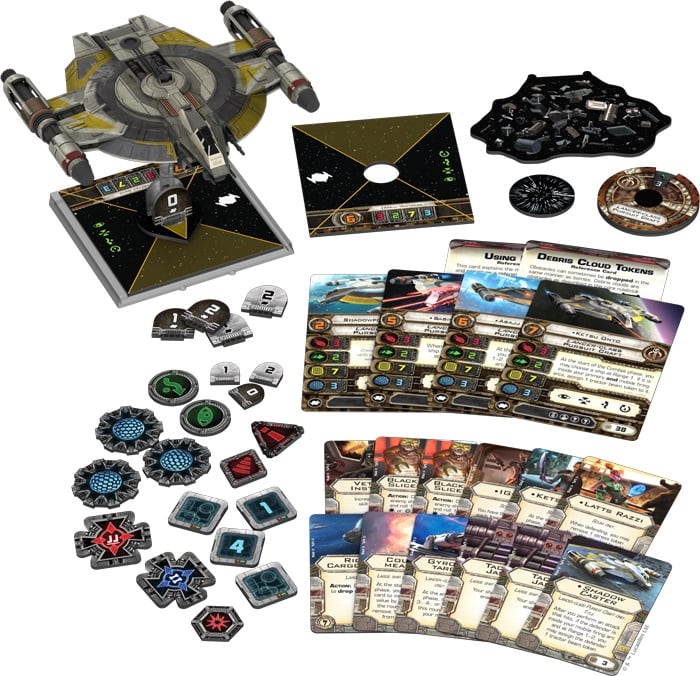 The Lancer-Class pursuit craft is full of surprises. It’s the first ship to have a Mobile Firing Arc. The arc is designed to be riskier to use but more rewarding when you catch a target inside of it. Just check out the title: 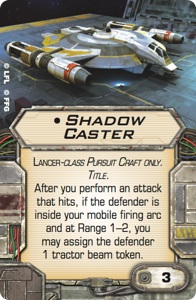 Getting a free tractor beam token on your target just for hitting them when they are in range 1-2 ain’t bad…Especially if you have friends who can follow-up on that attack. Now let’s take a look at the pilots to see if maybe they also have some tricks up their sleeves: 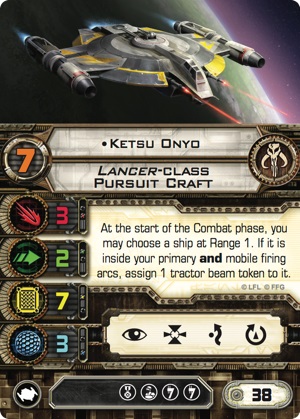 We talked about Ketsu in the last article about the Shadowcaster so I won’t rehash all that. Let’s just say that if you do it right, if Ketsu’s target isn’t dead, it’s going to be a lot easier to hit for the remainder of the round… 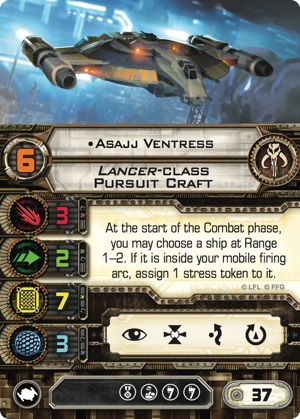 Asajj Ventress is one of the pilots we haven’t see yet – but you can already see the combo with the title card. Regardless if you actually do damage, Ventress’ target will have a stress token to deal with. And if you do manage to nail them, they will have to survive the tractor beam token as well. 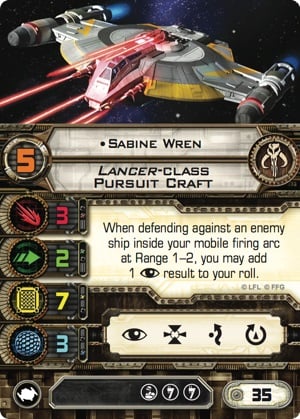 Sabine Wren’s ability basically says “when they are in range add a focus to your defense roll” – this is a Large ship with 2 agility dice. Getting free focus on your roll will increase your survivability in an already beefy (and surprisingly nimble) large ship. Oh and lets not forget the crew slot… 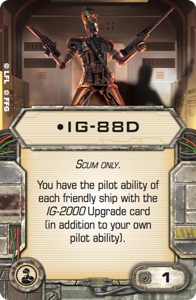 Okay Scum players – the addition of IG-88D should make you all giddy for obvious reasons. You can now run IG-2000 ships with other scum ships and still do the ability sharing thing. That’s just fun! 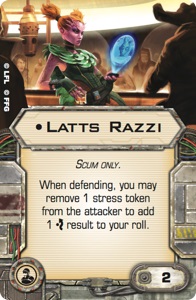 Latts Razzi + Ventress is a pretty obvious combo. But Latts could also pair well with Sabine to make that ship really hard to take down – especially in a heavy “Push the Limit” meta that we’ve seen. There are also a few ships that actually benefit from stress (looking at you Keyan Farlander) so shutting that down and giving yourself a free evade seems like a good thing to me. 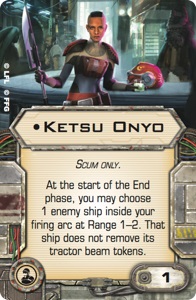 Having Ketsu Onyo as a crew member means once you have a ship in your sights, that ship is going to have a bad time. Running Ketsu + Ventress also seems like a natural fit, not you just need a way to slap an ion token on that target and we can call it dead. 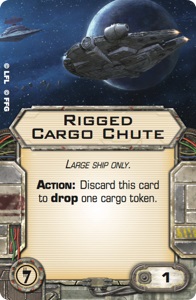 What’s the cargo token? Well you deploy it like a bomb from the rear guides. It functions exactly like a debris cloud and stays in place for the remainder of the game! That might not seem like a lot, but given that you can equip two of these you can actually reshape your battlefield!

As a bonus card, FFG also wanted to call out the new Seismic Torpedo from the ARC-170 expansion: 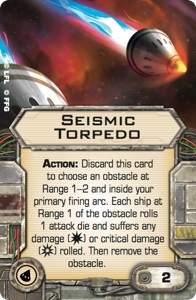 This torpedo also helps you to reshape the board – and it has the potential to mess-up some ships on the way, too! Suddenly, obstacles become targets to shoot at and any ships in range 1 might get caught in the blast – not too shabby!

If you’d like to get the full low-down from Fantasy Flight Games be sure to read their article about the Shadow Caster. This ship really is full of surprises! 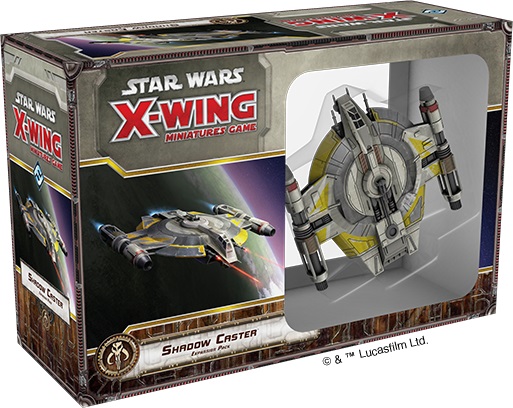 The signature starship of the young and ambitious bounty hunter Ketsu Onyo, the Shadow Caster was agile and powerful, but lightly shielded, trading heavy ray shielding for speed. Both the ship and its pilot make their way to X-Wing™ in the Shadow Caster Expansion Pack, along with three other pilots and twelve upgrades that afford you myriad options for outfitting your Shadow Caster with different crew and illicit upgrade combinations. Finally, the ship boasts a mobile firing arc, which offers some of the advantages of a turret, even while preserving a distinctive – and more point-efficient – play style.

The Shadow Caster – Defiantly fighting against the Dominion of the Imperial Empire & that Rebel Scum!