The Beast Arises Series continues with Part 10 – The Last Son of Dorn. Available now from the Black Library!

The Last Son of Dorn 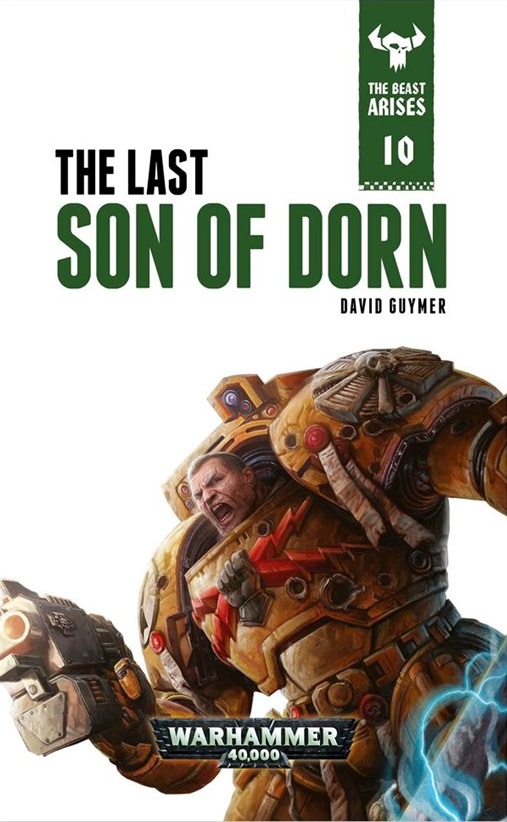 With their new Deathwatch kill-teams a resounding success, the forces of the Imperium return to the heart of the ork empire to finish what they started…

READ IT BECAUSE
It’s the true turning point of The Beast Arises series, when everything changes. We won’t say any more: just read it and see.

THE STORY
As the ork menace ravages the galaxy, the Imperium faces its darkest hour. Its fleets are in ruins, its armies devastated – amongst them the noble Imperial Fists – and even a primarch of myth has fallen against the Beast. As brute force fails, Koorland resorts to increasingly desperate tactics against the greenskins. A final hope lies in deploying the controversial Deathwatch and the Sisters of Silence in a deft strike at the heart of the ork empire. As the situation grows more dire, Koorland must live up to the symbol he has become as the last son of Dorn or all of humanity will be doomed.

It’s nice to see that Black Library moved up their time table for a lot of these books. The Last Son of Dorn wasn’t scheduled to come out until next month according to the Amazon listings from earlier this year. But hey, it’s here now!

If you haven’t been keep up with the series this books represents a major flip in the series. Up until the last book things were looking pretty dire for the Imperium. A massive ork WAAAGH! had pushed deep into Imperial Space and was heading straight for Terra. A Primarch has gone missing, presumed dead, and the players in this massive game have been upping the stakes the entire time. Space Marines, Eldar, Imperial Guard, Ad Mech, and of course Orks – all of them have been slugging it out. Crazy fleet battles, BILLIONS of lives fighting and even an Ork DEATHSTAR! Seriously, I didn’t make any of that up.

The previous book had the formation of the Deathwatch and desperate covert strike at the heart of the greenskin tide. It appears to have worked! Now Koorland, the Imperial Fist, must guide the Imperium to victory and live up to the symbol he has become. Score one for the good guys – but there are two more books scheduled after this one…

Also from Black Library is the cover of the novel in a sweet print. It’s limited to 50 so if you want it you might want to grab it while you can… 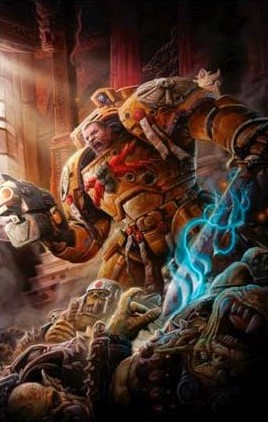 This print is one of a series of premium quality Gallery Prints, selected from amongst the very finest Black Library art adorning the covers of recent and forthcoming titles.

The Gallery Print is printed on 260gsm Linen White paper and is supplied in a card-mount frame, ready to display. It’s part of a limited run of 50 copies and is only available direct from Black Library.

The ‘Beast’ is bleeding…We can kill it.