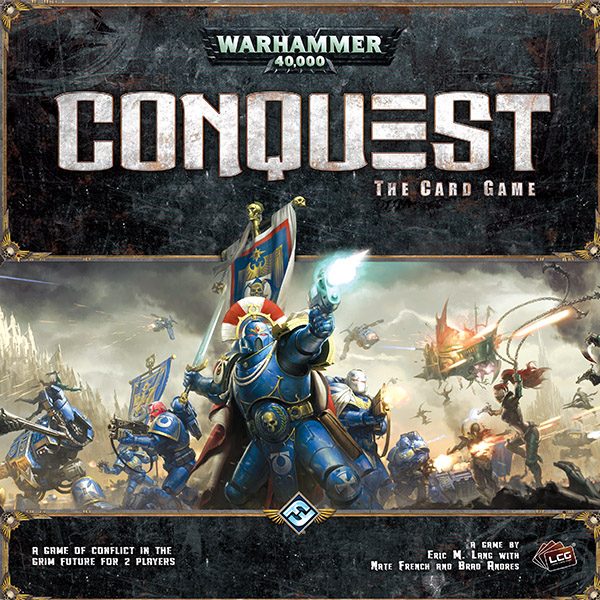 It’s the end of an era with the final War Pack “The Warp Unleashed” hitting shelves in October. With the end of the GW/FFG relationship Warhammer 40,000: Conquest is an unfortunate causality caught in the wake of the partnership ending.

Conquest ending this way in this way is bittersweet. I’m glad that FFG/GW decided to end this amicably and actually ship these final War Packs. The game is now considered “complete” which is nice. It just stinks that this game is getting shut down in the cross-fire. FFG has a history of really great card games like Netrunner, Lord of the Rings and Game of Thrones. Conquest had the potential to becomes something just big as I think the game was just starting to feel whole. 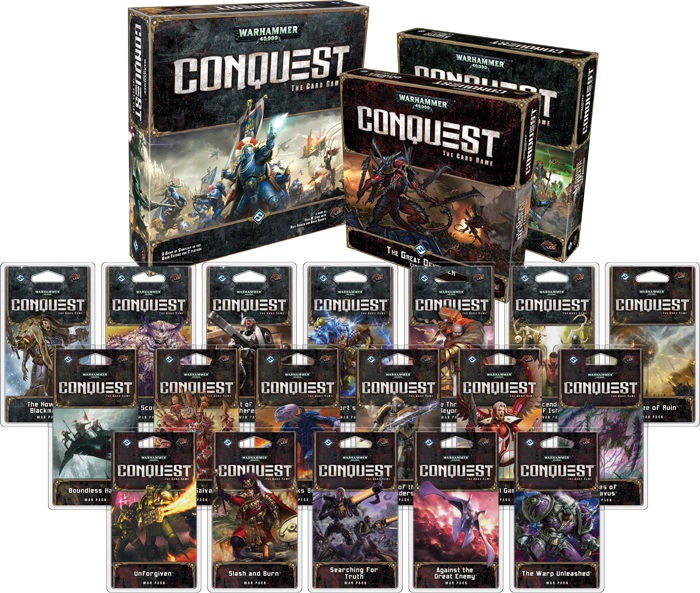 For those of you unfamiliar with the product cycle, Warhammer 40,000: Conquest has had released 3 “Cycles” of expansions, not counting the deluxe expansions. Each of these Cycles has 6 War Packs and included special themes or abilities within those Cycles. Each new Cycle changed the game ever-so slightly and by the end of the Cycle you had a new meta and overall new “big picture” to look at. In between those Cycles, FFG also put out two Deluxe Expansions introducing The Tyranids and the Necrons which also changed the game up quite a bit.

It really seemed like with the end of the “Death World” Cycle the game was at a really great spot – All the factions were in the game and all of them had tons of cards and options to work with. I really think the game was about to enter into it’s sweet spot. But now the Traxis Sector will forever be lost to the warp. 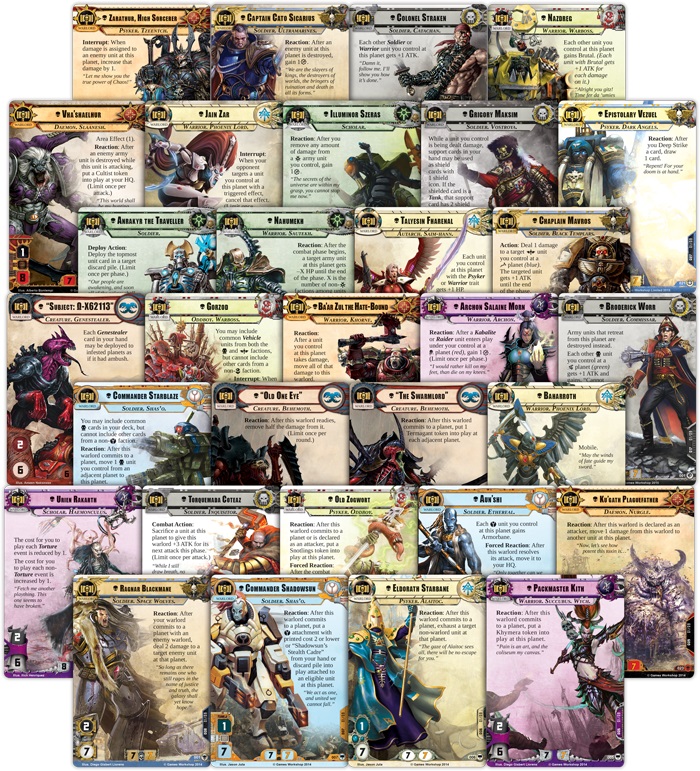 Every Warlord introduced in Conquest

Conquest, aside from having some excellent art, also had some really great game play. But honestly, I’m not sure which I’ll miss more. I’ve still got my set so it’s not like I won’t be able to ever play again. Following that logic, I will definitely miss seeing all the new art work that FFG and GW had created for this game. It really was fantastic!

Alas, all good things do come to an end – and again, in a bittersweet way, Fantasy Flight Games has worked-up a bit of a “Good-Bye” article for Conquest. As a fan of the game I really do appreciate them giving this game a proper send-off. It might not of gotten all the attention it deserved but it really was a fun ride while it lasted. So long Conquest, thanks for all the fun. 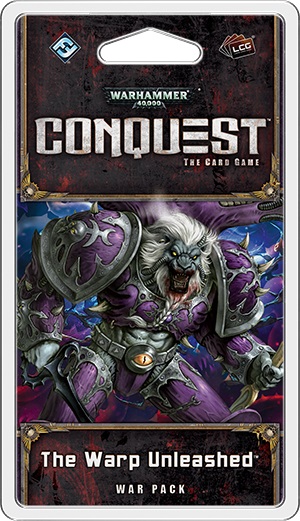 A massive portal into the Warp has opened in the skies above Nectavus VI. Blood rains down, drenching the ground, and every drop holds a tiny piece of the Immaterium that will gradually overwhelm and possess the entire world. As the power of Chaos grows, distinct forces converge to destroy the servants of the Warp before they can utterly corrupt this world. Before they can triumph, however, these unlikely allies must fight their way through the Chaos warlord—a Daemon Prince of Slaanesh.

The Warp Unleashed is the sixth War Pack in the Death World cycle for Warhammer 40,000: Conquest, and as with the other War Packs in this cycle, you’ll find the focus on the terrifying Death World of Nectavus VI. Plenty of new cards with the Deep Strike keyword give you ways to surprise your opponent with unexpected tactics or reinforcements. Elite units continue to become more dangerous and viable for every faction, and finally, a new Chaos warlord invites you to call upon the Daemonic power of the Warp! 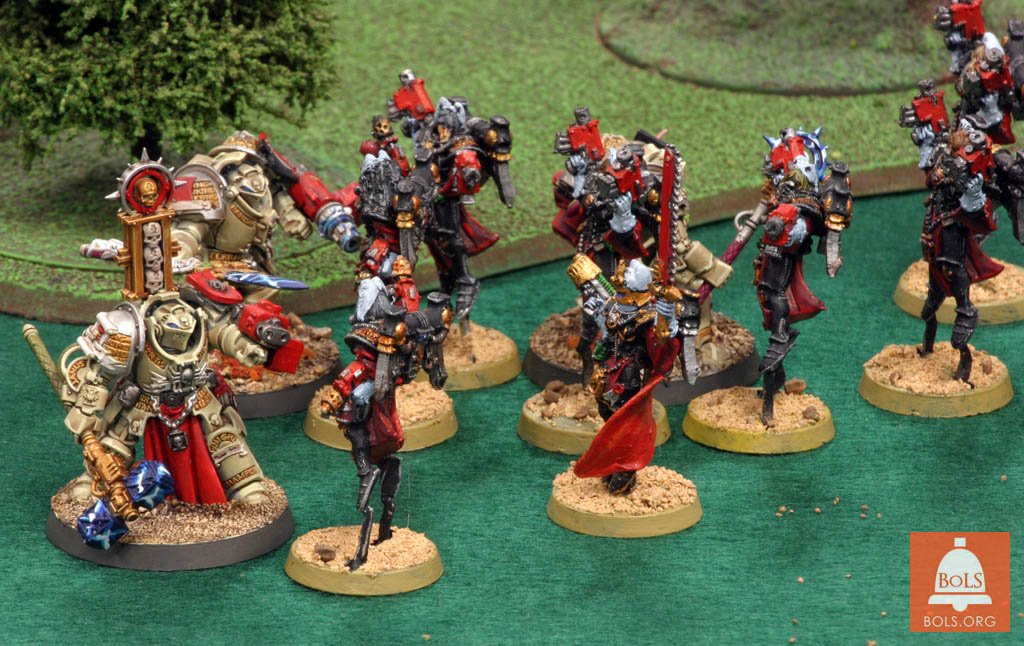