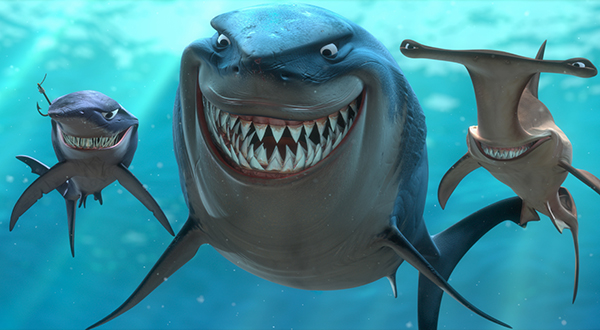 You’re not as great at 40K as you think you are – and that’s a GOOD thing!

The sharks circle the coastline, zipping back and forth, the smell of blood in the air. They’ve come from miles away, attracted by that all too familiar rust scent that drives them to a frenzy. They’ve come…they’ve come for you….and you time is nigh!

I’ve been playing 40k since the Battle of Maccragge release set, so since 2004? I’ve seen the meta shift all over the place in a few editions and go maximum crazy with allies and all the new releases that have come down the pipe. I typically do pretty well at tournmants, usually in the top third and have done respectfully at some large events. Even so, I’ve come to the realization that I’m chum…and so are you!

By chum I mean a player that won’t typically place in that top ten in a large event. I’m not saying there is a chance I can’t do better, I mean I am the only Team0Comp player to get top 8 at LVO…:), but those instances are far fewer than a regular event. I’m a solid player with a strong concept of the rules, but haven’t ever been able to hit those top finishes on a consistent basis.

Some of that is my lack of ability to see the combos in list creation, but also I’ve noticed my lack of focus in remembering to do things in game, which can be costly. Forgetting the Warp Storm table or forgetting to run a unit to get them to safety for example.

That being said, the desire to play has not diminished. I love the game and have been enjoying playing regularly at a league night or local tournament. It has also brought new friends in a new area as I recently moved to Boise, ID and have started making connections in the local 40k area here. The game of 40k gives a lot to my life and even though I desire to win, I realize that expecting to take every tourney is not realistic. 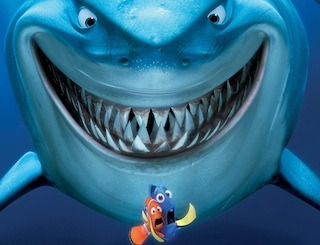 So what do I mean by this? Just that most of us are in this situation. We constantly see the top 10% players consistently do well at events. Some of these come and go as life whisks them other directions, but most of us are in that 90% and below. Like it or not, we are the chum in the shark tank, feeding their frenzy. It’s ok, accept it.

This isn’t a bad thing. Knowing your limitations is very freeing as a player. If you know that you will most likely not win the whole thing every event, the pressure to perform is lifted and the permission to have fun is imbued within you. This will open doors to have more fun at an event and make those victories that much sweeter.

But I don’t Want to be Chum

There are lots of ways to get better at this game, but remember, it is a dice game and the dice will bless or curse you depending upon their fancy. Don’t let your ego and identity be wrapped up in winning tournaments. I often see guys so intent on winning that they do things that are less than nice to their opponent, just in the pursuit of winning. Nitpicking over a 1/16th of an inch, or asking to take something back, but not allowing your opponent to take something back in the same game. Things that make you look bad to your opponent and others.

I don’t want to get too much into this as it has been talked about many times before, but if you want to get out of the chum pool and be a shark you will most likely need to do a few things. 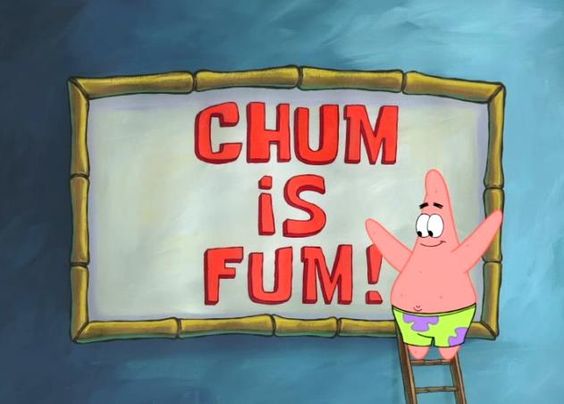 There is Power In The Chum

Being chum isn’t so bad, there are lots of us! If we realize this, we can band together and take advantage of it. We are the majority of the ITC and can work together to make this game more of what we want. Talk to other chummers and find out what they are thinking, Vote hive mind style and see the game change to how we want it to develop.

Less pressure to win is also huge. I went from top 8 at LVO one year to 0-3 the next. There were other factors for sure, but that was a big depressing flop for me. I had to pick myself up and find the joy in the game again. Lately I’ve been playing things I want to play such as my goat themed Daemonettes with Gatling Knights. Not top tier as I found out against my friend Matt’s tournament Eldar list, but super fun and I like how they look. Plans for a goat themed Kuato Fateweaver are under way.

I’ve also found other areas to enjoy in the 40k world such as community building, recently getting ready to start an ITC league in my area with many tournaments throughout the year, bringing in new people to the community and seeing the ITC grow. It’s a lot of fun as I work towards making themed tables such as a Jakku Star Wars inspired table complete with ruined Star Wars vehicles as terrain. I think it’s going to be really cool. Or my ideas for my lava FAT Mat. I think it will be lots of fun as we gear up for a GT in the area next year. 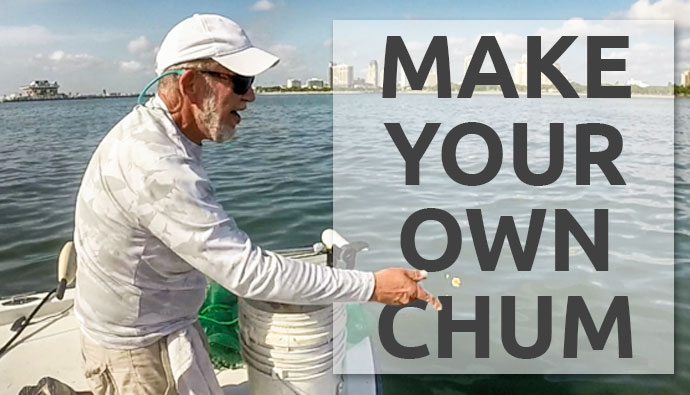 Embrace The Chum Side

So embrace your chum side and let go the hate and pressure you feel in your heart. Get eaten by the sharks and then surprise them now and then with what you have learned in your years of 40k gaming. The victory will be that much sweeter.