40K: The Death of Lord Varlak 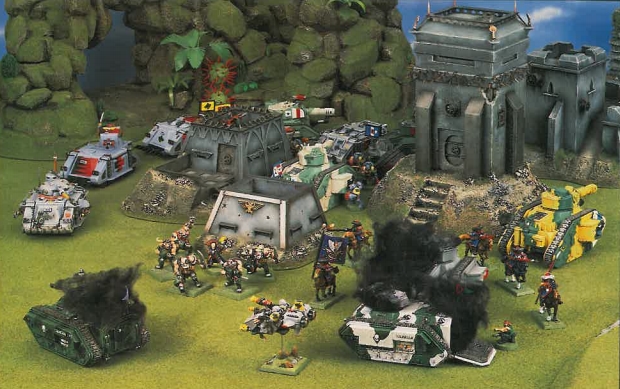 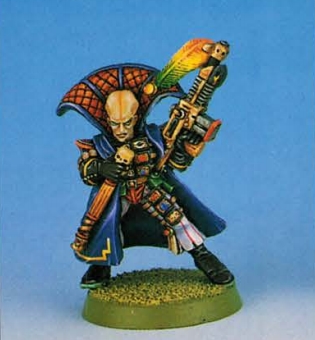 Here’s the thing. I know you –liked– 40k. So what happened? The Death of Lord Varlak…

Regardless of what your feelings are now, you –liked– it at one point and judging by the fact you are on a news and rumour site reading this article I’m pretty sure you –really liked– it.

I’ll tell you why I liked it (enough to review old back issues here). The answer is simple, Lord Varlak.

The name will either mean nothing to you or bring back floods of near overwhelmingly happy memories, so apologies if you’re reading this while driving, conducting surgery, operating heavy machinery or base jumping.

It’s possible that the name means nothing to you and that’s fair enough, it was back in 1995 which was virtually the dark ages by most accounts, however regardless of how long ago it took place it is my opinion that this character is the focus of the greatest Warhammer 40k battle report ever written.

This took place in White Dwarf 187, but first a little bit of background: It’s 1995 and 2nd Edition 40k is in full swing, miniatures are being produced at a rate never before seen and Space Marines are a hot topic, until now there have been many battle reports featuring Eldar and Ork armies, however due to the focus on metal miniatures these reports were focused on infantry skirmishes with the occasional vehicle as a centrepiece.

Then along came the Imperial Guard who got a completely redesigned 40k model range and a legion of Epic (or Space Marine or Adeptus Titanicus depending on which edition you want to say their range began) scale tanks with which the designers could draw inspiration from. Before you could say “what about Eldar Falcons” they had Leman Russ main battle tanks, Chimera armoured personal carriers and the terrifying Demolisher siege tank, which looked (and still look) great and were easy to put together and paint. 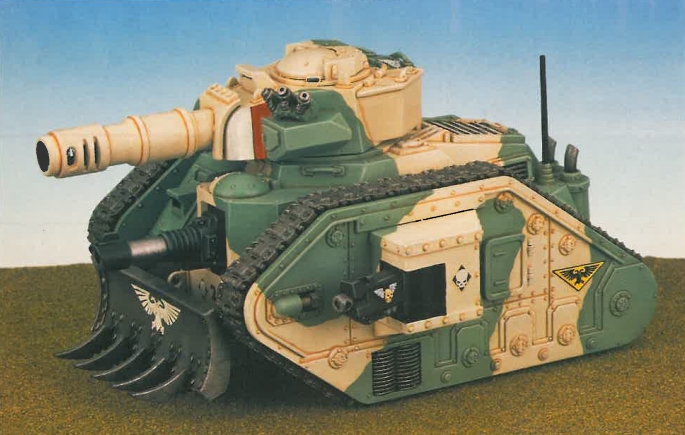 This was all well and good but it wasn’t long until someone pointed out how awesome all these vehicles would look if they were matched up against the Rhino, Razorback and Predators of Games Workshops poster children the Space Marines.

Voilà: the Heretic battle report was born. There were 4 players each side due to having to go through the painted collections of many different people to build up a force of vehicles large enough. On one side two Demolisher tanks defended the center of the board with some weapons teams in fortifications and Lord Varlak the flamboyant Imperial Psyker Lord (looking like someone straight out of Dune) with his bodyguard of Ogryn abhumans while 9 other Imperial Guard tanks sped towards them. To complete this visual spectacle, the design team included Imperial Guard infantry models that weren’t even released yet, leaving the advertising strategy and rumour squashing departments in the dust. 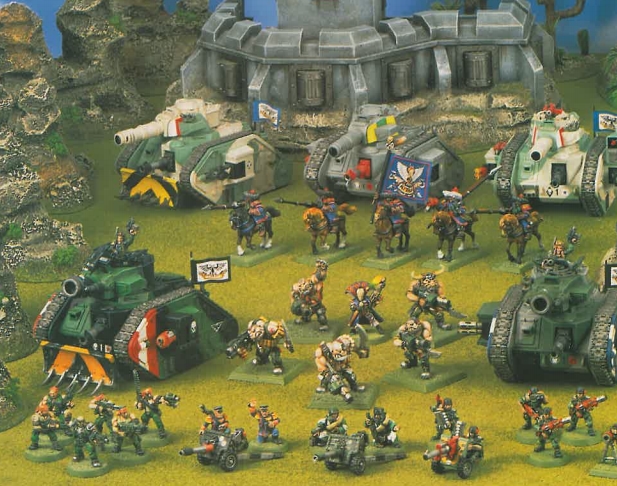 Meanwhile rushing towards Varlak was a spearhead of 15 Ultramarine, Space Wolves, Dark Angels and Blood Angels tanks including 5 Predators and several squads, a support weapon and 3 Land Speeders. The studios Ultramarine Landraider wasn’t used at this time for reasons unknown (I think it might have been out of production or would have unbalanced the scenario).

The mission was simple: the combined Space Marine commanders had to kill Lord Varlak, the Imperial Guard commanders had to get him off the board preferably in the back of a Chimera. The final stipulation to this matchup was that due to it being fought with 2nd Edition 40k rules, all units had to fire at their closest viable targets so if the Space Marines wanted to target him, they had to go in and get him. 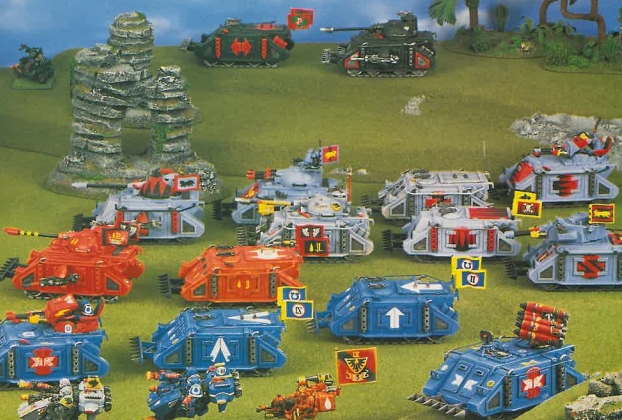 What followed was the greatest battle report ever written, Andy Chambers did his best to bring the character of Lord Varlak to the table but this wasn’t what truly made it special. What really fired up my interest was not down to the story, not down to the spectacle, not down to the previews of unreleased models or the house rules they introduced into the game to tone down blast weapons; the part that interested me most was that almost every unit and tank taking part looked good and all the players looked like they were having fun playing it.

The new Leman Russ Demolishers looked awesome weathering a storm of fire and psychic attacks from the Space Marines, the armoured Guard reinforcements looked awesome speeding on with their individual paint schemes and engaging the lead Predators, the Deathwing contingent looked terrifying getting close in (back when they could ride in Rhinos) and tearing apart the approaching tanks in close combat. The Ultramarines new chief librarian Tigurius (the superior old model) looked awesome causing the heavy siege tanks to back away from his devastating short range powers. Just look at the graphical map of what happened: 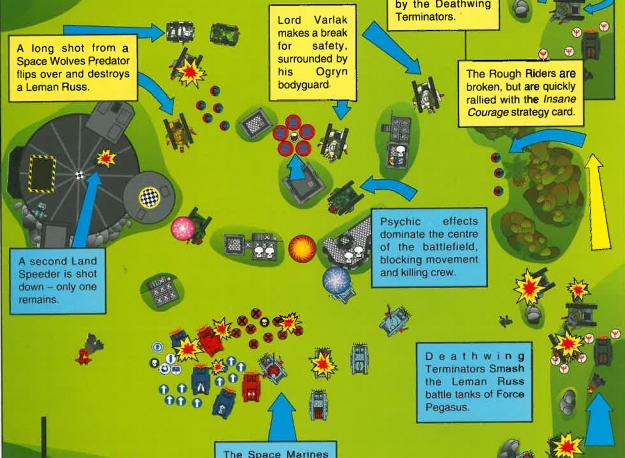 The battle ended when the surviving model from the combined squadron of Land Speeders managed to hit Lord Varlak with a Multimelta just as the Blood Angels Death Company and Space Wolves Blood Claws started overrunning the defenses, it was pretty awesome.

As with the style at the time there were closing words from the players involved and you could tell they really enjoyed it, Andy Chambers sounded mighty cross that he had his character vaporized.

I would have given everything at that time to be a part of that battle report, it looked excellent. The best thing was that it wasn’t too much of a stretch of the imagination to believe that I might actually play a game like this, all I had to do was to buy more models…

So there you go. Back when Games Workshop used to ignore its own points limits, re-write the rules of its own game systems, show off models before you could buy them in the shops and use non Eavy Metal painted miniatures in battles they managed to convince me to buy more of their products.