The new Warhammer 40k Kill Team game is back, and this time it’s a stand alone supplement – sort of. Come get your first look!

Straight out of 4th Edition the new Warhammer 40k Kill Team rules are back and updated to 7th Edition 40k. Plus depending on what you value the new Kill Team rules themselves, this new Core Set is around a 50% OFF savings over normal MSRP!

That right there at a minimum is $120 which is nearly a 50% discount off the contents! Seems like a great deal to us for sure, as long as it’s the same models. Save a bunch on models, AND get new rules – BONUS!

Now as far as the rules go, there are a few that are making a comeback, and a few new ones as well, while the Kill Team itself fits nicely into is own little detachment format as well.

Plus up to 3 models can take just take specialist abilities (no rolls required), while one leader gets a separate traits chart to roll on that can affect the whole kill team itself.

From there there’s custom missions to help or hinder your team, and two specially made datasheets that Games Workshop has made to make open box games easy.

Overall I feel like this is another slam dunk product, and perhaps the fist supplement box set that hobbyists will be playing for years to come! 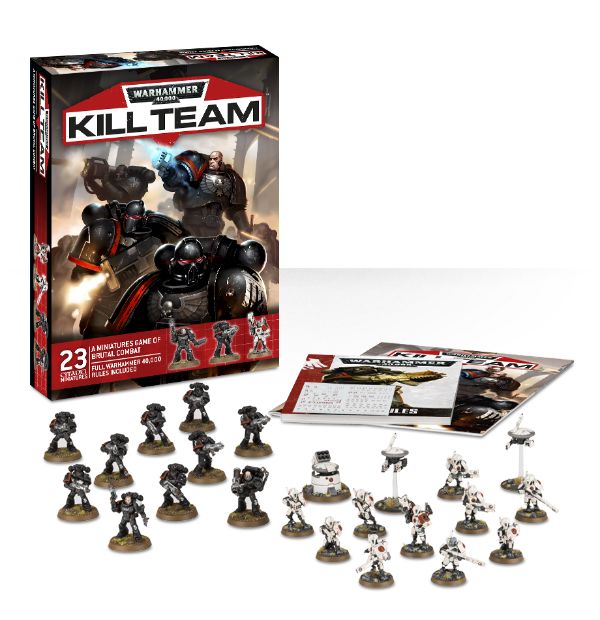 No strength in numbers. No margin for error. Pure, fast-paced combat where tactics matter more than brute strength, and every action matters. A single shot can spell the difference between life and death, and a single decision can decide whether a battle ends in glorious victory or dismal defeat: this is Warhammer 40,000: Kill Team. 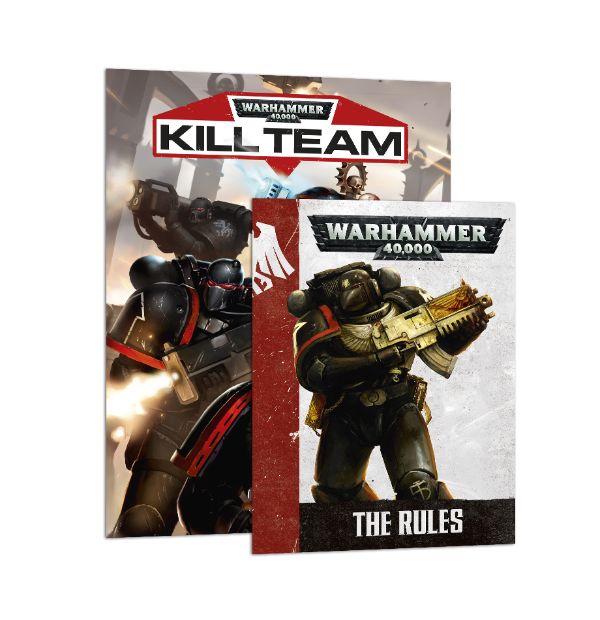 – a Space Marines Tactical Squad – this is everything needed to build 10 Space Marines with a huge amount of customisation: boltguns, a grav-gun, a melta gun, a flamer and a missile launcher, with power fist, chainsword, plasma pistol and bolt pistol options for a Sergeant.
– a Tau Empire Strike Team – 10 Tau Empire Fire Warriors, with two drones, a DS8 tactical support turret, a selection of different shoulder pads and back packs and a choice of weapons – pulse pistols, pulse carbines, EMP and photon grenades!

– a 32-page softback Kill Team book, featuring full rules for playing skirmish missions (six Kill Team missions are included), with an extensive section on additional ideas for your games – making up and linking your own missions as a narrative, playing games with more than two players, introducing vehicles and mobile objectives, co-operating against hordes of enemies; there’s almost limitless scope.

– a small-format softback copy of Warhammer 40,000: The Rules, providing the basic groundwork that Kill Team expands upon.

Time to play some lunch-hammer? 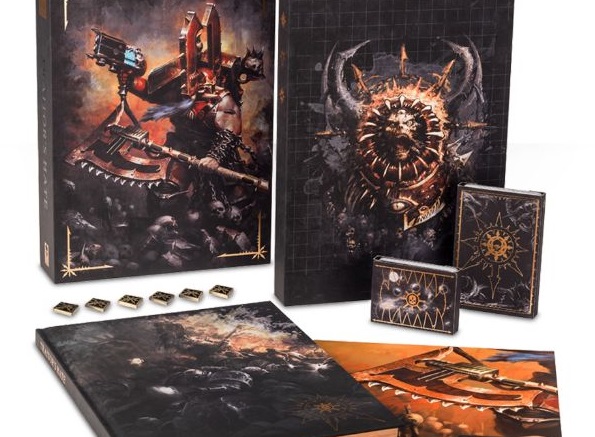