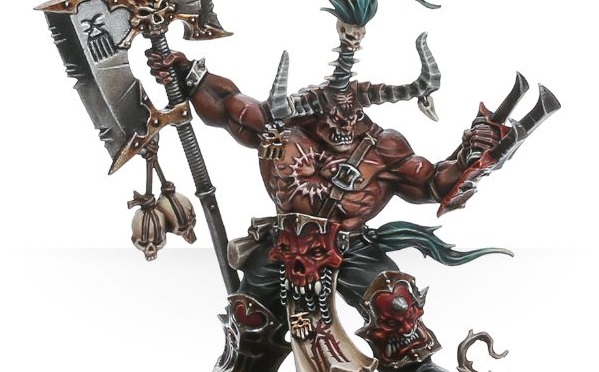 Games Workshop is back with another Hero teaser for Gorechosen: Redarg Bloodfane!

Redarg Bloodfane is going to be one hero to lookout for. He has the potential to cause the most damage out of any one warrior in the game. Unfortunately he’s a bad case of tunnel vision. If you can stay on his flanks it might be over for this “bull charger” of a combatant. 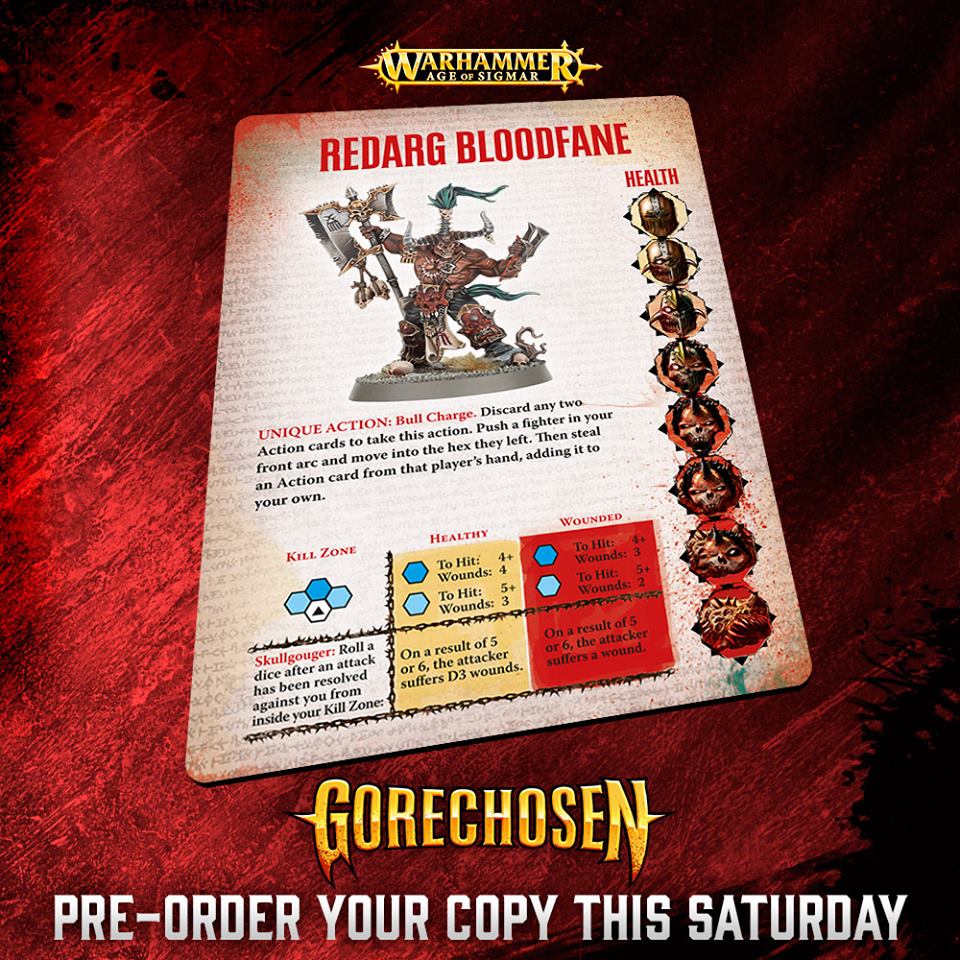 Redarg Bloodfane has the potential to inflict the most damage up close of any warrior in the game. He also comes with a brutal deterrent to head on attacks in the form of his Skullgouger. His attack range is the smallest though, so, you’ll need to be careful of your positioning, because if you get flanked, you may find it hard to get out of there.

And just in case you’ve missed them, here are the previous two heroes: 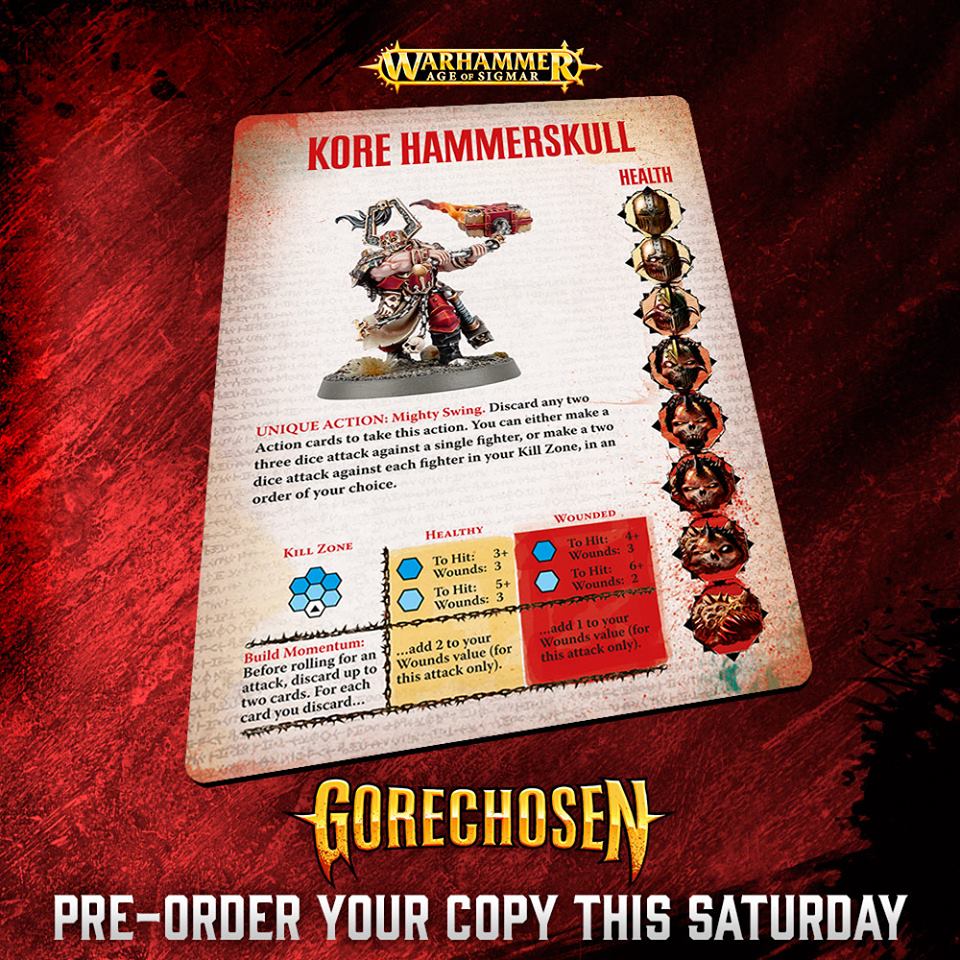 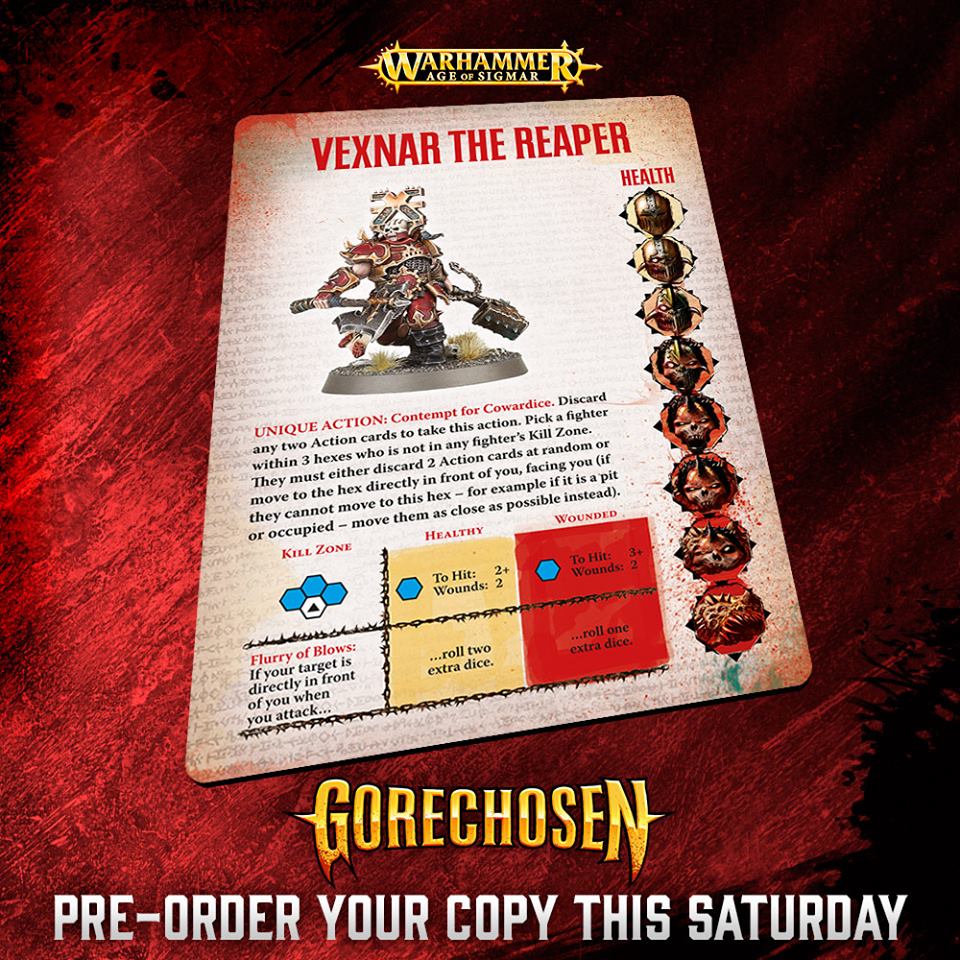 Pre-orders go up Saturday – are you prepared to enter the Arena and fight for SKULLS!?