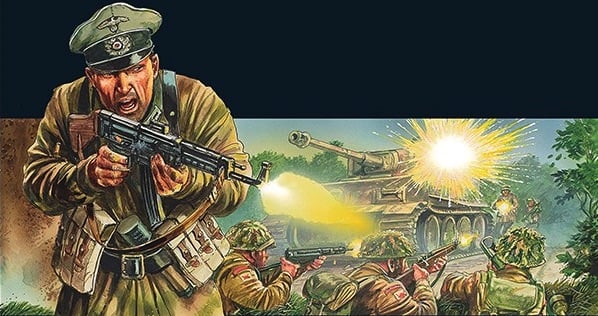 Second Edition is here – learn how you can build your armies and connect with other players.

Just picked up Bolt Action for the first time and not sure where to go next? The folks at Warlord have picked out a some essentials you’ll want to pick up…

Historical wargaming can be, but doesn’t need to be, a daunting prospect for newcomers – which force should I collect? What do I need to get started? What colours should I paint my models? We’ve gathered together a bundle of essential resources which should help to break down some of the barriers, and help any new players with some of the basics!

The options are near-endless, but the best place to start is of course the Bolt Action Rulebook, which contains all of the rules, a timeline of WWII events, sample Army Lists for the German, US, Soviet and British forces… and is packed with stunning photographs of our studio models, along with exceptional illustrations from renowned artist Peter Dennis. If you’re keen to dive in in the meantime, and want to start your collection with a BANG!, then you need to pick-up a copy of the ‘Band Of Brothers’ Starter Battle Set. Once you’ve decided which force you’d like to collect, it’s time to call in the reinforcements – head over to the Warlord webstore and muster more manpower!

We’ve put together the Bolt Action ‘Getting Started‘ Bundle – which has been specially created to provide new players with a full, competitive 1,000pt Army, their accompanying ‘Armies of…’ Sourcebook, and a set of Order Dice. Combine this special offer with the Bolt Action 2nd Edition Rulebook/Band Of Brothers Starter Battle Set and you’ve got everything you’ll need to begin playing! Keep a particular eye on the Deals section of the website… we regularly add new themed bundles and offers to coincide with the latest releases, offering great value – so if you’re looking to add a whole new chunk to your army, it’s the place to look!

Alternatively, if you’ve already decided upon which army you’d like to collect, we have created a series of specific Starter Sets – which cover all of the core units you’ll need to get started playing Bolt Action – along with a few extra deadly additions to add some extra firepower!

Should you already have your army book, and feel comfortable at writing your own army list, then make use of the fantastic build an army option, giving you a choice of units and topped off with a free tank! 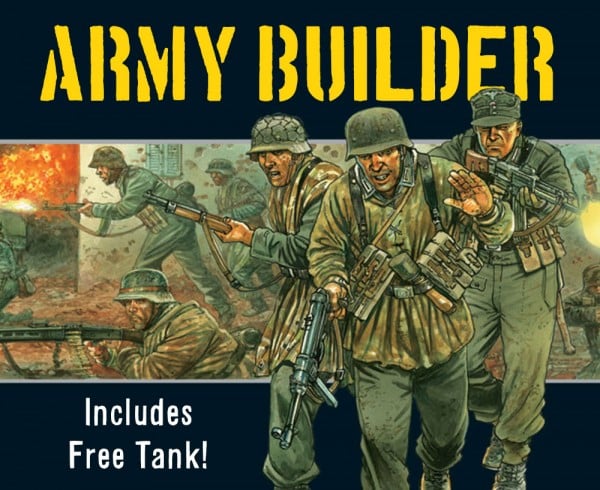 So…Which Army Should I Collect?

Every player has a different reason for collecting their army of choice… for some players, it’s because they want to recreate the actions of a specific historical unit, maybe they want to play out the events from a Hollywood war film…. some players maybe like a specific tank, and collect an army based around that… others perhaps have a relative who served in a specific unit, and want to recreate that upon the tabletop battlefield… or perhaps it’s a simple matter that they like a specific model, or a particular series of models…

So why not re-watch your favourite war film, look back through your family tree, or pore over a few documentaries to see what sparks your imagination?

On the Warlord Games website, there is an ever-expanding library of articles – from hobby guides, historical accounts, and battle reports… dive-in, take a look, and see if we can’t sway your decision!

We’ve also handily separated them by country, so that you can look at – for example –

What Colours Should I Use to Paint my Models?

You may feel that one of the biggest barriers to historical wargaming is the paint schemes… specific forces would wear very specific camouflage patterns, and/or uniforms of very specific colours. However – there is a wealth of reference material online, and it should always be remembered that uniforms would be dirtied quickly, colours would fade with time, and uniforms would often be made in a number of different factories, so variation was commonplace.

You can take a look through the Bolt Action articles, we often feature articles showing suggested paint schemes for some more specific or obscure schemes. That being said – we have created a number of Painting Guides (with more on the way!) which should help new players to get started! 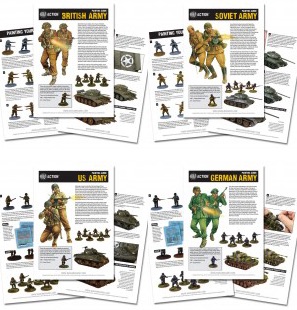 We’ve also put-together Paint Sets – which contain all of the key colours required to recreate the uniforms of all of the major forces represented in Bolt Action. If you’re looking to chat with fellow Bolt Action hobbyists, if you have hobby questions – be it about modelling and painting, rules questions, or historical queries – the Warlord Games forums are packed with enthusiastic, knowledgeable fellow hobbyists – so it’s well worth a look…

If you’re starting out, and you’re looking for opponents and fellow Bolt Action hobbyists in the local area, we’ve set up the Bolt Action Opponent Finder subforum – take a look, see if there’s anyone in your area, and post a quick thread to introduce yourself!

There’s also a fantastic Facebook Group – which provides a near-constant stream of photographs of Bolt Action hobby projects around the world… if you’re ever short of hobby inspiration, it’s a perpetual source of information and great photographs that are sure to replenish your modelling mojo!

That should get you a good head start into building and painting your Bolt Action armies; as well as picking up some tactics and finding folks to play with.

What’s your opinion of second edition?