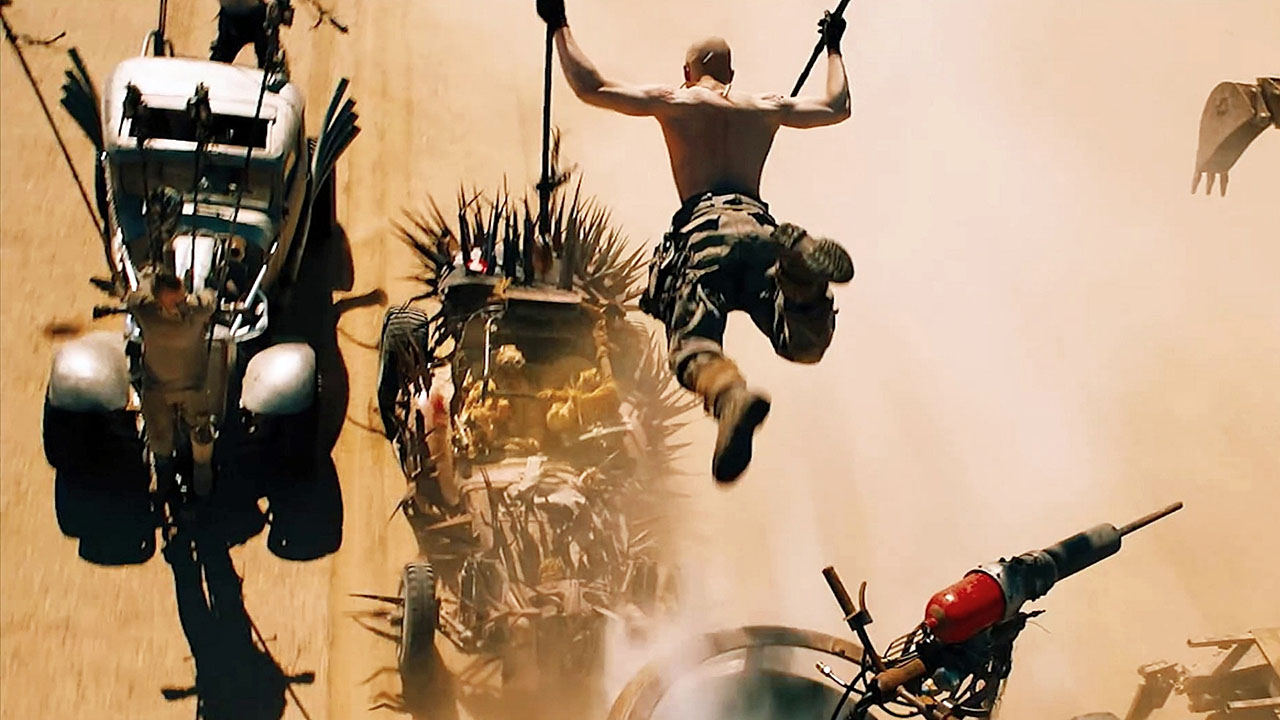 Many vehicles were harmed in the making of this movie.

We didn’t really need more proof that the stunt coordinators on Fury Road are mad geniuses… but we’ve got it anyway.

Watch that again with the knowledge that there were no on set fatalities. Zero. Fury Road was a feat in movie making and safety engineering.

Guy Norris was the supervising stunt coordinator for Fury Road. He started his career as a traveling stunt performer and met George Miller on The Road Warrior in 1980. At 54 he filmed his final stuntie role in the most dangerous stunt in the movie. He drove a ten-ton, sixteen wheeler at 60mph into a wrecked 16-wheeler without slowing down. An impact that could kill a person – especially given that the cab is above the engine. They had to build a special rig that would allow him to keep accelerating after impact. You can see the stunt toward the end of the clip. He came out without a scratch. If that’s not a proper parting shot, I don’t know what is. 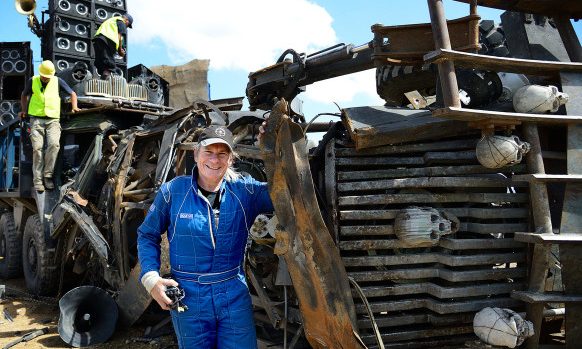 Norris on that massive final chase scene that took months of planning:

“That’s what we call the ‘dancing truck sequence.’ It was all designed to keep Max and Furiosa apart for as long as possible. Every time he came close, how could we interrupt that process and have another set piece? The biggest thing to talk about here is the location. It’s difficult enough to do a chase scene with two or three normal cars on a normal street, but the incredibly flat desert that went for miles allowed us to have a whole armada of over 75 vehicles in one shot. Again, it gave us an amazing opportunity to do something that had never been done before.” 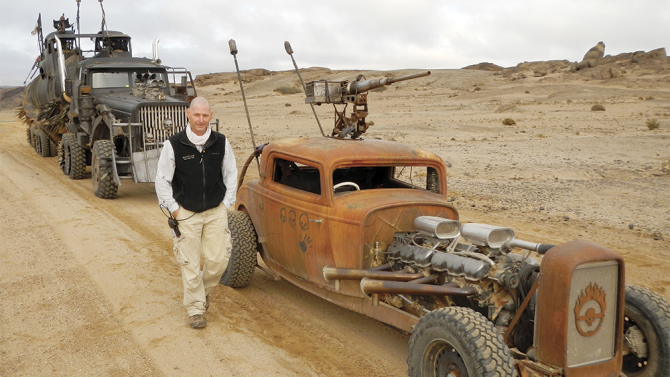 Glenn Suter started as a stunt performer in the mid 90s and has gone on to act as coordinator for movies like Pacific Rim. He works with performers directly to ensure they’re up to snuff and staying safe on set. One of his assignment on Fury Road: the Cirque du Soleil inspired pole fights. The folks up on the poles were trained by a Cirque performer, in fact. Performers wet through an 8 week training program on poles with special mounts that recreated the motion of the cars until the choreography was perfect. Suter worked extensively with the drivers, as well. The whole lead up to filming was about 3 months.

Suter also worked with the lead actors on their stunts. On working with performers: “Everyone has fear. Everyone has physical limitations. You work with them in the areas they do well, you spend time in training, you build them up to a level they feel comfortable in. You watch for their capabilities, and stretch them beyond the limits they think that they can go.”

Both Norris and Suter worked on Suicide Squad.

What is your favorite Fury Road stunt?