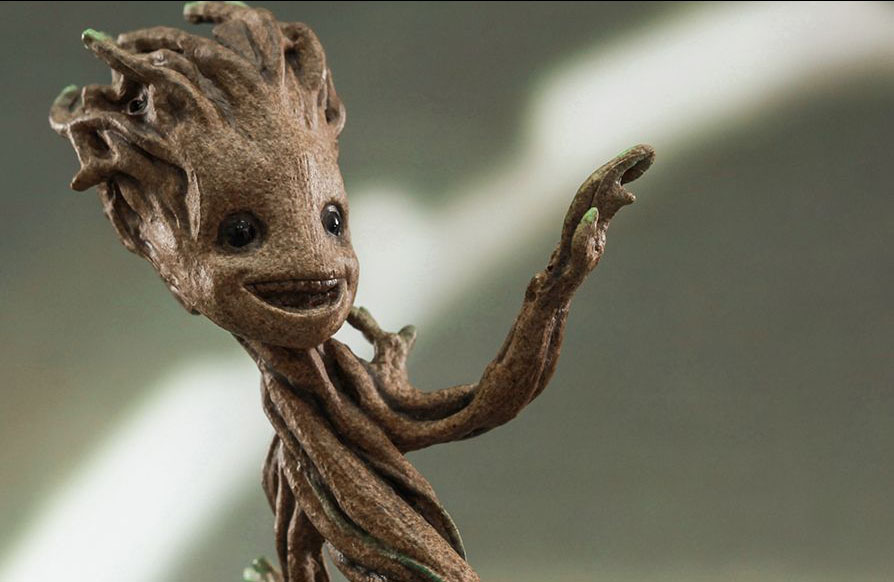 Well… this settles the voice issue.

Simply because I’m getting asked this question more than any other. #BabyGroot #GotGVol2 pic.twitter.com/dNwjQOFGDO

He can voice the character in multiple languages while wearing stilts… so…. we’ll just run with it.

Seems that Diesel also gets a special script to work from…

The special Groot version of #GotGVol2 that only Vin Diesel & I have, where every Groot line is printed in English. pic.twitter.com/WGxY00Qsub

I’m looking forward to hearing his take on baby Groot… and the rest of the weirdness that they have planned for the sequel.

What do you think Baby Groot will sound like?