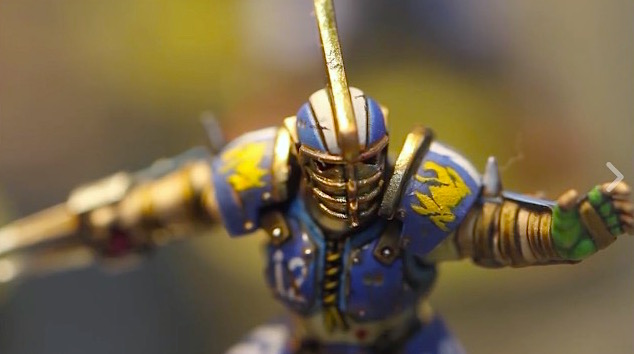 The Blood Bowl Box has been seen in the wild – Come see what’s heading for the pitch! 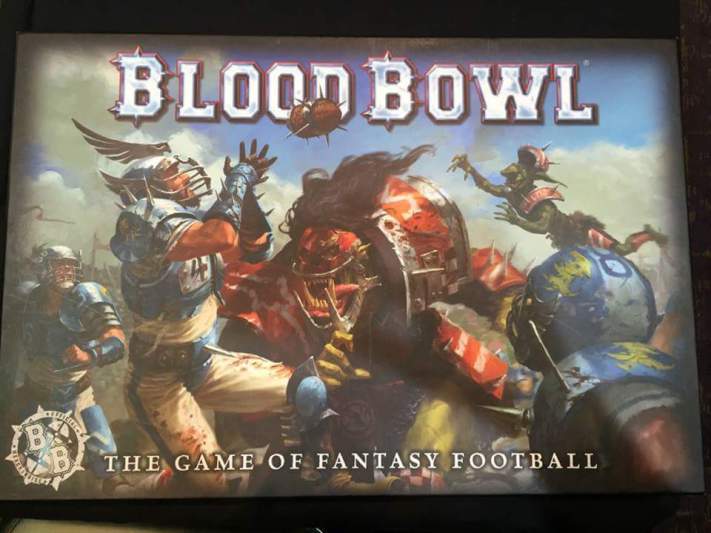 This new box is clearing going to be Humans vs Orcs which is a call out to the classic version of the game. I also like the new seal they have designed for the game. It’s the little things really. 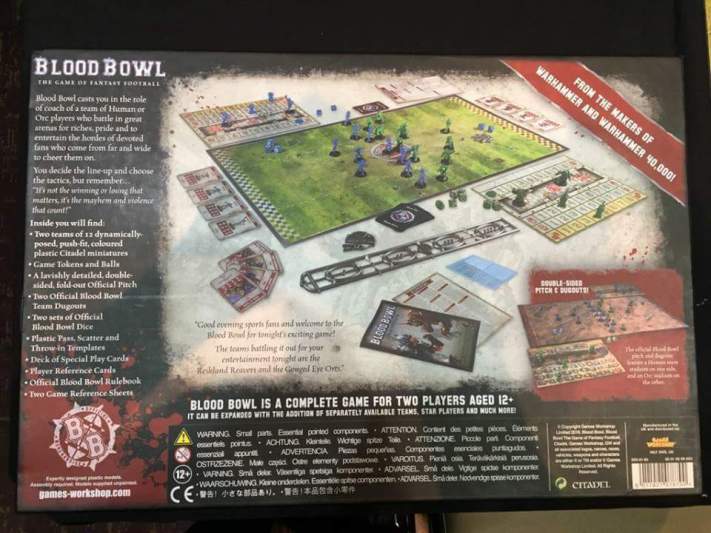 The back of the box is where things are getting interesting. If you look closely you can see all the contents listed:

I love the fact that the board is double sided as many veteran players will appreciate getting a new field to play on after 20+ years! Also note this is a complete game for 2 players. which makes sense as the two teams are included. And you can see their names too: Reikland Raiders and Gouged Eye Orcs. 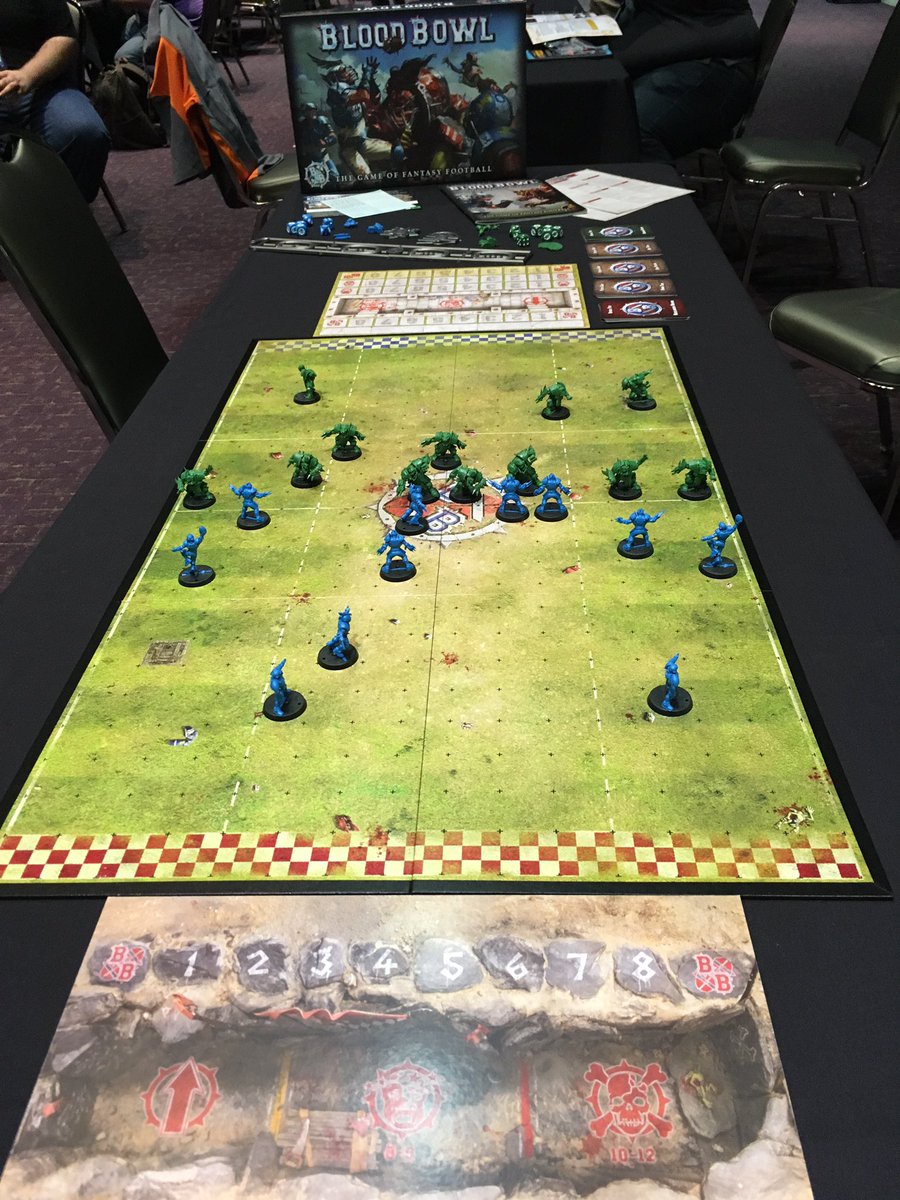 Here is a good look at the pitch and some of the models in action. 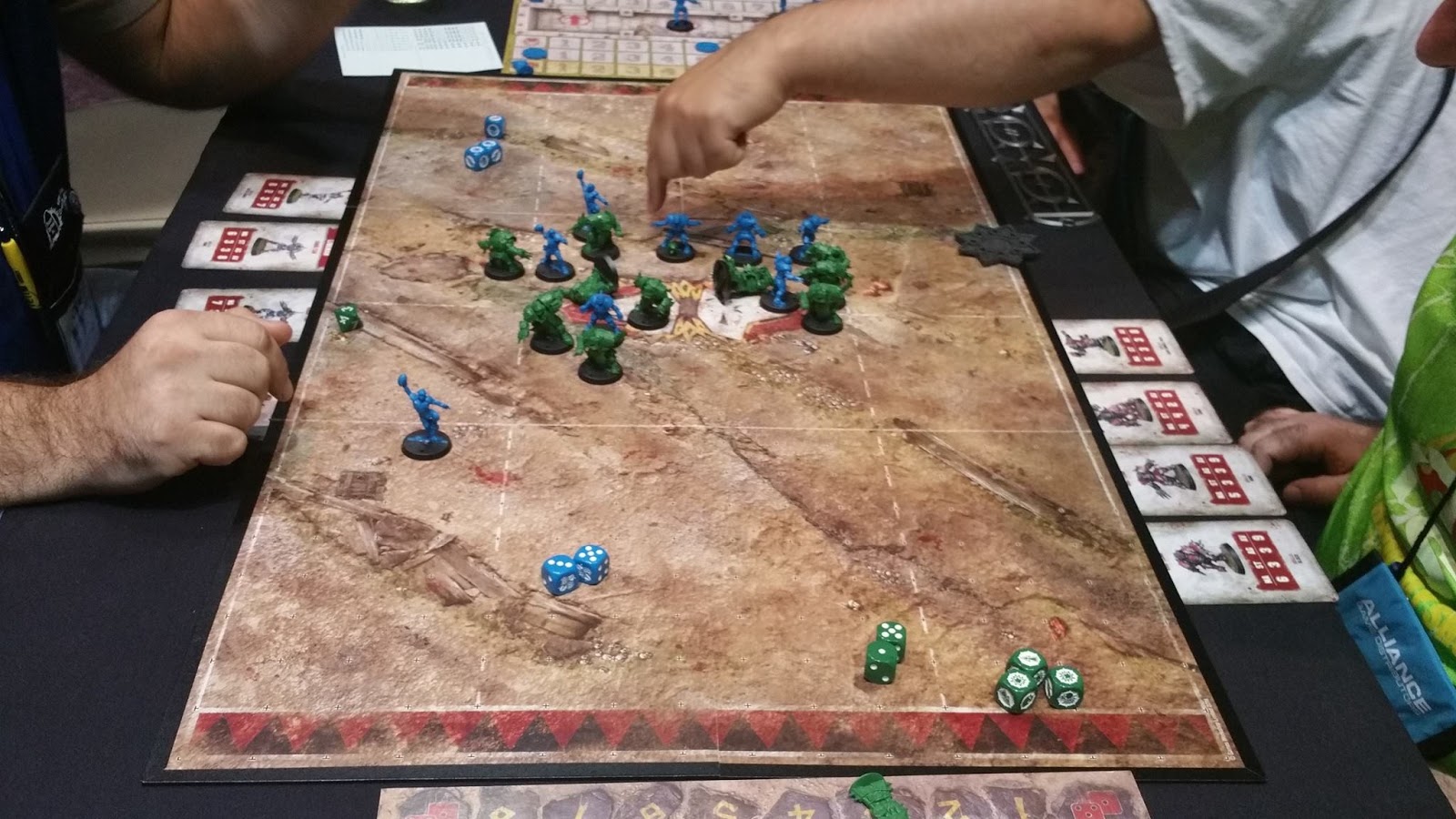 This is a good shot of the game in action – I like that the players have cards with their stats on them. That makes it super handy to reference. 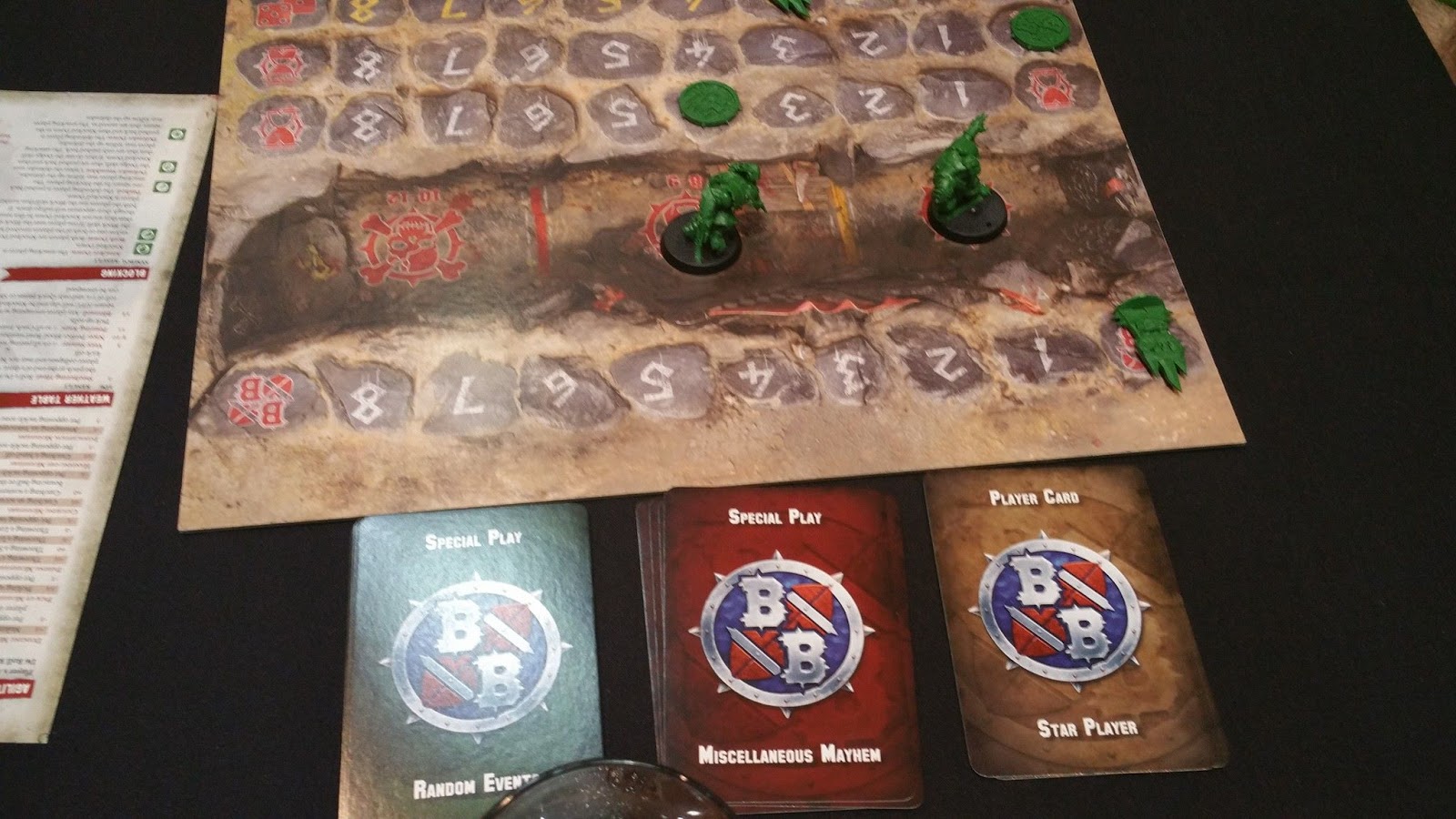 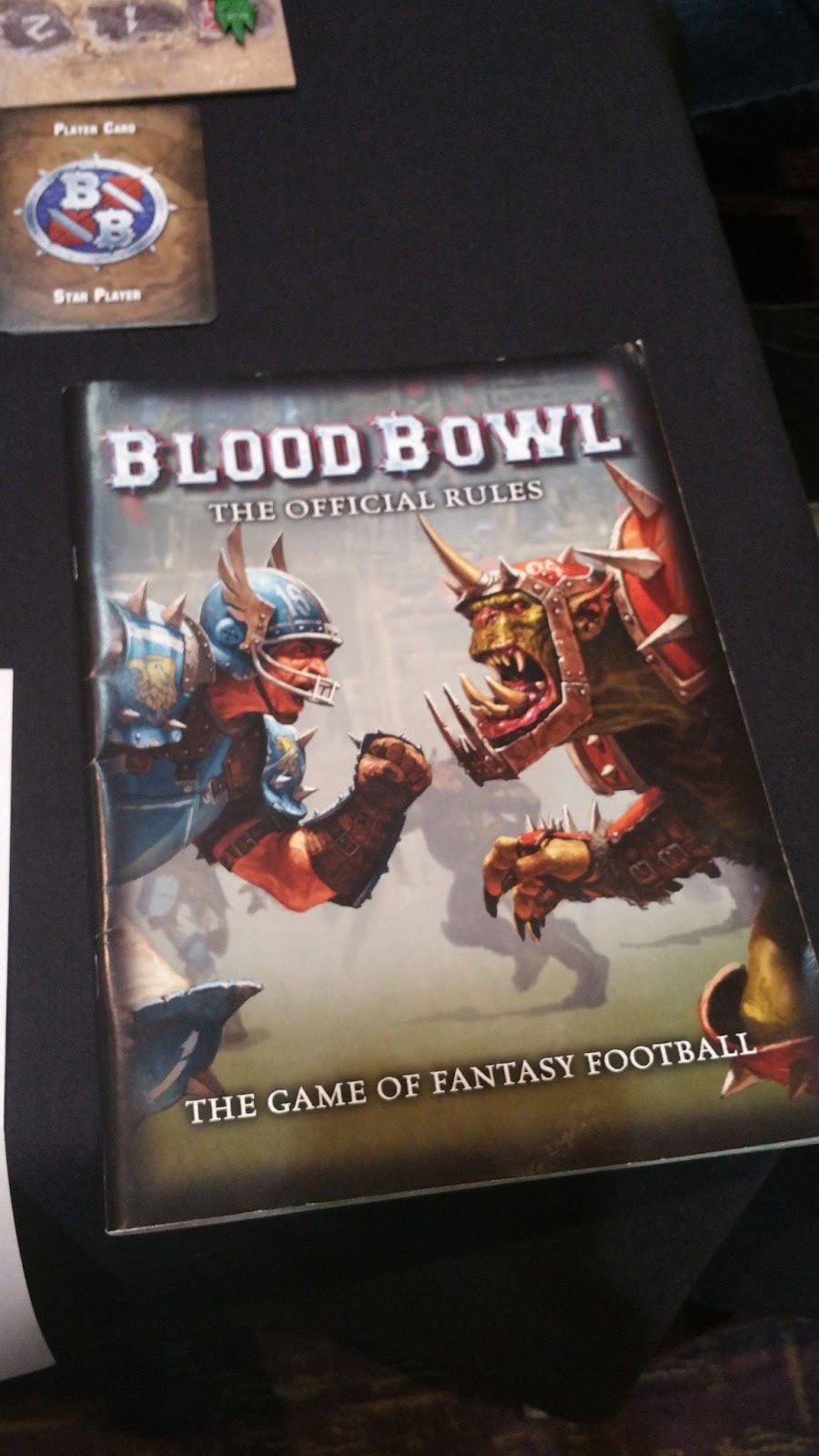 Here’s a final shot of the rule book. It looks about the same size as many other board game rule books.

Not much else to say about this one! At least we have a pretty good idea of what the contents will be. And if you want to take a closer look at the models here are some of the images we’ve seen previously: 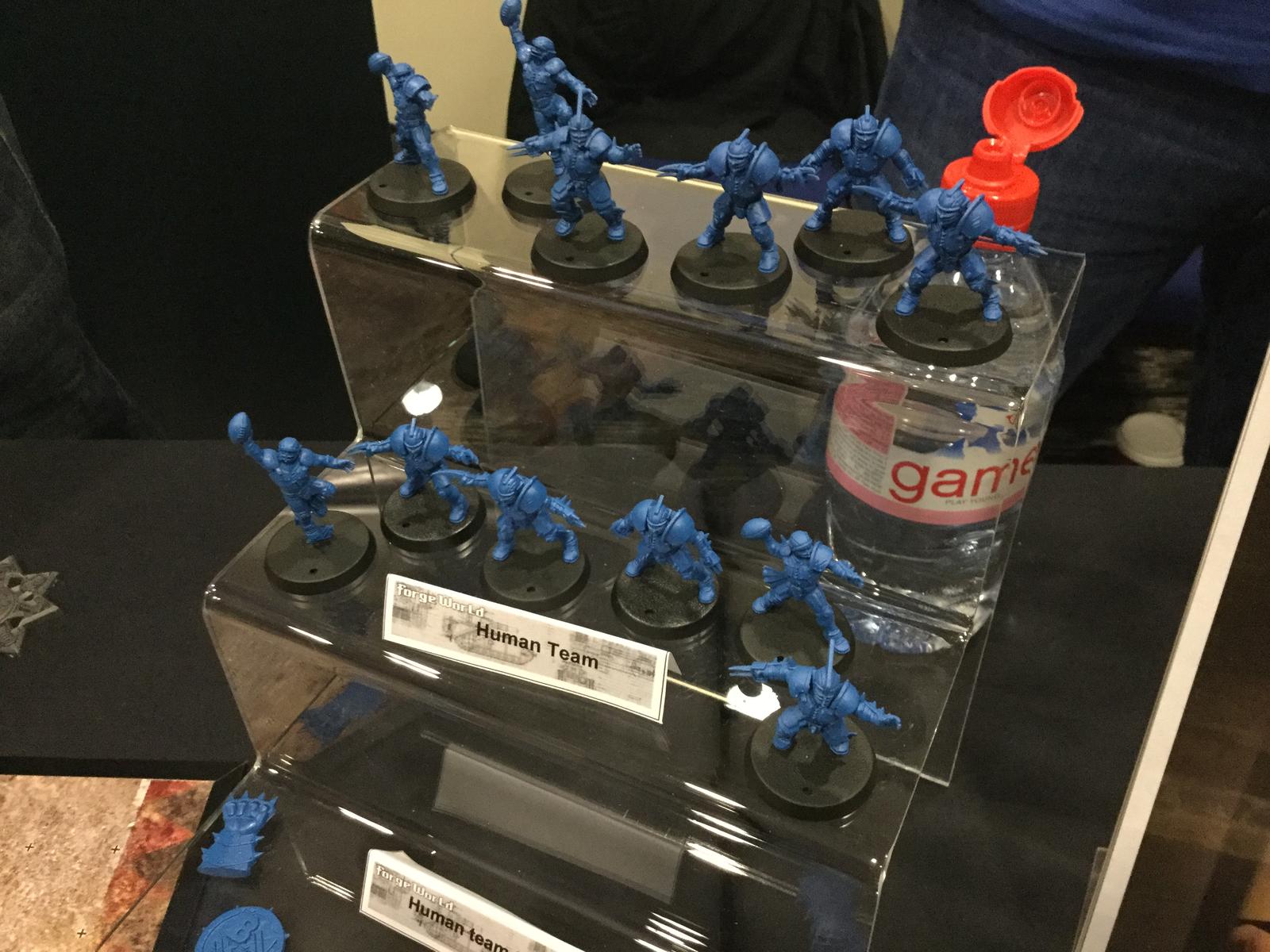 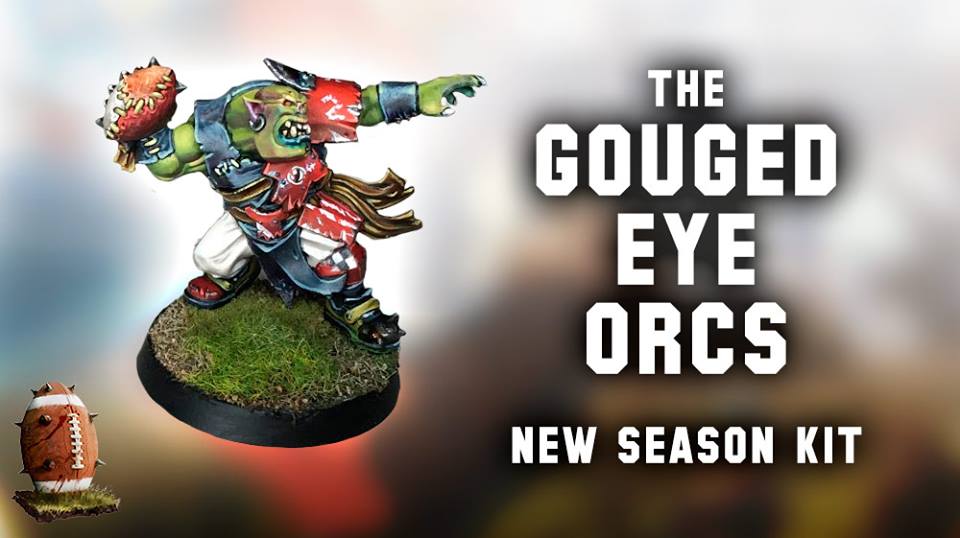 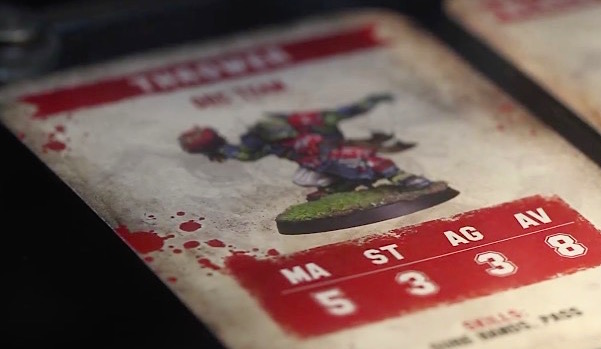 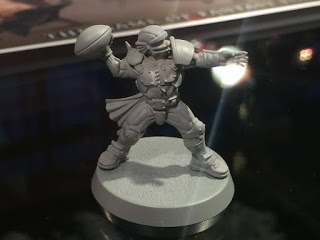 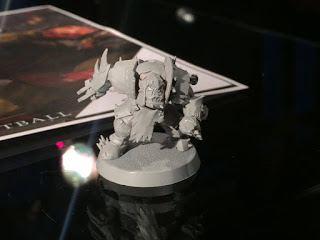 Now that is some “Fantasy” Football!

Author: Adam Harrison
Writer, Editor, Texas Native, and Austinite for 15+ years, Adam covers all things Tabletop Gaming. Which includes Warhammer 40,000, Age of Sigmar, D&D, Board Games and everything else that involves dice, boards, cards and a table. A hobbyist, player, and collector of miniatures and games, Adam's current obsession are his Death Armies for Age of Sigmar, his Blood Angels and Tyranids for 40k, and his ever growing Arkham Horror: The Card Game Collection.
Advertisement
BloodBowl Board Games Games Workshop Tabletop News Warhammer Fantasy
Advertisement 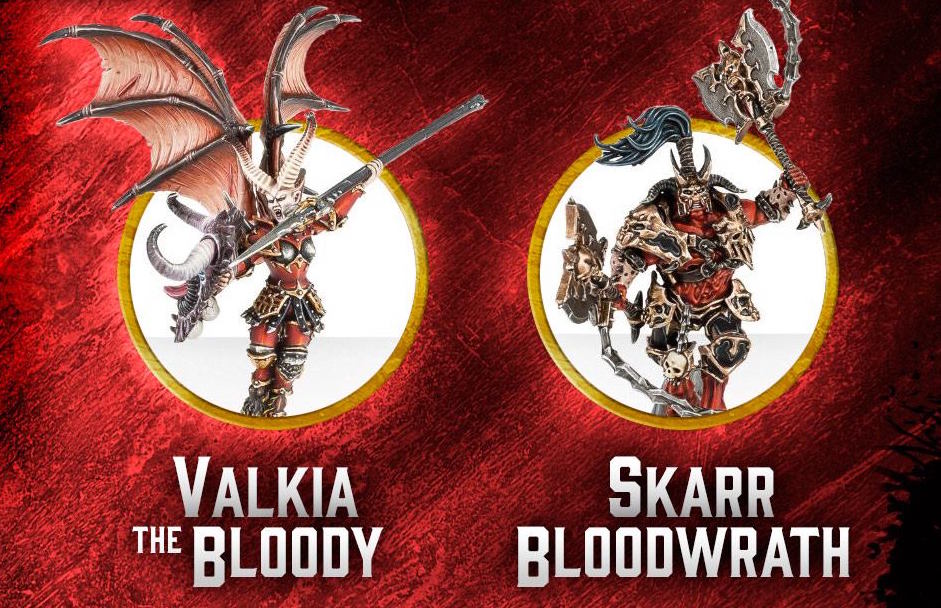