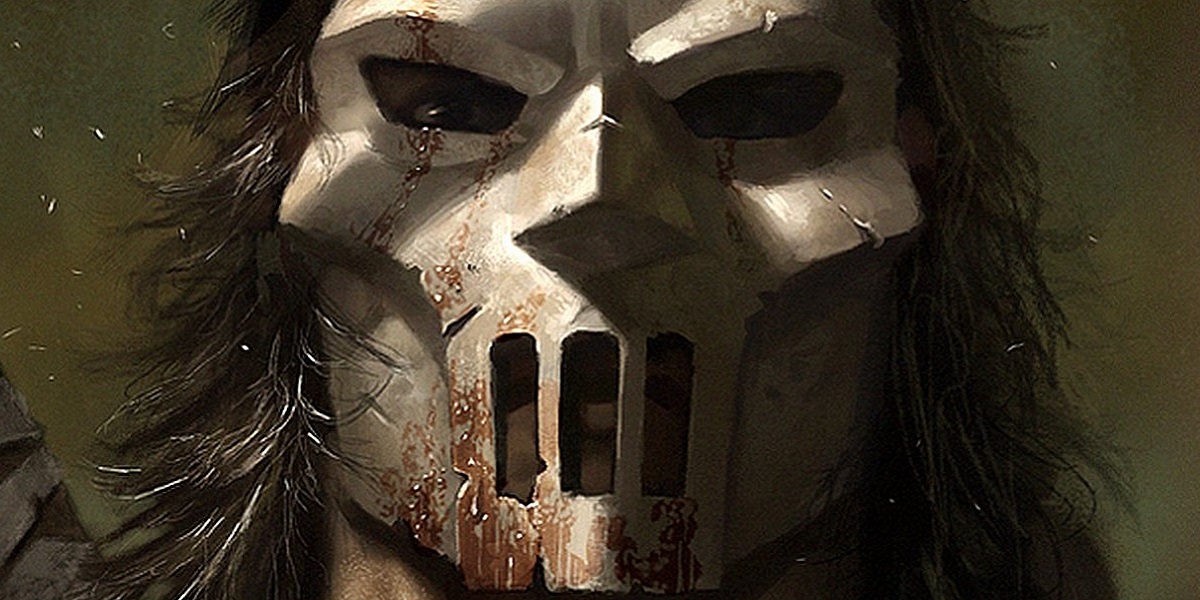 Casey and his trusty hockey stick are ready to take on the Foot Clan.

Casey Jones is a 5-click, 60-point piece, with a range of 5 squares and one target. He is a pure fighter that has the Martial Artist keyword, and he has the TMNT Ally keyword – making him a great addition to any turtle team. Let’s take a closer look…

From a power perspective, Casey Jones can also be used either from range or up close. He’s designed to stick and move, with a full dial of Sidestep, allowing him to move up to two squares as a free action – or, if he’s tied up to an opposing character, allowing him a free breakaway attempt. Defensively, he alternates between Energy Shield/Deflection and Combat Reflexes, showing his aptitude at defending himself from attacks from either range or close combat attacks. To demonstrate Casey’s typical…hardheadedness, he closes with a click of Willpower – showing that he’s not going to give up, and will keep pushing to fight to the very end.

He has only one special power, but it encompasses his entire dial on his damage track. Called Body Check or Slapshot?, this power requires you to give Casey Jones a free action, which in turn allows him to choose Close Combat Expert or Ranged Combat Expert.

Check out More of Casey’s Stats