HeroClix: Heroes in a Half Shell 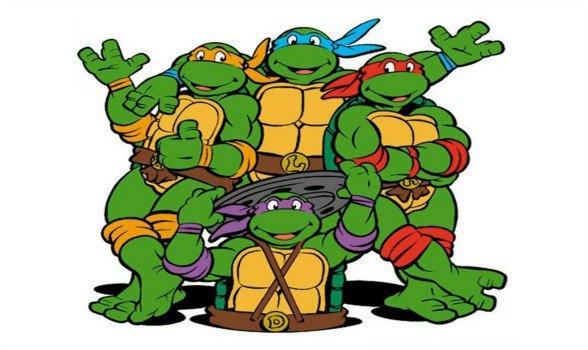 Out the sewer like laser beams – get rocked with the shell shocked pizza kings!

The good guys win and the bad guys LOSE!

I highly suggest leaving that on a loop while you check out the stars of the Teenage Mutant Ninja Turtles HeroClix: Heroes in a Half Shell set. All four Turtles are 60 points a piece and have 5 clicks of life. They also have the Swimmer movement symbol, and the TMNT, TMNT Ally, Animal, and Martial Artist keywords.

Let’s take a look at what each cool teen doing ninja things can add to your team:

Raph possesses a trait called Cool but Crude, which allows him to use Battle Fury and Shape Change. He also has a special power on the first three clicks of his attack called Lock Blades, which allows him to use Blades/Claws/Fangs, but prevents opposing adjacent characters from using it. For standard powers, he has Charge, Sidestep, Blades/Claws/Fangs, Combat Reflexes, and Toughness.

Mikey has a trait called Party Dude which states that when Michelangelo or another friendly character with the TMNT keyword makes an attack, attack rolls of 11 are also critical hits! He possesses a special movement power on his first two clicks, and final click, called Sewer Skating, which says that if Michelangelo is indoors, he can use Hypersonic Speed – and, if he’s outdoors, he can use Sidestep. Standard powers bring Mikey Flurry, Toughness, Willpower, Perplex, and Empower.

Donnie’s trait is called Does Machines, which states that you can give Donatello a power action when he’s adjacent to an object or a character holding an object. That object is removed from the game, and all friendly characters with the TMNT keyword modify their attack values by +1 until one of those characters hits an opposing character.

Leo’s trait is called Leads, which states that Leonardo can use Leadership. When he does and succeeds, modify the defense value of one friendly character with the TMNT keyword by +1 until your next turn. On attack, he has a special power on his first 3 clicks called Twin Katanas, allowing Leonardo to use Blades/Claws/Fangs.

Check Out More of the TMNT Stats