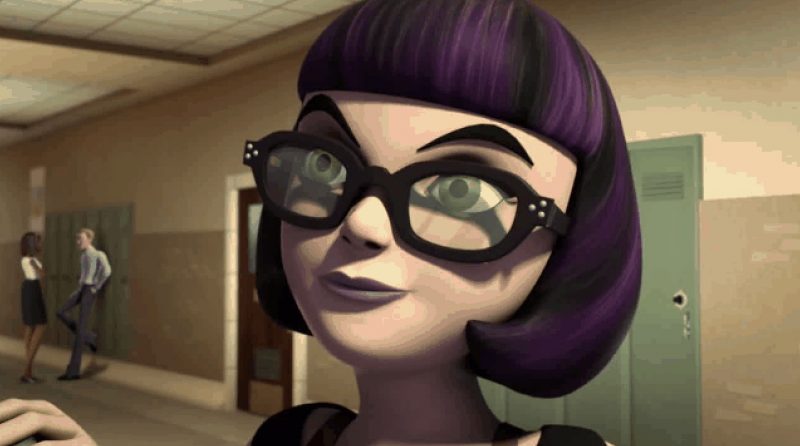 Check out what the versatile character can offer your team.

In the 1987 animated series she was a klutzy Channel 6 employee, and April’s best friend. In the 2012 series she was an adroid made by the Ultrom High Council, and was contolled by the Kraang Subprime. You get to take advantage of both versions of the character with her keywords – she can be played on TMNT Ally, TMNT Villain, Utrom, Robot, and Spy themed teams.

Her dial, predictably, is a stark dichotomy into her two identities. As April’s friend, Irma possesses just one standard power, Sidestep. She has one special power as well, which appears on all three clicks of her damage track, called That’s Just Irma. This power states that she can use Perplex, and doesn’t block friendly characters’ lines of fire.

However, when Irma crosses that red KO line, she turns truly aggressive with a wide mix of powers. For standard powers, she brings Charge, Flurry, Super Strength, Toughness, and Close Combat Expert, which allows her to hit for up to 5 damage on two of her clicks.

Check out More of Irma’s Stats