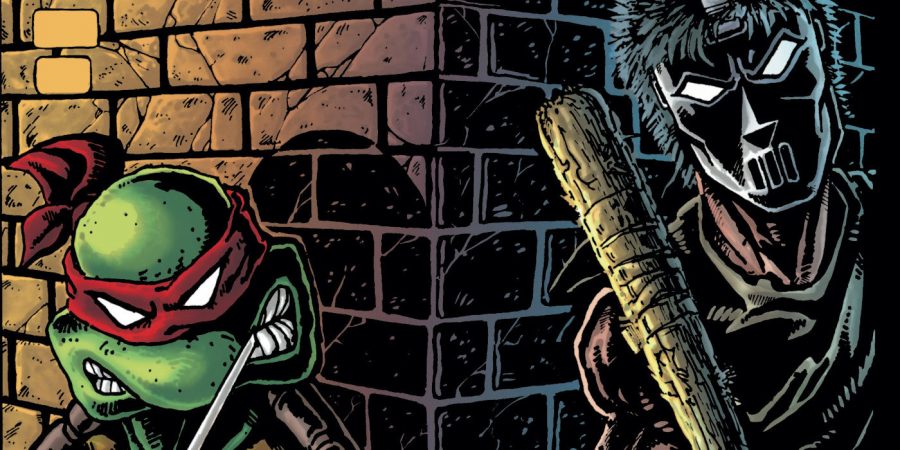 200 points of TMNT awesome in one pack – check it!

The first three characters in this Fast Forces Pack represent the turtles and their allies from the original 1987 animated show: Leonardo, Raphael, and Casey Jones. The turtles in this pack have TMNT, TMNT Ally, Animal, and Martial Artist keywords – making them a force to be reckoned with. Take a look at some of their abilities…

Leonardo keeps on the move with a mix of Charge and Sidestep to keep chasing the Foot Clan goons and their lackeys.  In addition to late dial Blades/Claws/Fangs, representing his skills with dual katana blades, Leo adds a special attack power to his close combat repertoire, the Two-Toed Kick. This special power that lets him use Force Blast as a free action after hitting a single character with a close attack and gives that character an action token, if they don’t already have one.  On damage, he shows his practical leadership chops as he Empowers his brothers in shells to hit harder.

When Leonardo’s cool head doesn’t prevail, Raphael gets mad and gets even!  Starting off with Sidestepand finishing a little more motivated with Charge and Close Combat Expert, Raphael’s dial is also bookended by a special attack power.  Break Open A Fire Hydrant lets him use Incapacitate with a range value of 4 and, after actions resolve, any hit characters are knocked back a number of squares equal to the number of actions they have.  Like Leonardo, he also has Combat Reflexes to let the soft close attacks bounce off his shell.

One of the turtle’s closest human allies, Casey Jones, brings the wild world of sports to your table along with a healthy contempt for the referee.  His trait Rules Are For Suckers states that Casey’s actions do not count against your action total.  This is especially convenient considering his theme-friendly keywords, TMNT Allyand Martial Artist, and his almost-free-agent-status point cost of 50.  Offensively Casey is an all-star but he understands that every championship team has to work together.

Check out the Rest of Pack’s Stats