Konflikt ’47: The Germans are Gettting Mutants 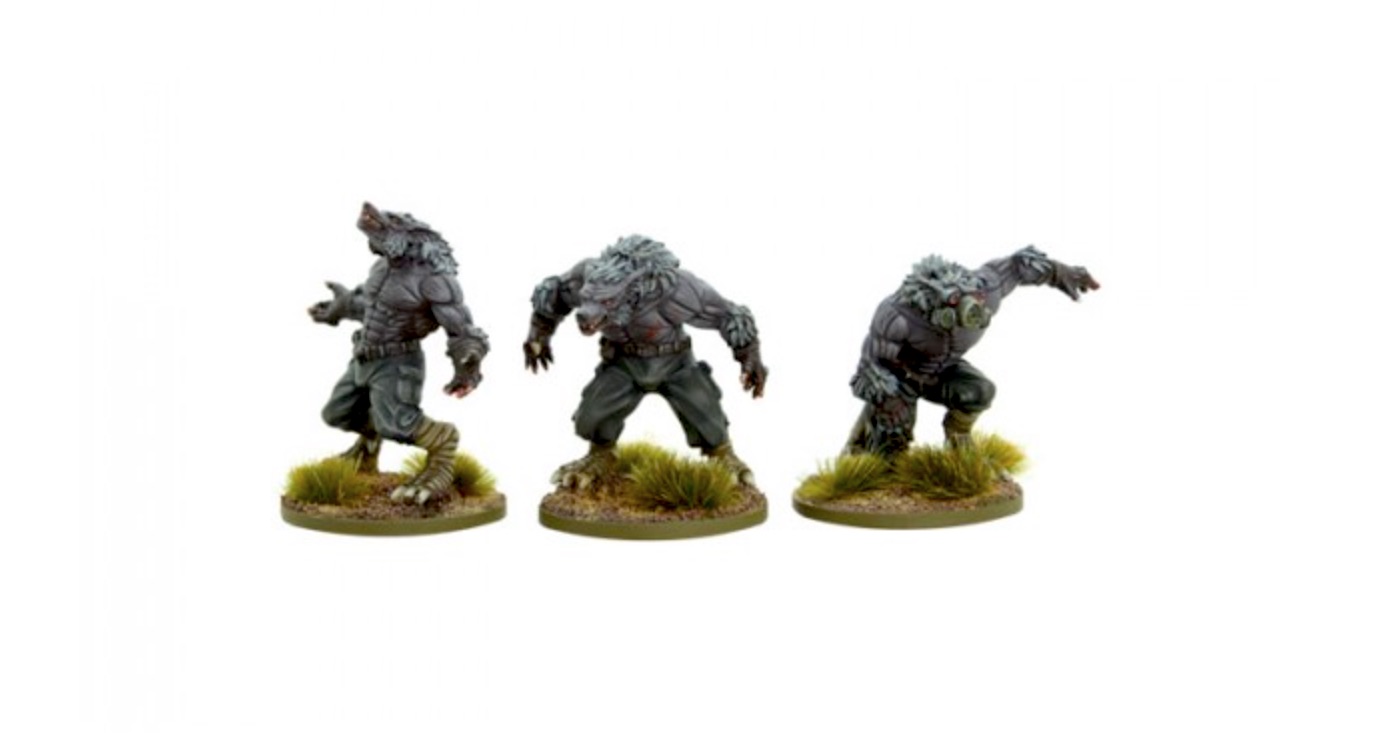 The German forces of Konflikt ’47 are getting weirder.

For those unfamiliar: Konflikt ’47 is a Weird War II game based on the mechanics of Bolt Action that was designed by Clockwork Goblin Miniatures. It adds new units and models to the existing range of Bolt Action – you can fill out your Konflikt ’47 armies in a slash by using your Bolt Action models. Current forces include Americans and Germans, and there are plans to expand into the other armies of World War II. 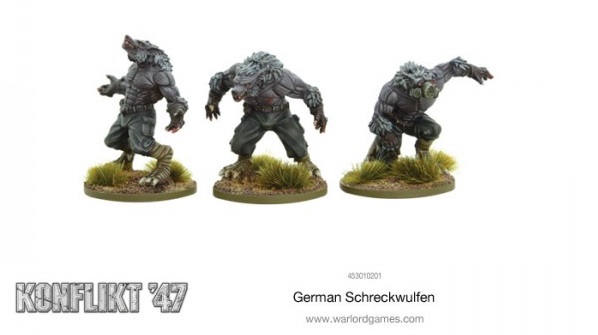 Less controversial than the animated corpse programme, the soldier enhancement division at Dresden has worked tirelessly to enhance German soldiers with the DNA of animals to radically improve their fighting ability. One of the more stable and successful projects combines human and canine DNA, with the result of a warrior that resembles the mythological werewolf. Deployed for the first time in early 1945, their impact was immediate and from the Allies point of view, terrifying.

Special rules for these genetic horrors include:

The blister pack contains 3 metal Schreckwulfen, allowing you to field a squad. Add a second pack to bring the squad up to it’s maximum size and rip into your enemies at will! Full rules can be found in the Konflikt ’47 rulebook on page 131. 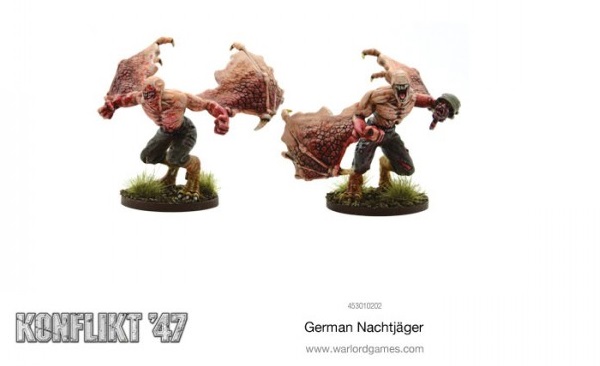 Currently the pinnacle of the Soldier enhancement division, the Nachtjäger is no longer truly human, with the DNA of reptiles, bats, and alligators merged into a horrific creation. No one knows if the subjects for this programme are volunteers, but their effectiveness on the battlefield is without question. The very existence of the Nachtjäger alters Allied planning and reports of their presence are always taken seriously by intelligence staff.

Special rules for the Nachtjäger include:

The blister pack contains 2 metal Nachtjäger Assault Troops which form your complete squad! Full rules can be found on page 133 of the Konflikt ’47 Rule Book. 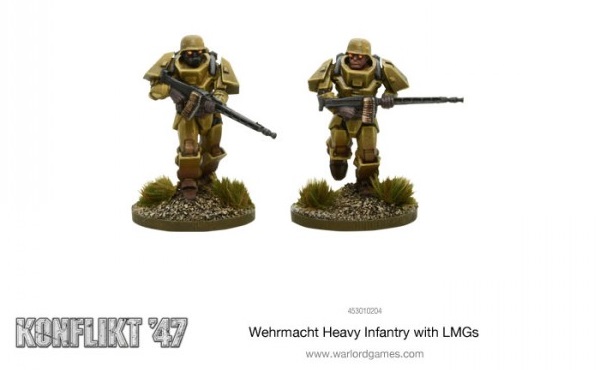 Rift-tech was rapidly used in the development of heavy armour for the Wehrmacht to ensure casualties in an intense operations were kept to a minimum. One of the first nations to introduce heavy personal armour it is effective and provided a much-needed boost to the German war effort when first deployed. Other nations have copied the principles, often to better effect, but the heavy infantry remain a potent force on the battlefield.

Special rules for the heavy infantry include: