“Mantic Games today announced the newest in its series of dungeon crawler tabletop board games:  Star Saga, which will launch a campaign on Kickstarter on September 26th.

Featuring strong story-telling elements with immersive game scenarios, and set in Mantic’s evocative Warpath Universe, STAR SAGA will see players guide a team of space mercenaries on a mission to retrieve stolen data plans from a research facility orbiting a far-off alien world. Players will take on platoons of minions, powerful alien bosses and be forced to make difficult choices as the story takes unexpected twists and turns.  Further campaigns and expansions will utilize the full scope of the science fiction settings, from space stations and starships to alien worlds and beyond.

Star Saga: The Eiras Contract will hit Kickstarter on September 26th at 8:30AM EST, and run for 25 days. “

Here’s an image of Dungeon Saga to give you a general idea of what Mantic is talking about. Imagine all that stuff down there – IN SPACE. We should have official images shortly from Mantic. 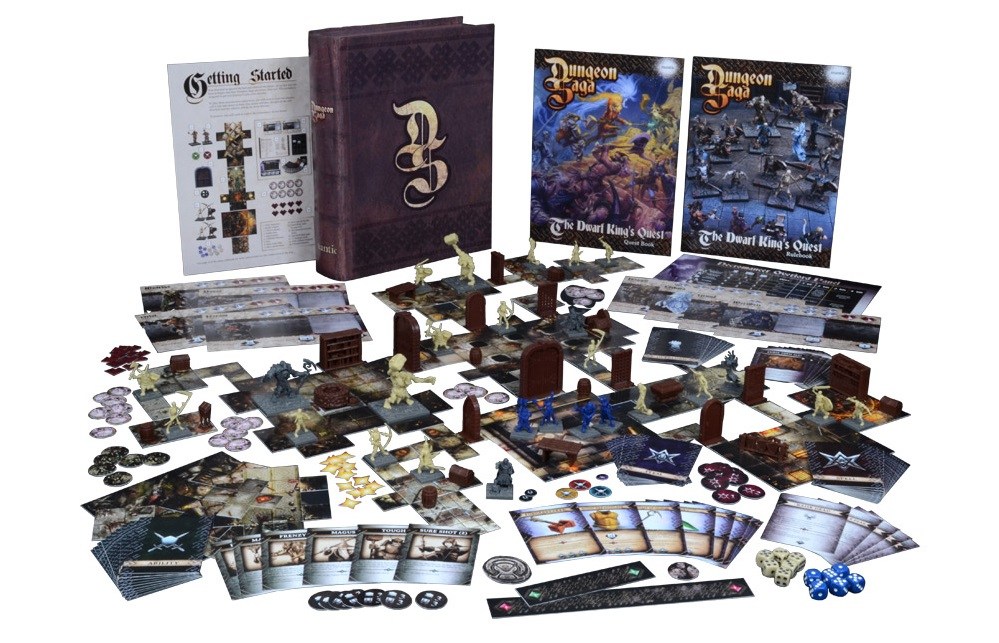 ~More as we get it from Mantic.