Angel’s Blade is heading to the shelves – now it’s time for a peek inside the covers – TIME TO FLY!

The 136-page hardback Black Crusade: Angel’s Blade features a host of new rules content for Warhammer 40,000, to be used alongside Codex: Blood Angels:

– Updated datasheets for Blood Angels, including Terminator Captains, Death Company Chaplains, Assault Squads and Devastator Squads;
– Relics of the Lost; incredibly rare and powerful Death Company relics once borne by a Chapter member who succumbed to the Black Rage;
– Revised and updated Wargear of Baal;
– Death Company Tactical Objectives;
– 9 new Blood Angels Formations, an Angel’s Blade Strike Force and a Lost Brotherhood Strike Force;
– 3 new Altar of War missions: Death on the Wing, Honour of the Angels and No Matter the Odds.

Again, the artwork level of GW is only going up and up by the month.  Take a look at the flawed sons of Sanguinius putting the beatdown on all those naughty traitors. 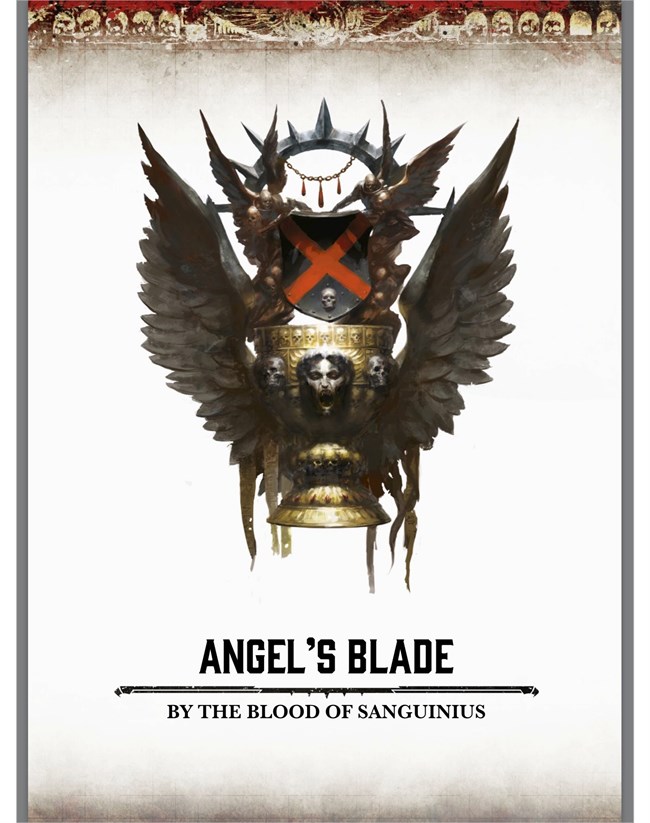 Welcome to Baal. The exsanguinations start in 30 minutes. 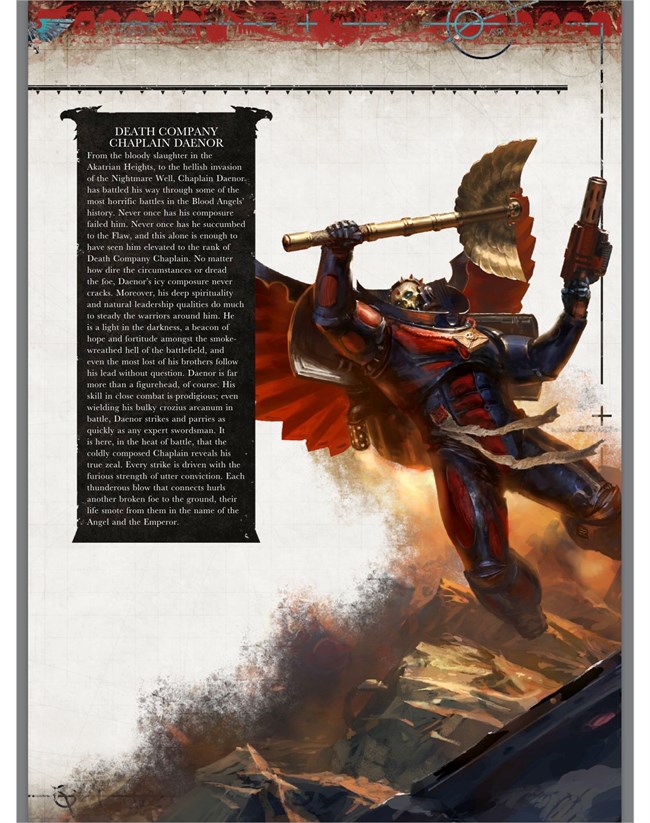 Paging Chaplain Daenor, report to the traitor position at your leisure. 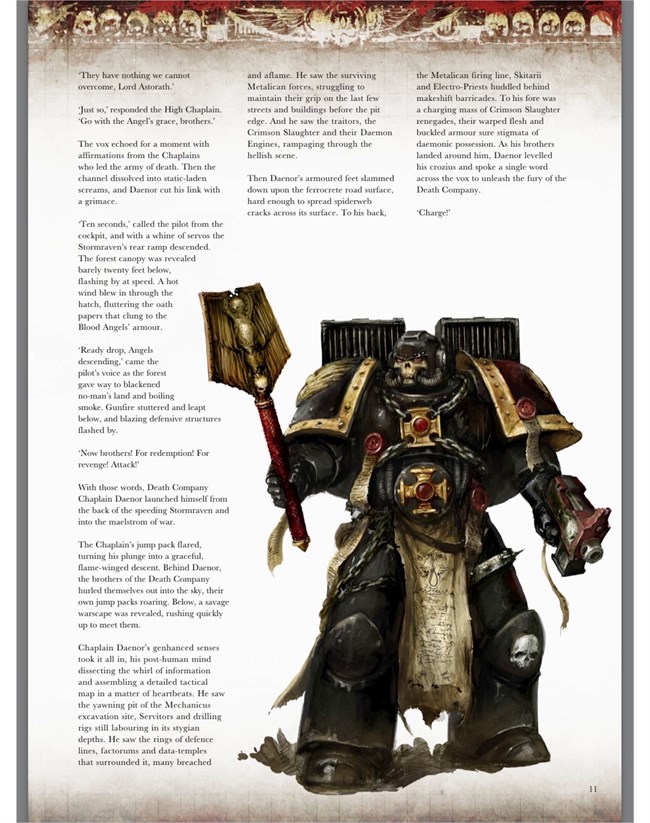 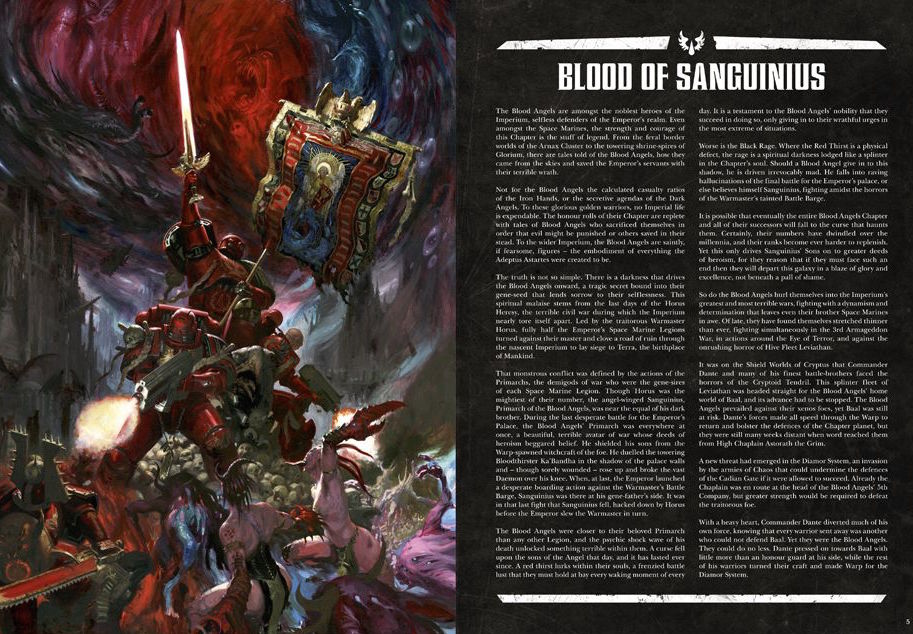 Bringing justice to Khorne and Slaanesh 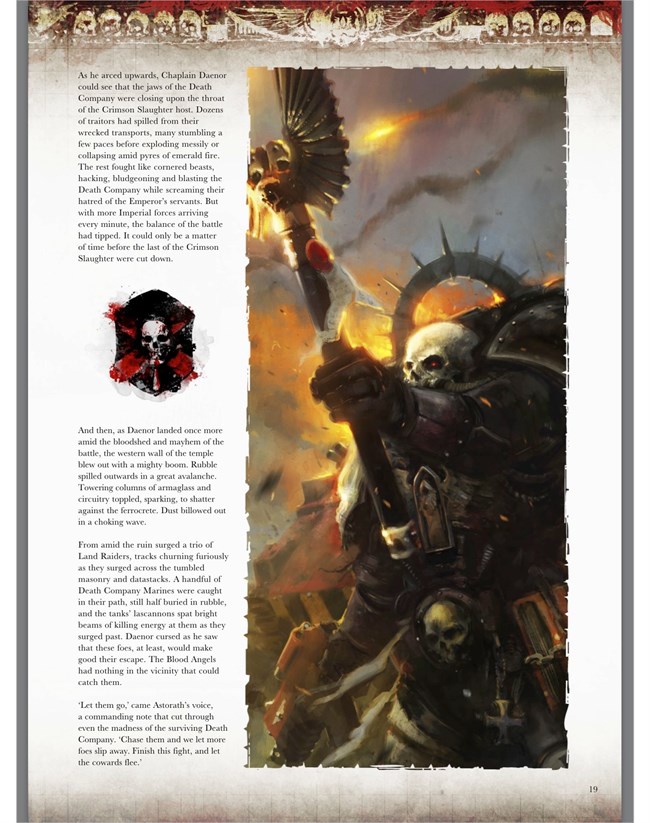 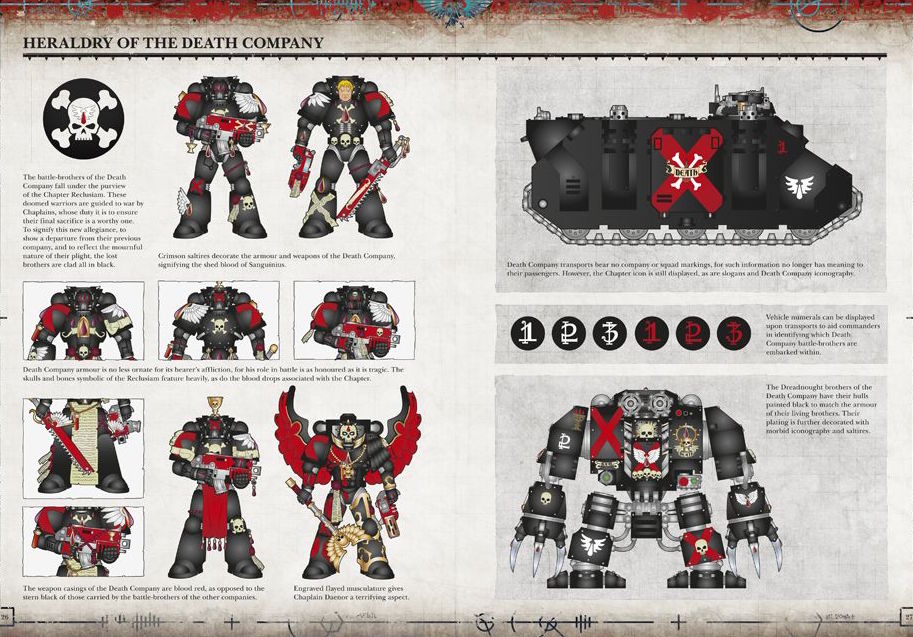 Are you sensing a profound Death Company theme yet? 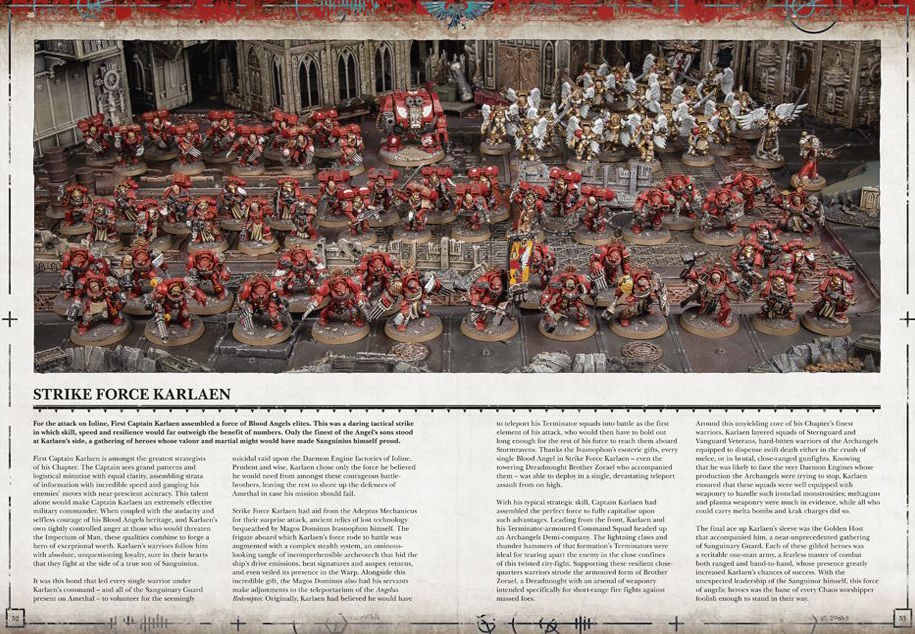 What every modeler should hope for. 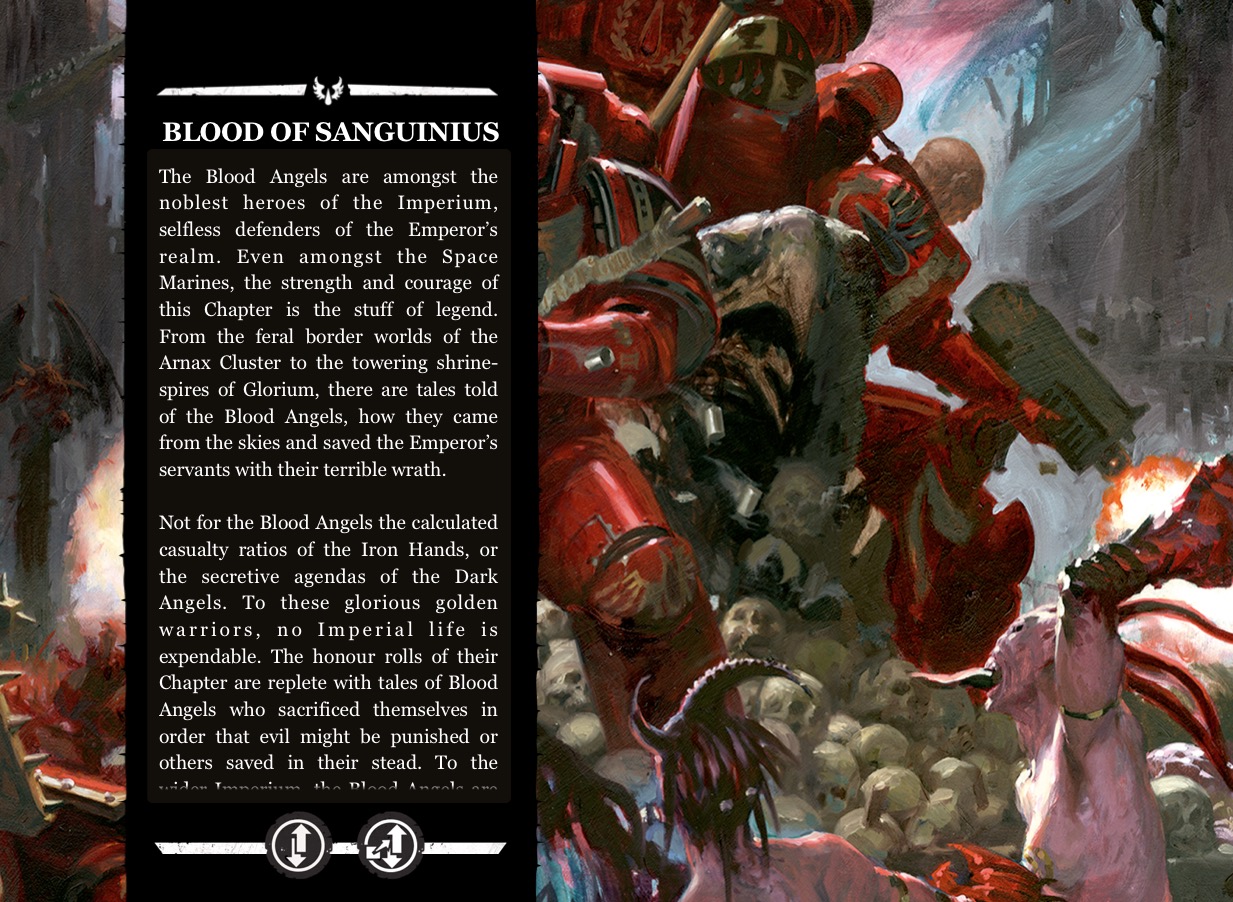 So many skulls and never enough bolt shells. 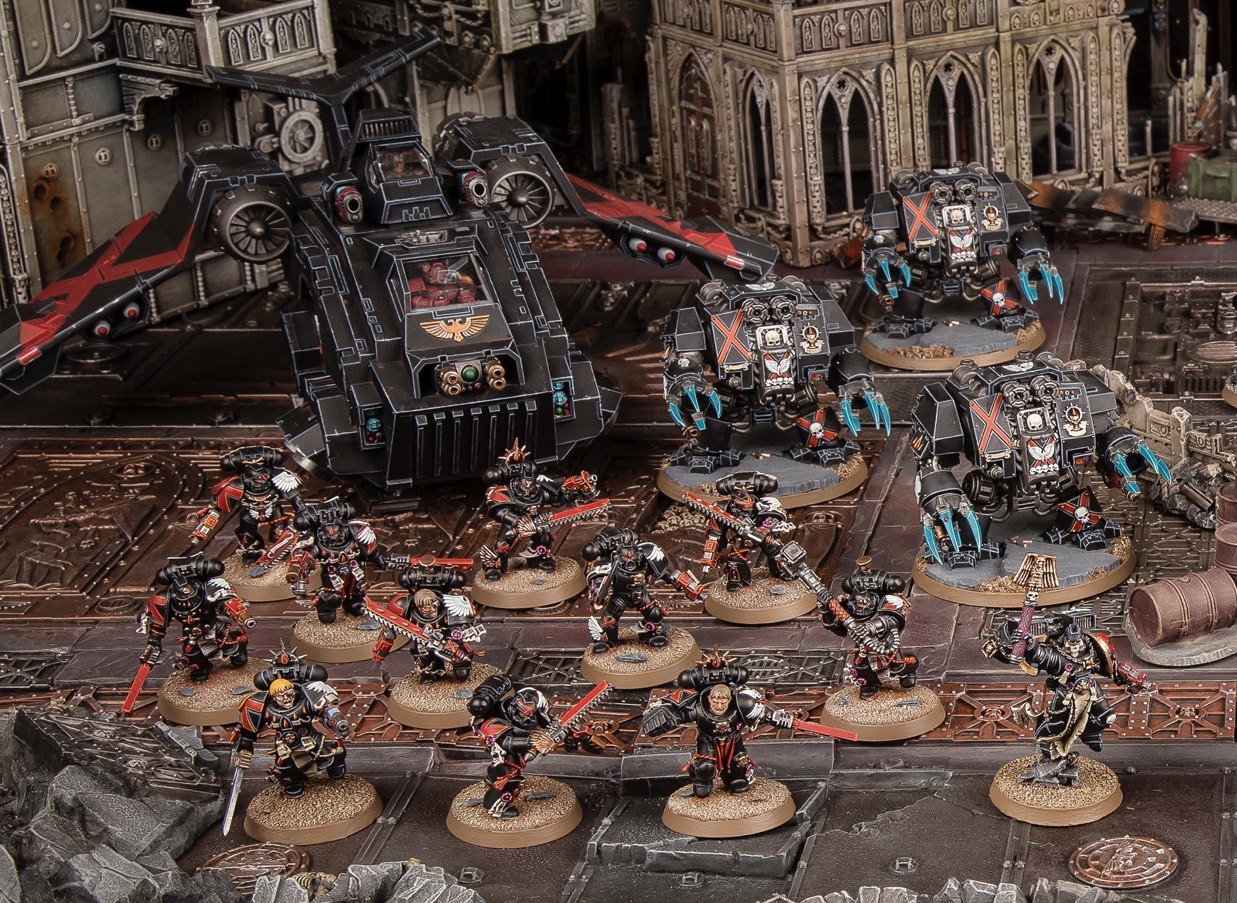 Those dreadnoughts look angry – even from here. 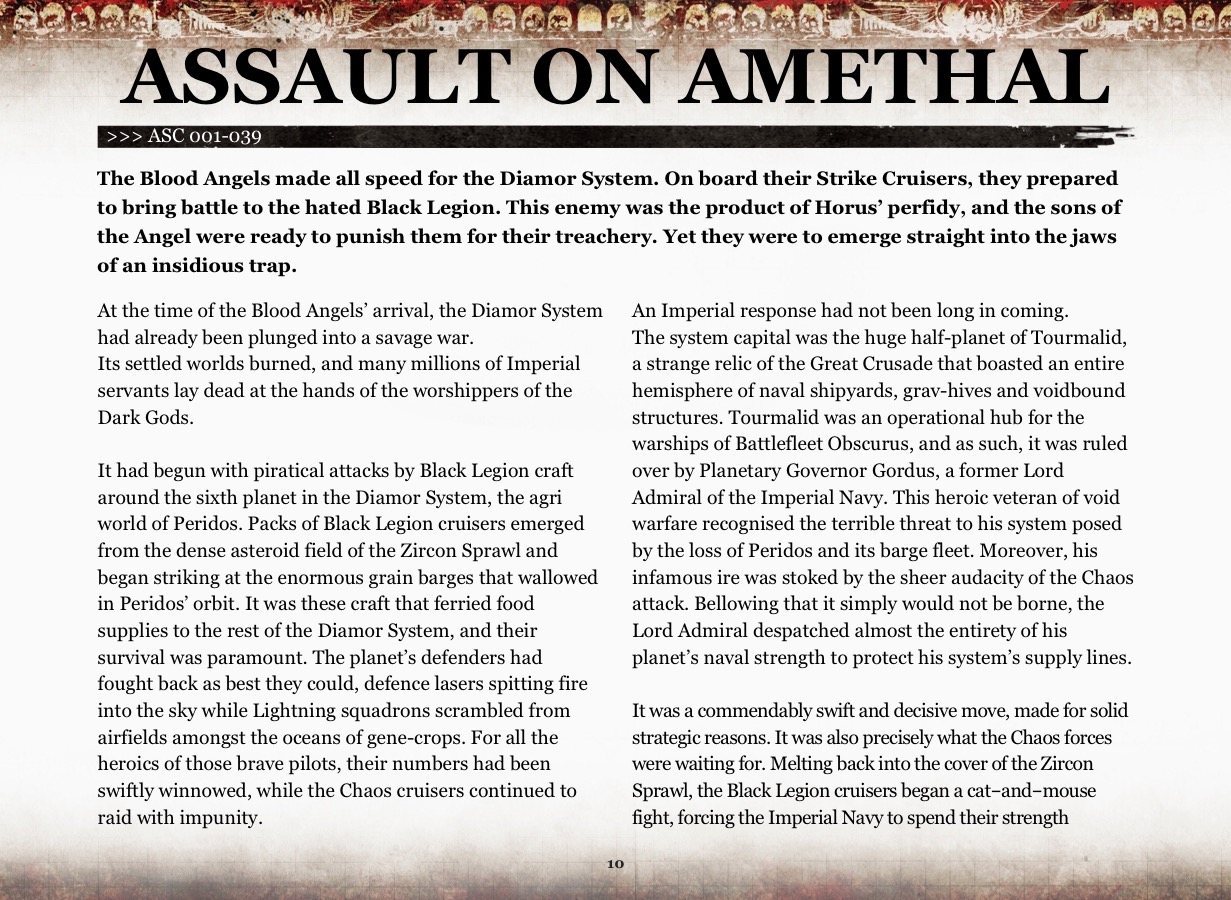 If you love the Death Company, this is the book for you.

~I’m wondering how this Black Crusade will tie into Warzone Fenris? Chaos is on the march!