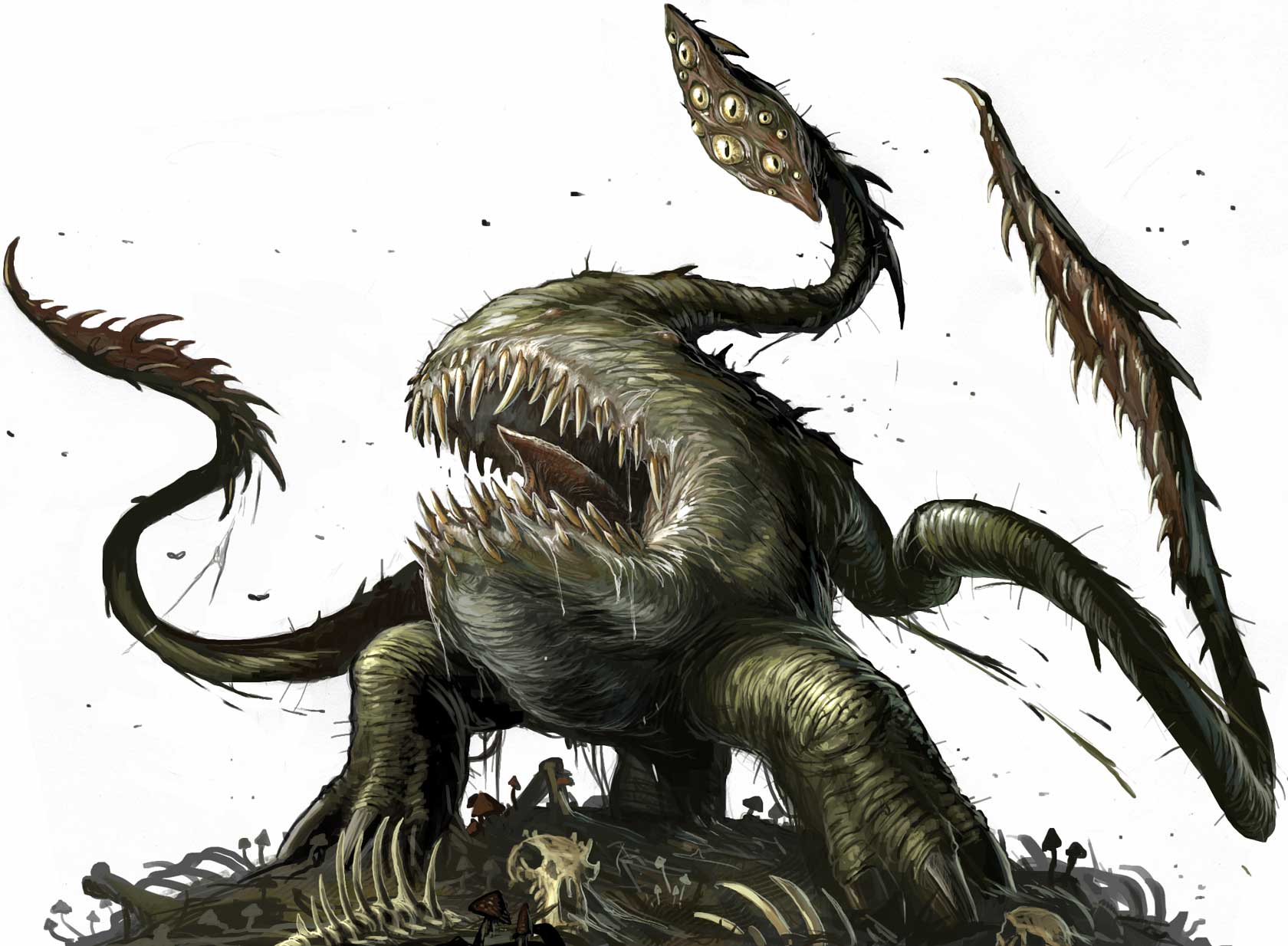 Get a look at the new beasties before they hit stores in November.

Featuring friends and foes from the world of Golarion, Deadly Foes introduces 52 unique figures for your Pathfinder Battles miniatures campaign. Deadly Foes follows the lead of popular Pathfinder Battles sets like Dungeons Deep to provide a legion of high-utility monsters and heroes suitable for any fantasy roleplaying campaign. From fearsome hobgoblins to evil soldiers, slavers, and monstrous giants to rare “dungeon dressing” inserts that add realism and fun to your fantasy gaming, Deadly Foesis packed the adversaries your game is looking for.

Let’s get a look at some of these critters, shall we? 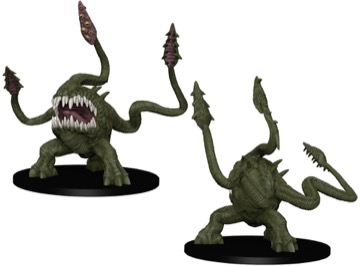 First up this week is the Sewer Beast, a beloved (and re-named) creature from the very first Pathfinder RPG Bestiary! This popular denizen of dungeons and sewers alike makes his Pathfinder Battles debut with art inspired by Wayne Reynolds’s cover of Pathfinder Adventure Path #7: Edge of Anarchy, which we’re reprinting next month as part of the incredible Curse of the Crimson Throne Adventure Path hardcover. Those of you playing that epic campaign will find this a most helpful miniature indeed, as will anyone whose adventures routinely take them to the smellier part of a city’s infrastructure. My favorite part of this figure are the eyestalks, complete with their very own tampo’d eyes. Spooky! The Sewer Beast is a Large, uncommon figure. 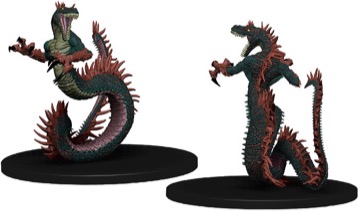 Gamers have been asking for proteans in Pathfinder Battles for ages, and I’m happy to report that Deadly Foes gives us our first opportunity to answer those prayers directly, and in the best possible way! Again using classic Wayne Reynolds Pathfinder art as inspiration (this time the cover of The Great Beyond), WizKids’s talented digital artists have brought this creature—completely original to Pathfinder—to three glorious dimensions. I’m thrilled with the complex color guide (seven different colors on this one!), and overall the final figure is just delightful to drop on the table. There will definitely be more proteans to come, but we had to begin with the one that started it all! The Keketar Protean is a Large, rare figure. 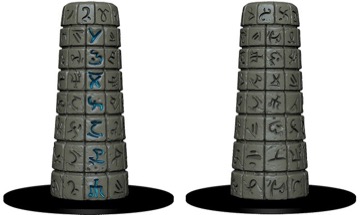 Just last week, in the FANTASTIC and VERY HELPFUL thread of minis suggestions that accompanied the weekly preview blog (we’re seriously stealing at least a dozen figure ideas from that thread), at least one poster mentioned the need for regular old pillars as dungeon dressing in a future Pathfinder Battles set. While I’m not sure the glowing runes on this Arcane Pillar count as a “regular” pillar (you’ll have to wait for the NEXT set for that!), I can deliver a pillar of some kind much sooner than many of you probably anticipated. With glowing runes along one side, the Arcane Pillar makes a versatile piece that can be used in just about any dungeon encounter. I like the idea of running a gauntlet of three sets of these, in which crossing the plane of the inward-facing runes causes some kind of horrific magical effect. Fun! The Arcane Pillar is a randomly inserted dungeon dressing piece that takes the place of an uncommon figure. While collation is never guaranteed, the idea is that each case should include at least one of them.

Bring the world of Pathfinder to life on your tabletop!