How To Play Gorechosen Board Game 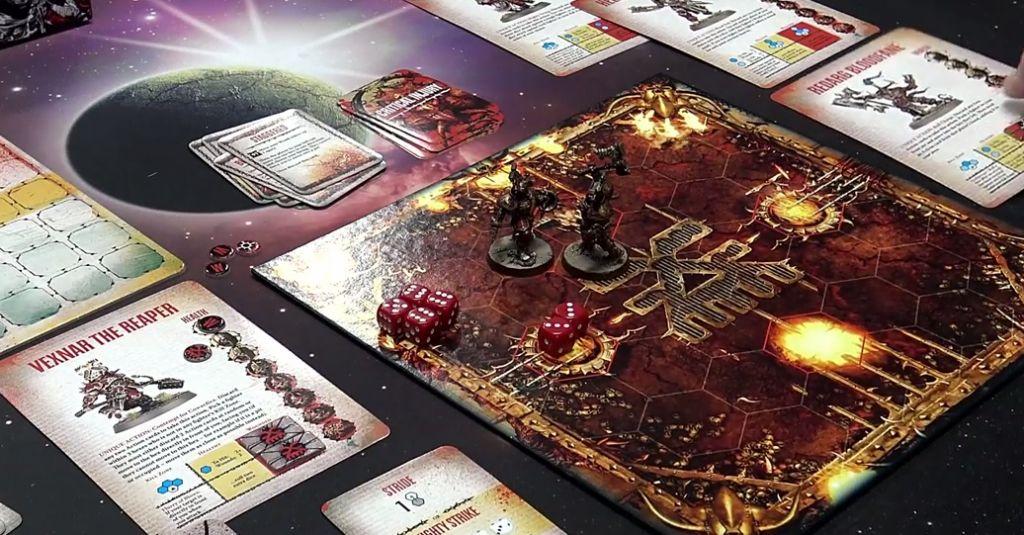 Gorechosen is the new board game from GW. Here is a quick look at how to play the newest installment to Age of Sigmar!

This game is pretty simple and pretty fun. It can be set up and played in less than an hour and we can see this being used as a social drinking games between some friends. 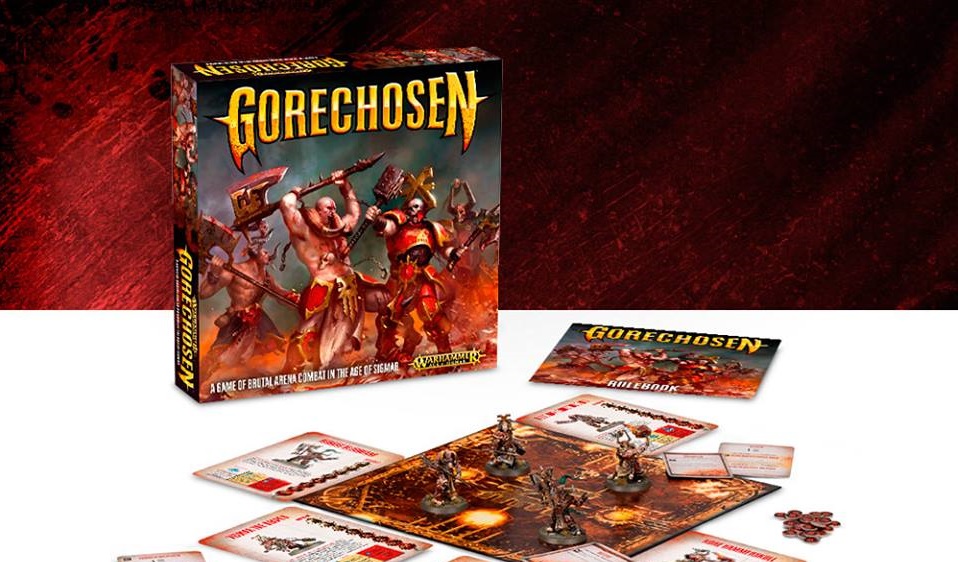 Here are some screen shots from this How To Play video that explains exactly how the game plays out. 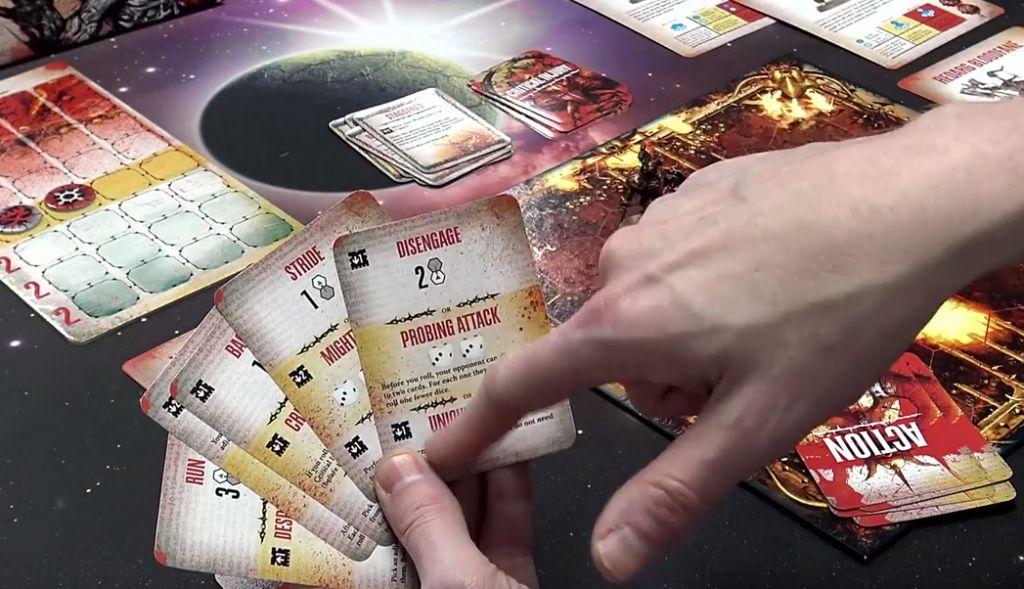 Each Action card has three ways to play it, move, defend, and of course attack. However some of your hardest hitting attacks are also very good blocking actions as well, so you must decide wisely which is worth more to you!

Even the board spaces can damage you, from flying to your death in a pit, or getting slammed into the outer wall or obstacle. 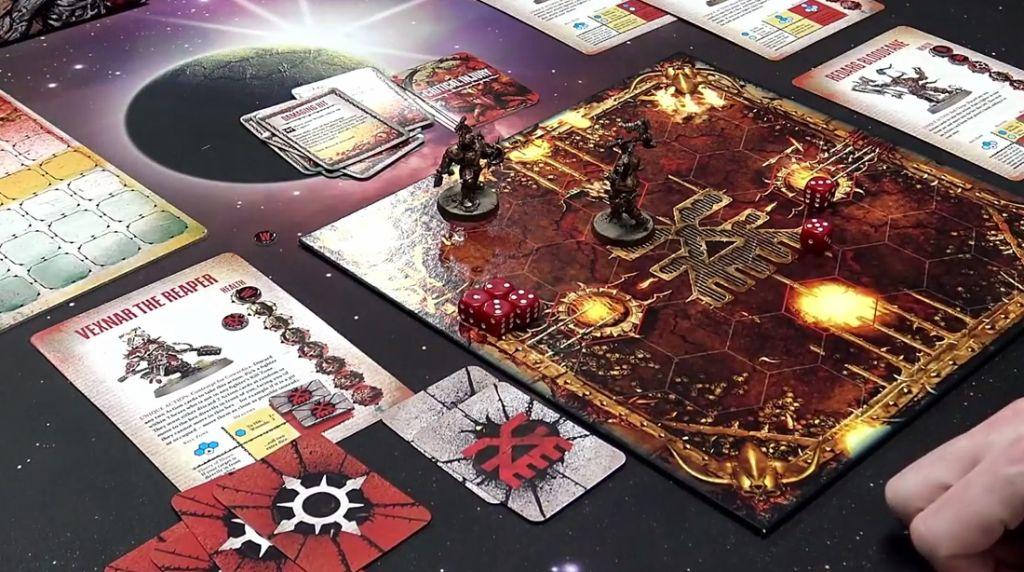 Striking a careful balance between attacking and defending may be the the key to keeping your character’s head firmly attached to his body. 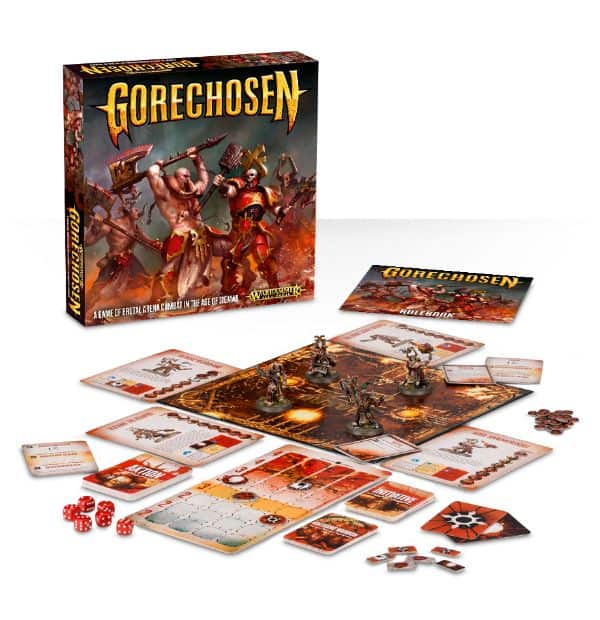 Setting up and playing a game of Gorechosen should take around an hour – quick enough to please the Blood God.

~This is a great fast paced game that will offer a lot of fun and excitement to many Warhammer and boardgame lovers across the world!