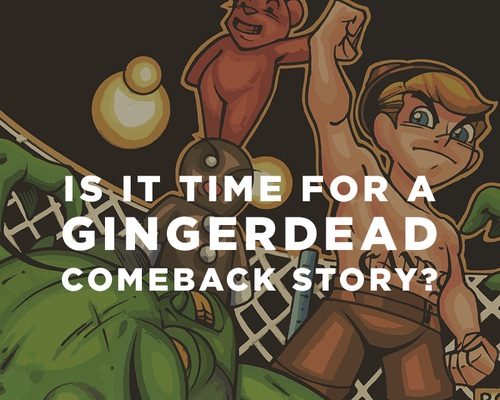 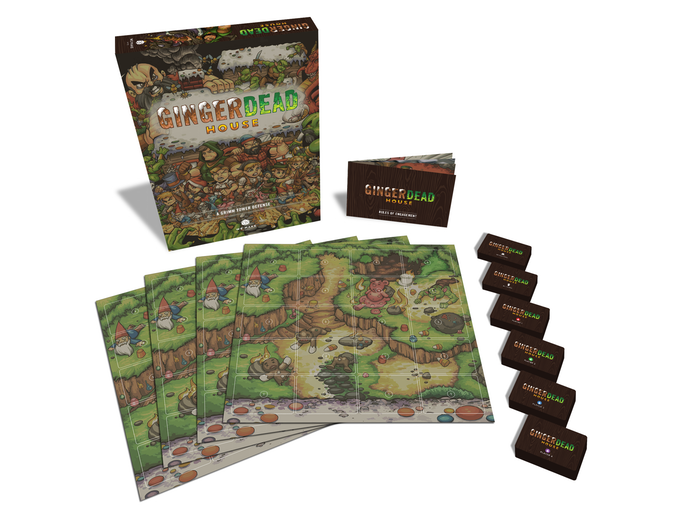 The Tabletop Spotlight is on Gingerdead House – A “Grimm” Tower Defense Game.

Our buddies at Dragon’s Lair Comics & Fantasy get in a lot of games. Gingerdead House is one of those games that I probably wouldn’t have heard of if Evan from DL hadn’t brought it over – but I’m glad he did:

Gingerdead House is a 2-4 player Tower Defense game. If you’re not familiar with the genre of Tower Defense the concept is simple: You have a base and you want to keep the NPC “Creeps” out of your base. They usually attack in waves or on a path or pattern or just move slowly down the screen a la “Space Invaders” and you have defeat them. The Tower Defense games on mobile are hugely popular and even “custom maps” in popular games like StarCraft or WarCraft have had 1000’s of iterations of the Tower Defense genre. Really, any RTS with a map editor has probably had a Tower Defense map created by users for it.

So how does that apply to Gingerdead House and how does this game stack-up? Well it actually translates really well! You “Battlefield” is a 5 row  by 4 column field. Monsters deploy on row 5 (the farthest away) and move down on row at a time. Some can move columns and some you can destroy and send over to a “Friends” battlefield for them to deal with. Each monster has an attack value and you must play a trap that is strong enough to destroy it first. The “combat” is just simple math – the lower number card is destroyed and the higher number card stays. Draws mean that both cards are destroyed. The turns are simple and quick – it’s really a great game for gamers of all ages. If you have small children they should be able to pick-up this game and play right along with you fairly easily. 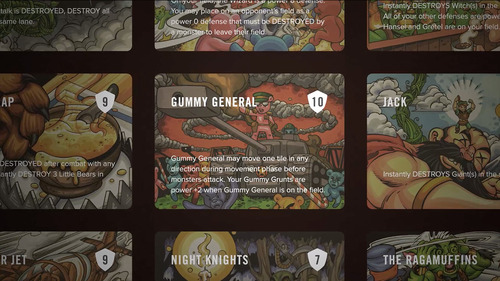 The art style is cartoony but also full of “in jokes” and references the world of the Grimms fairy tales. If you grew up reading those you will definitely appreciate the art work. In a cool way, the game is darkly twisted yet kid friendly. It also has a “mess with your friends” component with certain cards so that’s always fun. Plus the action cards can really throw off your game plans causing you to think on your feet. I like that because it keeps the game from getting stale. Between the art, the simple-yet-strategic gameplay, and nice components this game is a solid choice for game night.

Overall, Gingerdead House is a great nod to Grimm’s Fairy Tales and Tower Defense games – I didn’t think those two things would work together so well but they totally do. If you’re looking for a new game to try out for family game night then go check out Gingerdead House – it’s in stores and online now! 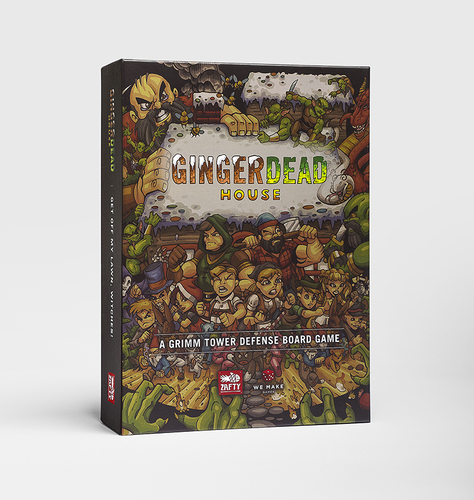 An Epic Tower Defense table top board game that is set in the world of Grimm’s Fairy Tales for 2-4 players. 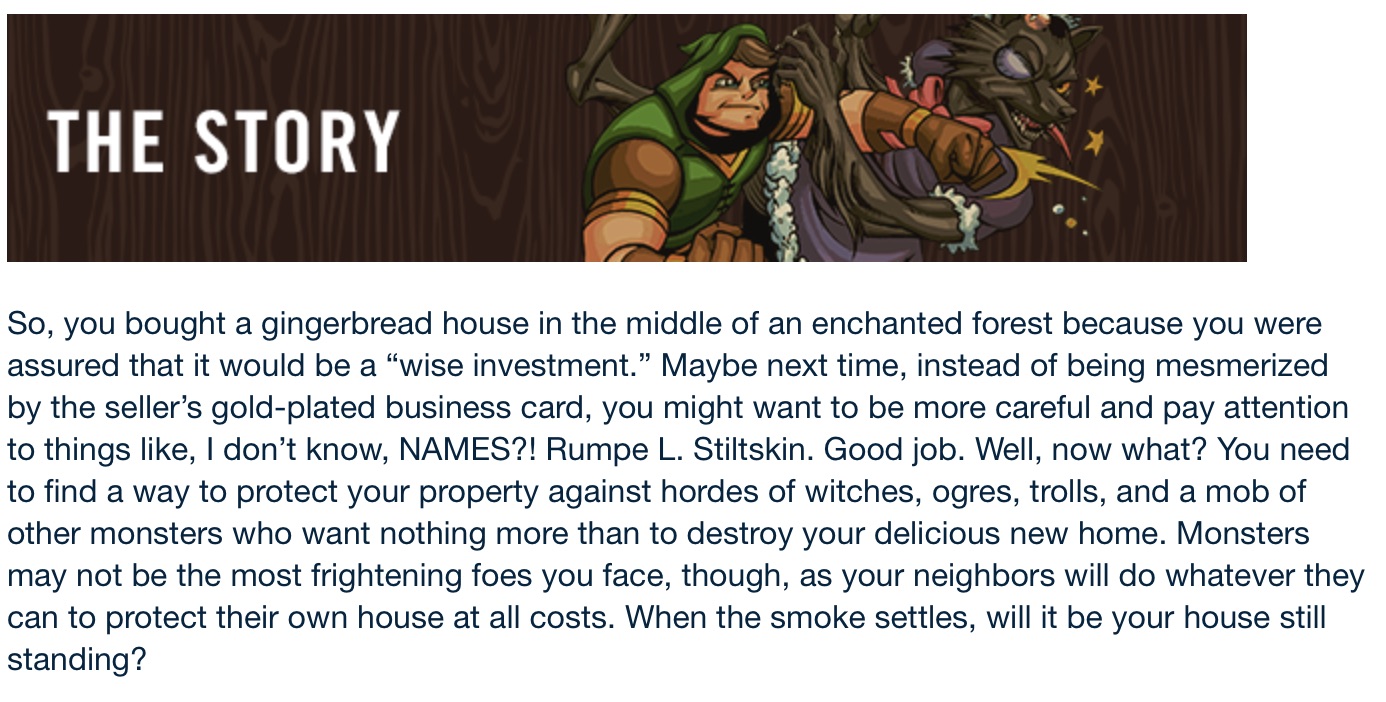 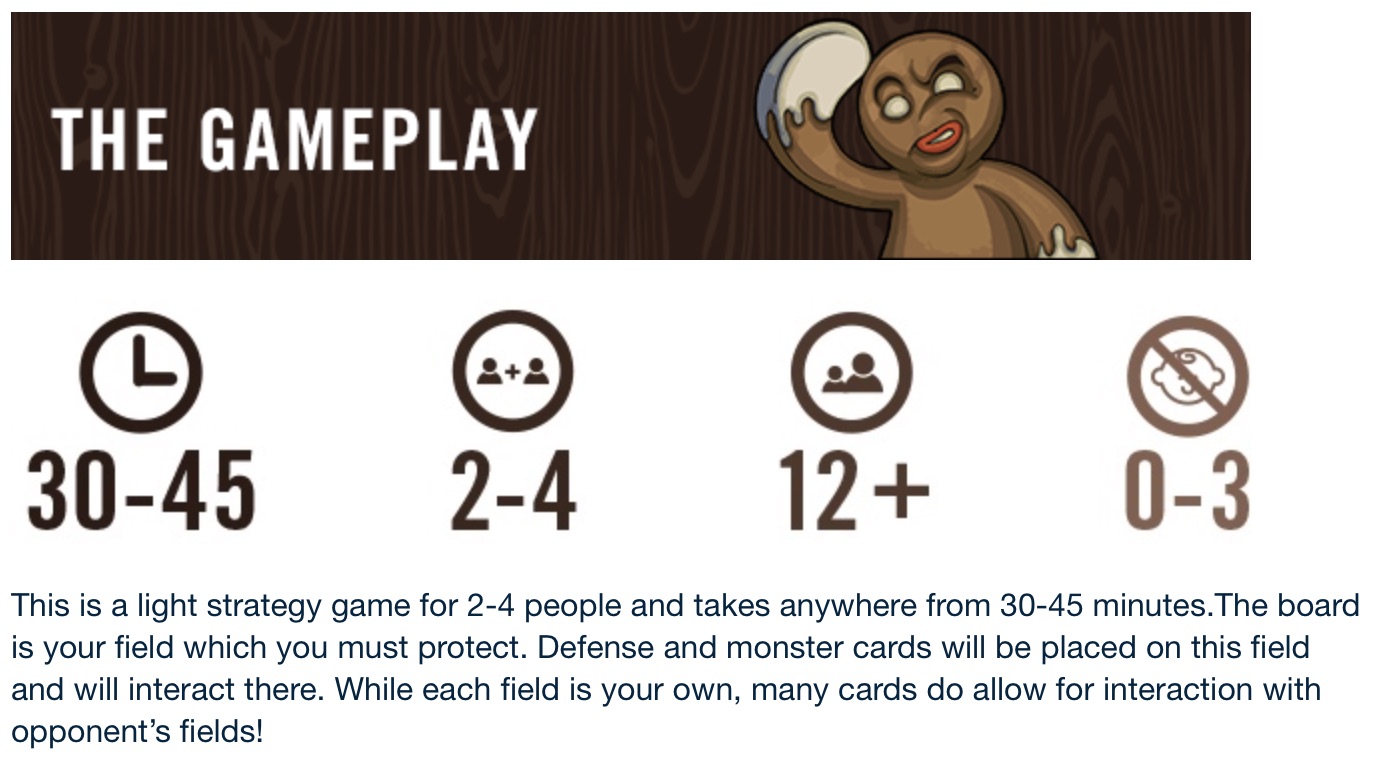 Tower Defense with a Back-stabby twist? Sign me up!