There were a bunch of Visions of Horus Heresy books, purchased separately it was pricey, but when you put it all together in this book it was only 50 USD; a way better deal. 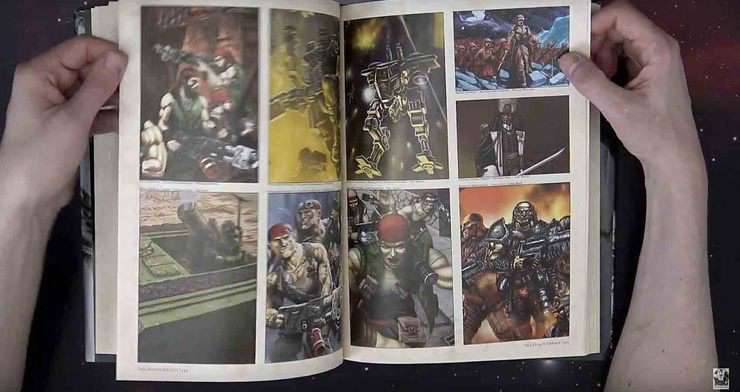 This book was introduced around the same time the Horus Heresy Series was unleashed on our unsuspecting wallets. One of the great features of this book is that it includes all of the Artwork from the Warhammer 40k Collectible Card game. The game itself was released in the early 2000’s and made by Sabertooth Games. 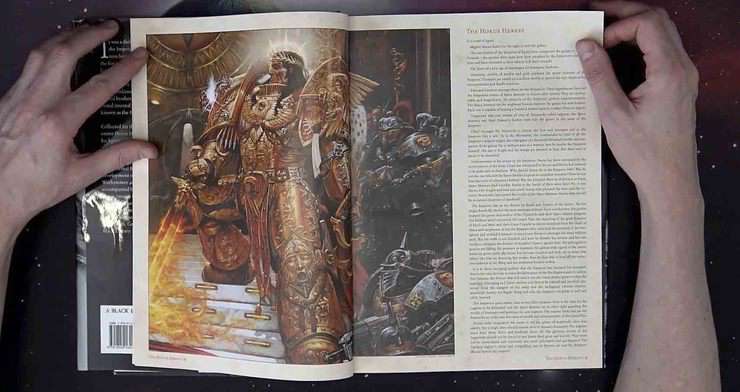 We have so much more art, from all the books that have been released in the past few years, but when this first came out a lot of this was new and fresh still. You’ll also notice some inconsistencies with the current lore.  For instance, the Emperor’s Children used to be the 20th legion and now they’re the 3rd legion. So much has changed in the past few years but it’s still cool to look back at all this original artwork that really started it all. 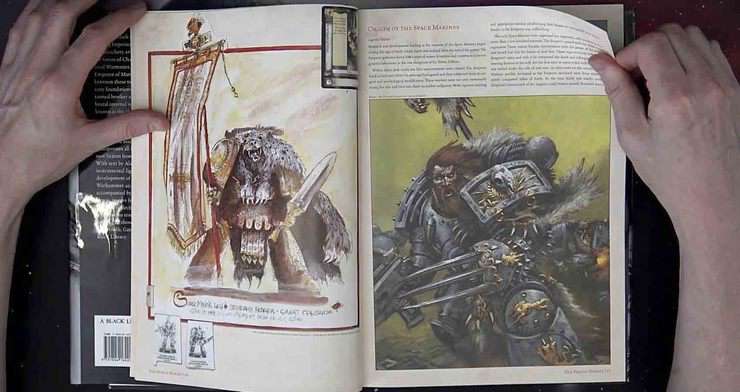 The book opens up with the first piece of Horus Hersey artwork, Horus and the Emperor. This was first released  in a Rouge Trader and shows the battle between The Emperor and Horus; well before the new artwork we’re all familiar with now, and story change, that depicted a dead Sanguinus. 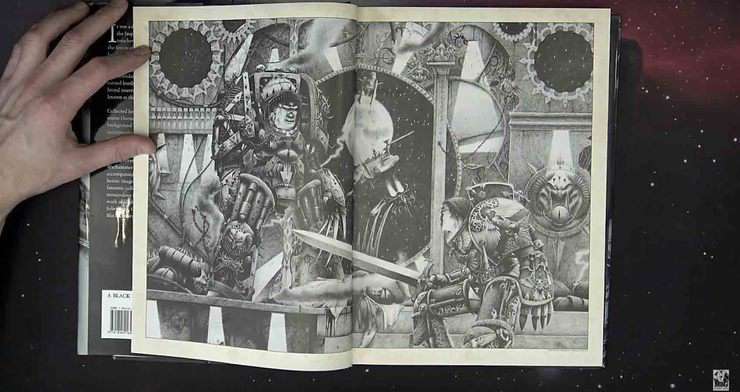 There’s a lot of artwork from John Blanche to Adrian Smith in this book; it’s all amazing.

There’s a bunch of pages dedicated to the artwork from the trading card game as well. 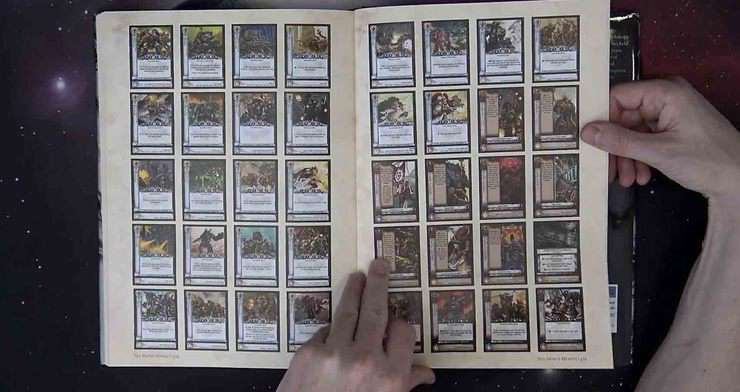 The CCG was neat but towards the end they started to jump the shark. The released a lot of unbalanced and disappointing mechanics. The original version of the game was really fun; it was almost like playing a card game version of tabletop 40k. 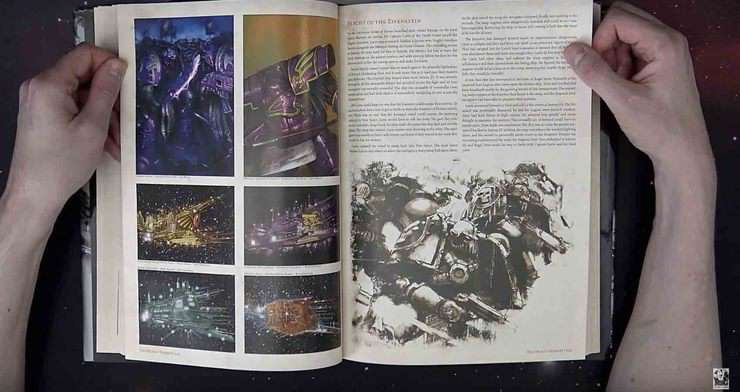 Back to the book, there’s a ton of lore in here. There’s a story by Graham McNeil about the Kaban Project; which was later featured in a Mechanicum Novel. Flipping through the pages there’s just a lot of background information about the Horus Heresy; which you might not know or have already been ret-conned. If you can find this book on a discount I would definitely recommend it. 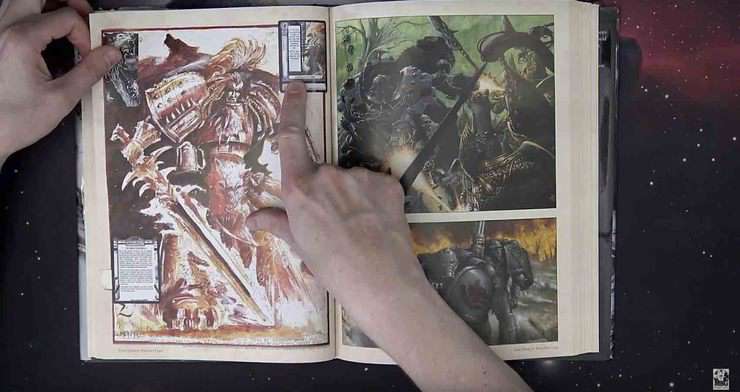 Again, don’t get this confused with the black bound collected version of this, which is probably substantially more expensive than this version.