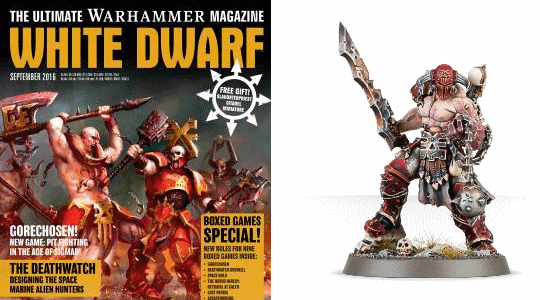 It’s hard to have issue with a magazine that gives you a free plastic miniature on the front of it. I guess I’ll have to try really hard.

Spoilers: It’s still very much based on selling GW products. Managing the difficult job of promoting Deathwatch, the Start Collecting boxes, Nagash, Warhammer World in Nottingham (I wonder if they will rename it), Imperial Knights, Kill Team and nine different board games within its pages.

It looks like the best bits of Warhammer Visions have remained intact and it has merged Blanchitsu, Parade Ground and the Golden Demon section within it which is nice to see. Army of the Month has a nice fold out section and some clean airbrush work and the painting and converting corner was nice as well. The standout part to me was the designers notes on the Deathwatch codex and the illustrations which gave me insights into their conception that I otherwise wouldn’t have been able to get.

The worst part is sadly the battle report in which the designers thought running a huge group of Khornate models towards another group of Stormcast Eternals would be compelling, oh dear. Interestingly Age of Sigmar has graduated from skirmish style games and is looking more and more like Warhammer Fantasy only with round bases, I wonder if the whole thing is just clever reboot of the exact same game. 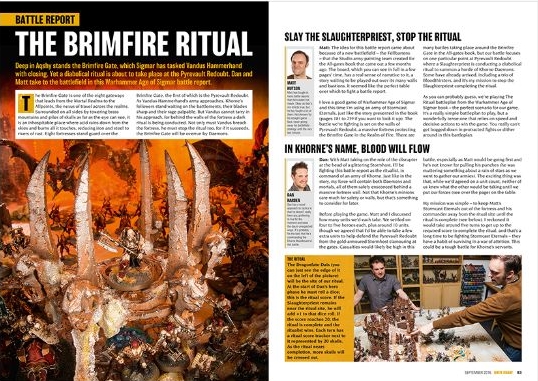 On the whole It’s not bad at 148 pages, obviously it’s more valuable to you if you a) want to learn more about the latest release or b) want more rules for the nine board games they have released.

Here’s the thing: All these articles have come about by an editor telling their staff to write about the latest product which is good if the product is good but sucks if you’re getting force fed Stormcast Eternals, The Hobbit or anything else that you don’t personally like.

It also means you miss out on people writing articles because they genuinely care. Things like the WFRP choose your own adventure, the “On the Waterfront” Warhammer Quest articles, Stillmania, Index Astartes (the second version sorry for people who remember the first run in 1988), Realm of Chaos, the time that GW gave away the whole Space Wolves codex in one issue, or ironically the article on how to make a crashed spaceship out of hardware store products in issue 202 (Ignored by Temporal Distort in this issue). 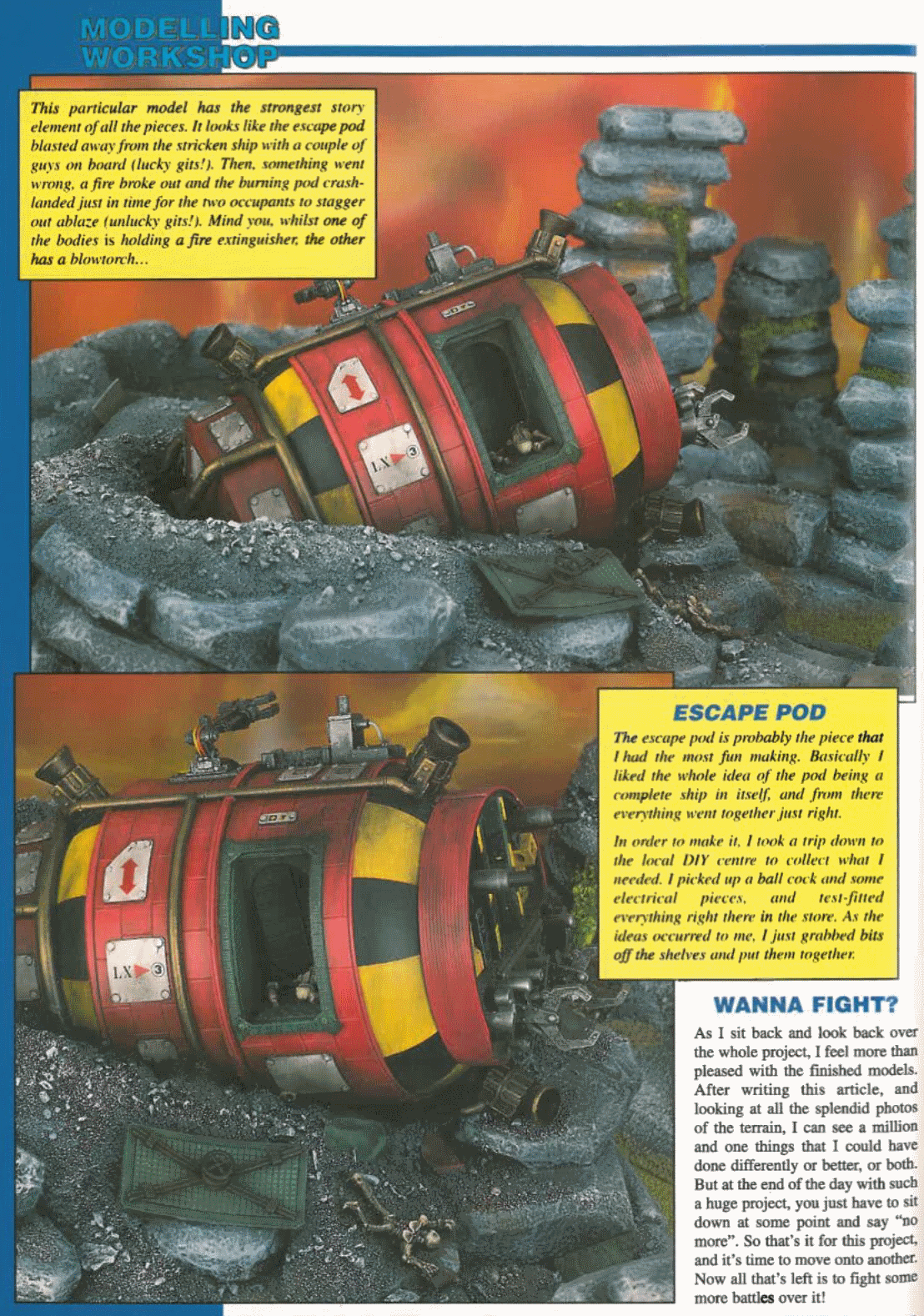 The problem is that I can show you some pictures of something featured 20 years ago in White Dwarf and it still looks cool, I mean that skeleton had a fire extinguisher in its hands, how dark is that? Its 100 times more evocative than the Age of Sigmar Realmgate stuff. But I can tell you now that I will forget all about the content featured this issue or in any of the previous attempts to relaunch White Dwarf either monthly or weekly. 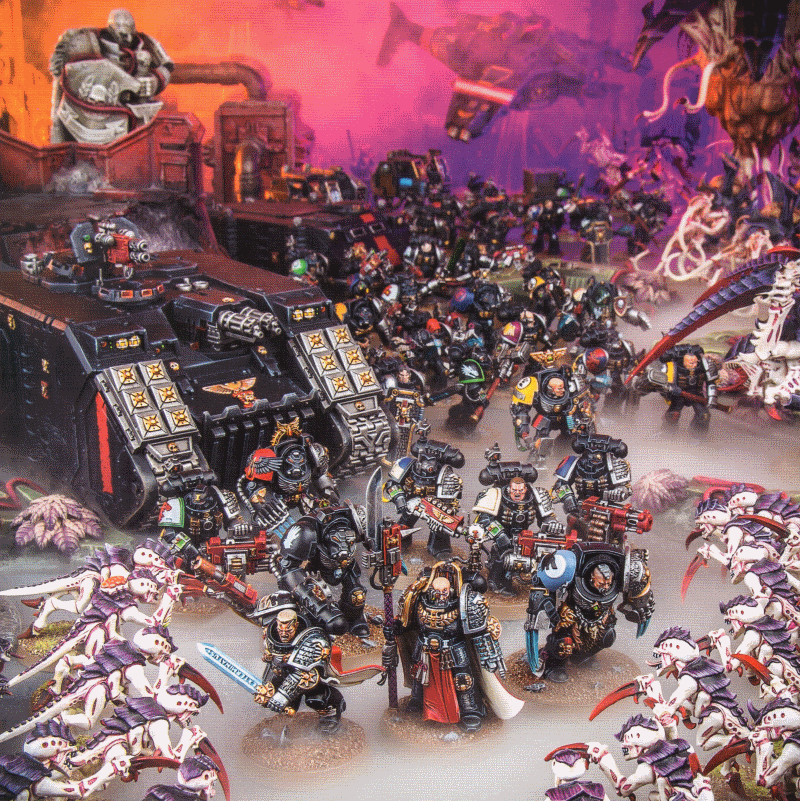 If you want a rating I’d give it a 4/5, good but not outstanding, of course if you managed to find a copy with that model attached then buy it straight away. You can subscribe quarterly at nearly half price which is not bad but obviously a magazine focusing largely on shortform content will live or die based on the quality of that content. When the content is popular like Space Marines it’ll look good but as soon as the content drops off so does your interest. If you can’t get hold of a copy because your local GW or FLGS has sold out try a newsagents, my local WH Smiths had three copies still in stock a week after it sold out in store. 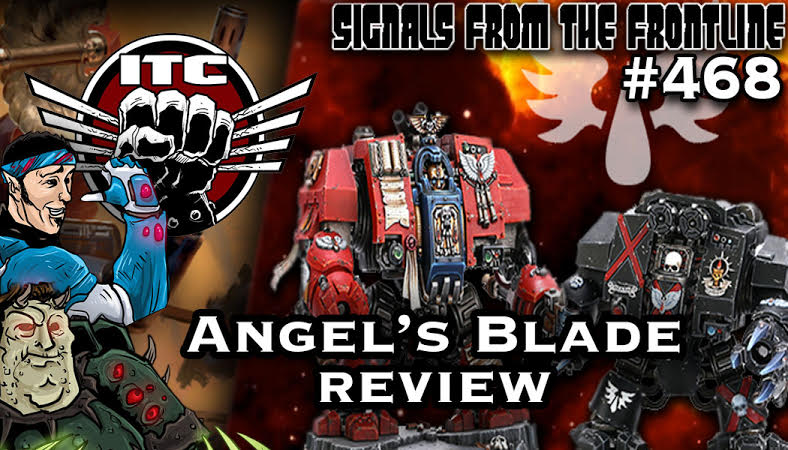