X-Wing: Return of the Falcon

Exciting new pilot options and a few more dirty tricks to pull with the “Heroes” Expansion. Rebel Players – Check this out!

Hey BoLS Readers and X-Wing Aces. If you are a Rebel Player and weren’t excited about the Heroes of the Resistance box for X-Wing well it’s time to start getting pumped up. I’ve already mentioned how it could be used for as fun theme list. Now Fantasy Flight Games has pulled back the covers on a bunch of the cards and things are looking good for the Rebels! 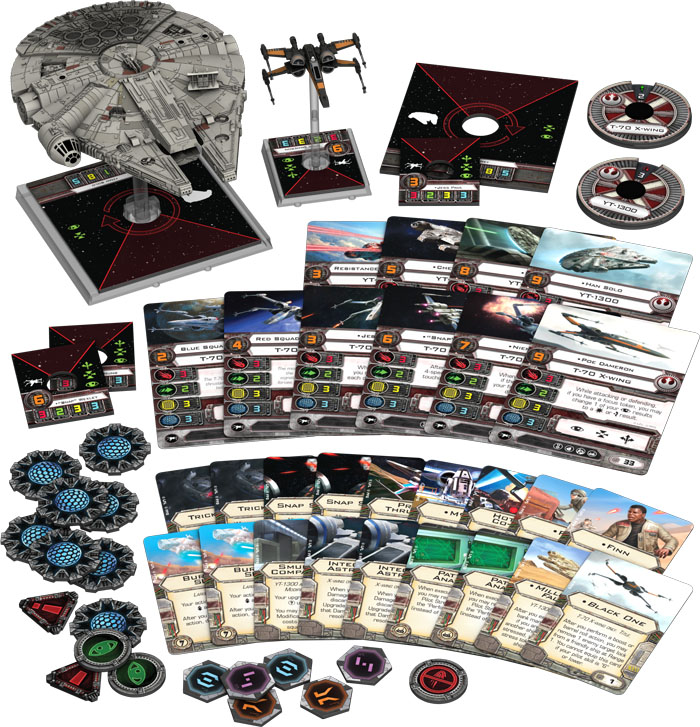 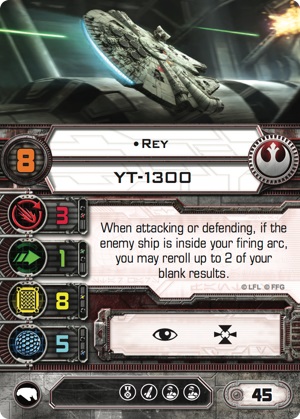 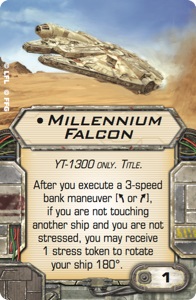 But now we see how she can synergize with Finn as a crew member. 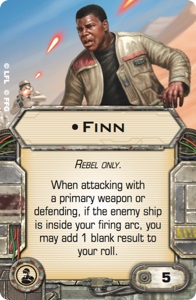 Finn is an interesting (and pricey) crew member. Adding an extra blank result to your roll may seem odd at first but couple that with Rey’s ability to reroll up to 2 blank results and it’s starting to make sense. If you have a way to reroll that extra die it just becomes an extra chance at a hit – For Rey it basically says “You have a 4 dice primary” and if you want to REALLY make sure you get a reroll toss predator on her for kicks. Or just use that Target Lock action to reroll all your blank results.

And while we’re on the subject of Passengers – Rey as passager is now an option, too: 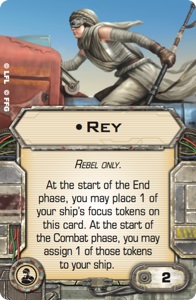 Hey, does anyone want to the option Bank Focus every turn? Because that’s exactly what Rey does! From the reading of this card I don’t think that the Focus “banked” on Rey gets removed until you choose to spend it during the Combat Phase. That means any turn you have a left over Focus you can just move it to Rey instead of clearing it. That could come in handy for lots of reasons but Deadeye pops to mind immediately. And nothing is stopping you from using a Focus action on that turn as well so you could end up with two Focus on a ship. I’m sure you creative pilots out there will come up with fun ways to use that! 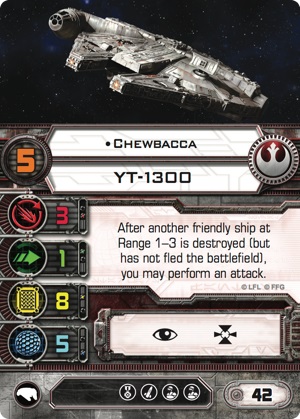 Now if you want to really stretch that creative brain Chewbacca might be the pilot for you. His ability might seem limited at first but I’d like to point out that doesn’t have a “Once Per Turn” restriction on it. The FFG article mentions taking a few cheap Z-95’s with Chewbacca for fodder or for “accidental” crashes on asteroids to trigger his ability during the move phase. That’s a dirty trick even Scum players should be jealous of! But going back to that lack of a timing/turn restriction Chewbacca is basically a counter turret – every time you lose a friendly ship, for whatever reason, he’s tossing out a 3 dice primary attack. 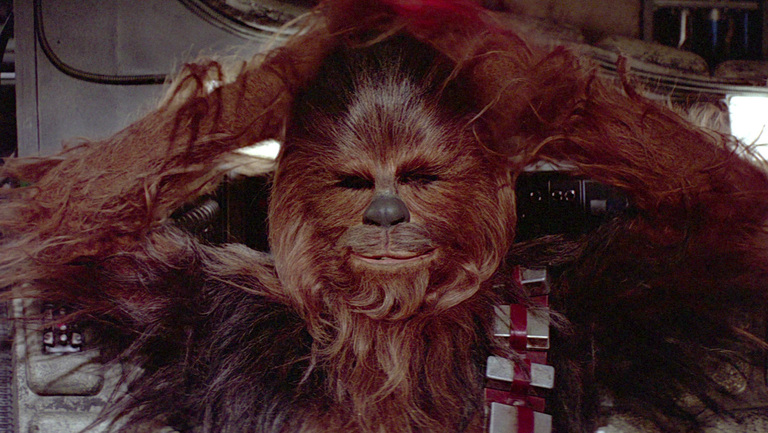 In a 100 point list with maxed Z-95’s that’s 15 extra attack dice he could toss out! That’s just counting basic Primary attacks. Not counting any other upgrades or passengers (looking at you Finn). Also, notice it says “you may perform an attack” – it doesn’t limit that to JUST a primary attack. If you’ve got that missile slot queued up for a juicy shot you can take that too!

There one more Pilot I’d like to talk about and that’s the Scruffy Scoundrel himself: Han Solo! 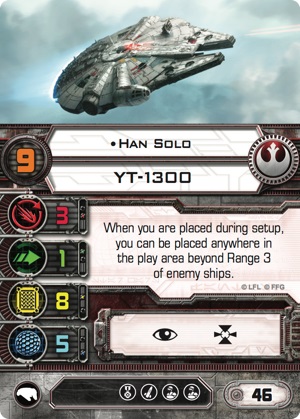 When I first saw that pilot ability I was wondering where exactly you could deploy Han on board. Luckily FFG had a few examples in their article and yes it even includes INSIDE your opponent’s deployment zone! As long as you’re beyond range 3 you can place Han there. This opens up TONS of deployment options and can really mess with your opponent. Because he’s PS 9 he’s going to drop late in the phase and you could still give him Veteran Instincts to make him got to 11…

I’m not going to get into all the dirty tricks you can pull with the ability to deploy Han so far up the table. I will offer this bit of caution: Unsupported he will get burned down quick! This ship has a LOT of beef but it’s still 46 points and it’s only got 1 agility die. If you can pick off a ship early by a good Flanking deployment, GREAT! But don’t leave Han flying “solo” for too long. He’s still one ship 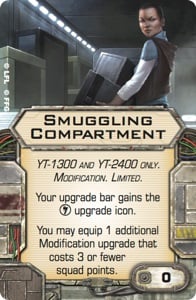 Smuggling Compartment gives the YT-1300 AND YT-2400 access to Illicit upgrades. I know at least one other Smuggler type that would appreciate the ability to drop some more cargo on the battlefield via Rigged Cargo Chute. You’ll loose access to Engine Upgrade, however, so you better make sure that whatever Illicit upgrades you’re taking are worth the trade off! 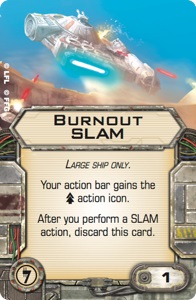 Burnout SLAM could be really useful in a large ship also. The SLAM action could net you quite a bit of movement in one turn: 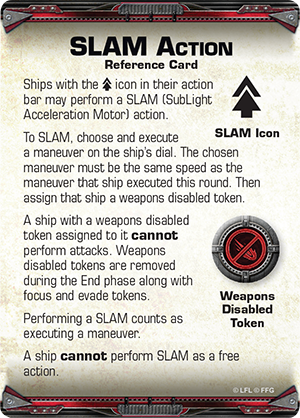 After seeing all these cards I’m really starting to wonder what sort of things FFG has planned for the T-70 X-Wing in that pack! I’m really looking forward to getting my hands on this expansion pack now and busting out some old YT-1300 lists with some new twists.

What crazy combos have you spotted with this expansion?