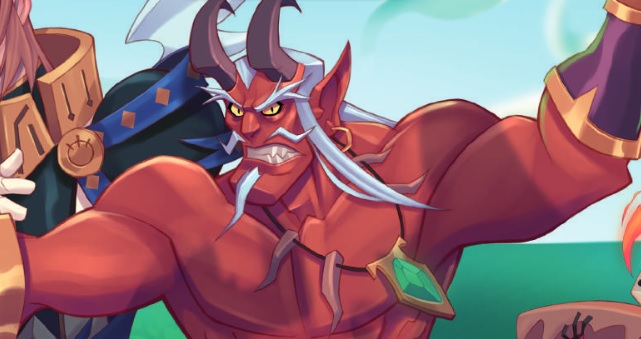 The Tabletop Spotlight is on Fantahzee: Hordes & Heroes!

Fantahzee is a new game from AEG that our buddies from Dragon’s Lair Comics & Fantasy brought over to check out:

The basic premise of the game is simple: You’re a team of adventurers trying to defend the town from an incoming horde of monsters. Players kill the monsters, gain treasure and power up to fight even more monsters. The player with the most XP at the end of the game is the winner. Simple enough, right? It is – but that doesn’t mean it’s easy! 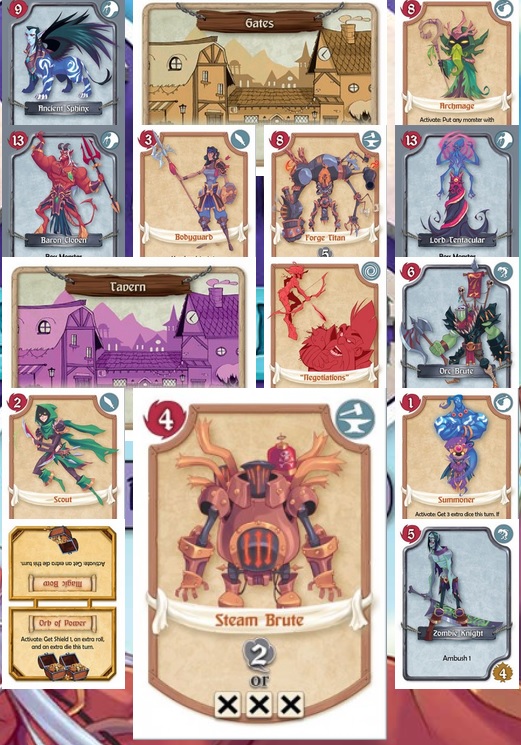 Players control their party which is made up of other heroes who all have different abilities. You can activate the hero’s abilities by rolling the corresponding dice required at the bottom of their cards. The game also has lots of ways to add dice to your pool, get re-rolls or extra resources you can use to activate your heroes. While the game definitely has some luck-based game play, there is a fair bit of strategy on how efficiently you can craft your hero pool as well.

If this sounds like a game you’d like to take a shot at, you can take a look at the rules HERE. Overall, it’s a pretty quick game to pick-up and learn and it’s great for 2-5 players. If you’ve played any of the other AEG games you’re not going to have a problem with this one! So give Fantahzee a shot – it’s in stores now! 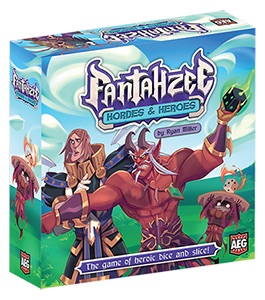 Fantahzee: Hordes and Heroes from Ryan Miller and AEG puts you in charge of defending the town from tons of monsters!  But you aren’t alone, you’ll be able to recruit warriors, mages, and steam-dwarves. Roll combinations to activate their abilities and bonk the monsters on their heads to earn victory points.  Defeat three of the five boss monsters and the other two run home, ending the game.  End with the most victory points to win!

Defeat the monsters, defend the town, and save the day!