C’thu is based in Tor’s Relics 28mm wargame that uses double D6 rolls to determine success in combat. It’s a fast paced game with an alternating activation sequence that will keep players on their toes. You can download the rules here and check out game play here.

From the depths of the deepest, darkest swamps of Relicia, the Cult of C’thu emerges. Its origins seeped in betrayal of the most heinous kind.

Lord C’thu commands his minions from the shadows, whispering his unholy wishes into the eager ears of his chosen avatars. One of these devotees has surpassed all others in his pursuit of power and has assumed the mantle of leader and with it the authority to conduct the affairs of the cult on behalf of his malevolent master, he his known as Xavius Prime and from the glades of the Krakenshearth he plots to bring a terrible plague of madness upon all of Relicia.

Designed as the entry level into Relics, the C’thu Starter Set provides the perfect introduction to the game. Containing enough models to give the player three units, the Faction Starters provide enough to learn the rules yet leave plenty of space for you to expand and explore the faction. 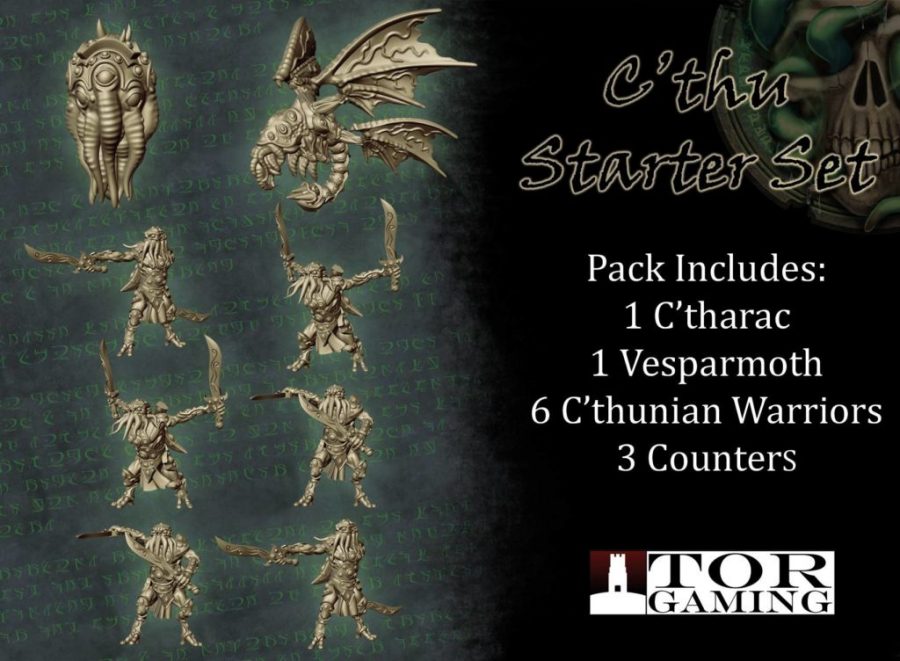 In battle the Shogra feed on the fear of their enemies, growing stronger and stronger with every sentiment of horror that is felt. The speed at which this unconventional fuel transforms the Shogra is astonishing and the mutations taking place are visible almost instantly. I would speculate that if a large group in small vicinity experienced mass fear then a Shogra could quite possible manifest its physical form completely by feeding off their torment, transforming to the point of being wholly unrecognizable. 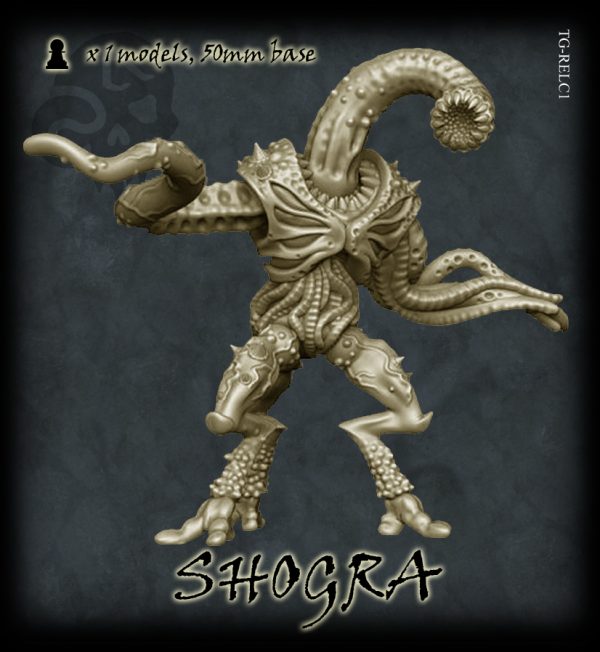 ~ Everyone loves a bit of elder horror on the tabletop.

Author: Mars Garrett
Pop culture staff writer that has been on the BoLS team since 2010. Contributor on the One of Us podcast. Marvel, Vertigo, and dystopian sci-fi fan. Enjoys bad movies, amazing stunt performances, and the internet. Hates rom-coms. (she/they)
Advertisement
Miniatures Tabletop News
Advertisement