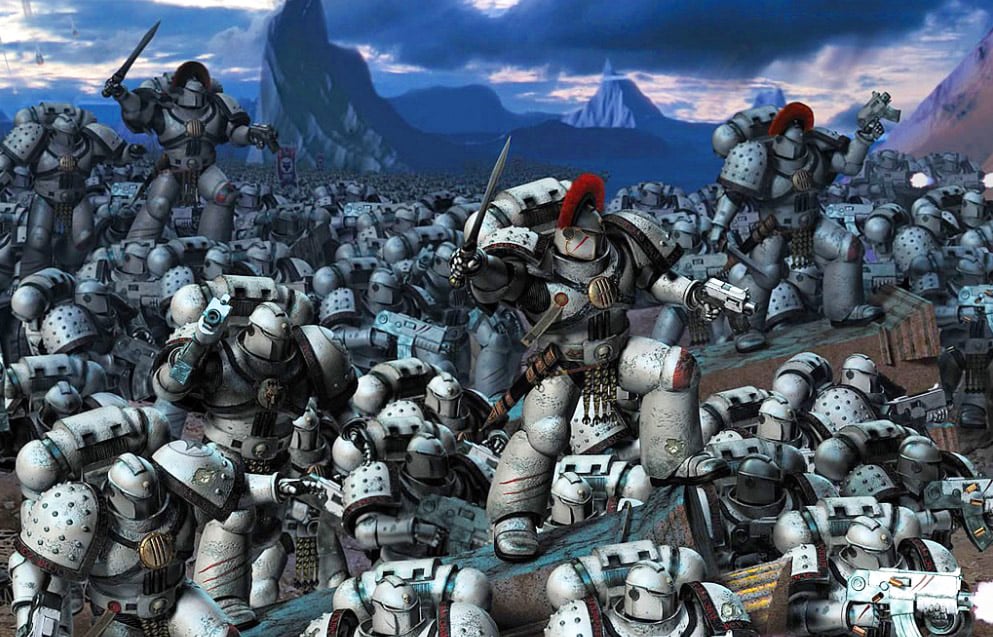 The Legiones Astartes were originally created by the Emperor and his gene-wrights in the closing days of the Unification Wars and the extinction of their predecessors, the Thunder Warriors. The new Astartes had superior lifespans and discipline to the Thunder Warriors, and were intended by the Emperor to spearhead his coming Great Crusade. Each of the twenty Legions were created from gene-seed derived from a single Primarch, which were themselves maturing deep under the Himalayan Mountains before they were stolen away from the Forces of Chaos. However while the Gene-Seed was created by the Emperor, it was perfected and mass-produced by the Gene-Cults of Luna after they were pacified by the early Astartes.

During the subsequent Great Crusade, the twenty Legiones Astartes were the tip of the Emperor’s spear in his conquest of much of the galaxy. Gradually, the twenty lost Primarchs were reunified with their respective Legion and led them to further glories, where they would begin to establish unique identities for themselves. However some point during the Great Crusade, two of the legions were erased from all records for unknown reasons.

The Legio Astartes, being far larger then current Space Marine Chapters, were organized along drastically different lines. At the head of the Legion was its Primarch Commander who oversaw the Legion’s headquarters. Below this were the Chapters of the Legion, each of which was commanded by a Chapter Commander. Each Chapter in turn was divided into a number of Battalions, each of which was further divided into Companies. The Company, itself divided into a number of Squads, was the basic military division of the Legio Astartes. Due to the varying sizes of each Legion, there was no fixed number of how many Chapters, Battalions, Companies, and Squads a Legion would contain.

The Legion size issue is contentious, with several types of numbers mentioned in separate sources meant to reflect a general or nominally-sized legion. As well as numbers directly given in sources themselves, several authors have commented on the issue. Pressed with questions about pre-Heresy organisation – although declaring there is not any real information about it – Andy Chambers answered that “Space Marines started out in Legions of approximately 10,000 strong (or more, depending on the specific legion), which were broken down into Chapter-sized Great Companies rather like the Space Wolves (who are renowned for not adopting the Codex Astartes alterations made by Guilliman post-heresy and who thus follow pre-heresy organisation more closely”. 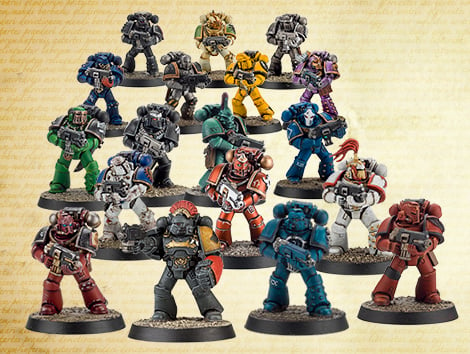 Originally, each Legion was known simply by its number (i.e., the Dark Angels were originally known as Ist Legion) and had plain grey armour. However upon rediscovering their Primarch the Legion would take his homeworld as their own, gain a name instead of just being known by their number, and change their Power Armour from grey to one consisting of a combination of battle honours and their Primarch’s own tastes.