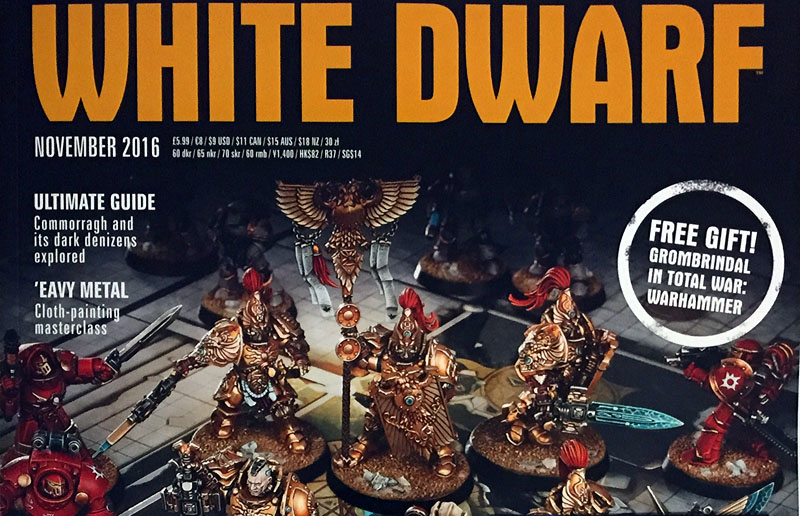 Today we are going to take a closer look at the newest White Dwarf, featuring the Burning of Prospero and so much more!

This 150 page book is the third issue since White Dwarf went to a monthly release and it is packed with goodies! 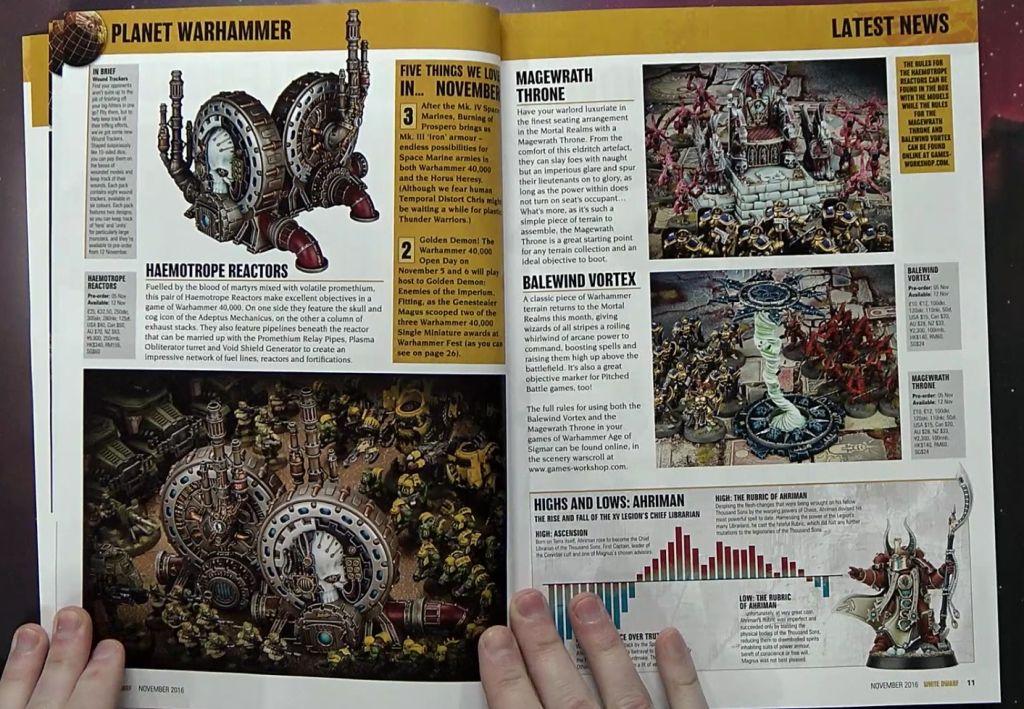 A new 40k Terrain piece, Haemotrope Reactors, is featured in the book along side some Age of Sigmar terrain. The Magewrath Throne and the Balewind Vortex are two great pieces of terrain for Age of Sigmar and if you have any casters in your army you should definitely take a look at the Balewind Vortex because your caster can summon it for free, he stands on top of it and basically can’t be reached and it doubles the range of his spells. This is definitely a solid piece to have coming in at only $15. 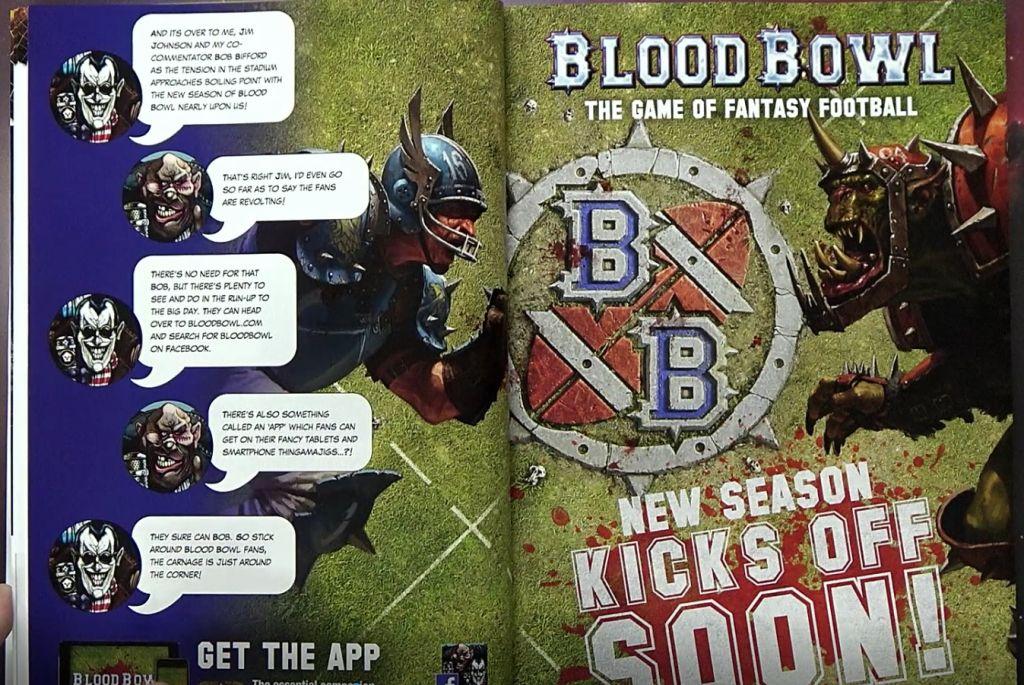 There is a giant two page add for the new Blood Bowl game in the center of the White Dwarf. This leads us to believe that the new edition landing next month?? 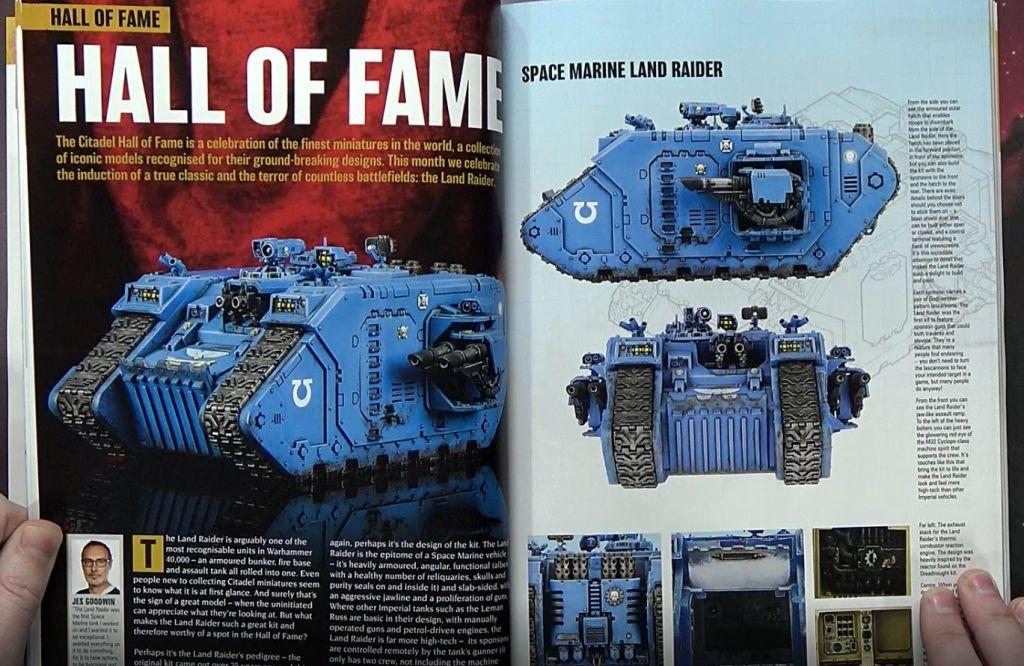 The Space Marine Land Raider from 1999, by Jes Goodwin,  has been inducted into the Citadel Hall Of Fame and an article was constructed describing this occasion. Jes Goodwin is an amazing sculptor that basically laid the groundwork for how the Space Marines look today. 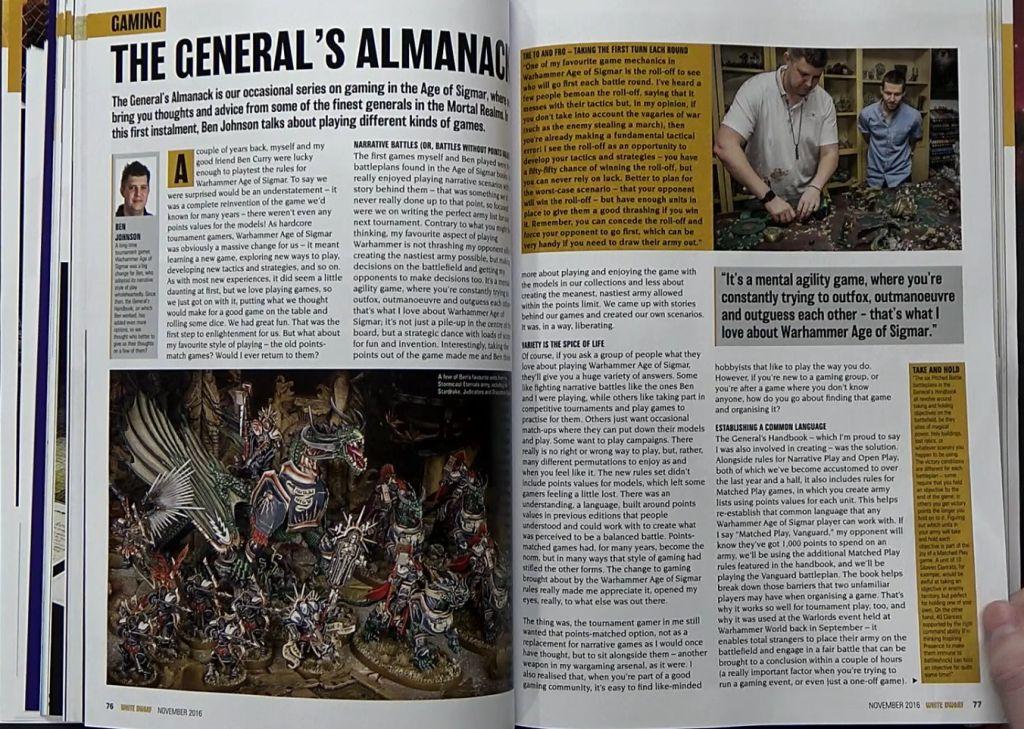 The Genereal’s Almanack talks a lot about competitive play vs the casual narrative kind of play and also touches some on army building and other overall things about Age of Sigmar. 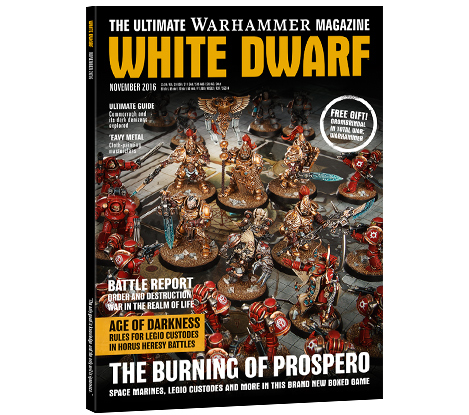 November’s White Dwarf is here, and with it a free download allowing you to add Grombrindal, the White Dwarf himself, to your games of Total War: Warhammer (with a handy 20% of the game itself if you haven’t got it yet). Inside, Prospero Burns! We’ve got the complete lowdown on the great new boxed game The Horus Heresy: Burning of Prospero, with a first look in Planet Warhammer, plus Designers’ Notes, Illuminations and some exclusive extra rules. Elsewhere we’ve got an ’Eavy Metal Masterclass on painting cloth, the Ultimate Guide to Commorragh and all your favourites like A Tale of Four Warlords, Golden Demon, the Battle Report and more!