Come take a look at the very first Sororitas 2nd Edition army book from back in 1997, and their miniatures.

Welcome to the BoLS Retro Corner, where each week, we take you on a time machine to the era of early grimdark awesomeness.  This week, we take you back to the heady days of Warhammer 40,000 2nd Edition! Time to let the the Daughters of the Emperor take out their flamers and start burning the heretics – Gav Thorpe style!  Enjoy this trip through the mists of gaming time.

Now let’s take a look at the old metal Sisters of Battle minis that accompanied the codex. The tragic moral of the story is these are the same minis you can get today… 20 years on. 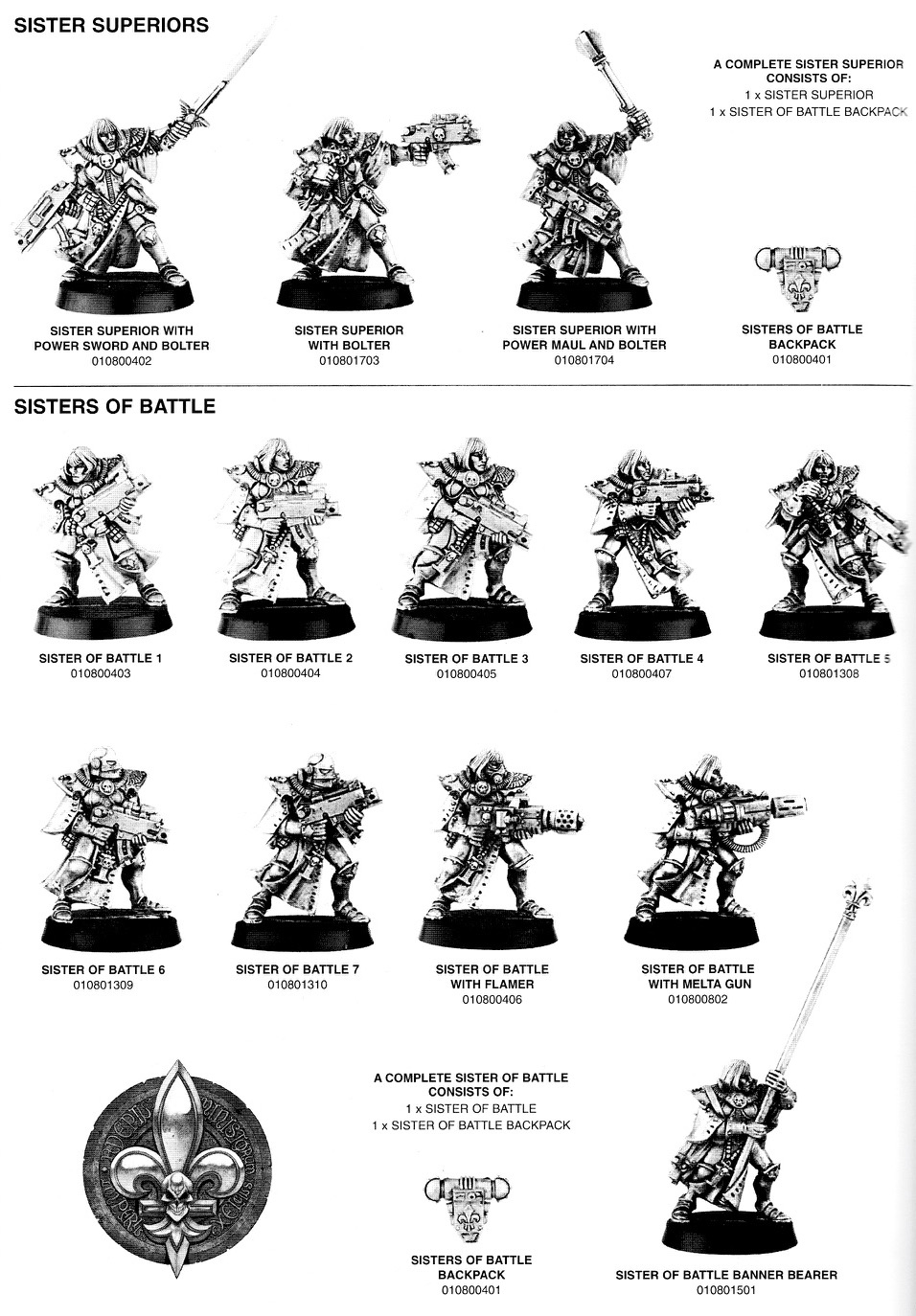 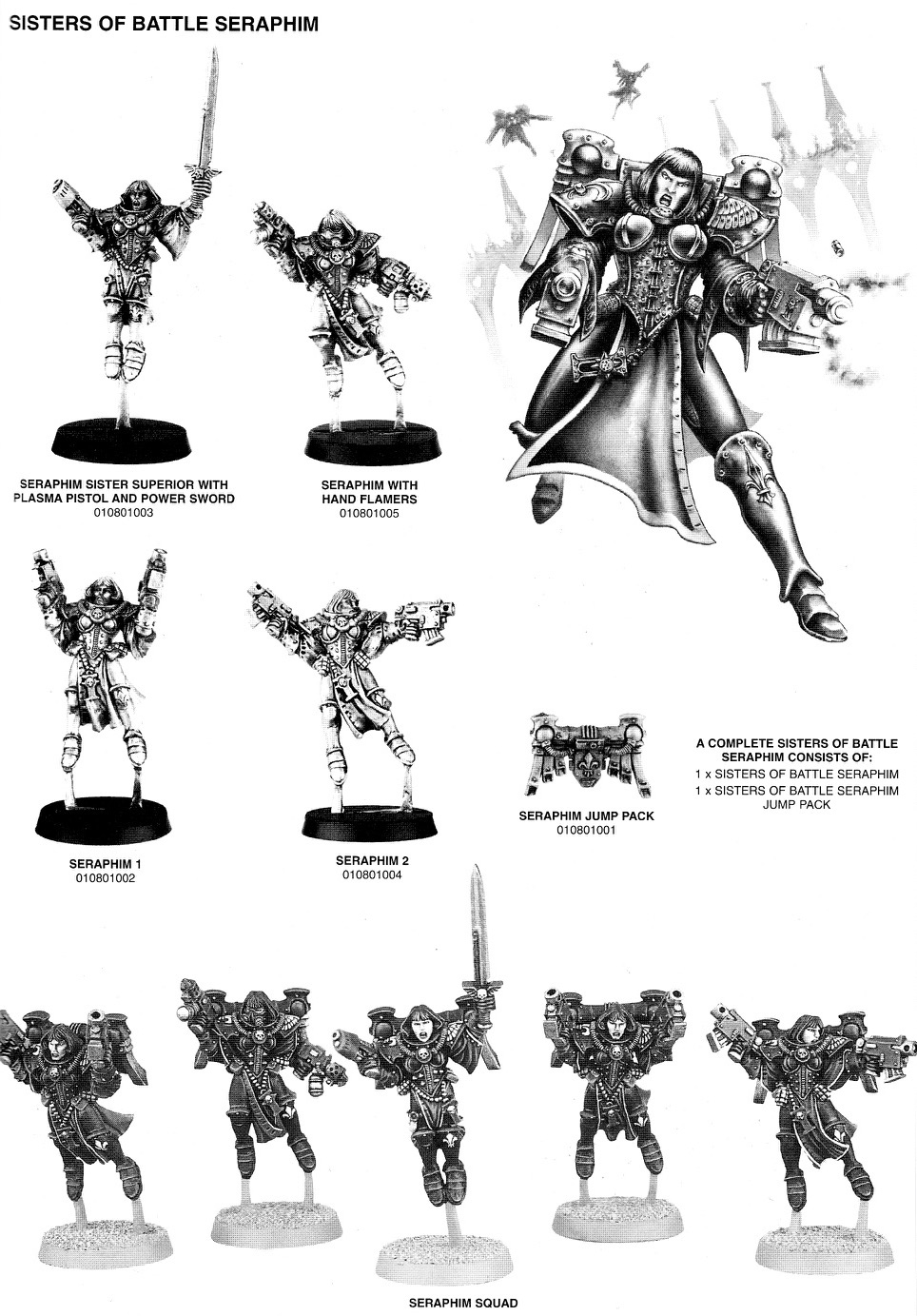 Without question the standouts of the range. The Seraphim have been flitting around dispensing the Emperor’s justice with bolt and flame pistols for 2 decades. I can only imagine what new modern Seraphim could look like.  The Blood Angel Sanguinary Guard are probably a good place to start. 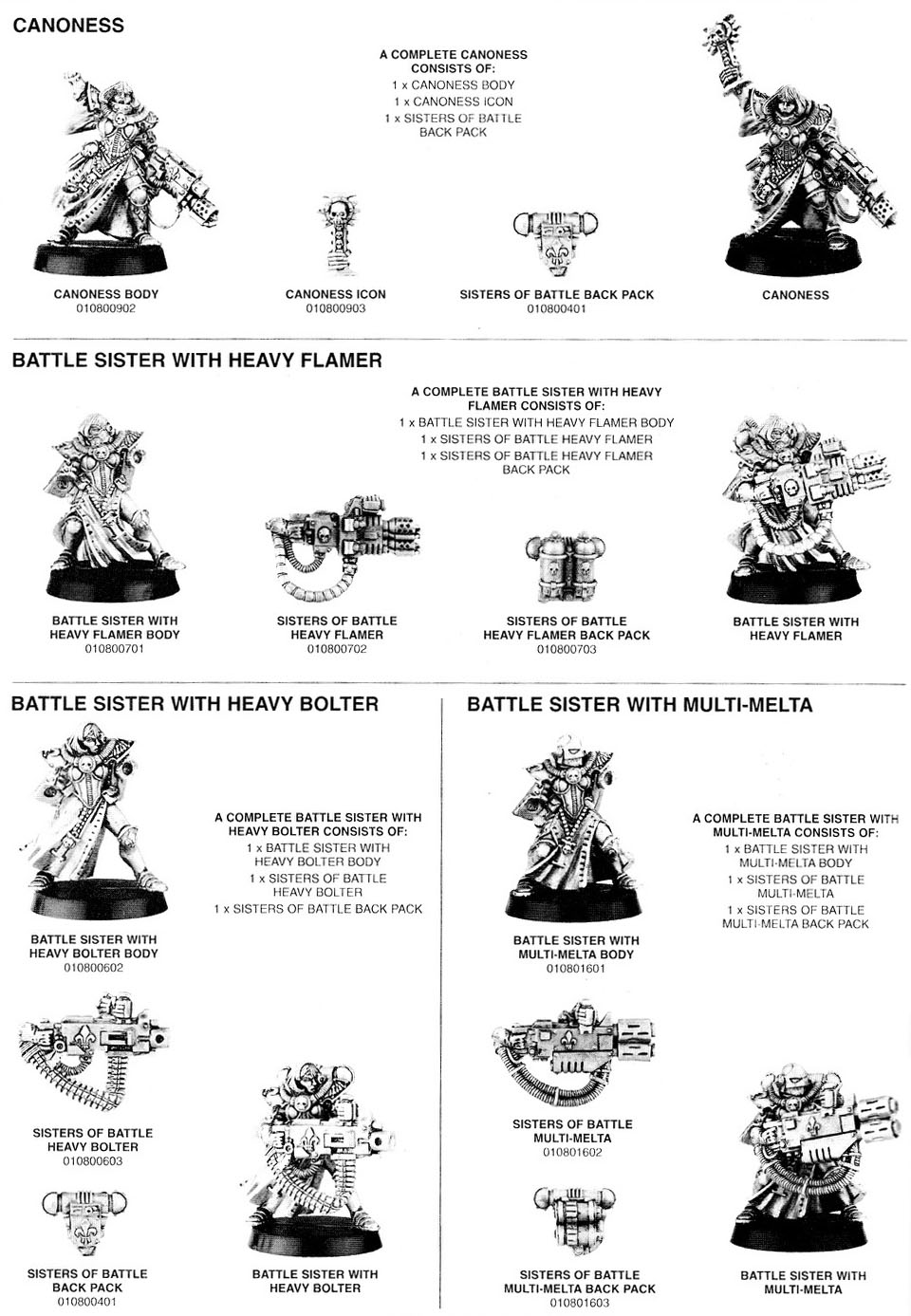 Burninating the countryside since 1997. The Retributors have been blasting, melting and incinerating the heretics thanklessly for 20 years while the Salamanders garnered all the glory. 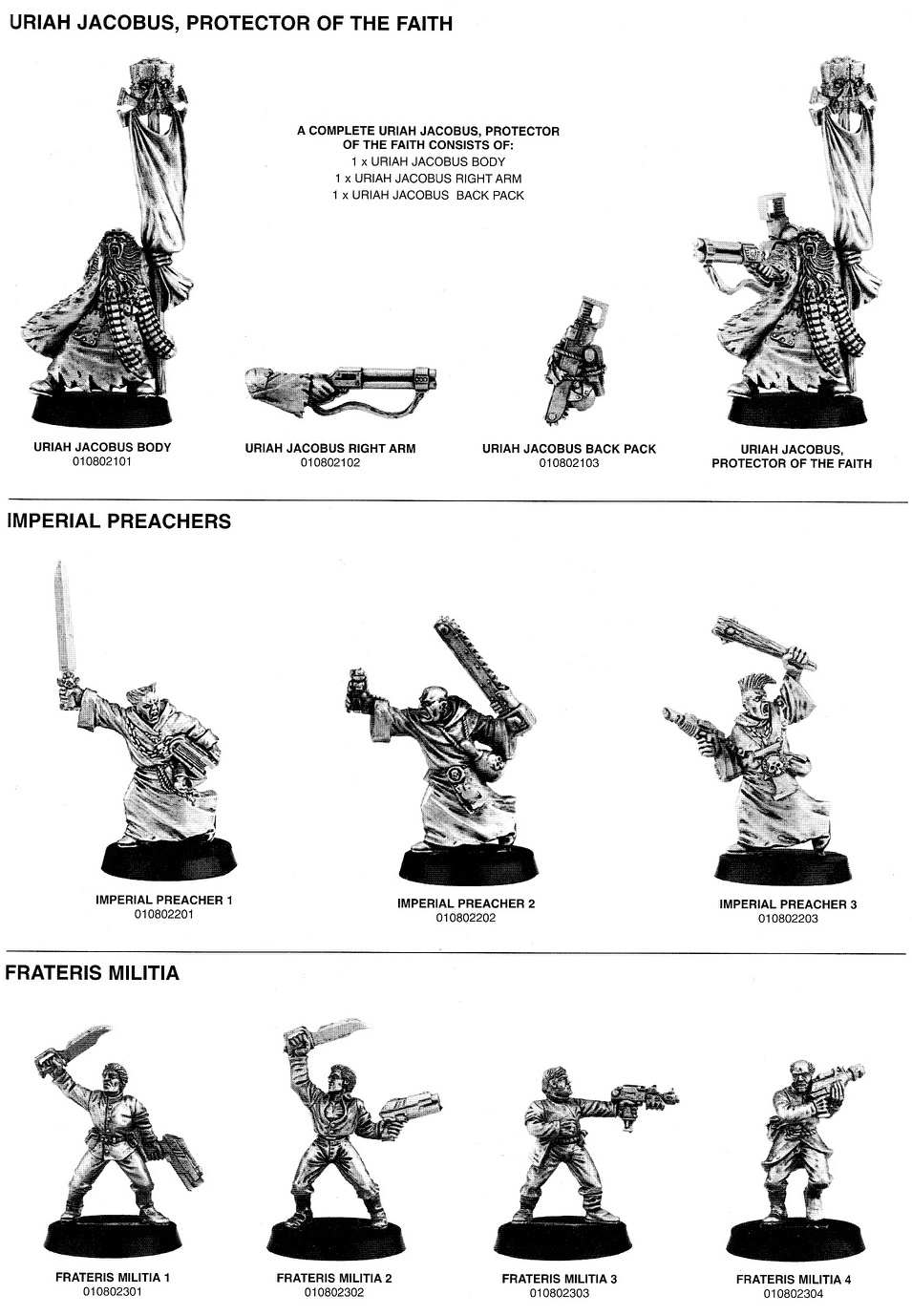 Most people forget about the Frateris Militia models.  If you need the perfect unit to deal with those irritating Chaos Cultists – have some faithful ones of your own. Run them before the blades and guns of the bad guys with a smile on their faces and the Emperor in their hearts. 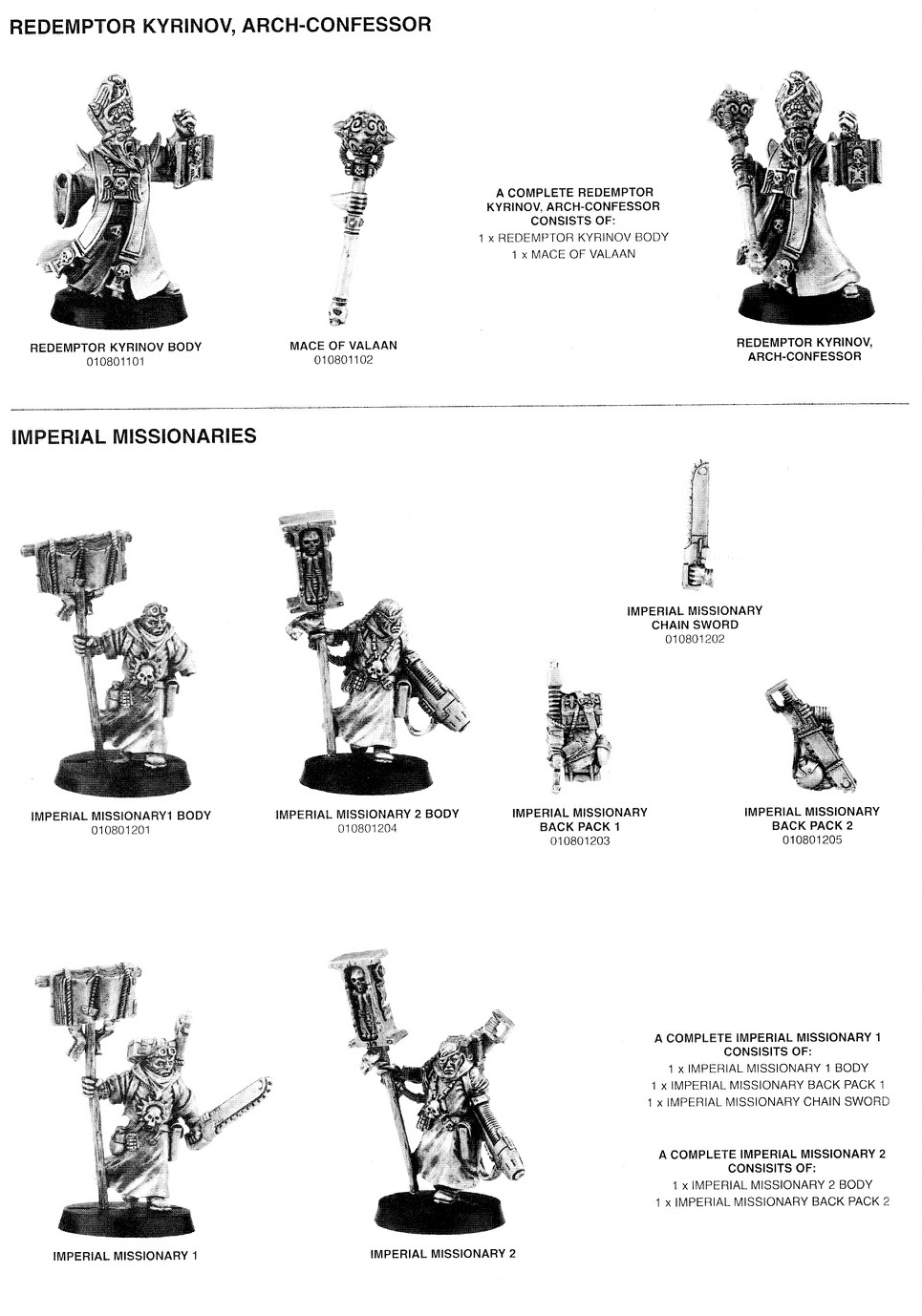 Rounding things out are the Missionaries and named characters of the Ministorum to put a little vim into their sermons to whip up the faithful.

Who’s excited about the Sisters of Battle’s return?