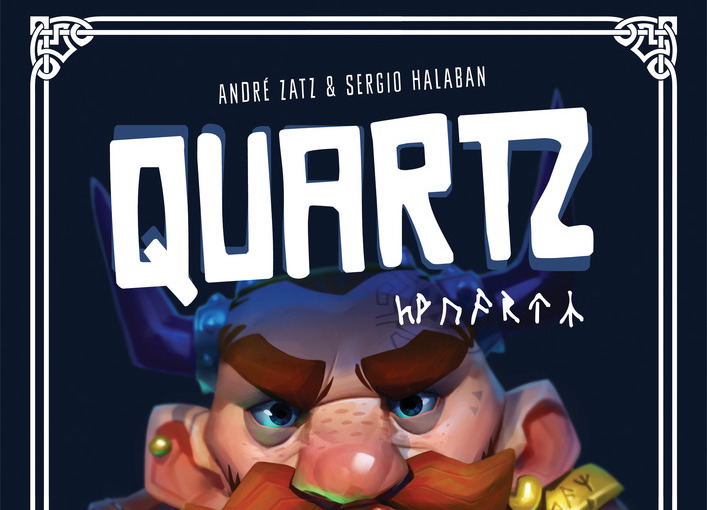 The Tabletop Spotlight is on Quartz – The game of Dwarves Miners!

Who doesn’t love a good game about Dwarves mining for precious gems? Well that’s exactly what our friends at Dragon’s Lair Comics & Fantasy brought over to check out with Quartz:

In Quartz each player is playing as a dwarf miner who has entered a bet with this(or her) fellow dwarves. The deal is that who ever earns the most money from their mining will win the bet and then own the mine! But you only have a few days to gather all the gems you can. Sounds like a simple deal, right? Well that’s were it gets interesting…

Quartz is a neat game that involves a unique “push-your-luck” mechanic. As the players take turns mining (taking plastic gems randomly from a bag that is provided) they have a chance to grab a few different gems. They vary in rarity and the reward for selling them reflects that price. However, there are also shards of obsidian that players can draw from the bag. If you get one piece, well, it’s not the end of the world – but you have wasted your turn. But if you get two pieces that means you have just lost your work for the day. The obsidian tears a whole in your bag and all your gems fall out – you’re done for the day!

Now, that’s not all the game entails. There are also some action cards you can use and some other actions you can take (like turning in your gems). Some of the cards do mess with other players and things which is part of the fun. Another thing is that the gems are worth more if you sell them in sets. This adds to the strategic gameplay as you have to calculate the odds of risking it for another go or if you want to cash out take the money while you can.

Overall, Quartz is a solid game for 3-5 players. The recommended age is +14 but really this is great for gamers of all ages. Well – as long as you are old enough to know that the gems aren’t candy…The gameplay is simple, fast and fun. The games only last for 5 rounds so it’s a game that you can play multiple games in an evening. Quartz is out now so go check it out and get your mining on! 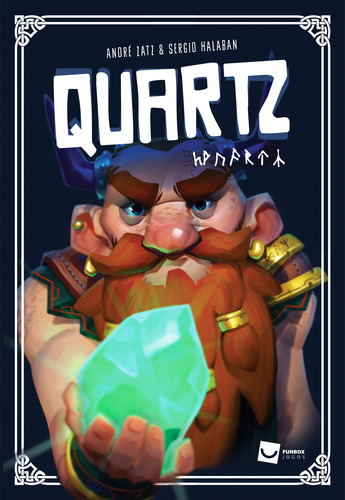 Dwarves are among the bravest, determined and hard workers creatures you can find. Especially when they are searching for crystals in a new mine.

In Quartz, you belong to a group of dwarves who has just discovered a new mine on their land. Excited by the discovery, you decided to make a bet. Everyone will explore the mine for five days. At the end of each day you will sell in the city, the crystals you extracted during this day. At the end of the fifth day, the dwarf who earned the most money will become the only owner of the mine.

What’s the legal drinking age for a Dwarven Miner? Trick question – it’s based on beard length not age!

Ninja Division: Way of the Fighter 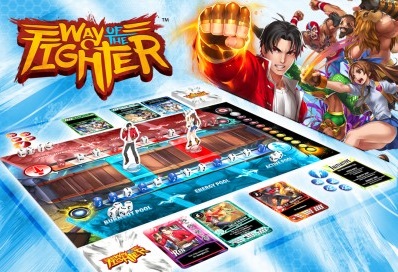