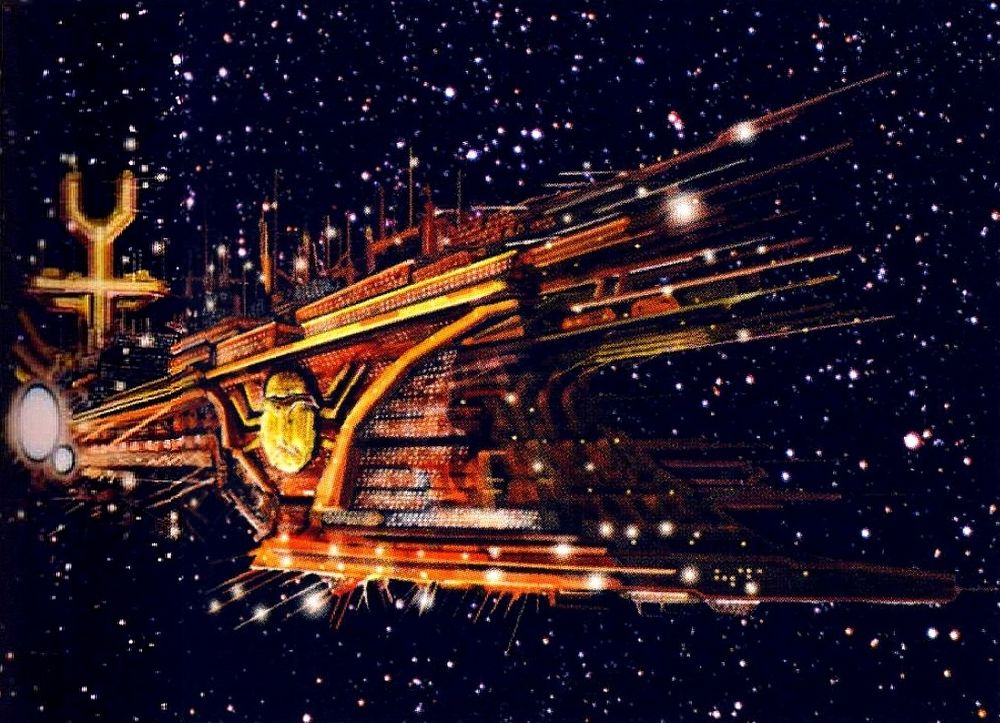 Loremasters, today we look at the key vessels of the Thousand Sons – dread vessels that have plied the Empyrean for 10,000 years. 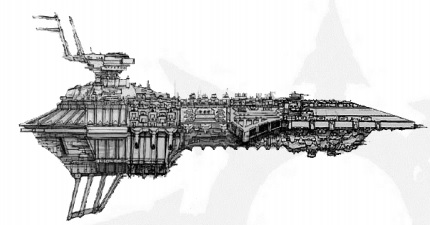 The Photep was the Gloriana class vessel that served as the flagship of Magnus the Red during at least part of the Great Crusade. In this role the Photep was the lead vessel of the 28th Expedition during Magnus’ command of that Expedition Fleet and served as a repository for information gathered by the Fleet, as well as records recovered from the worlds encountered. The Photep transported the Thousand Sons contingent to the Triumph of Ullanor, as well as to the Council of Nikea.

Of the areas aboard the Photep, the most famous is the Sanctum of Magnus, a pyramidal contemplation area projecting from the hull and offering superb views of space itself. The Sanctum was decorated with a mosaic floor spiral made out of chips of black and white crystal from the Reflecting Caves of Prospero, shaped and laid by Magnus himself. The atmosphere in the Sanctum was kept at a steady, cool setting, to aid meditation. The spiral on the floor was not merely decorative, it served an organisational purpose reflective of Magnus’ philosophies. Each senior Captain in the Legion was assigned a place on the spiral, a place carefully calculated to represent their current status, authority, respect and power, comparative to each other…and to Magnus, who stood at the centre of the spiral upon a golden representation of a sun. Each Captain’s position was therefore at constant risk of change as their own career and personal power waxed and waned. During the Crusade, whenever Magnus camped upon the surface of a planet he had a pavillion assembled that was designed to be a copy of his Sanctum, albeit without transparent walls. The pavillion included a reproduction of the crystal flooring, but one made of marble tiles.

Another area of contemplation aboard the vessel was the library of Ahzek Ahriman, a chamber said to be surprisingly understated for the Chief Librarian of the Thousand Sons. Not especially large, it contained only a single bookcase, one large desk and Ahriman’s armour-stand. It was in this room that Ahriman began the training of the remembrancer Lemuel Gaumon in the psychic arts.

The Photep was in orbit of Prospero when Magnus recieved the revelation that the Emperor had sent the Space Wolves to humble him and destroy his legion in punishment for his actions after the Council of Nikea. As part of his plan to leave Prospero open and unguarded in the face of the Space Wolves’ attack, the Photep was ordered to lead one quarter of the Thousand Sons’ fleet in a direct line away from the system, her captain given sealed orders and instructed not to open them until reaching a specified set of co-ordinates. What these orders were and what became of the Photep herself is currently unknown.

Scion of Prospero is a Battle Barge used by the Thousand Sons. The ship survived the Burning of Prospero during the Horus Heresy, and managed to reach the Planet of the Sorcerers in the Eye of Terror. It is frequently seen at the head of Thousand Sons fleets that terrorize the Imperium in the ten thousand years that have followed. The ship has been utilized by Ahriman on multiple occasions, and has been seen during the Twelfth and Thirteenth Black Crusades. 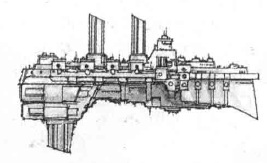 Over one thousand realtime years after the death of Phosis T’kar, a Thousand Sons spacecraft was named in his memory. The Phosis T’Kar was a custom-built vessel classified by the legion as a planet-scourer; essentially a mammoth plasma cannon built into the superstructure of a starship and intended solely as an orbit-to-ground bombardment ship. The Phosis T’kar was deployed during the Battle of the Fang. Its current status is unknown.

~Fear the Red Sorcerors of Prospero, both on solid ground and in the heavens.

HOBBY: The Bigboss' Week of Blogging #108 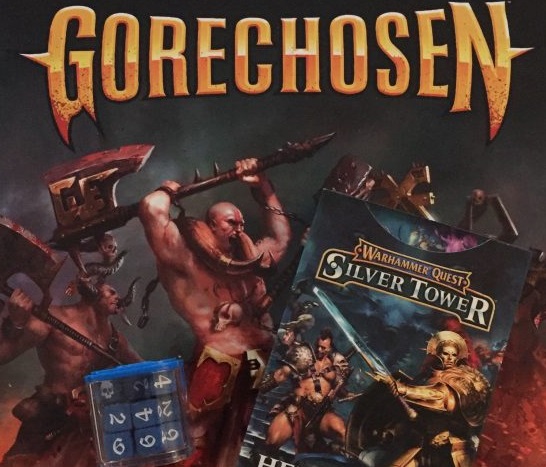