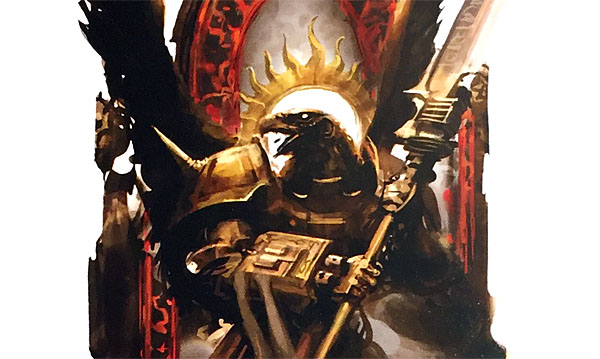 BoLS will be bringing you Codex Imperial Agents coverage all week. Today we peek inside the cover and learn the benefits of Adepta Sororitas. 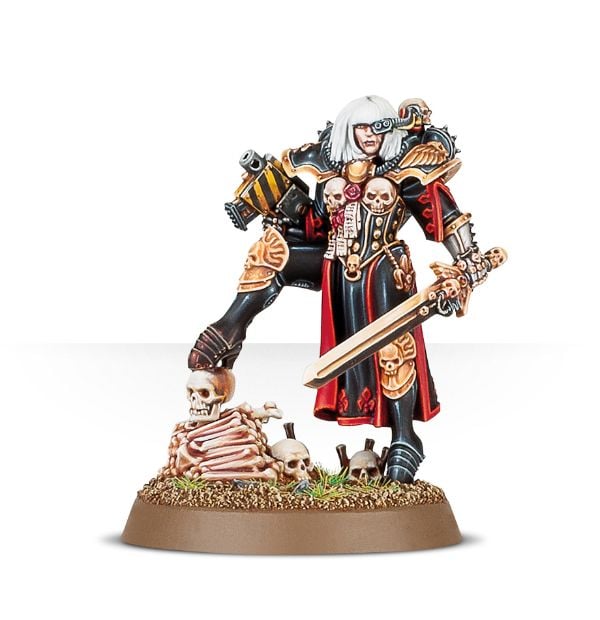 I order you to buy this book sinner!

Before we get into the Sororitas, let’s do a quick tour of the codex basics to get your head wrapped around what’s inside.

Look at that cover.  No one expects the Spanish Inquisition! 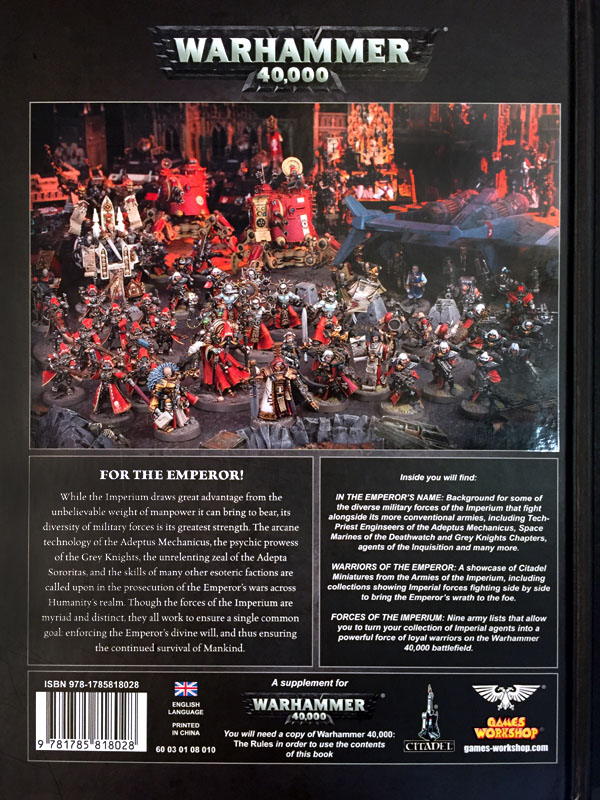 Plus the back of the codex…

Every new codex gets a logo and Imperial Agents is no different.  HERESY, Do I sense the foul influence of Tzeentch? 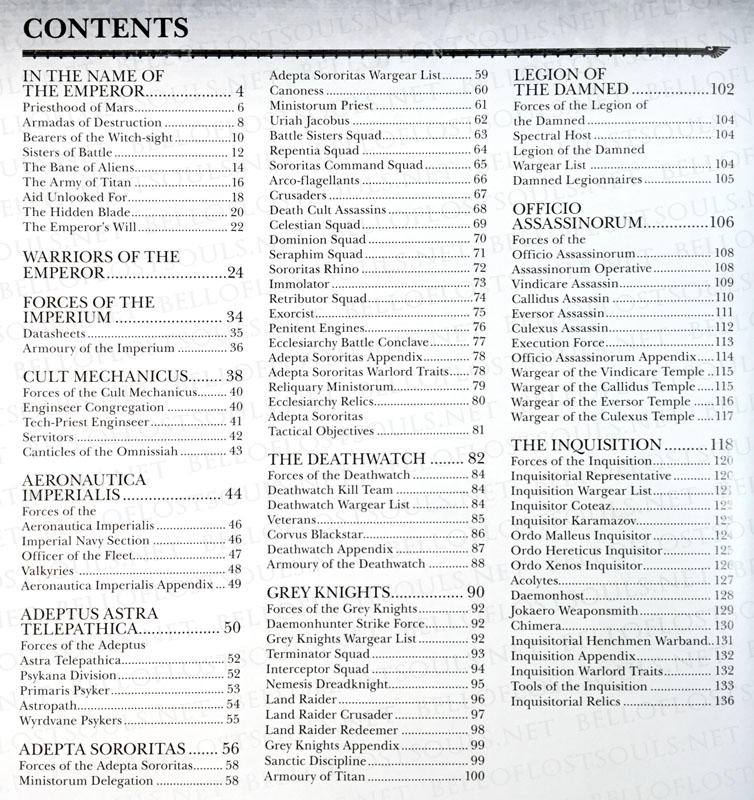 Take a good look at the Table of Contents

Right off the bat, you have 9 Armies in this book.  You will note that several of these are very tiny affairs such as the Legion of the Damned (4 pages), Cult Mechanicus (6 pages) and Aeronautica Imperialis (6 pages).  Several of the forces in the codex are teensy mini detachments you can easily shoehorn into your existing army for a little flavor.  The big forces that you really pay your money for are the Adepta Sororitas (25 pages), and The Inquisition (18 pages).  These both have a decent set of units and some surprises. Easily enough to build an entire standard sized army around if you wish. A key point is the Sisters and Inquisition detachments in this codex are NOT identical to the earlier digital versions out for the past couple of years.  These are updated and expanded lists.  Finally note that Mechanicus, Deathwatch and Grey Knights are in here with alternative mini-sized detachments for those looking for just a splash of the faction, rather than the full codex version of the force you can build with their existing stand-alone codexes.

Now, onto what you came for, the set of special rules that define exactly what the Adepta Sororitas army can do on the tabletop.

The Sisters have a LOT of tricks up their sleeves -spread all across their units and formations. 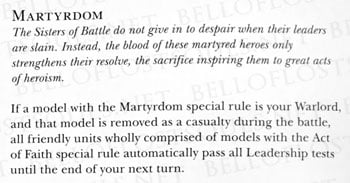 Just try to kill my Warlord – I DARE ya! 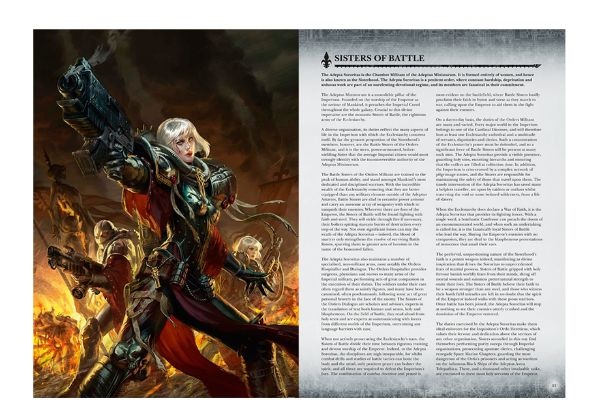 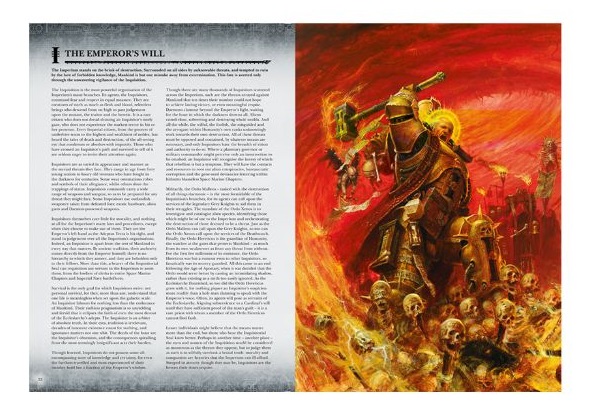