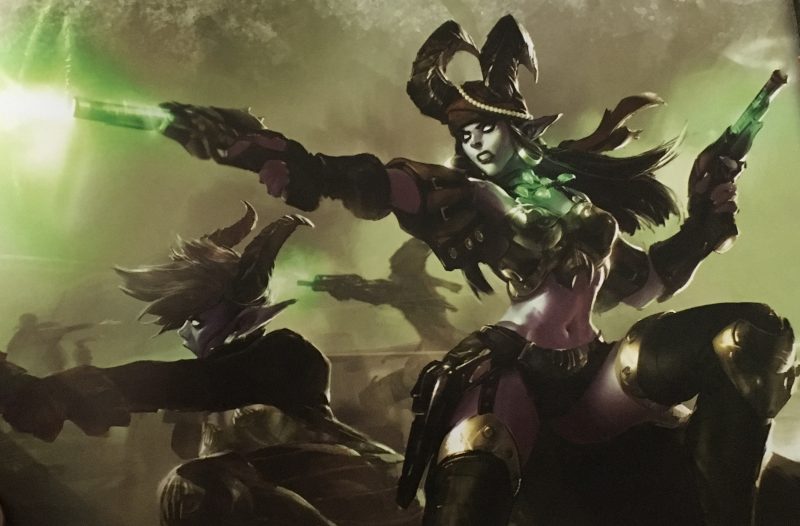 Cryx has some new gunpowder to share with its enemies. Come check out the new scantily clad Satyxis Gunslingers in Mk.3

Cryx has a new 7 point 3 model unit of gun mages. They are FA 2. It is a really new thing for Cryx to have troops that can actually shoot straight. 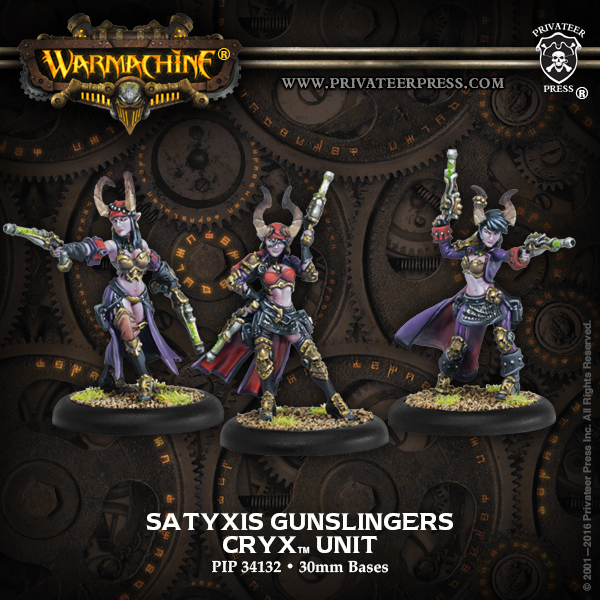 What Do Satyxis Gunslingers Do?

You have some decent stats on the Satyxis Gunslingers with SPD6 MAT6 RAT6 DEF14 ARM12 1box. Blast damage is kinda scary for these models so keep them spread out with that CMD6.

They are armed with the classic horns of Satyxis POW8 critical knockdown. But, that is about all they have in common with their sisters. These chicks have gunfight and 2 Magelock Pistols. I guess they fought against Cygnar enough to figure out how to shoot.

Each gunslinger has 2 pistols and can choose 1 of 3 attack types when shooting a pistol:

Denny 1 can make any unit work in Cryx. Skarre 2 is probably your go to caster if you are not going the parasite route. She has blackspot so if the gunslingers live the dream they could potentially kill 12 models in 1 activation.  Cheap troops are great to make clouds from.  Mechani-thralls or Carrion thralls can run to spots where you want to hide important models and you can then kill them with the gunslingers to make line of sight blocking clouds.

The Gunslingers serve 3 purposes in this list. They can utilize blackspot and threaten enemy infantry. They can kill cheap carrion to create clouds for deathjack and your solo’s to hide behind. Finally they can backlash any lower armor models which works well with their satyxis sisters. 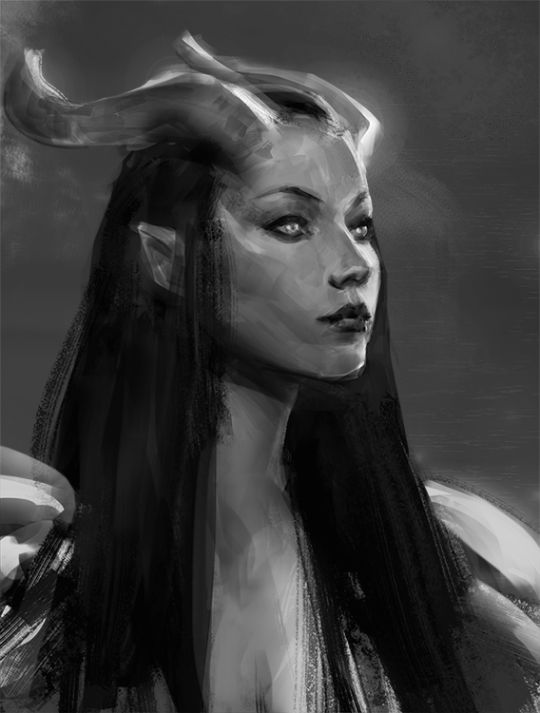 I actually think Cryx can get decent value out of the cloud creation ability and just general cheap ranged. Your options before were expensive solos like the Pistol Wraith, really bad RAT units like Revenant crew, or pricey mercs that you can’t buff.
I can see Cryx players fielding these models and give them a B. Nothing amazing but good utility with the cloud creation.

Hey BoLS what do you think of the new cryx beuaties?  Please share in the comments below!