Today we are cracking open the new Magnus The Red box set and taking a look at what’s inside.

The new Magnus miniature is absolutely incredible and definitely a beautiful center piece! 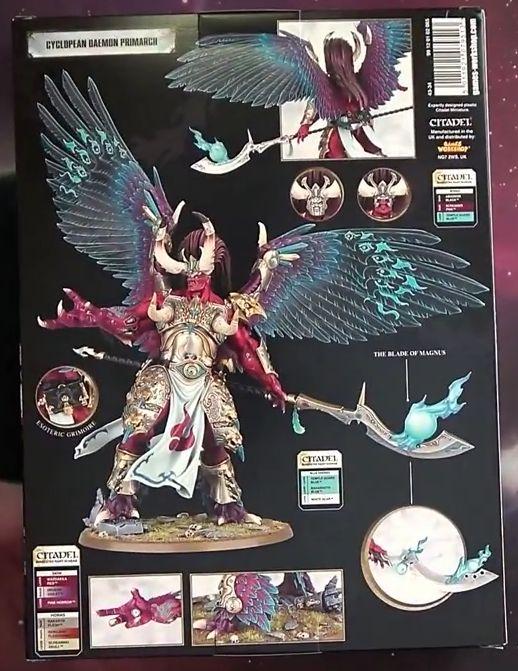 This definitely an epic model. They claim it took around 850 hours to sculpt it and another 300 hours to paint. So what you’re looking at on the box is a ton of hard work that has been put into the presentation. 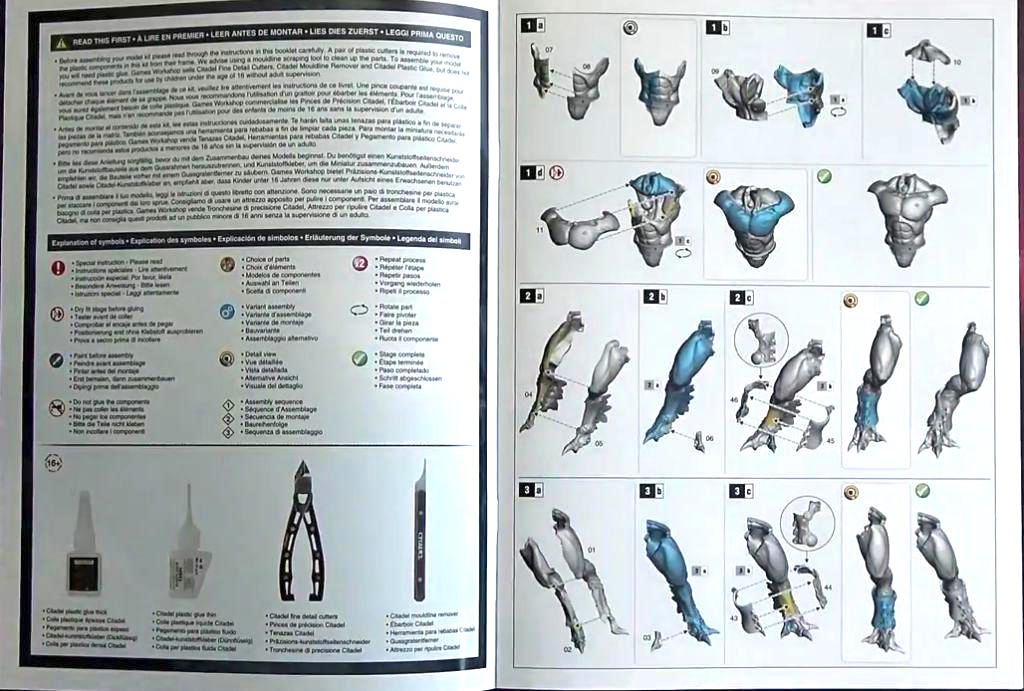 A full colored instruction manual comes in the box showing many detailed pictures to help assemble the model. 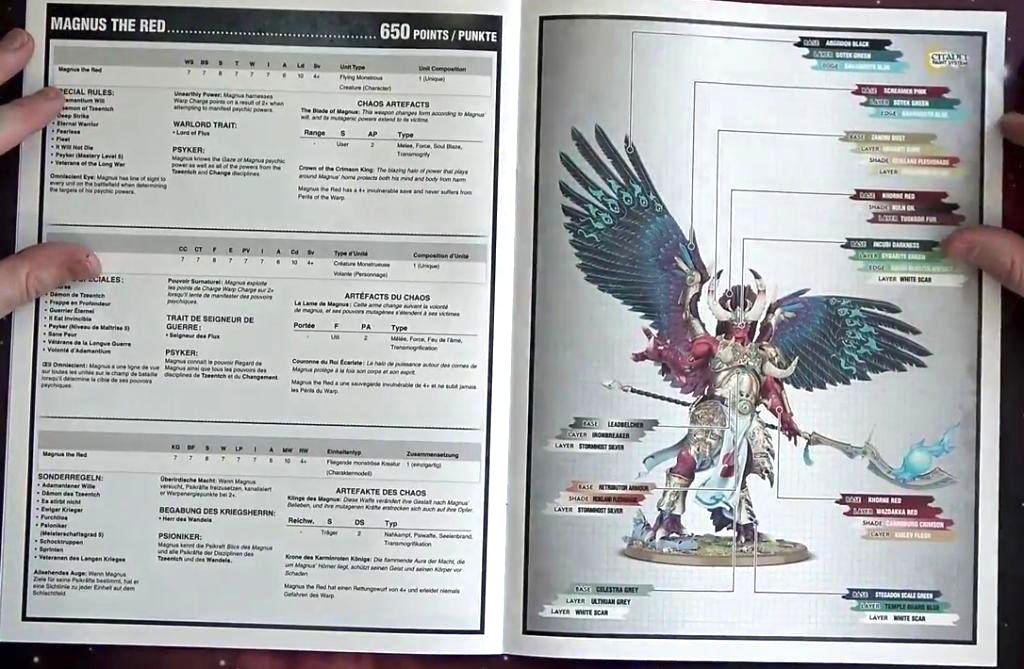 In the back of the instruction manual there are all the stat cards for Magnus as well as a break down of the colors that were use to paint him. 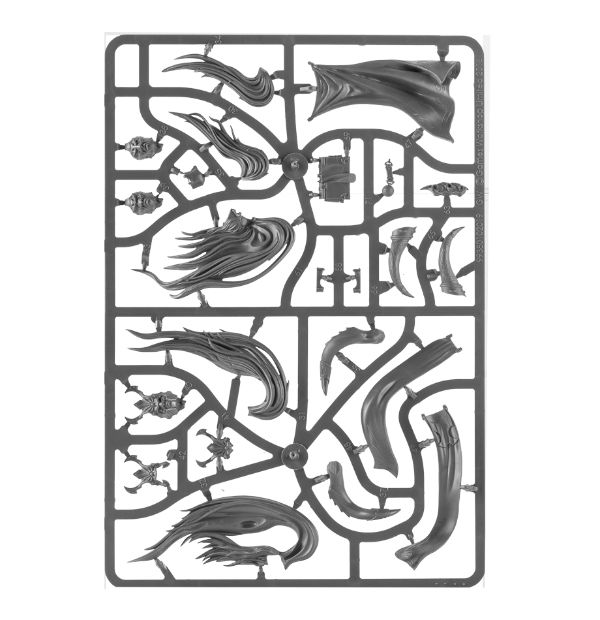 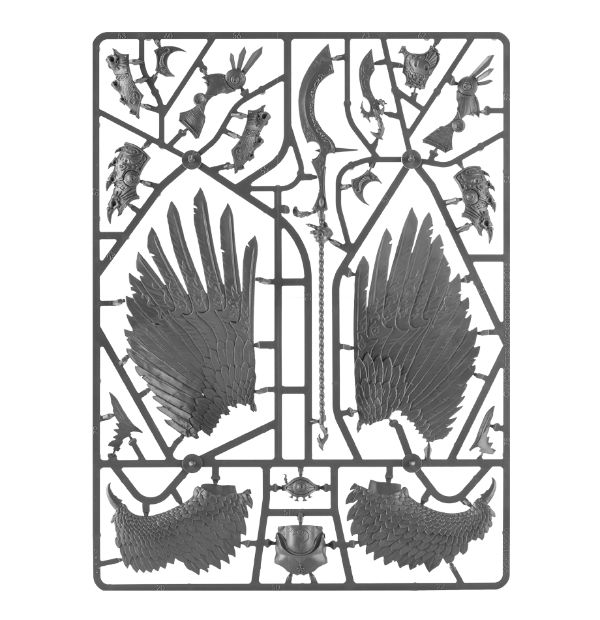 There are three different head options to make Magnus look the way you would like. The wings are enormous and incredibly detailed.

The air screams as Magnus the Red descends from the skies, and stone runs molten beneath his shadow. Cyclopean son of the Emperor of Mankind, his very presence is anathema to logic. To look upon him is to surrender sanity, and when the Crimson King gazes back, destruction is loosed in unimaginable measure. Second only to the Emperor in terms of psychic ability, he rends asunder reality with a sweep of his blade, annihilating even super-heavy vehicles with the sheer intensity of his ire. Then, with a flex of mighty pinions, Magnus the Red is borne aloft, glorying in his unnatural power as he brings fresh calamity to the weaklings who oppose him.

This multi-part plastic kit contains the components necessary to assemble Magnus the Red, Daemon Primarch of Tzeentch. An imposing winged model whose size is appropriate to his power, he comes with a selection of 3 different faces (cyclopean, open helm and closed helm), is clad in armour dating from before the dark days of the Horus Heresy and has an array of modelling options: accessories include magical tomes, scrolls and daggers. He’s armed with the frankly ostentatious Blade of Magnus, modelled as a choice of glaive or sword. Supplied with a Citadel 100mm Round based, and a crushed Space Wolf Dreadnought for a base detail!

Head over to Games Workshop and pick up one of the most epic models yet to come out, Magnus The Red!