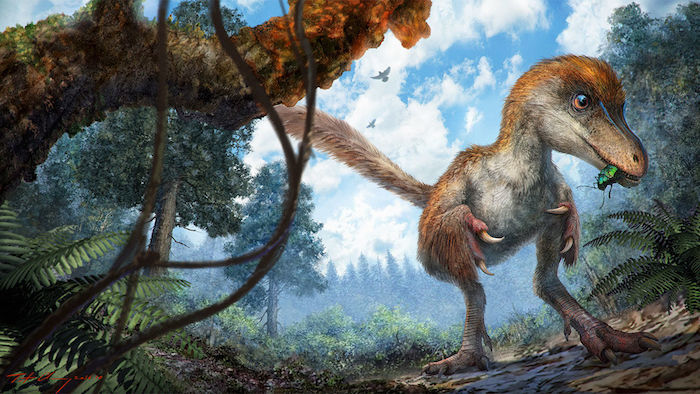 Jurassic Park lied to you.

The piece of mid-Cretaceous amber was found in Myanmar, and examined by paleontologist Lida Xing of the China University of Geosciences with a team partially funded by the National Geographic Society. The amber from Hukawng Valley – where this piece is from – holds the largest array of Cretaceous period animals and plant life. A lot of it ends up in jewelry. 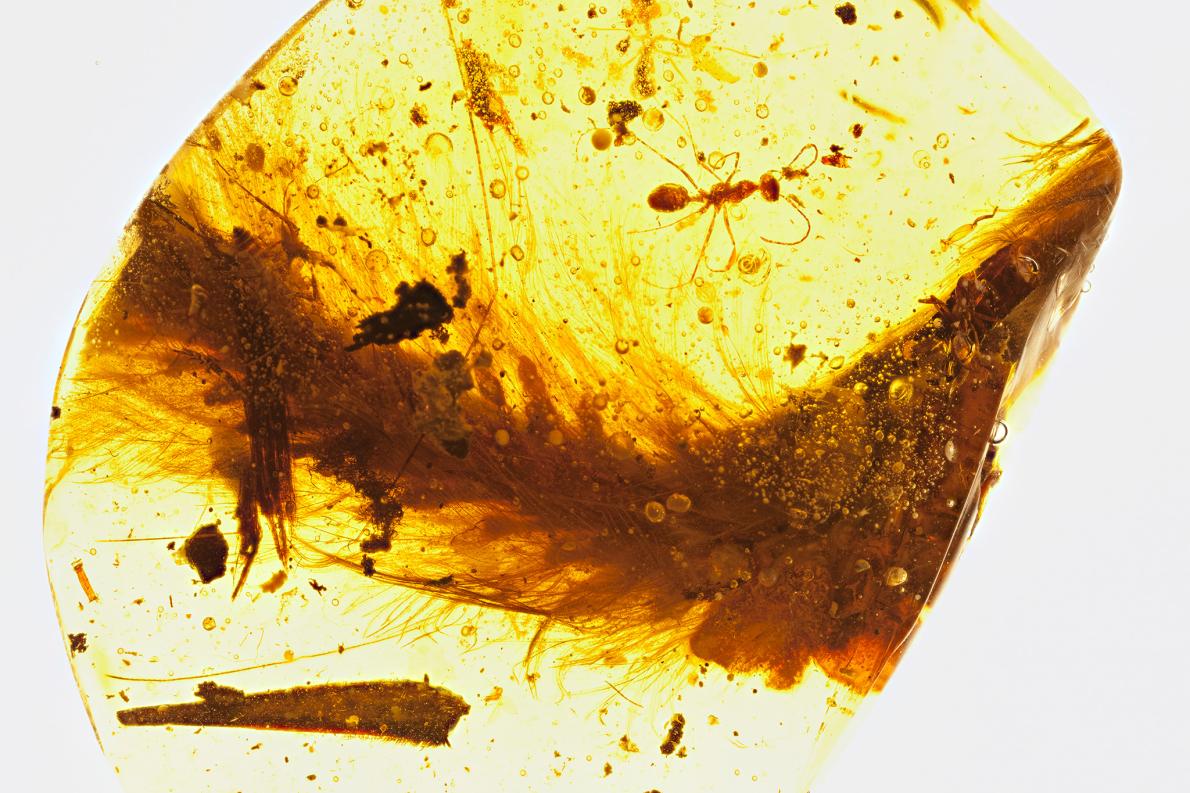 The piece is the size of a dried apricot, and houses a 1.4 inch tail covered in feathers. There are 8 vertebrae that were likely part of a long, thin tail. 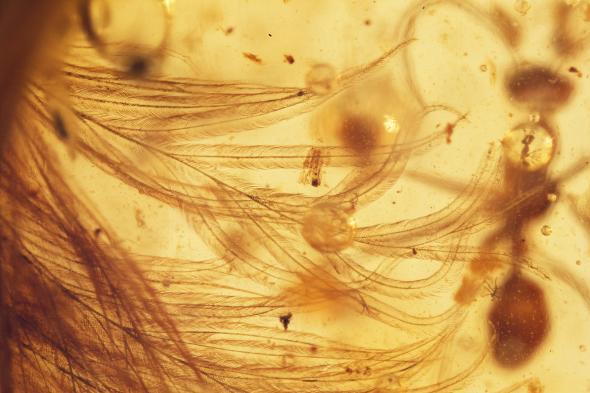 The researchers believe that the creature was part of the coelurosaur family, which includes Tyrannosauroids and modern day birds. Due to the amount of feathers on the tail they don’t think the creature was capable of flight, and that the feathers were likely used for temperature regulation or some sort of signaling action.

Check out the full article from National Geographic for a more in depth look.