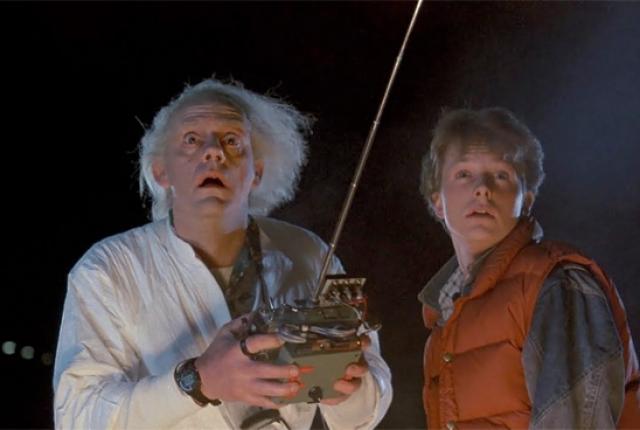 It’s almost 2017 and that means The Future(tm) is at hand. All the signs are there: we have self-driving cars, robots that don’t fall down stairs (I’m looking at YOU ED-209), virtual reality, and hoverboards.

This one is much less likely to catch fire and explode…

What does this mean for the future of RPGs? A lot of Kickstarters, for one. And a lot more exploration into different genres–there’s a bunch of sci-fi games on the horizon, horror lurking in the depths, and some inventive takes on fantasy in the shadowed woods. So as we turn to look at what we’re excited to play in 2017, strap on your shades, because the future looks bright.

Based on the amazing art of Simon Stålenhag, Tales from the Loop is an RPG that casts you and your friends as teens growing up in rural Sweden in a town that happens to be situated atop the world’s largest supercollider, known as The Loop. In the same vein of things like E.T. and Stranger Things, your job is to deal with the strange machines and other Mysteries that come from The Loop–all the while trying to deal with the struggles of growing up–nagging parents, homework, and bullies.

I’m especially interested to see what kinds of things your characters can do. One of the things they mention is that not every conflict can be solved with violence–you’re playing a kid trying to solve mysteries and stay alive…not a great warrior.

And after a wildly successful Kickstarter campaign you’ll also be able to find cool synth-based music, rules for creating your own city in The Loop and a few bonus adventures to get you going.

Blades in the Dark

Gather your motley crew of villains and thieves and hit the mean streets of ghost-haunted Duskwall. Build notoriety and a criminal empire amid vengeful ghosts and demons, greedy nobility, spirit wardens, inspectors, crows, and of course, the other scoundrels and murderers–the Blades in the Dark.

Oh man. If you have ever wanted to hop in the worlds of Thief or Dishonored, or to have the kind of fun they have in the Lies of Locke Lamora, this is the game for you. It is all about assembling a crew of thieves and scoundrels and trying to survive at the bottom rung of a very long and dangerous ladder. The game stands out to me with its emphasis on team work. Helping your friends is built into the mechanics, and your crew is basically a character unto itself. I love collaborative mechanics like these–and here, especially, I think it’ll go a long way towards really making the crew distinct.

And unlike other entries, you don’t have to wait to try this one out. You can pick up the early access rules right now, or wait until April and grab a copy from the fine folks over at Evil Hat. 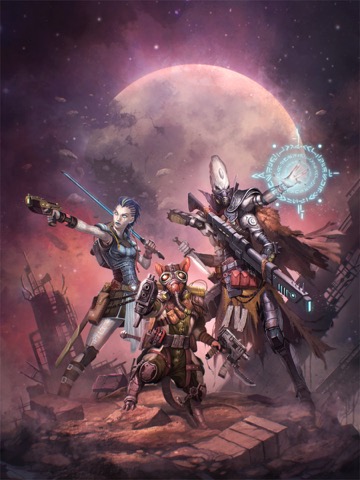 Well, maybe not exactly–there’s been a ton of work from the Paizo crew on this. You can read about alien species, strange psychic powers, hackers, and so on over at their landing page. From what I can tell, this looks like it’ll be Space Fantasy at its finest as you and your party head out and explore the universe (that probably contains Golarion within it, somewhere).

I’m curious to see how the core rules change to take the sci-fi aspects into account. But, the game promises it’ll let me play a ratfolk scavenger type in space, and really, I don’t know what else you want from a game. I mean, I loved Dragonstar, which was literally just D&D in space (no really, they had space kobolds and space paladins) and Starfinder looks like it’s doing something interesting with the concept. 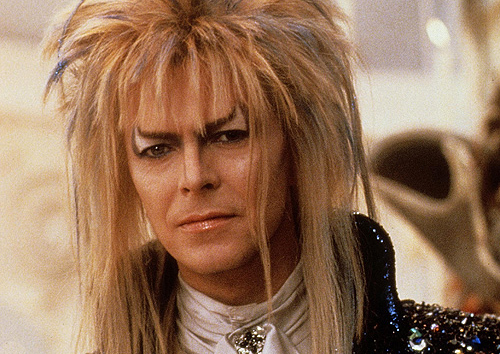 I wish it was some kind of crazy Labyrinth-inspired RPG. But who knows, it might be! Labyrinth is Wizard’s as-yet-unknown upcoming release in Q2-2017. They’ve been putting out some amazing products of late, including Against the Giants, Curse of Strahd, and Volo’s Guide to Monsters, so I’m quite keen to see what this turns out to be.

Even if it’s just a color/activity book full of fun mazes and crosswords to solve. 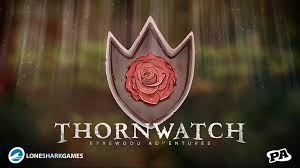 Set in the Eyrewood, Thornwatch is a board/RPG hybrid game due out next year from folks at Lone Shark Games and Penny Arcade. If you’ve never read the comics set in this world (you should), the Eyrewood is a dangerous forest full of peril, monsters, and ancient lore that’s preserved in song and rhyme and ritual.

Players take on the role of one faction of protectors of the realm: the Thornwatch–heroes who show up when called (also rumored to be untrustworthy oath breakers). This is the first of three games set in this universe, and I’m interested to see how it plays out. The core mechanical concepts remind me a lot of Arkham Horror: the Card Game, and that’s pretty exciting.

Based on the tale of Bluebeard, Bluebeard’s Bride is a horror game that casts you as a Bride of Bluebeard, sets you up in a manor, and tasks you with investigating, fighting, and surviving your own beautifully tragic tale.

At this point, you might be wondering how your entire group is going to play the Bride at once–that’s one of the conceits of the game that I’m most excited to see: each player takes on one of five parts of the Bride’s psyche (also called Sisters), each with her own nature, traits, and abilities that can help navigate the house. But beware, your Sister might learn something she shouldn’t and go mad, become part of the horror that lurks within the house.

I love this concept. It’s a one-shot game (kind of like Fiasco or the Shab-al-hiri Roach) but promises loads of replayability as the story changes each time–you might find new Sisters, discover untold rooms, and a new grisly fate each time. Definitely one to check out from Magpie Games. 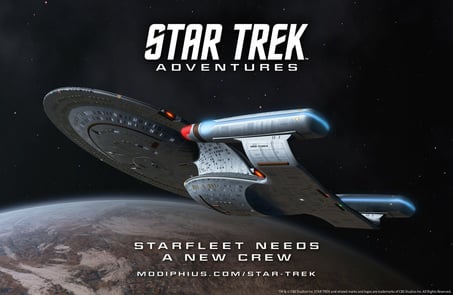 Due out next year from Modiphius games (Mutant Chronicles, Conan, John Carter of Mars RPG) Star Trek Adventures is exactly what it says on the tin. It uses the 2d20 engine that powers the games mentioned above, and will be released along with a line of minis so you’ll have all the tools you need to start telling your own stories set in the Star Trek universe.

I am interested to see how they handle ship-to-ship combat–if ever there was a setting that could handle something like a crew of people all working in tandem on a single ship, it’s the Star Trek universe. I think that could be a ton of fun to play around with–as long as nobody at your table wears a red shirt (assuming you’re playing in TOS. If you’re playing TNG, DS9 or Voyager, don’t wear gold). 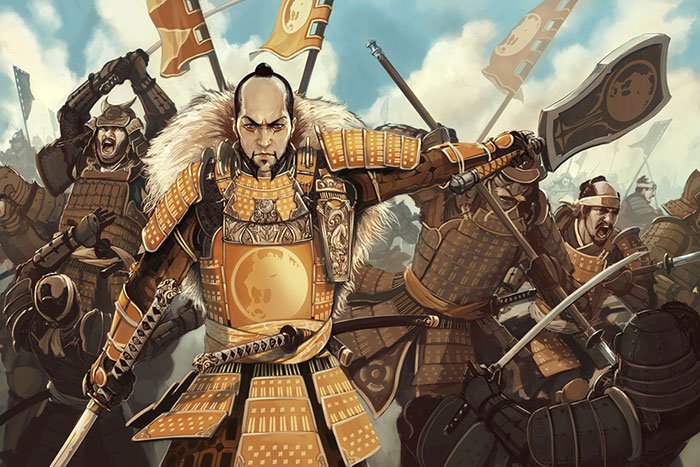 Back in 2015, FFG bought L5R from AEG, and what all those acronyms spell out is the chance for some exciting new samurai stories set in the world of Rokugan. As previously announced, the new Legend of the Five Rings products will be premiered at GenCon in 2017. I hope that an RPG will be among them–especially given how much fun I’ve had playing Force and Destiny and Edge of Empire.

And that’s just barely scratching the surface. 2017 looks like it’ll have a plethora* of great games!

What RPGs are you excited to see next year? Let us know in the comments!

*For those dealing with their own personal El Guapo: a plethora means a large or excessive amount of something.

Author: J.R. Zambrano
Bell of Lost Souls Staff Writer and DM, J.R. covers RPGs of all stripes and on occasion eats sandwiches. You can ask him about either at [email protected]
Advertisement
Dungeons & Dragons Modiphius Paizo RPGs Wizards of the Coast
Advertisement 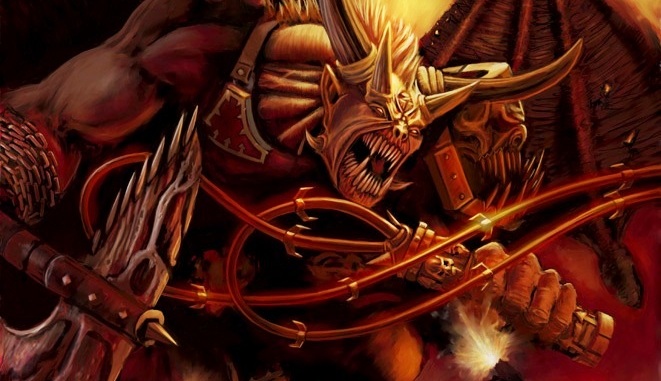