This week: Heroic deeds, chicanery, stolen gems, and a gang of impostors.

Walking through the crowded market is like being pressed through a coarse sieve. Bodies pack the square, buying and selling and trading in equal measure. The pungent aroma of lizardman “cuisine” wafts through the air, accompanied by myriad shouts proclaiming that the best prices anywhere are to be found here. It would be a day like any other, if not for the fact that people keep offering their thanks for deeds you haven’t done…

This adventure hook is meant for players of 5th-7th level.

In a crowded city, players looking to spend some of their hard-earned gold are saddled with a sudden dilemma. The townspeople keep thanking them for deeds they haven’t done. The rewards are nice, sure–but what explanation is there for these unattributed deeds? Missing memories? Mental manipulation? Or is it something far more sinister? Whatever the reason, it’s up to the PCs to get to the bottom of this. 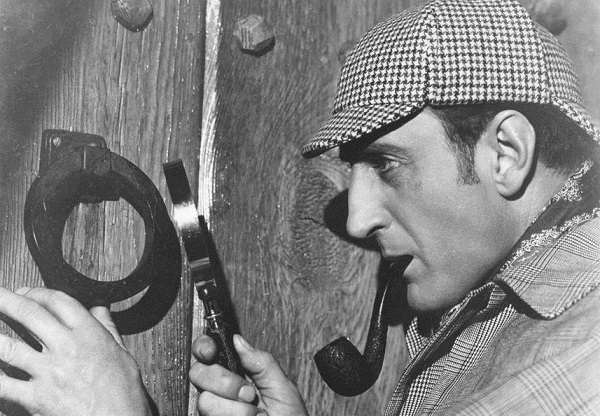 The PCs are heroes of some renown. It stands to reason that word of their deeds has spread far and wide–but today is a little different. As they walk through town, people are thanking them for kindnesses they’ve performed. The only trouble is, they keep talking about events the PCs haven’t done: a baker thanks them for returning her missing heirloom. A man selling meat-on-a-stick thanks them again for driving out the ghost that had been haunting his kitchen. All tasks that they are said to have accomplished during their previous adventures.

A little bit of digging into “themselves” reveals a string of heroic deeds carried out over the last two weeks. Canny players might also pick up on the recent string of thefts in the city that happened to occur over the last two weeks. These two facts are probably unrelated. With a little bit of luck, the PC’s manage to track themselves to a hideout in the nicer part of town. It seems they have taken over a small but stately manor and refurnished it with their own heraldry and a few loyal followers who greet the adventurers warmly, as though nothing were unusual.

Inside the manor are disguise kits, illusory scrolls, and other paraphernalia that suggest the methods the culprits have been using to impersonate the party. Here too they will find clues (possibly their first clues) that their activities have been used as cover to carry out a string of robberies. Depending on the success of their search, they’ll learn their doppelgangers’ next target: a wagonload of jewels passing through town.

This all culminates in a moonlight robbery attempt, possibly with an ambush or counter-ambush (hey you never know) that turns into a chase through town. During the chase, an actual disaster strikes the town (see below), and the players must team up with their doubles to try and put things right. In the ensuing struggle, the adventurers may find that they have inspired actual heroism in their roguish counterparts–potentially gaining followers or foils, depending on how everything shakes out.

Read below for more details, or scroll to the bottom for all the stats you’ll need!

The Grayfeathers are a band of charlatans who have recently heard of the party’s exploits. Trading on their good name, the Grayfeathers used trickery and magic to take on the appearance of the PCs, and set about trying to make a name for themselves. But since actual heroing is hard work, instead, they have done their best to create the need for heroes (using dancing lights to make a shop seem haunted, or summoning some monsters which they then show up and drive off) so that they can emerge from the shadows to save the day and win the hearts and minds of the town.

They have also been robbing them, when they can. They are planning to steal a caravan full of dwarven gemstones, and their recent robberies reflect this. They’ve recently hit an alchemist’s shop and stolen supplies for creating alchemist’s fire and smoke (to mask their presence). They’ve scouted out an area on the outskirts of town (where they fought off goblin raiders) where they plan to attack the caravan. However…they have also grown to accustomed to the accolades that their facade of heroism brings. Persuasive players might convince them to give up a life of crime (see below).

The actions of the “great heroes” are the talk of the town when the adventurers head down to market. Amid the cries of merchants, they’ll notice that they’ve attracted the attention of a few townspeople here and there. One by one, those who believe their livelihoods were saved by these heroes approach to express their gratitude. 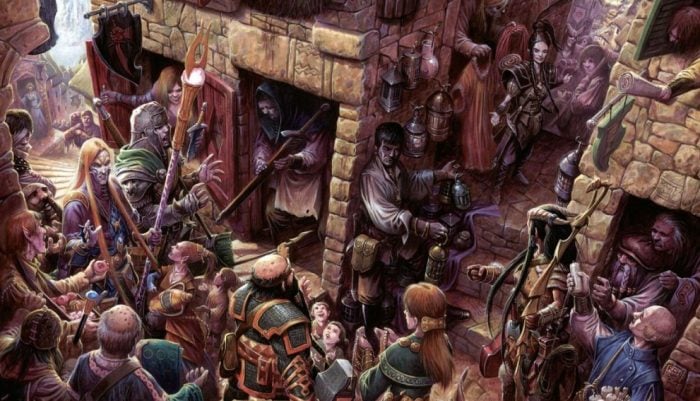 At first it’s generic thanks–this is a chance for your players to feel as though they’re getting recognized (perhaps for the first time) for their heroics. There might be a few offers of coins, but, as the expressions of gratitude get more specific, it should become apparent that the players had no hand in the deeds being described to them. Feel free to make the “rewards” more specific too–this is a great excuse to trot out some of the more overlooked items on the adventuring gear table: trade goods. As thanks for driving off a mysterious spirit, a farmer might offer the party their pick of his chickens. A haberdasher makes for them a fine set of clothes, a vintner offers up a cask of wine–for driving off a band of marauding goblins.

As soon as it becomes apparent that the players haven’t done the things the townsfolk say they have, the townsfolk start to notice. They might ask, “why do you look confused?” Or “don’t you remember?” Thus it falls to the PCs to piece together the events of the last two weeks.

Here are ways the adventurers can try and learn about themselves:

Either way, as their investigations wind down, they encounter Servin Dran, a man claiming to be the PCs’ squire. He informs them guiltily that he was spending a little time at the tavern, but that he was heading back to their base to tend the horses right away…he offers to carry the players’ belongings back by way of an apology. This leads them to the Grayfeathers’ hideout.

The manor is small but lavishly decorated. The Grayfeathers have gone all out in their hero impersonation. They’ve developed some heraldry that reflects a deed the PCs are notable for, and have displayed it where they can. There is also a small staff of servants: 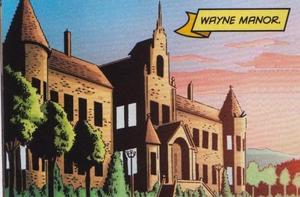 They welcome the heroes to “their home.” While in the manor, the players have the run of the place. It’s technically theirs, after all. The rooms in the manor are laid out rather plainly, but with comfortable beds. Players who learned of the string of thefts will notice that some of the stolen items are kept here. In one of the rooms, the players will find a letter thanking “the great heroes” for saving the family of one of the townspeople during the goblin raid. The letter has been crumpled up and unfolded a few times. As though the owner couldn’t quite throw it away.

Hidden in the rooms (DC 10/12 Investigation/Search) the players can also find three disguise kits and five scrolls of disguise self. Also present is a ledger, detailing a shipment of jewels from a dwarven mine–one that’s due to arrive this very night.

Players who succeed at a DC 15/18 Investigation/Search check also find a wanted poster from a neighboring city, detailing the Grayfeather gang (see below), hidden along with a bag of gems worth 75gp and a set of loaded dice (a gaming set that grants advantage [or +5 if playing 3.5e] when used, but which can be found out with a DC 15 Perception check).

Depending on how your players choose to proceed, they can intercept their doubles at two places. They can either lay in wait in or near the manor, hoping that their counterparts will return with the stolen goods soon. If this is the case, the Grayfeathers will succeed at robbing the caravan and return with a wagon laden with ill-gotten gems. Upon being attacked by the PCs, the Grayfeathers will retreat and attempt to escape the city with their wagon. 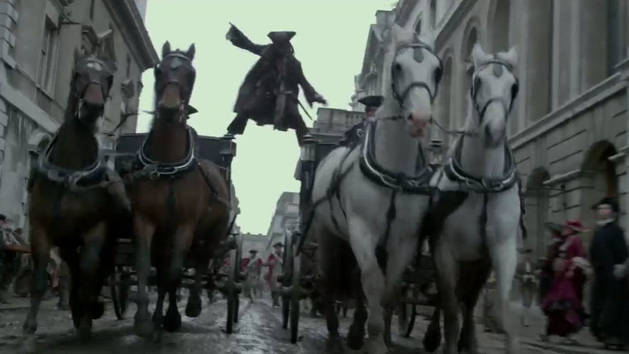 Players can set off in pursuit (see the DMG for rules on carrying out a chase sequence), and after three rounds of pursuit run smack dab into a party of goblins, bugbears, and orcs (see below) who have come looking for revenge.

The Grayfeathers, realizing the dire straits they’re in, offer a truce with the PCs, at least until they can deal with the monsters. The players can either accept (and face a smaller encounter) or they can engage in a massive three-way-brawl as adventurers, impostors, and monsters all duke it out.

After the fight, any surviving Grayfeathers will have to answer for what they’ve done. Canny players will have noticed that they seem to have enjoyed the actual heroics involved (DC 13/15 insight/sense motive) and might be able to convince those erstwhile rogues to give up a life of crime–or at least to turn their talents towards the common good (DC 11 Persuasion/Diplomacy). They might also capture the Grayfeathers–they’re not looking to fight to the death. In this case, they’ll earn a 500gp per captured Grayfeather reward. And the Grayfeathers will remember their foes.

If the Grayfeathers should get the upper hand, either during the chase or during the fight with the monsters, their leader will offer the PCs a salute, and then they’ll take their wagonload of gems into the night.

Either way, this band of rogues could easily recur throughout your campaign, either as newfound allies or as a thorn in the side of the players, ready to steal the spotlight out from under them.

Talon (a kenku rogue who uses mimicry to accomplish his goals)

Chobal (a half-elf arcane trickster who specializes in illusion)

They should be 2-3 levels lower than the party–but again, they aren’t really in this to fight the people who have been their meal tickets. If need be, have them retreat before players can close in on them. If they are caught, they will surrender. They know when they are outmatched.

Goblins, Orcs, and Bugbears oh my!

Suggested encounter is as follows: