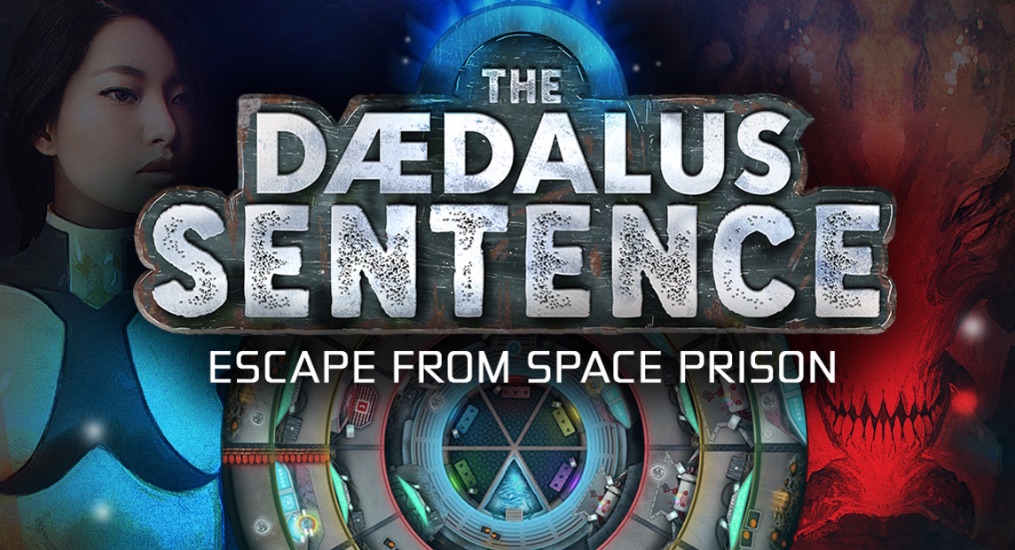 The Tabletop Spotlight is on the Daedalus Sentence – can you escape the space prison?

We get to check out a lot of neat board games here at BoLS courtesy of our friends at Dragon’s Lair Comics & Fantasy. The Daedalus Sentence is another one of those unique board games. It was a successful Kickstarter and now it’s hitting retail stores:

One of the first things I noticed about this game was the unique board. It’s made up of concentric rings. Players start as prisoners locked in there cell at the middle of the board and must make their way to the outer ring to escape. Sounds easy so far – except the board rotates! Plus all the rooms are hidden so players will need to explore the floors to uncover the hidden rooms. At the same time the players will have to avoid or fight the guards. Plus there are those pesky keys you’ll need to open the gates to the next sections.

This game is also designed to be a Co-op game for 1-4 players. But you can actually play the game with a group of 2-5 with an alternate rule set. You don’t need a “GM” for the basics 1-4 game because the guards and the rings rotate with AI decks. It actually works pretty well and it’s a pretty smooth gameplay experience.

Once you get the basics of how the game flow works you’ll be plotting your prison escape in no time. This is a pretty solid game choice for anyone looking to have a tough-but-fun experience with your friends. Because it’s Co-op it really encourages good team work and communication. You won’t be able to escape on your own and if a player gets caught twice you all lose. So escape together or fail together – that’s what the Daedalus Sentence is all about! 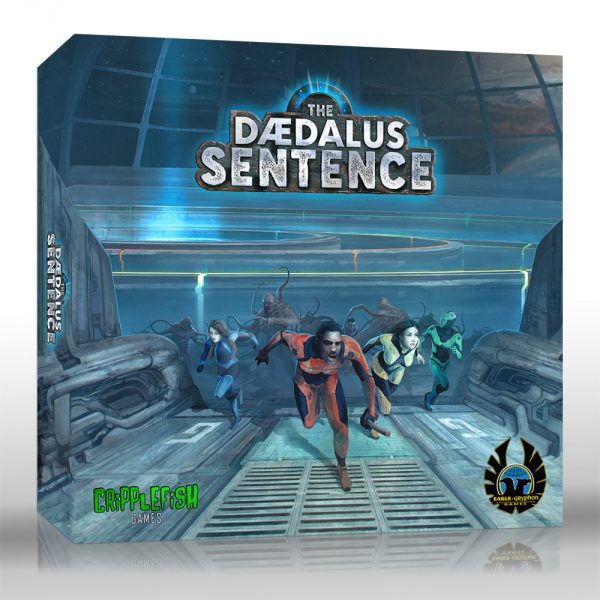 The Daedalus Sentence is a cooperative Science fiction escape game that challenges the players to use limited actions and effective communication in order to flee from their alien captors and escape a dangerous and ever-changing satellite prison.

Players must explore their surroundingsm, overcome guards, and change the layout of the prison itself – while being careful that the moves they make don’t inadvertently doom a teammate! To win the game, all players must collectively escape the Hive Prison by breaking out of each ring and reaching the escape pod without being captured by the alien guards. Each character has special abilities to help the team survive and escape.

The real question is…what did you do to end up in SPACE PRISON!?