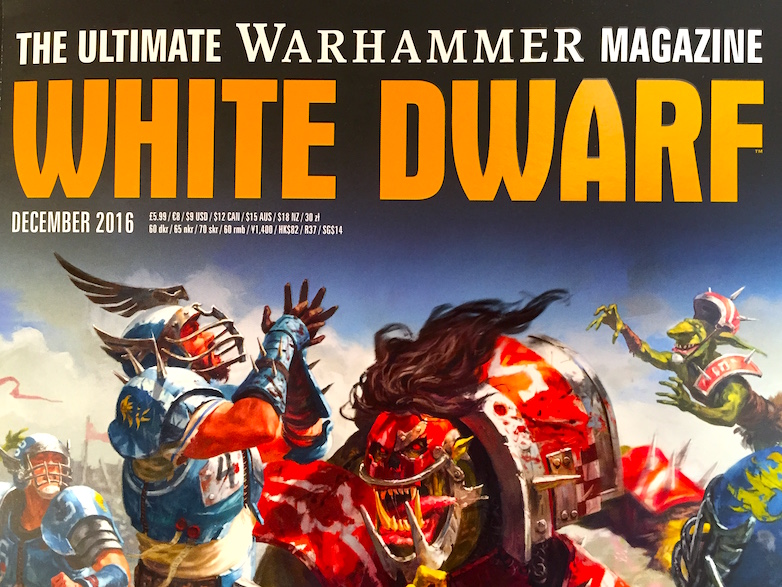 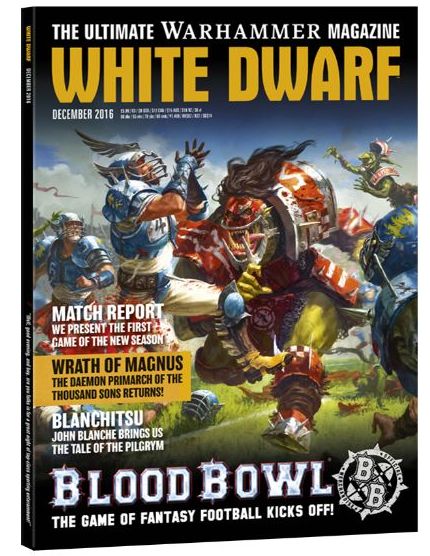 We’re breaking down the December White Dwarf for you non-subscribers.  Blood Bowl is back this holiday season to help us celebrate!

Happy holidays readers!  Back for another look at the new White Dwarf…I suppose in a couple of months I won’t be able to use the term “new” anymore.  Also, I am, despite my intention not to do so, going to include a Planet Warhammer section again.  It seems that GDub called me on this, and went all in…commentary to follow.

Planet Warhammer: This month Planet Warhammer is a whopping 24 pages (compared to 14-15 pages in the last couple of months).  For those who are not consumers of social media/podcasts/etc., this is the place to find out the latest and greatest from Games Workshop.  A great 2-page layout showing a game of Blood Bowl in progress; sure to make even the uninterested think twice about jumping in.  A 4-page foldout (NOT a centerfold for all of you old timers) that is an amazing showcase of Wolves vs Sons, including the Man (Magnus) himself.  Also an interesting graphic breaking down Blood Bowl teams by type.  Who is the most popular?  Not telllin!  The Black Library section has a nice flow chart regarding storyline of the Heresy novels, and a mini-interview with Gav Thorpe.  Computer games Space Hulk: Deathwing and Mordheim: City of the Damned are featured.  This section finishes off with an awesome, 10-page look at the new Thousand Sons.

Wolf and the Cyclops:  A short backstory regarding Forge World’s latest Horus Heresy book ( Number VII – Inferno), which by the way, is not going to be released this month as scheduled.  Look for a February release instead…at least that’s the word on the street.

Hall of Fame:  A 2-page featurette for all you Ork fans.  Some Killa Kan painting fun and models in action. 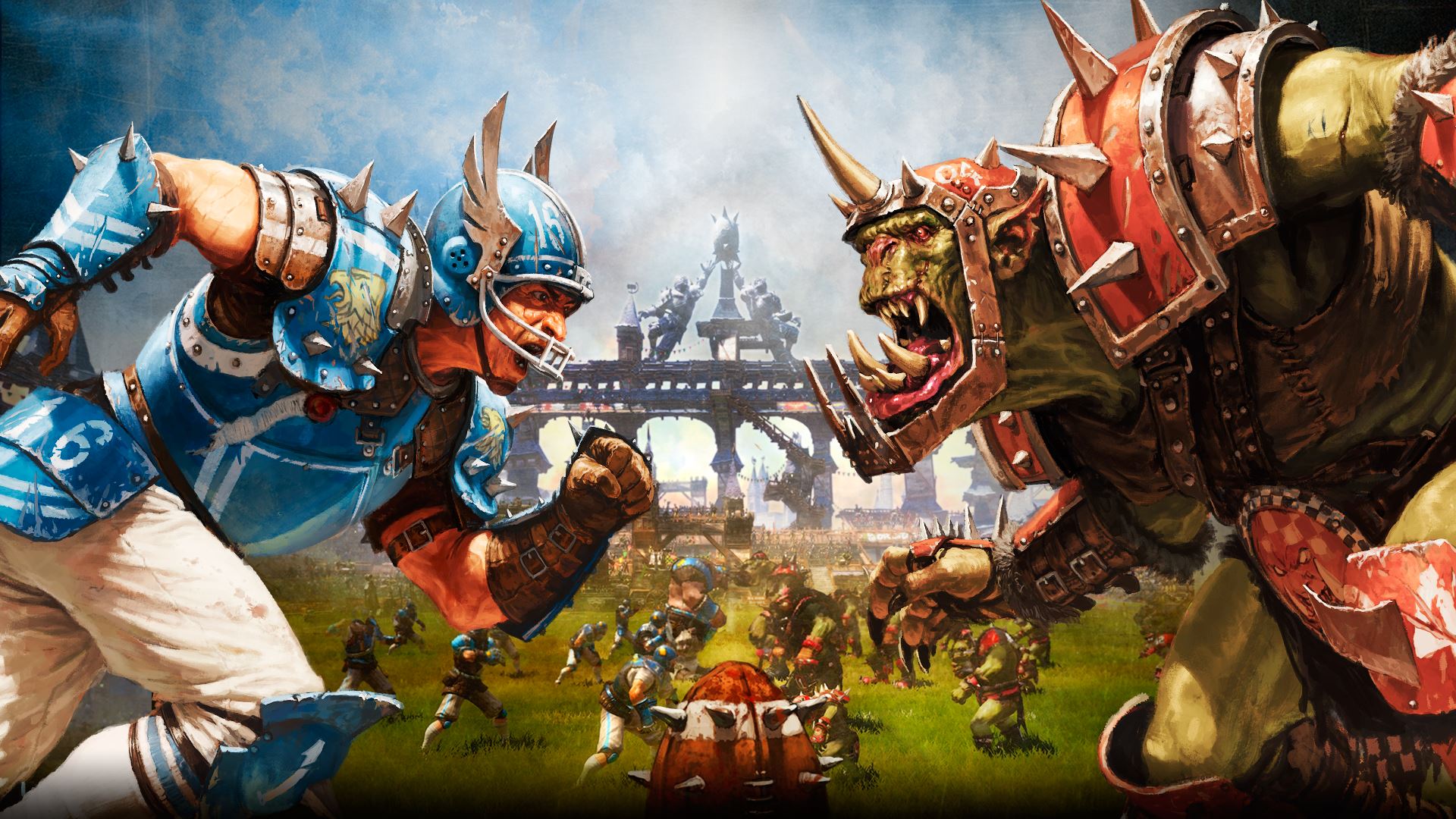 Spike Magazine:  A new feature for a “new” game…Blood Bowl!  A bit of a general introduction to rules, a player summary for the Reikland Reavers (of 2485), a season schedule, and even a player interview!

Blood Bowl:  Now they really dig into the game of Blood Bowl, with explanations of positions, stats, and formations.  If you are considering buying this, these 7 pages would be worth taking a look at first.

Blanchitsu:  A feature discussing the influence of the venerable John Blanche on the Warhammer hobby.  In terms of atmosphere, scenery and models, it is truly inspiring.

Golden Daemon:  The opening pages are freakin’ hilarious…a Giant and a couple of Night Goblins vs a Carnosaur.  I always thought the Giant model pretty big, but put him next to the monsters from Age of Sigmar, and he’s just average.  Another diorama entitled “Empurgatum Extremis”  has an Eversor Assasin taking a head shot at a Dark Elder…with a copious amount of blood existing the back of the Dark Kin’s head! 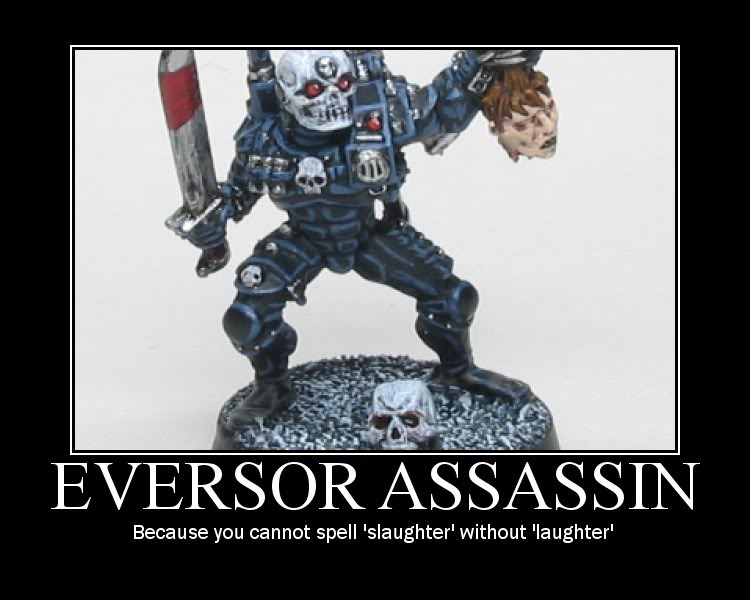 Tale of Four Warlords:  This feature continues with Sylvaneth Outcasts (kind of like Dark Elves are to the Eldar), a blue Nurgle army featuring Bloab riding Bilespurter…classic names.  Death sees Mannfred, and Destruction features a Wierdnob Shaman and a Megaboss. 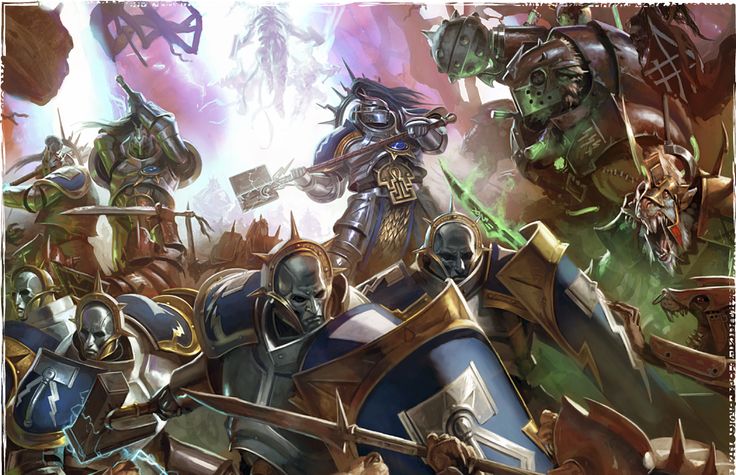 Army of the Month:  Knights of Azyr are showcased in December.  Bags full of Stormcast, with several Stardrakes along for the ride.  Beautifully painted and a joy to look at to be sure.  9 pages of AoS goodness.  So much detailing.  Truly a thing of beauty.

Battle Report:  This month is something completely different…a Blood Bowl battle report!  Outstanding!  Formation diagrams in abundance, lots of pics, team rosters, and an authentic play-by-play.  This is another feature of this month’s issue that I spend quite a bit of time on.  Where real men (and Orcs, Skaven, Dwarves, e.g.) play football!

Armies on Parade:  I love the diversity of armies displayed on these pages.  Khazek, King of Ashes, is the AoS winner for me.  Best of all, a two page Admech army that looked freakin’ amazing! 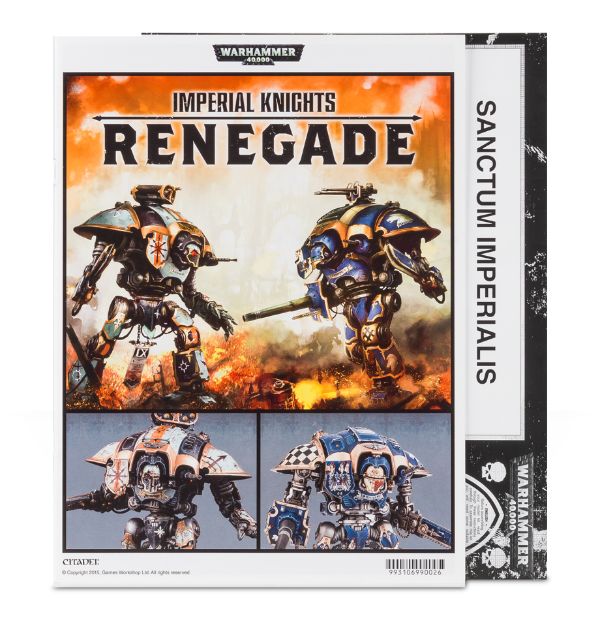 New Rules:  Another section of White Dwarf, which by itself, has been worth the price of admission.  This month is chocked full of rules.

The Crimson King:  6 page feature with backstory and art for Magnus.

Battleground:  If you enjoy great gaming tables, you will enjoy this regular feature.  This month, the Assault on Muster Tredecimma table is featured.  This venerable playing surface has been on the road for some time, and is now retired.  Wonder if it will be for sale…hmm… 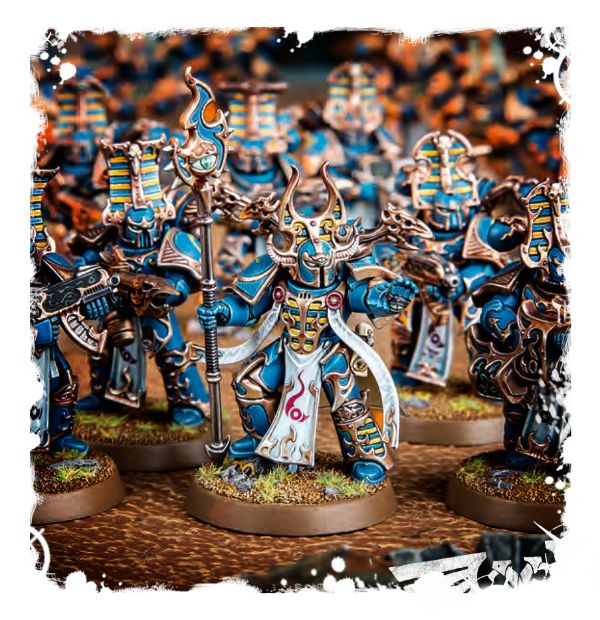 Parade Ground and Readers Models:  These two showcases finish us out this month.  Lots of great ideas and models to admire.

One of the many things that it is great to see is that GDub is providing ongoing support/new content to existing games.  The fact that there are additional rules for both Lost Patrol and Imperial Knights: Renegade is noteworthy.

That’s a wrap for December 2016.  Hope you have had a chance to page through the new magazine and take it for a test drive.