Warhammer 40,000 Narrative is advancing for the first time in years and I’m excited to see what happens next!

With the Fall of Cadia on the horizon and the rumors about 8th Edition around the corner I’m really looking forward to seeing what Games Workshop has planned for the future of 40k. I’m not even talking about possible rules changes and tweaks – I’m talking exclusively about the narrative arc for Warhammer 40,000.

Now, Big Red already talked about what Games Workshop’s options were for the Emperor, I’m not going to rehash that. I want to press forward to see what else is available to do with a setting that pushes past that “5 minutes to midnight” vibe we’ve had for years. I think there are some big advantages to shaking things up and that’s what I wanted to focus on today.

Shaking Up The Universe of Warhammer 40,000

How many times have we seen Games Workshop push the envelope ever close to midnight only to smash the brakes and stop. Then they pull the old “Just kidding, here’s a new edition that resets the clock!” Well I don’t know about you but I’m ready to lay on the gas and barrel right past the old setting and see what else is out there. 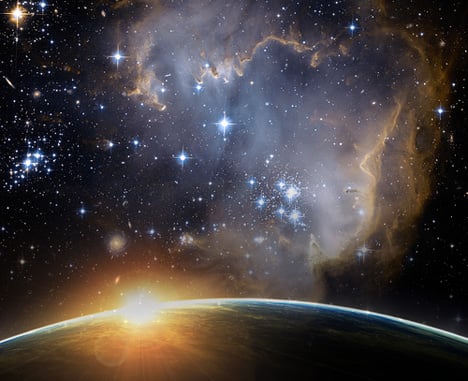 I’m hoping that Games Workshop gets away from seeing Warhammer 40,000 as a hard time limit on their game system and they start seeing Warhammer 40,000 as a GAME SYSTEM. Other game systems have been able to push past those artificial time limits before. By actually moving the narrative clock past the 41st millennium they are opening up their game to actual change – and that should get everyone excited!

Think of all the narrative shifts that could happen. What if the Imperium does get fractured? What if the Tau do rise up on the Eastern fringe of the Galaxy and create a new empire? What if the Necrons do all wake-up and start attacking? What if the Orks learn to love? …Okay, maybe that last one is a bad example, but you get the idea. It’s new territory that’s been hinted at and now we actually get to see those things play out!

Shaking Up The Factions

One of the big rumors surrounding 8th is that the Primarchs are coming back. We’ve seen it happen with Daemon Magnus, and while that was awesome, it’s still not the return of one of the Loyalist Primarchs. Think about it. I mean REALLY think about the implications if an actual Loyalist Primarch comes back. These are the first sons of the Emperor – his blood flows in their veins (genetically modified of course). They knew their father and walked beside him – they knew him as a MAN. How does that line up with the rest of the Imperium viewing him as a GOD?

This could lead to a giant schism in the Imperium. The entire Ecclesiarchy would have to reconcile their views with the fact that Primarchs are walking around telling them how the Emperor actually was and not how they made him out to be. Faiths would tested and when that happens…well, you get the picture.

This also allows for the other races to advance as well. Maybe the Tau will actually get to learn the secrets of Warp Travel. Maybe the Eldar will find a way to defeat Slaanesh and they will have their big battle. Maybe the Tyranid Hive Fleet that we’ve seen thus far are just the scouts and the REAL fleet is about to arrive. The possibilities are only limited by the fact that currently the clock stops at 40,999…but that could all change with 8th!

My biggest hope for 8th is that the writers will take this time to really push the story forward into new and unexplored themes. I think we’ve seen the tip of the iceberg this past year. We got several events that planted seeds (in some cases literally) of change to the universe. We’ve gotten some new factions and sub-factions as well – armies that I personally we’d never see again! And they are hitting the mark as far as their rules matching their lore and making them fun to play.

But think of all the other races and sub-factions that could appear and what else Games Workshop could do to shake those up. For example, what if a “Traitor Legion” flips it’s loyalties and becomes loyal again? Can you imagine a legion corrupted by their time in the warp and they return to defend the Imperium? It’s not like there is a shadowy legion of Chaos Space Marines that have secret goals or anything… 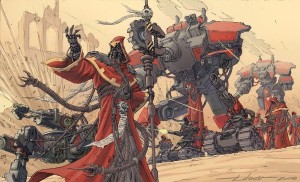 Have you ever wondered why the Imperium uses Servitors and not AI Robots more? I have… and I bet it has to do with the concept of Rogue AI. What if there was some forbidden tech that Ad Mech has been sitting on – this Rogue AI – and it some how gets loose and starts to infect portions of the Ad Mech? I’m not talking about Dark Mechanicus, and I’m not talking about Necrons 2.0,  I’m talking about a new faction of AI controlled robots! And their only goals are self preservation and self replication. That’s pretty scary when you think about the implications as well.

What if these new changes to the fabric of the 40k Universe also extended out to the Warp as well? What if it changes the chaos gods in the process? In Age of Sigmar, currently, Slaanesh is missing in action. We haven’t seen any new Slaaneshi rumors or stuff in 40k for a long time either. Perhaps Games Workshop is trying to time the return of Slaanesh in both systems with a proper revamp of the model line AND story line. If they do it right they could preserve the past incarnation while changing it for the future. This is a pretty wild theory but who knows what Games Workshop actually has planned?!

I know it’s a lot of wild speculation but that’s the point – the possibilities are out there. I think Games Workshop learned a lot from Age of Sigmar’s reset – they aren’t going to blow-up the Universe for 8th. But I do think they are going to make some fundamental changes to the status quo.

GW needs to push past that artificial time limit they imposed on themselves because the name is 40,000. It’s still going to be the Grim-Dark, but with 8th edition, they can actually have things in the lore matter again. They can end the cycle of “just kidding, here’s the reset button” and we can all move on to a cool new universe to explore.

So what do you think? Are you excited at the possibilities of 8th? What are you looking forward to with a new edition? 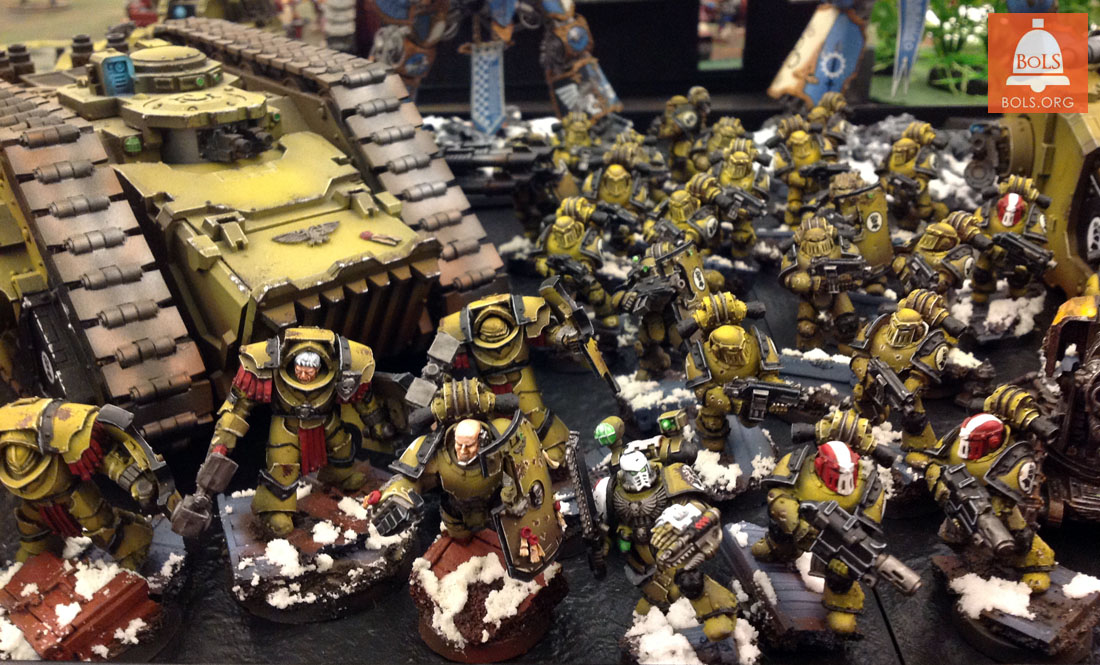